Seventy new benches have been installed in the Uffizi, each designed to sit five people. Sturdy but comfortable, they are made of wood and leather in a style that is contemporary but sympathetic with the gallery’s Vasarian architecture. They can be found under every window on the second floor, having replaced the old seats that had been in use for 20 years and that only approximated to 100 places. 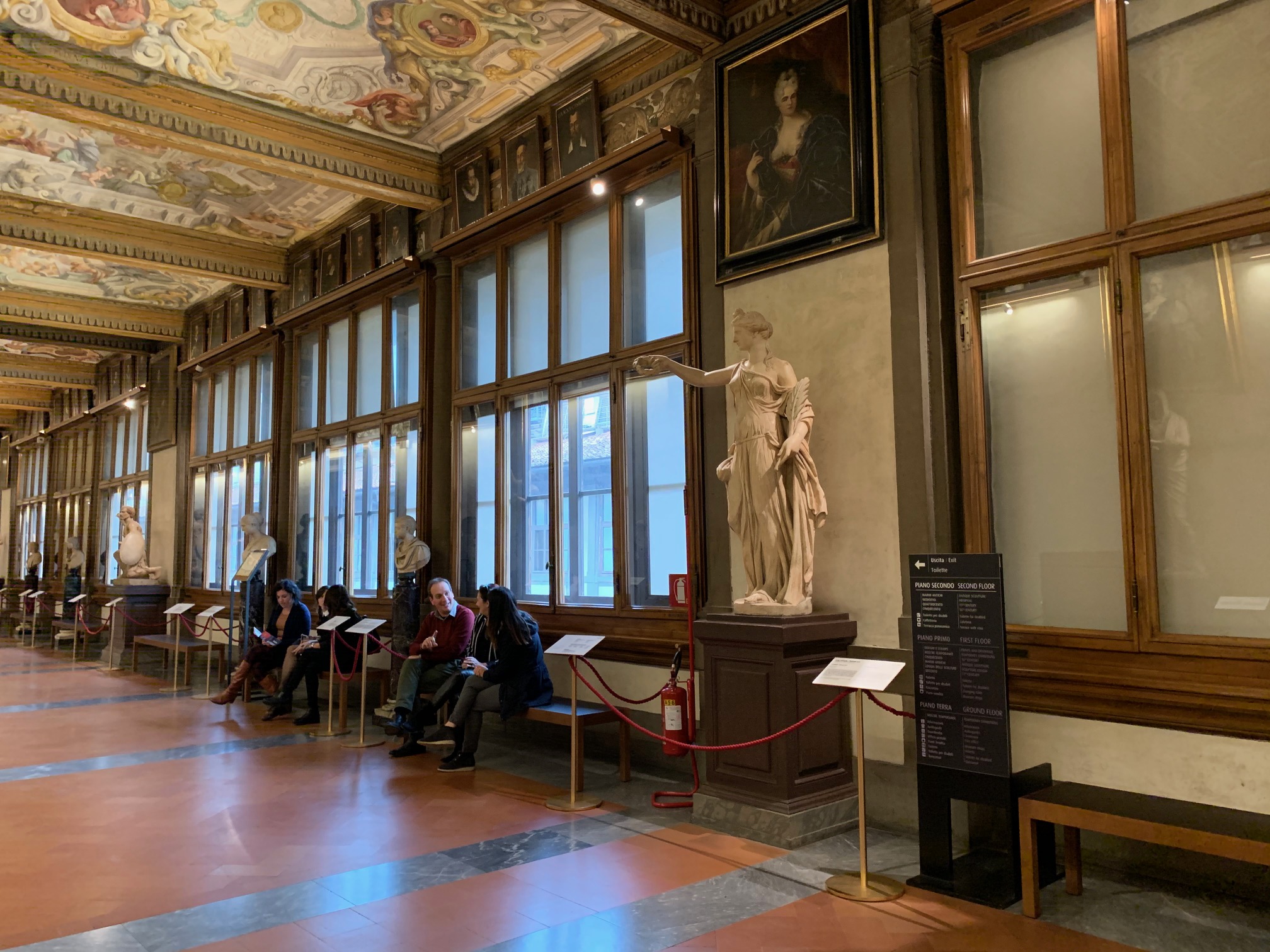 The Uffizi’s new seating on the second floor

This continues the Uffizi’s seating drive, which began in February 2018 with 78 (mostly four-person) benches on the first floor, where previously there had been none. A similar initiative is taking place in Palazzo Pitti, where 41 benches were installed last July, 30 of them inside the Modern Art Gallery, for a total of 123 new seating places.

“Until a few years ago we had only a hundred or so places to sit in the whole museum, and most of them far from the exhibits,” said Eike Schmidt, director of the Uffizi. “Now we have more than 650. This marks another step forward in our aim to create a gallery which always meets the visitors’ needs.”