The cast iron and glass structure opened with an impressive horticultural show in May 1874 and has remained the core of the San Lorenzo neighbourhood for 145 years. Now, the ground floor of Florence’s central market is changing things up a gear. 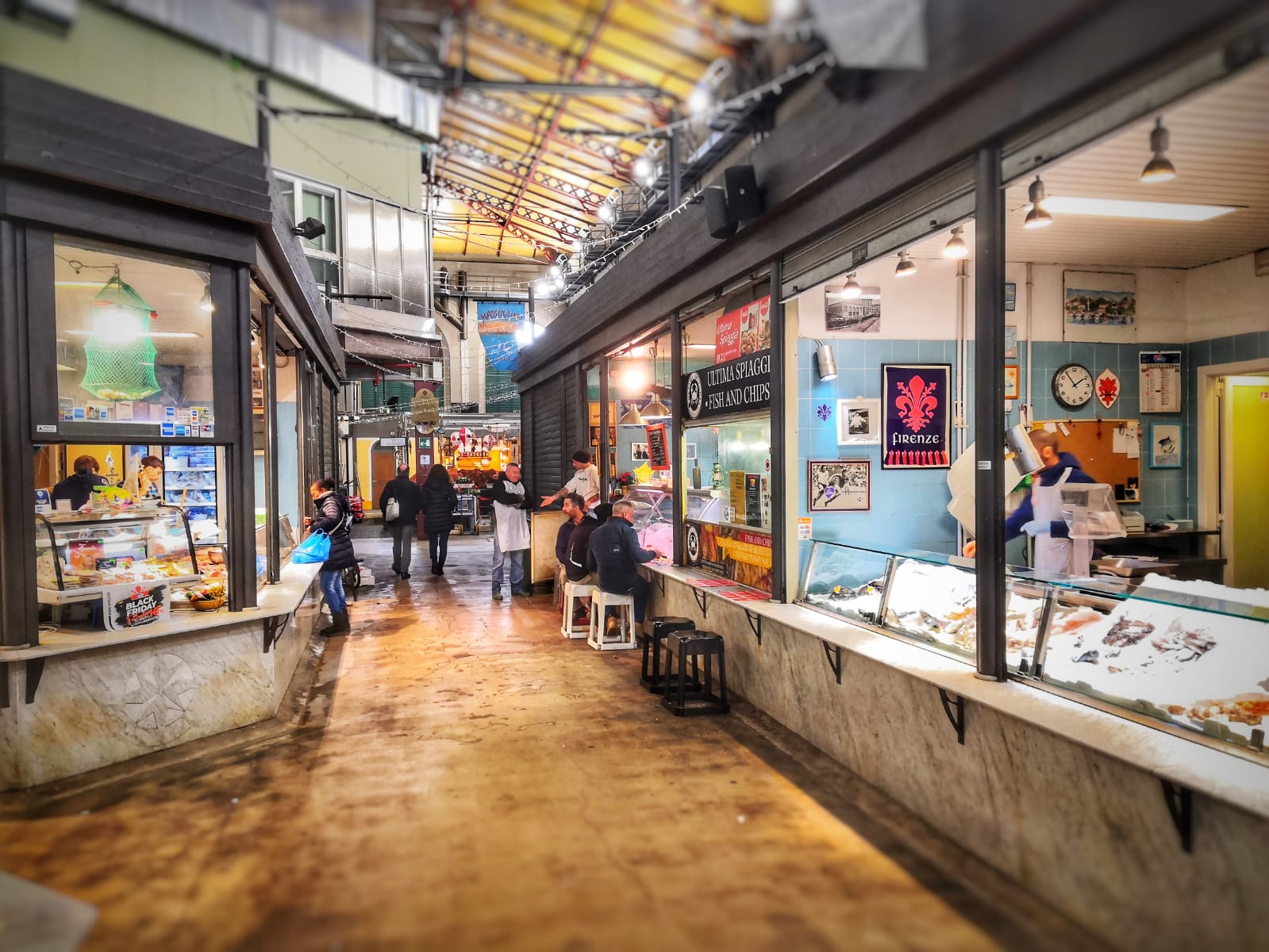 “After 145 years, we decided to change the name to reinforce our history and identity,” commented Massimo Manetti, president of the Historic Central Market Consortium. “It’s a way of best communicating the philosophy that we have always stood for: being a market for Florentines as well as a place brimming with experiences. In addition to the new name, we decided to introduce several initiatives, such as a discount card for residents living in the San Lorenzo area and a home delivery service—that agreement is still being defined—in an effort to encourage locals to stay in the city centre. San Lorenzo is a vibrant, multiethnic neighbourhood; it’s popular among tourists but the Florentine identity remains intact. The SLoWrenzo Storico Mercato Centrale is the hub of San Lorenzo, which is why a revitalization plan for the entire neighbourhood must begin here.”

SLoWrenzo Storico Mercato Centrale is the epithet recently acquired by the stallholders on the ground floor of the historic central market. The rebranding has been emblazoned on taxis around the city centre and has been accompanied with publicity in the local press.

“For years as an administration, we have worked to protect the city’s social fabric and the figures regarding businesses safeguarded by the UNESCO regulations and the resident figures are gradually proving us right,” explained Maurizio Sguanci, president of Florence’s Quartiere 1. “With SLoWrenzo, we want to offer families the option to do their grocery shopping and buy genuine produce in the heart of the city, in the San Lorenzo neighbourhood. It’s a way of supporting tradition and quality at the same time.”

As from December 9, the nearly 70,000 residents living in Florence’s historic centre will be able to collect a card, which entitles them to 10 percent off shopping from designated stalls in the ground floor market between January 2 and June 30. The card can be picked up from the Historic Central Market Consortium stand by the entrance in piazza del Mercato Centrale from Monday to Saturday, between 10am and 2pm. Additional actions have included discounted parking beneath the building, which now costs 1.50 euro for the first two hours on showing your grocery receipt, and a drive to go plastic-free—shoppers are urged to buy the market’s hard-wearing canvas bag.

The market’s role as a cultural hub continues to be fulfilled through regular events, such as the recent Palio della Trippa with home cooks showcasing their tripe recipes in front of a panel of chefs and journalists, and solidarity for the International Day of Elimination of Violence against Women and a “pink” fundraising aperitivo after Corri la Vita. See the Facebook page to stay updated.

It doesn’t stop there. Upcoming measures by the consortium are likely to include a repurposing of the market’s layout to emphasize the building’s importance as a community hub.

For the Christmas table 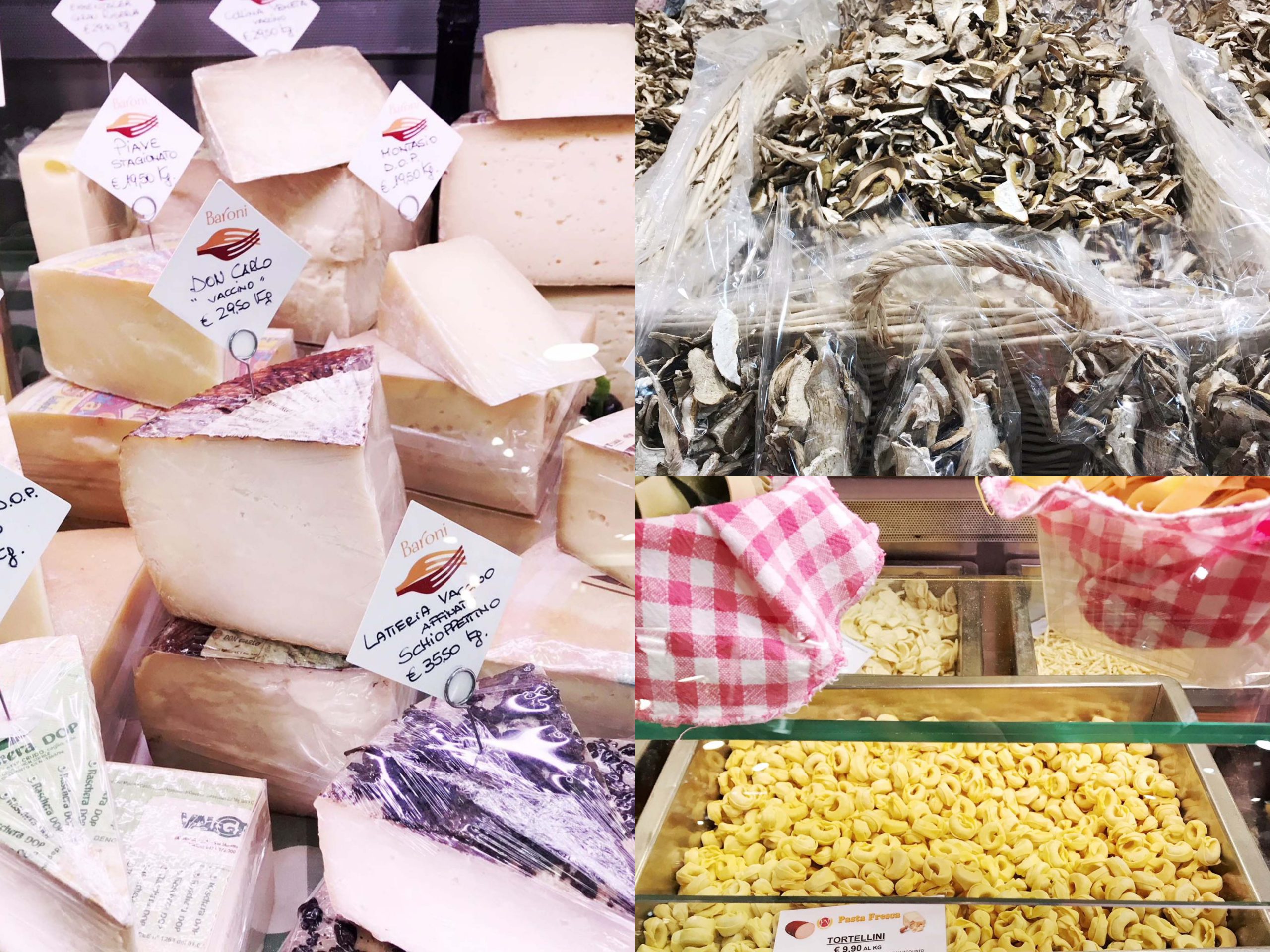 Dine out on discounts on the ground floor at Mercato Centrale to select culinary treats for the Christmas table. From quality cheeses to fine wines and homemade cakes, the goose won’t be the only one getting fat this holiday season.

CHEESE /  Perhaps the most eclectic cheesemonger in Florence, I defy anyone to walk by Baroni Alimentari and not succumb to a wedge (or three). From fromages like Gruyère and unpasteurized Comté to northern Italy Raschera and Asiago, Alessandro and Paola wax lyrical about their astonishing stock. There’s also a fabulous range of salt and pepper—Himalayan pink, Persian blue and Hawaii red—from all around the world.

PASTA /  Truffle ravioli, gnocchi, tiny pasta shapes for soup: the list is almost endless at FN Pasta Fresca. Order your tortellini for a traditional Christmas Day lunch or stock up on homemade wild boar sauce to pair perfectly with the rough-to-the-touch pappardelle. Shop like a Florentine and make the most of the daily discounts: 30 percent off ravioli and tortelli on Tuesdays and tortellini on Thursdays.

FUNGHI /  You smell them before you see them. Simone Calugi’s Selektia Funghi stall is piled high with mushrooms, primarily porcini whose cost rightly varies according to quality: 10 euro will buy you 100 grams of favolosi, while 15 euro will bag bellissimi! Calugi’s pedigree says it all: his father Renato was a renowned Tuscan truffle hunter and fresh tubers from San Miniato and Creti Senesi are available (for a price) from this humble market stall.