Livorno-born Amedeo Modigliani wasn’t a successful artist in his lifetime. The often penniless and drunk artist traded paintings for food in the Montparnasse and Montmartre neighbourhoods of Paris, where he moved in 1906. Things have changed: in 2018, the highest sale price ever achieved for a work of art in a Sotheby’s auction was for one of his reclining nudes at $157.2 million.

The city of Livorno has finally managed to honour “Dedo” with an exhibition this season, marking the centenary of the artist’s death, and this in itself is no small feat. 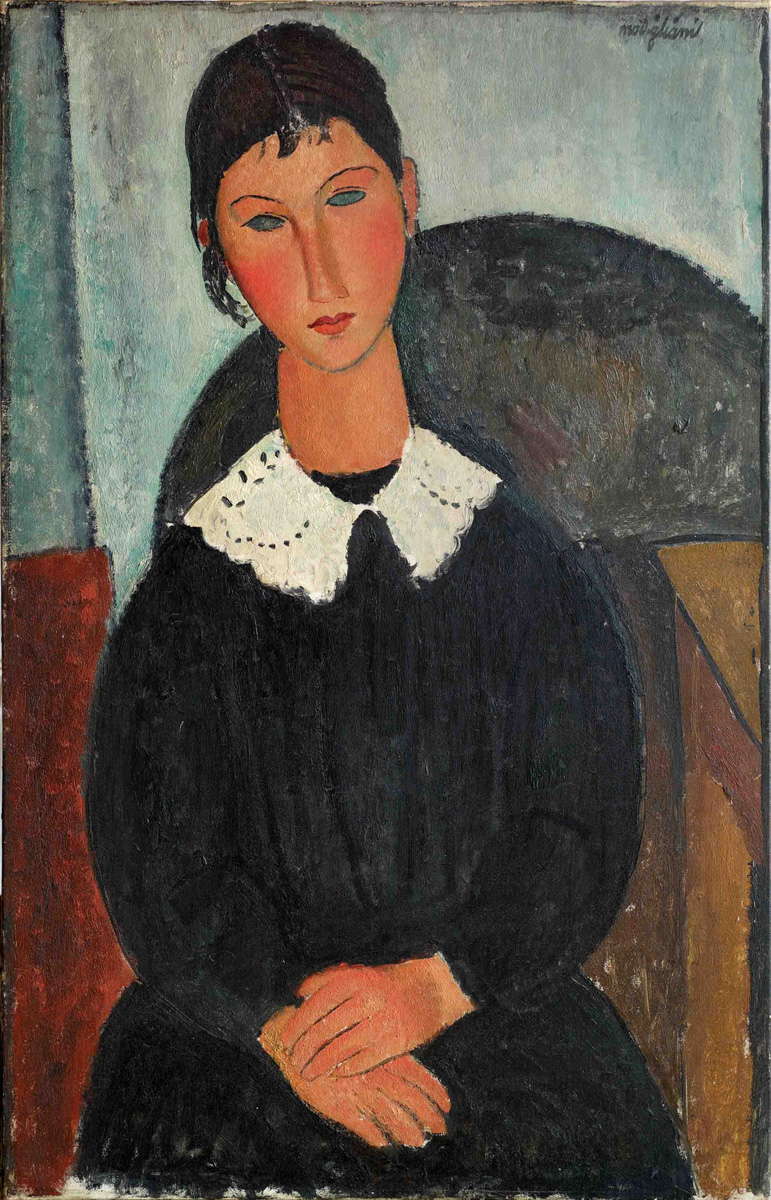 Modigliani shows, particularly on the Tuscan coast, are risky business: an exhibition of 21 paintings in Spring 2017 at Genoa’s Palazzo Ducale closed early when only one work proved to be authentic; the fakes were confiscated and destroyed by the police. The curators and organizers from MondoMostra Skira have been identified as suspects in an ongoing investigation by the Carabinieri’s art squad. The last time a show was mounted in Livorno, it was 1984, at the Museo Progressivo di Arte Moderna. Criticized for containing only four sculptures, the curators decided to dredge a canal where the artist was reputed to have thrown some heads back in 1909; they found three, promptly declared them authentic and caused a tourism boom until three art school students confessed to having made the Modigliani-esque heads with a Black and Decker drill. So, last November, when the city of Livorno announced the opening of the exhibition Modigliani and the Montparnasse Adventure: Masterpieces from the Netter and Alexandre Collections, one had to be sceptical. Would this be another massive fail?

In short, it’s not a total let-down: the works are almost surely authentic, but the exhibition itself may not be the tribute to the hometown boy that the locals hoped for. French curator Marc Restellini has been compiling the catalogue raisoneé of authentic Modiglianis for decades and is aware of the presence of “at least 1,000 Modigliani fakes in the world,” as he told The Telegraph during the Genoa scandal. The works on display, a traveling exhibition, have pedigree: they belonged to two of the most important collectors close to the artist during his lifetime: first, Paul Alexandre, who encouraged Modigliani on his arrival in Paris; and the bulk from the duo of Léopold Zborowski and Jonas Netter, a Polish poet and friend of Modi’s, and his financier, respectively, who snapped up the young artist’s finest masterpieces. 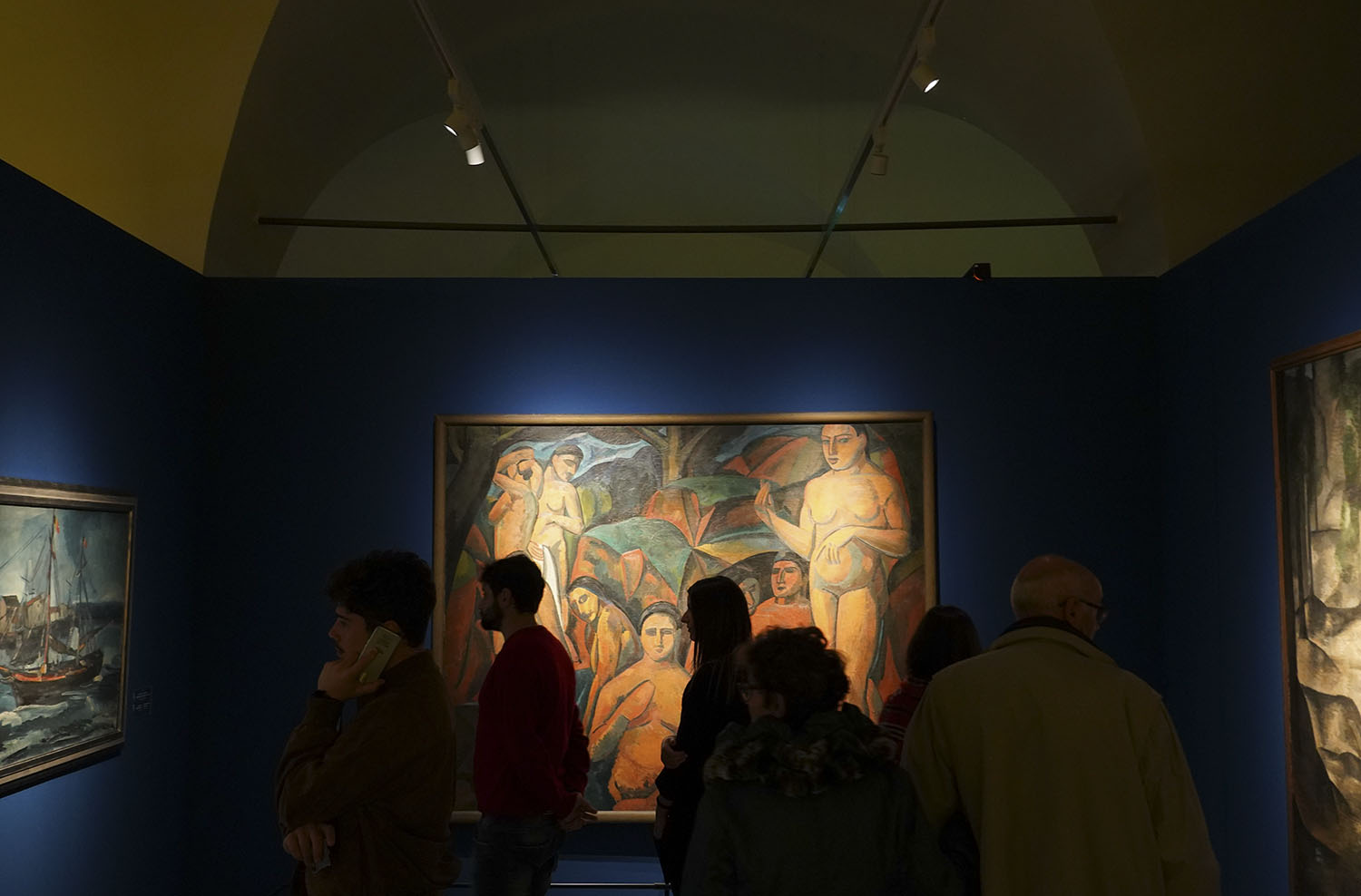 The number of works by the headlining artist is small—some may say disappointing—at 14 paintings and 12 drawings, but the quality is unmistakably high. The drawings reflect Modigliani’s mind at work, little more than outlines that trace the essential shapes of the body as he saw it. Then there are the portraits: beautiful enigmatic images that say as much about the sitter as they do about the artist. Seeing them in person is truly worth the day trip. A large Portrait of Elvira with the Livornese’s characteristic blank, blue eyes reminiscent of Egyptian sculpture is much more textural than can be gathered from reproductions, and one appreciates how quickly the artist worked, with brushstrokes tapering off at the bottom edge of the canvas. 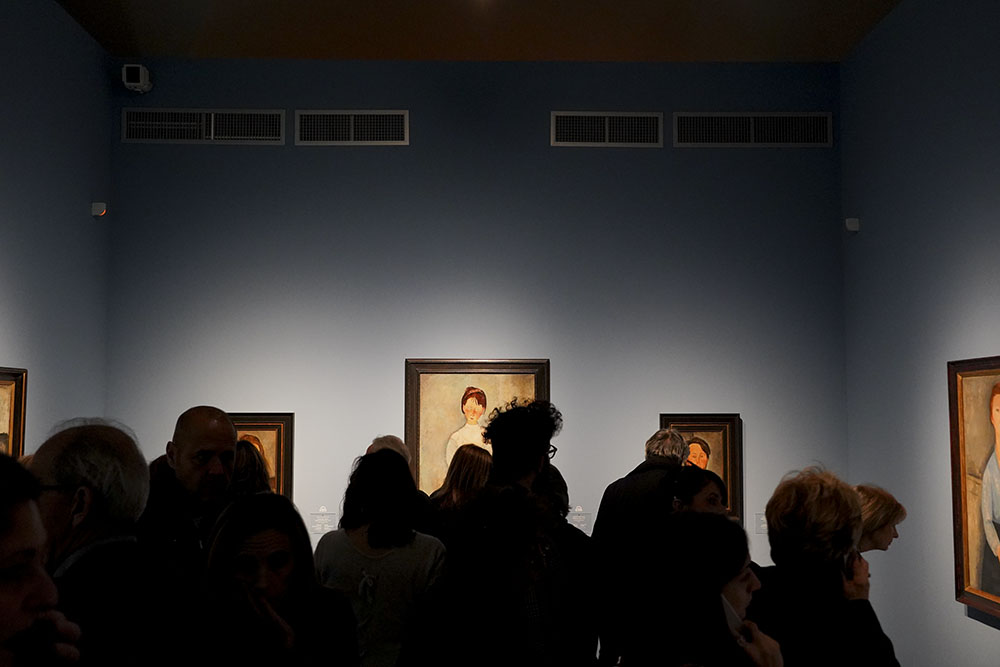 The small Portrait of Léopold Zborowski perfectly encapsulates Modigliani’s friend and intermediary: Bohemian yet slightly haughty. The expression of the exhibition’s “poster child,” Little Girl in Blue, is all innocence and embarrassment, naïve but haunting. These are works that deserve breathing room to observe them in a meditative state of mind, which makes the curator’s choice of cramming the show’s nine most important paintings into a small square space impractical. Given the crowds this exhibition is drawing, my advice is to see it midweek if possible, first thing in the morning, and to head straight for the Modiglianis, skipping the rest. 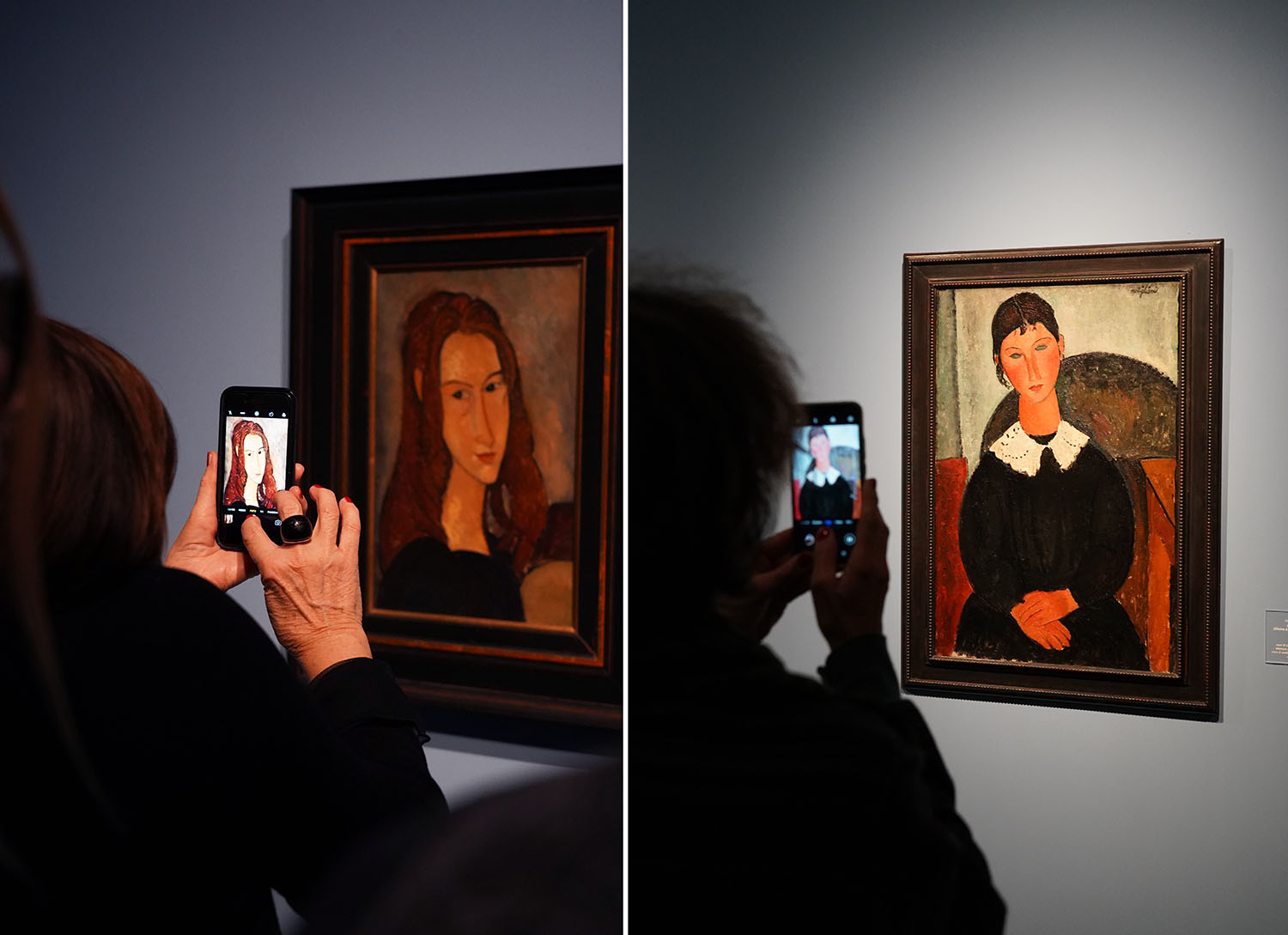 The other hundred or so works were collected by Netter and Zborowski. The closest to Modigliani, in friendship but not in style, is Chaïm Soutine, a Russian–French painter of Jewish descent whom the Italian rather forced on his patron. Other artists on display were players on the Montmartre scene, but not the top ones: see André Derain’s Picasso-esque Large Bathers or Moïse Kisling’s Modigliani-style Nude Reclining on a Sofa. We meet Henri Hayden’s still-lifes and Isaac Antcher’s landscapes. The visitor is led through these artists’ works with ample panels about the role of the collector. Rather, it might have been interesting to spotlight each with a few paintings and introduce the many personalities and styles born out of this fertile period in Paris in a way that would add to our understanding of Modigliani.