Benvenuto Cellini, a talented sculptor and goldsmith in the age of Michelangelo, wrote a dark and hilarious autobiography that exposed the racy side of the Renaissance.

Benvenuto Cellini, a talented sculptor and goldsmith in the age of Michelangelo, wrote a dark and hilarious autobiography that exposed the racy side of the Renaissance. 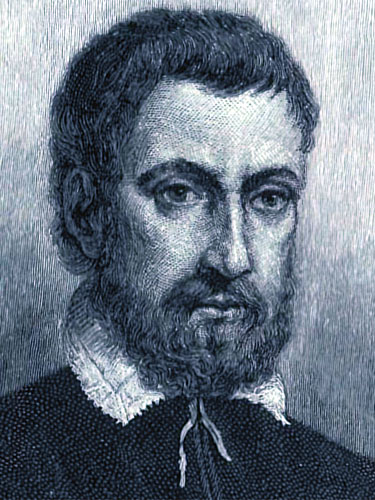 Some is what you would expect from an artist with an enormous ego: detailed descriptions of the creative process and the joy of seeing a public appreciate a work of art that took years to perfect. The rest is revealing and shocking. He tells us that he nearly lost his sight after getting STDs from sleeping with countless servants and models, both male and female. He tries to murder anyone who insults him, but his powerful supporters keep shielding him because, as he claims a pope said, “Men like Benvenuto, unique in their profession, stand above the law”. Thankfully for us, he couldn’t dodge the fourth sodomy charge — under house arrest, he had all the time he needed to record an unforgettable portrait of a fascinating world.

Everyone in the Renaissance with wealth and power, from kings to mercenaries, was obsessed with art. They loved beautiful objects, but even more, they desperately wanted to appear cultured and legitimate. As one of the time’s most in-demand artists, Cellini worked for popes, kings, cardinals and dukes. Many of these figures who appear sophisticated and serious in stately portraits adorning museums around the world today come off looking like buffoons. The 16th-century duke Cosimo de’ Medici is no Lorenzo the Magnificent, his distant ancestor who ruled Florence in the 15th century and was known for his excellent taste. Cosimo patronizes Cellini’s greatest rival, an artist on the wrong side of mediocre. Cellini acidly remarked “how many thousand ducats had recently been squandered upon ugly pieces of bad sculpture turned out by that beast of a Buaccio Bandinelli. Calling him “Buaccio,” which meant “blockhead”, was a pun on his actual name “Baccio”. Cellini even composed a nasty little poem calling Bandinelli’s father an “ass and pig”.

His relationships with patrons are equally frustrating for reasons more economic than artistic. A Spanish bishop, despite a massive income, endlessly delays paying for a costly vase Cellini made for him. Thankfully for the artist, someone broke it and sent it back to him for repairs. To finally receive payment, the frustrated Cellini had to don chain mail and arm himself with a long dagger, in case the churchman decided to have him killed rather than pay him for the work. He storms over to the bishop’s palace and refuses to hand over the vase until he is paid. One wonders how many more works of art would have been produced if the artists had not have to waste so much time and put their lives at risk trying to collect what their rich patrons rightly owed. 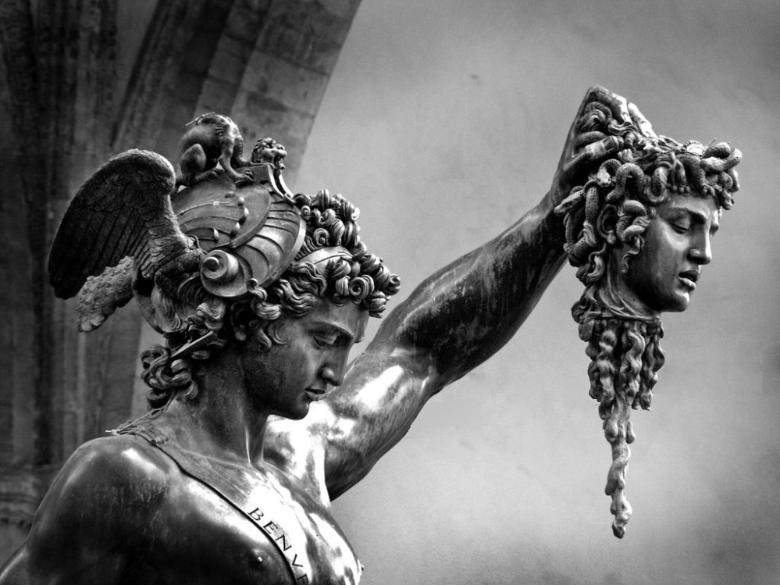 Pope Clement VII gets some of the worst treatment. He commissions Cellini to make an intricate cup, but expects the artist to buy a great deal of costly gold for the project at his own expense. When Cellini takes forever to complete it, both because he was suffering from a STD he caught “from that fine young servant girl” and because he was not being paid, the pope becomes “no more than a vicious beast” and threatens to throw Cellini in jail unless he hands over his not-yet-completed work. Cellini was furious, as he had bought the gold with his own funds and thus considered it his property. The pope then asks him to seal it up and hand it over, promising not to open it. Cellini does so, saying, “I should be glad to know what a Pope’s word was worth.” Of course, the pope mumbles some excuses and breaks the seal right away. He comes off childish, untrustworthy and immoral, hardly a role model heading the institution supposed to give all of Europe moral guidance.

Cellini has countless flings with young men and women, the seedier side of Renaissance life. He has a child with one, gives her some money “and from that time forwards I had nothing more to do with her”. On another, he says, “I keep her principally for my art’s sake, since I cannot do without a model; but being a man also, I have used her for my pleasures.” When she cheats on him with one of his assistants, he sends her away. She counters with a lawsuit claiming he “used the girl after the Italian fashion” (meaning sodomy), which was by law punished with burning at the stake. The charge was probably justified, but he makes such a theater of the court with repeated denials of his culpability, threats to complain to the king, and yells to send the woman and her mother to burn at the stake that the judge lets him off. Cellini later forces her and his assistant to marry, with a threat to stab her lover “till your guts run out upon this floor” if he resists. He then engages her again as a model and sleeps with her just to spite the new husband.

The funniest part of the book is Cellini’s love for picking fights. This goldsmith and sculptor with refined aesthetic sensibilities had permission to walk through Rome wearing chain mail and a sword, because he never knew when he would run into someone he felt the need to kill or someone with a vendetta against him. At one point, while having dinner with friends, he hears someone badmouthing his hometown of Florence. The way he describes it made me laugh out loud: “taking the insult to myself, [I] slipped out quietly without being observed, and went up to him…When I met him, I asked if he was the rash fellow who was speaking evil of the Florentines. He answered at once: I am that man. On this I raised my hand, struck him in the face and said: And I am ‘this’ man.” They draw their swords and almost kill each other. Cellini thought it was a proportional response to a few bad jokes about his hometown.

It is hard to think of a more interesting life than Cellini’s, nor a better time for someone like him to live. He got away with constant deadly hijinks that would have had anyone else thrown in jail, but his wealthy patrons kept bailing him out because they could not bear living without the prestige his works brought them. They were on to something — many are only remembered today because of the art they commissioned, which granted them a sort of immortality. Cellini’s autobiography pulls the curtain away and shows us how they really were, at least as a self-obsessed artist perceived them. 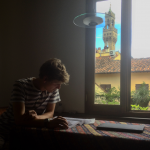 Martin Chorzempa is a research fellow at the Peterson Institute for International Economics, where he is a specialist on China. His passion for Renaissance history has brought him to Florence every year for a decade and inspired him to write essays on the 14th-century crisis of the Bardi and Peruzzi banks, as well as an investigation into how Renaissance manuscript hunters like Petrarch and Boccaccio described their quest to discover lost works from Greece and Rome. You can follow him on Twitter @chorzempamartin.