I was three Negronis deep with my friend Valentina recently when the conversation took a familiar turn. You know the one: discussing the merits and drawbacks of the day-to-day in our adoptive country versus our native one, and how they play into our personal psychologies.

Particularly after a certain amount of time passes, these conversations become pat and predictable, too easily facilitating defensiveness and blanket statements. They’re generally not worth having in group settings, and certainly not with people who don’t Get It. Yet they’re illuminating and essential when held one-on-one over several years with a friend like Val. The conclusion always boils down to some variation of “there are pros and cons to every place, life is not black and white, we are fortunate to have the richness of experience that we do and the emotional fortitude that comes with it. Evviva! Another round!”

I was unprepared, though, for a strange talking point Val raised at our latest installment. Initially, she was sharing her appreciation of Italians’ reverence for ritual, of their acknowledgment that there is a prescribed time and place for all things. But instead of banally describing how she, say, follows “the cappuccino rules”—seriously the number one motif in the flattest, get-me-out-of-here versions of this conversation—she said, “I mean, Italians sleep in the bed if they have a bed. They’d never let themselves fall asleep on the couch and just spend the night there.”

Okay. I wasn’t sure where that came from, but being self-involved, I thought it might be a personal callout, even though there was no way for her to possibly know that the previous night, I’d intentionally slept on my couch. My “I-think-I-can-I-think-I-can” washing machine had collapsed mid-cycle with all my bed linens in it, and, needing to collapse myself, I did not deal with it immediately.

But Valentina got me thinking about my sofa and the types of sofas supplied to tenants in Tuscany. “Mine” is one of the only pieces in my partially-furnished rental that I didn’t buy. It’s a hulking, unattractive and uncomfortable IKEA Klippan, and the shimmery slipcover I purchased for it likely cost more than the couch itself. As it is not a pullout divano letto, it is useless for guests, except in how it’s helped me filter them out, since my litmus test now for hosting someone is whether I’d be willing to share a bed with them. (I do have an inflatable mattress in storage, but truly, who has the time?)

I’m not sure I agree with Valentina’s assessment that all couch snoozing is a cultural no-no, even though she had anecdotal examples. See, the previous tenants in my place, a lovely Florentine couple, told me that it had initially been couch-less (the tiny living area is just a converted foyer). Since they’d wanted to have houseguests—and, you know, a place to sit—they’d asked the owner to purchase a pullout sofa, and she kindly obliged, but with a bargain-bin solution without any built-in bed.

It would appear, then, that a moneyed Florentine lady of a certain age assumed this couch would be suitable for sleeping. It’d be interesting to invite her over to try it out, but maybe not until after I move. There are times and places for things.

Read all the Rental Diaries here. 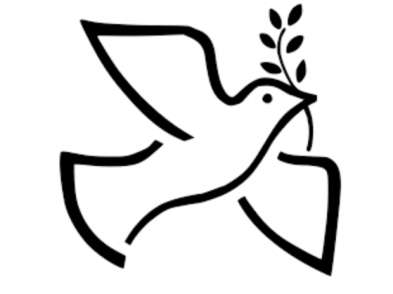 It’s a sunny-but-chilly winter morning in Florence and a small group of Quakers—formally known as the Religious Society of Friends—is warming up inside Sylvia Hetzel’s apartment. The fledgling family, founded ...