Estonian Robert Marrandi is as good a businessman as he is a baker. The brains behind Scandinavian-style pop-up bakery Wild Buns, Robert singlehandedly crafts batches of cinnamon buns. He’s a stylish dresser too, head to toe in black, his charcoal grey apron the only tonal concession as we chatted during one of his recent pop-up successes at Eataly Firenze. 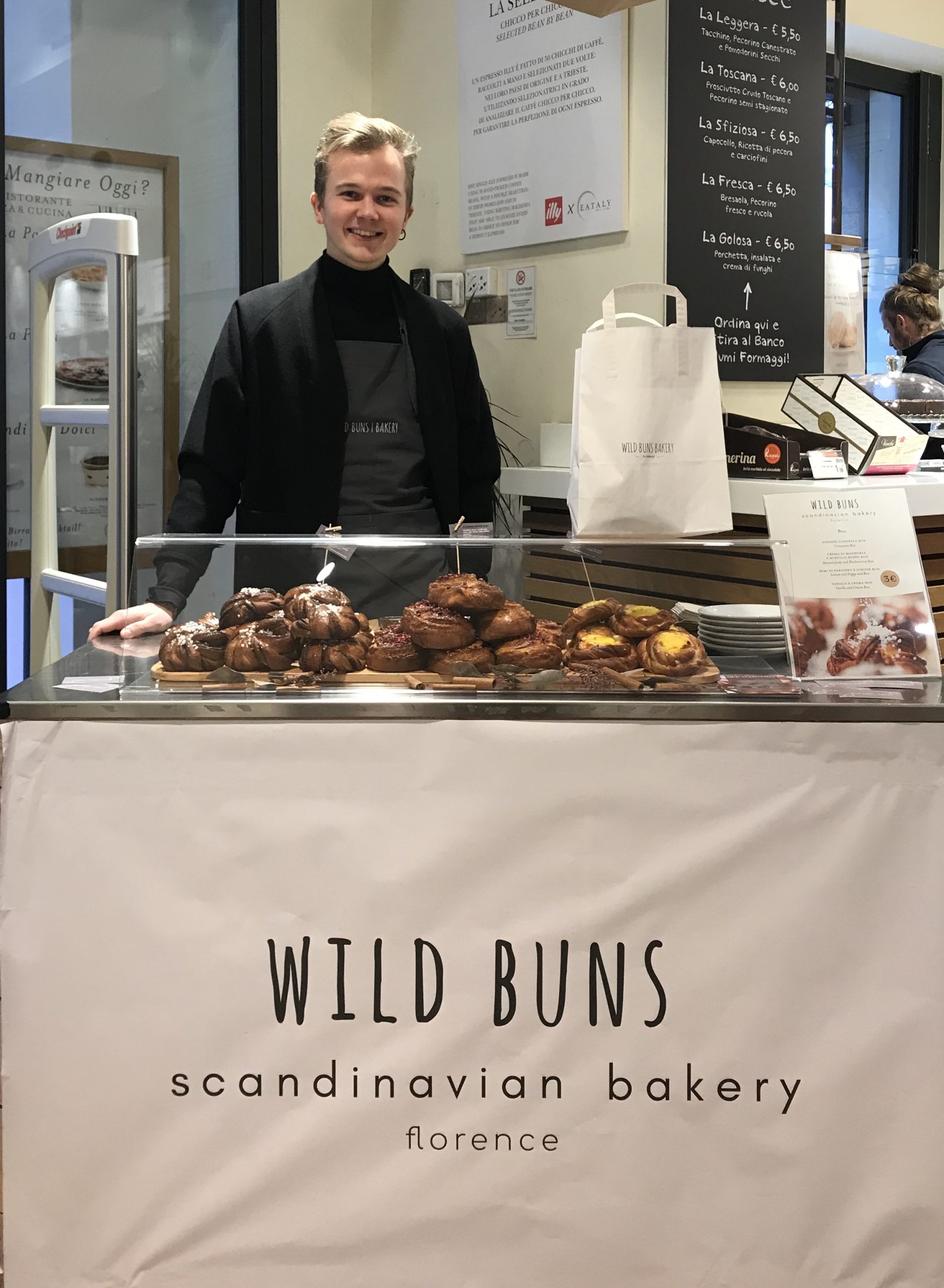 “I started making bigger batches of buns three months ago thanks to my friends Anna Bowcock and Yan Blusseau as they let me use the kitchen in their amazing B.East Gallery in via di Mezzo. So far, it’s going really well. I’m baking different sorts of buns.”

Robert moved to the Tuscan capital from Estonia over three years ago after doing the “Grand Tour” around Milan, Venice, Florence and Rome. He fell in love with the city, left his own coffee shop in Estonia and devoted a year to studying Italian. Since then, he’s worked as a chef at several brunch places in Florence. 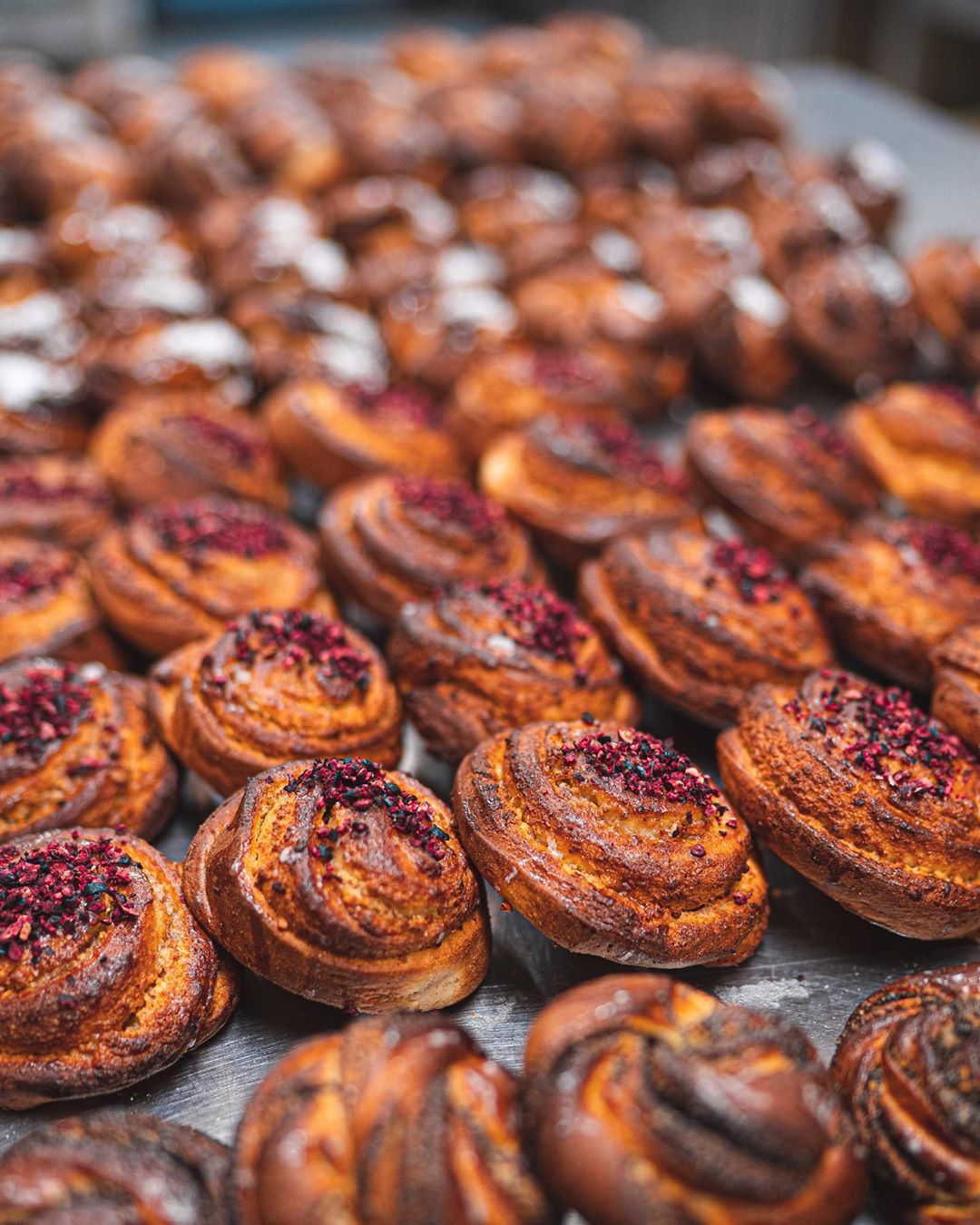 Cinnamon, vanilla cream and almond paste-blackcurrant buns are among the favourites

“The idea came from the fact that I was missing good-quality handmade cinnamon buns. It started at home for friends as a hobby. It’s growing all the time. Hopefully, one day, I’ll have a nice Scandinavian bakery with amazing pastries, bread and Swedish-style fika, with full Scandi-vibe decor.”

There are more buns in the oven, so to speak, as Robert’s just extended his range to include sourdough and rye bread, plus Danish pastries, as well as bigger versions for gatherings with friends or family. “The feedback is amazing and it gives me the energy to wake up at 2am and bake.”

As things stand, you can pre-order your buns by emailing info@wildbunsbakery.com before collecting them on Friday and Sunday mornings from East Kitchen (via di Mezzo 40A) and directly from the counter at Ditta Artigianale (via dello Sprone 5R) every Saturday until March 21.