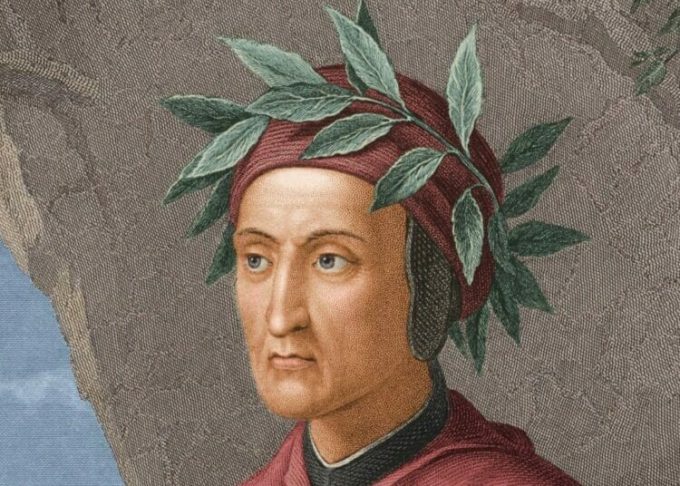 Quaresima was almost ticked away.

“What Lenten diet, how much have they renounced?”

I wondered, “they’ve even given up day-

light.” For the streets were bare of men and women,

save one who stood before me in the way.

like you I made a living by the pen,

and interviewed the offspring of your clan

in order to write you a biography.

That was thirty years down the line

from when you walked, so you didn’t see

boiled necks and armpits at the slightest flea.

But time passes, we forget, and the world’s harbours

bring something new in. Yesterday it was SARS.

I said, “but one of them must have been the last?

Not a soul I saw coming through the Field of Mars.”

“Can this judgement be final when you cast

no shadow?” he returned. “Your body isn’t reeled

back into the valley of its past.

Twelve years ago your exile was repealed,

and in Florence we’ve been waiting for a good

moment to show you how it’s swelled

and flourished against what you thought all the odds.”

He started garbling. “Now you can see what came after

you without losing it in the crowds.”

“Where are the people?” I shouted. “Where’s the craft, the

trade, the market stalls, the pageants?

Even in my bloody days you heard laughter.”

He shifted. “I was glad she had a chance

to breathe,” he said, “but I admit, this isn’t breathing,

His voice poured water on my anger, and my seething

gave way to sadness. I let myself lean

on my companion, and saw he too was grieving.

Virgilled round the kingdom of the dead,

and this is almost worse. The air smells clean

but I’ll come back when it isn’t smogged with dread.

I’ll pray for Florence from the world I’m walking.”

My guide inclined his laurel-girdled head

and vanished into the first days of spring.