Exiled inside: parallels with Dante Alighieri

For the moment, we settle into a different exile, the one that really matters, and that is our personal severance from all society.

Like many of us, Dante Alighieri was caught out. In 1301, he was in Rome on a Florentine delegation to the Pope, when news came through that he was an exile. The so-called “Black” party, in cahoots with the Pope himself, had seized control of Florence, and Dante, of the “White” party, was persona non grata. A comparison with current events is hardly exact: those of us who have adopted Italy as our home are not on the wrong side of a political rupture. Yet when the country went into lockdown, many of us—expats, interns, Erasmus students, overseas one and all—found ourselves on the wrong side of the locks.

Of course, our exile—and I speak as a Brit digging his heels in—is nothing like Dante’s. Dante was banished from one particular city, by that city; otherwise his rein was free. For us, travel is a strict no-no: the one journey we can still make is homewards, wherever home may be. As a friend of mine, recently returned to New York, put it, “governments seem happier when everyone is in their proper places”.

The idea of exile is that you are not in your proper place. The word comes from the Latin exul or exsul, meaning “out of the soil”, which was a sensation that Dante knew well. The word terra, which has not changed in more than 2,000 years of Latin’s evolution to modern Italian, appears well over a hundred times in the Divine Comedy. The souls in Dante’s afterlife identify themselves by reference to their terra, the soil that they walked in life. One of the Envious, a woman by the name of Sapia, beseeches Dante to restore her name among her kith and kin “se mai calchi la terra di Toscana”—if you should ever tread the Tuscan soil. It must have been a hard line for Dante to write, more than a decade after leaving Florence for the last time.

Confusion, hope, uncertainty: for how long did Dante feel what we feel? Did he, if ever, give up on ever seeing his beloved Florence again? The chance was offered at one point, but he refused the humiliating conditions. We are more fortunate in that we know that we can go back to our hometowns, our “proper places”, assuming that we have retained our citizenship and that flights keep operating for the stragglers. At what point do nations cut the lifeline?

For the moment, we settle into a different exile, the one that really matters, and that is our personal severance from all society. This seems to me part of the definition of exile, the minority ostracised from the majority for the benefit of the latter. But this is different: the majority has been atomised into its minimal units, each individual instructed to keep clear of each other, in order to create gaps too big for the virus to jump. As such, we close ourselves within our homes and wait for the storm to pass.

So now we are exiles of the most literal kind, barred from the soil, the terra, and confined to the floor tiles and the parquet. I envy my family back in the Anglo-Scottish borders, so remote and isolated that they can stomp up farm tracks without fear of meeting the rozzers, without fear, indeed, of infecting or infection. City-dwellers most of us, we have little scope to venture beyond our four walls, and for how long we cannot say. We know our spatial boundaries, but like Dante, we are in the dark about the temporal ones. 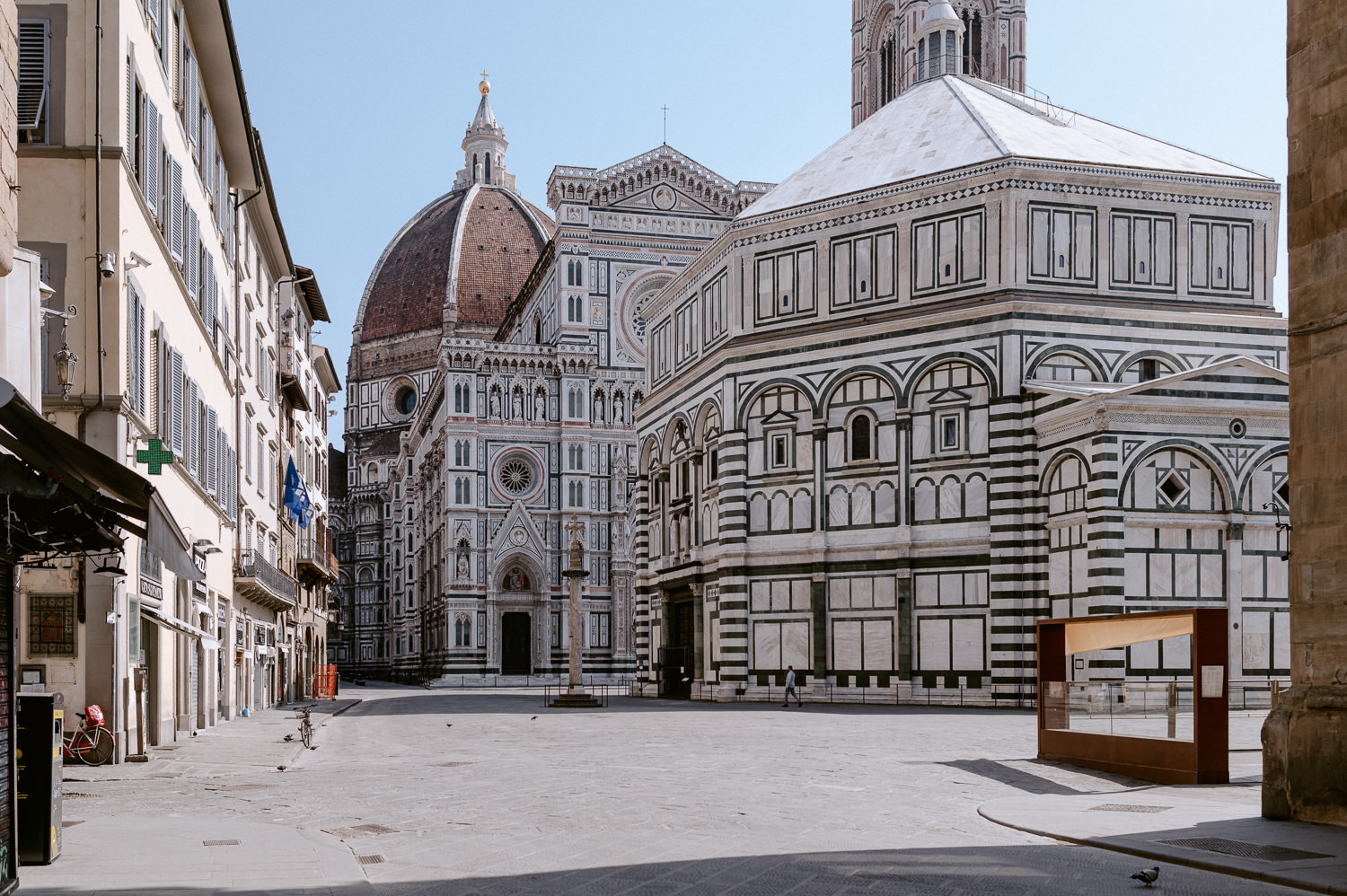 Thus strain starts to show, in ways that we could really do without. In my building, for example, the internet works only in the small hours, the phone lines overburdened by all the devices of my fellow exiles upstairs. I combat this in two ways: I tether my laptop to my phone and eke out its data, which makes me feel like I’m nursing a leaking vessel into port. My smartworking has also become smarter, more nocturnal. But it has also bred more satisfying habits. Rather than Google now being my first source of reference, I now go scurrying to my two massive dictionaries, the Chambers English and the Oxford Paravia Italian-English, not to mention Roget’s Thesaurus and the Chambers Biographical Dictionary. An old schoolfriend has always mocked my “analogue world”, but I now see how the internet, given half a chance, makes an idler of the most committed Luddite.

The reason why exile, I suspect, is generally more tolerable than imprisonment is that it usually allows for more freedom, even luxury: many famous exiles, like Byron’s in Venice, have been amazingly cushy. Dante was debarred from Florence, but hopped between the hospitality of various Romagnolo and Venetian nobles. Our movement might be much more limited that Dante’s right now, but how often have we been able to say that in our lives? Our homes are not prisons: we can choose what we hang on the walls and what activities we practise within them.

And it is not as if the grass is greener. Italy was the first European state to bring its social restrictions into play, but a majority of others have followed suit, which at least assuages feelings of homesickness. Maybe his belief that Florence had gone to the dogs helped Dante deal with his 20 years of exile: instead of simply vegetating in Ravenna, pining away in the pinewoods for his native city, he wrote the greatest work of Italian literature. We should not underestimate what we can do from our hermitages. As T. S. Eliot wrote, “Home is where one starts from.”