From April 21 to 24, 1969, Sotheby’s of London held its first auction in Italy. At the request of Prince Paul of Yugoslavia, it sold important Italian and French furniture, works of art, silver and other objects that belonged to the royal from one of his homes, the Villa Demidoff at Pratolino. Of all the items listed in the 285-page catalogue, the one that reached the highest price was an eighteenth-century chest of drawers that once belonged to Catherine the Great.

In 1872, the heirs of the Grand Duke of Tuscany, Leopold II of Lorraine, sold the villa and its magnificent park to the wealthy Russian Pavel Demidoff, the 2nd Prince of San Donato. After his untimely death in 1885, the extensive patrimony passed to his widow, Princess Elena Petrovna Trubeckaja. In 1903, she gifted the property to her daughter, Moïna, who lived there from 1916 after the death of her husband Prince Semen Semenovič Abamelek-Lazarev until her own demise in 1955. In turn, Moïna bequeathed the property to Prince Paul of Yugoslavia, who was the son of her sister Princess Aurora and her first husband, Prince Arsen of Serbia. After Aurora died at only 30 years old in 1904, Moïna took a special interest in her nephew. In 1932, she legally adopted him and, during his frequent visits to Florence, probably nurtured his lifelong love of art. 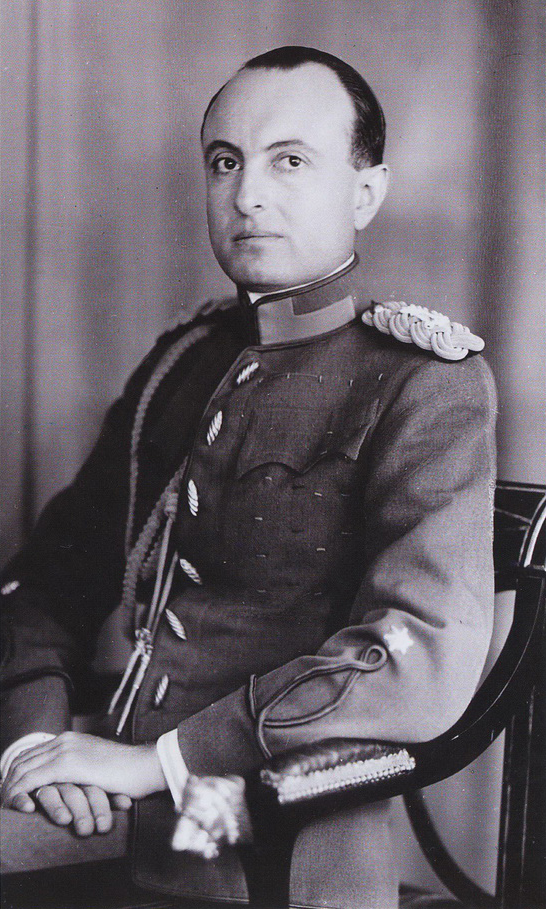 Prince Paul of Yugoslavia in 1935

Born in St. Petersburg on April 27, 1893, Prince Paul spent the first years of his life shunted between his father’s eldest brother and head of the Karadjordjevic dynasty, Prince Peter, who lived in Geneva, and a boarding school, which the boy hated in Lausanne. After Alexander I of Serbia and his wife were assassinated in 1903, his uncle became the last King of Serbia (1903-18) and the first King of the Serbs, Croats and Slovenes (1918-1921). His ten-year-old nephew returned with him to Belgrade, a virtual stranger to his homeland. Educated at Oxford, Paul became a convinced Anglophile. On October 22, 1923 he married Princess Olga of Greece and Denmark, regarded as the most beautiful of the three daughters of Prince Nicholas of Greece and Grand Duchess Helen of Russia. Her sister, Marina, married the Duke of Kent, bringing the couple so close to the British royal family that Prince Albert, Duke of York (later King George VI) was the groom’s best man. The couple had three children, Alexander (born in 1924), Nicholas (born in 1928) and Elizabeth (born in 1936).

When the despotic ruler of Yugoslavia, Alexander I, was assassinated in Marseilles in October 1934, Prince Paul was appointed regent for his 11-year-old nephew, Peter II, and attempted to introduce some democratic reforms. As World War II unfolded, he tried to keep his country neutral, although his sympathies lay with the British and French. He was, however, soon forced to submit to Adolf Hitler’s ambitions for the Balkans and, on March 25, 1941, signed the Tripartite Pact, which made Yugoslavia part of the Axis with Germany and Italy. Two days later, he was toppled in a coup d’état. The deposed regent was denigrated by the British press and viewed as a traitor, especially by Winston Churchill. Added to this, in 1942, Rebecca West published a bestselling book titled Black Lamb and Grey Falcon – A Voyage Through Yugoslavia, which blackened his reputation even further.

After the coup, Prince Paul, his wife and three children were taken into custody and handed over to the British, who deported them first to Greece, then to Egypt and finally to Kenya, where they arrived on April 28, 1941. They were billeted as political prisoners at Oserian, once the Moroccan-style home of the murdered Josslyn Victor Hay, Earl of Erroll, on the shores of Lake Naivasha, made famous in Michael Radford’s film White Mischief. By then, the house was in a state of total disrepair, prompting Princess Olga to describe it as “a complete nightmare”. Two guards manned the gates and they were under surveillance, isolated in the countryside over 100 kilometres from Nairobi. Finally, three years later, thanks to the intervention of General Smuts, their reclusion ended and the family was able to move to South Africa, where they settled in a small house in Johannesburg.

It was not, however, until 1949 that the family returned to Europe and settled in Paris. The ruling Yugoslav communist regime named Prince Paul an enemy of the state, banned him from returning to Yugoslavia and confiscated his property. Further tragedy struck when, in 1954, his younger son Nicholas was killed in a car accident. Nonetheless, from the time of his aunt Moïna’s death until he sold the estate, Prince Paul spent every year summer at Villa Demidoff, renewing old friendships like that with his neighbours, the Berensons. Art historian John Pope-Hennessy, once present at a summer luncheon at the villa, reported, “I found Princess Olga’s guttural manner rather disconcerting, but Prince Paul I liked from the beginning.” An avid collector, the prince loved to visit galleries and dealers, always looking for new additions to his paintings and other artworks, many of which he gifted to Serbia and the Serbian people.

Never able to return to Yugoslavia during his lifetime, Prince Paul died in Paris on September 14, 1976, aged 83, and was buried in Lausanne, Switzerland. In response to a long campaign by his daughter and his loyal supporters, he was rehabilitated by Serbian authorities in 2011 and, on October 6, 2012, he was reburied in the family crypt in Oplenac, in central Serbia, with his wife who died in 1997, aged 94, and his son Nicholas. His other son Alexander, who had once been married to Princess Maria Pia, daughter of King Umberto of Italy, and his estranged wife, Queen Marie José, joined them when he was laid to rest there after his death in May 2016.

A stroll or jog around the wide, open spaces of Parco Mediceo di Pratolino is a superb option to boost your immune system; the park is expected to reopen on May 17. A 25-minute drive due north of Florence along via Fiorentina, the park became a UNESCO World Heritage site in 2013. For opening hours, see here. Remember to carry ID with you at all times.