When thinking about three iconic Florentine buildings that best exemplify its architecture, these words come to mind, which were used by the ancient Roman architect Vitruvius to set the standard for good architecture: Firmitas, let’s translate that as permanence; Utilitas, as functionality; and Venustas, as beauty or delight. 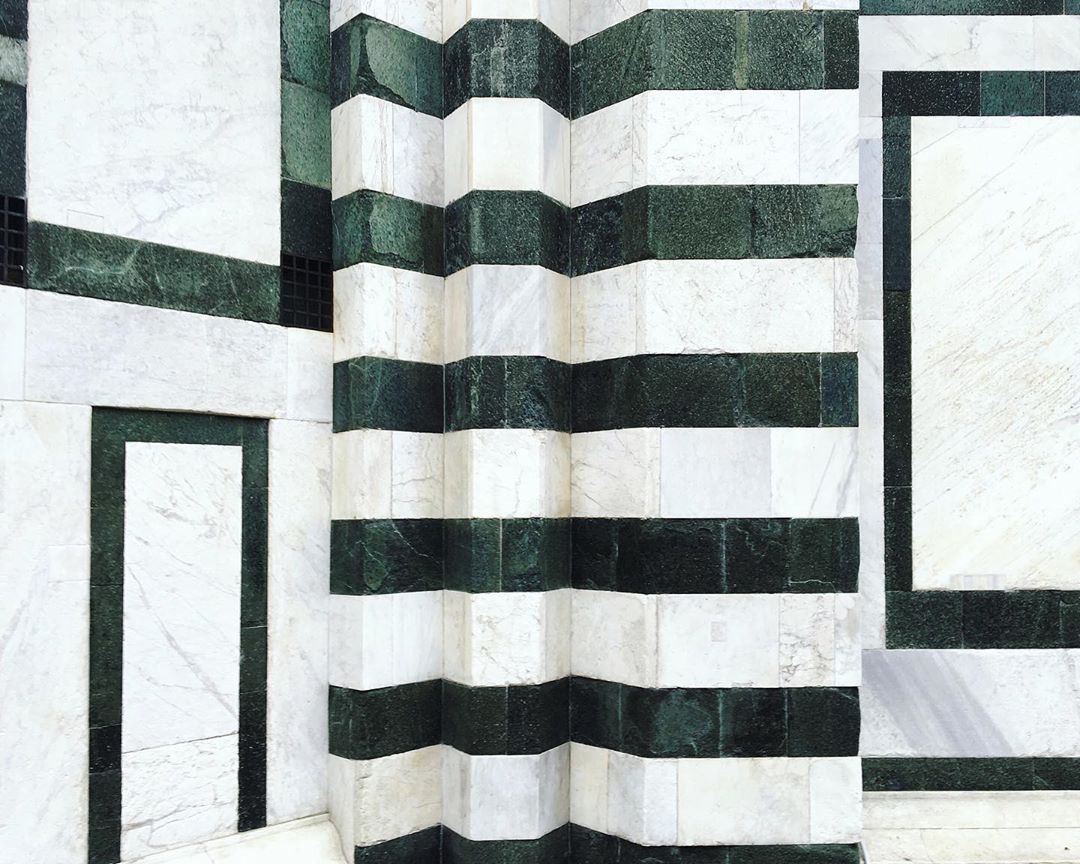 Perhaps the most Florentine of all buildings is the Baptistery of Saint John. Its history dates back millennia: consecrated in 1059, documented in 897, earliest origins uncertain. In medieval Florence, the location of the baptistery was peripheral; however, it has been the city’s symbolic center for much of its life. Dedicated to the city’s patron saint, John the Baptist, the building represents a certain Florentine self-identity. Dante himself referred to it as “il mio bel San Giovanni” (“my beautiful Saint John”). Within its polychromed walls, the poet was baptized into his Christian faith and this function is expressed in its architecture. The octagonal shape reminds the faithful of the promise of the eighth day of eternal time. The pure geometric form, clad with green and white marble in similarly pure geometric patterns, suggest the order of a divine plan. The eastern portal, adorned from the 15th century with the glittering Gates of Paradise by Lorenzo Ghiberti (now copies), guided the newly baptized as they processed from the building’s central baptismal font, out into the piazza (paradiso), and then into the eventual cathedral opposite.

Beyond its Christian significance, however, the Baptistery also represents a certain fiorentinità in its architecture, rooted as it is in antiquity and extending its branches to influence the city’s later building. The single volume of its interior reminds us of the Pantheon in Rome, its monumental granite columns are most likely ancient in origin. The marble mosaic pavement is a sister to the coeval one in San Miniato al Monte, while the octagonal cloister vault, here resplendent with golden mosaics, is structurally like the cupola later designed by Filippo Brunelleschi. The blue and red angels of the frieze show up in the Old Sacristy of San Lorenzo, the proportions of the columns appear in the Pazzi Chapel. The patterns of the green and white cladding repeat on the façade of Santa Maria Novella. And it goes on: the legacy of the Baptistery looms large in the architecture of Florence.

Utilitas | functionality | Hospital of the Innocents 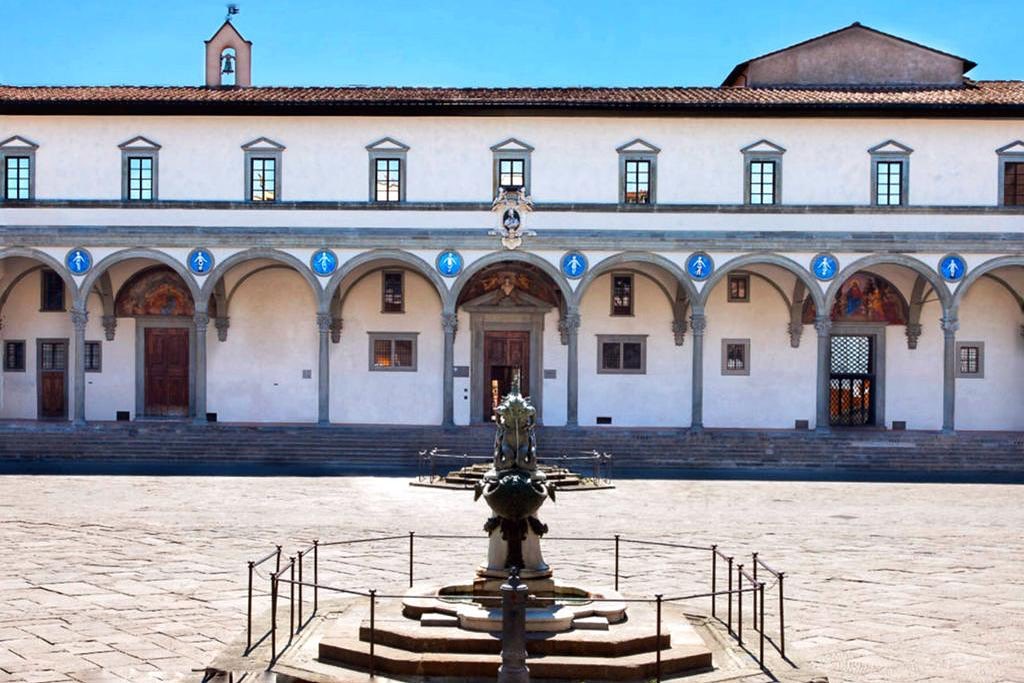 The Hospital of the Innocents, or Ospedale degli Innocenti, by Filippo Brunelleschi is the building that introduced Renaissance architecture to Florence in 1419.  Brunelleschi, while thought to have been inspired by the ancient buildings of Rome, was just as likely to have been influenced by the classicizing spirit of Romanesque buildings in Florence, such as the Baptistery. Here at the Spedale, he employed Corinthian columns and round headed arches, as at the Baptistery but now carved in the cool grey stone known as pietra serena that was to become standard in future Florentine architecture. He organized these stone elements to define a nine-arched portico, or loggia, according to a simple, lucid geometrical ordering system, characteristic of the Renaissance.

The idea of a portico itself, however, was not an innovation. Just down the street is the portico of the former Ospedale di San Matteo in piazza San Marco. Brunelleschi’s building in piazza Santissima Annunziata, on the other hand, simply gave a new language to a traditional Florentine form that identified a building as a hospital. The Florentines, dating back to the middle ages, had a rather sophisticated social welfare network, with hospitals located throughout the city.  The word “hospital” derives from the Latin hospes, meaning both host and guest. Florence had several such institutions that “hosted guests”, be they sick, retired, travelling pilgrims, or, as here, orphans. At the Spedale, the loggia housed a ruota (wheel), where one could leave a child orphaned due to parental death, illness or poverty. In turning that wheel, the hospital staff would bring the child inside the building to be cared for. The memory of this function is still seen today in Andrea della Robbia’s colored terracotta reliefs of swaddled infants on the façade and the building’s continued functions as a daycare center, seat of UNICEF, and museum. 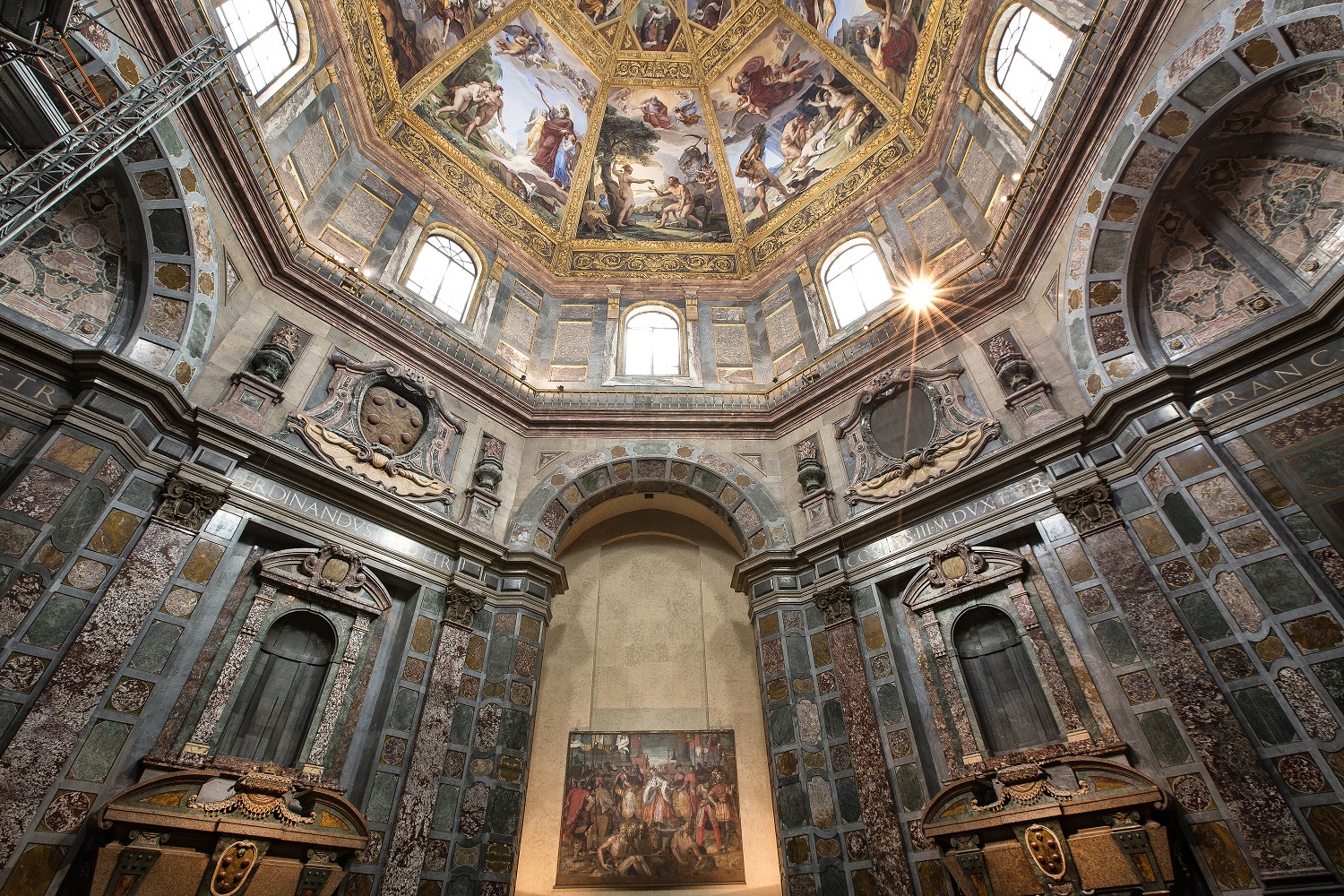 The Medici Chapels at San Lorenzo, both the Chapel of the Princes and the so-called “New Sacristy” by Michelangelo represent yet another take on Florentine architecture. The octagonal shape and cloister vault of the Chapel of the Princes speak to the very foundation of Florentine architecture, the Baptistery and, by extension, Brunelleschi’s cupola on Florence Cathedral.  However, in its colossal scale and rich, colored marble revetments, it reveals an ostentation not usually seen in Florence. On entering this monumental space, one delights in the unexpected and the overwhelming experience takes one’s breath away.

The New Sacristy is beautiful and delightful in another, more erudite way. In the unusual use of classical architectural elements, it seems to be the culmination of Renaissance architecture in Florence. Classical architecture is often referred to as a “language,” and, as with any language, there is a conventional vocabulary and a standardized syntax and grammar that gives meaning to its words. If Brunelleschi’s Hospital of the Innocents, or his Old Sacristy at San Lorenzo, were experiments in reviving the vocabulary of ancient architecture and exploring its simple syntax, Michelangelo’s architectural designs at the New Sacristy seem to revel in the sophisticated use of that language, delighting the viewer with the unexpected juxtaposition of elements, in wordplay and puns as it were. He began his design with the simple geometric forms and grey pietra serena of Brunelleschi’s Old Sacristy at this church too, but then Michelangelo stretched his proportions, added a secondary white Carrara marble architectural system that seems to be sculptural decoration and architecture at the same time, placed heavy solid elements over voids, included unusual ornament that encroaches upon ornament, delighting the eye of all who see it but also delighting the mind of those who know the classical language of architecture well.

Stay up-to-date about museum reopenings by signing up to The Florentine’s free newsletter. 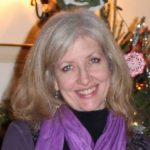 A long-time resident of Florence, Jane Zaloga teaches art and architectural history at Syracuse University in Florence. She first came to Italy to study architecture as an undergraduate in Rome and later came back as a master’s and PhD student in Florence. She lives in the center of Florence and considers herself as having the great good fortune of having a job where she gets to share her love for the art and the architecture of Italy by working with students onsite in her adopted hometown.