I first met Maria Manetti Shrem one overcast evening on the rooftop of Palazzo Gondi. The exchange was short but special. It was as though the clouds had opened and the sun shone as Maria joyfully exclaimed at the view of the Duomo with her trademark elan. Across the miles—Maria’s currently in California when she’s usually in Florence—this modern patroness of the arts speaks at length about her life, charity work and projects. 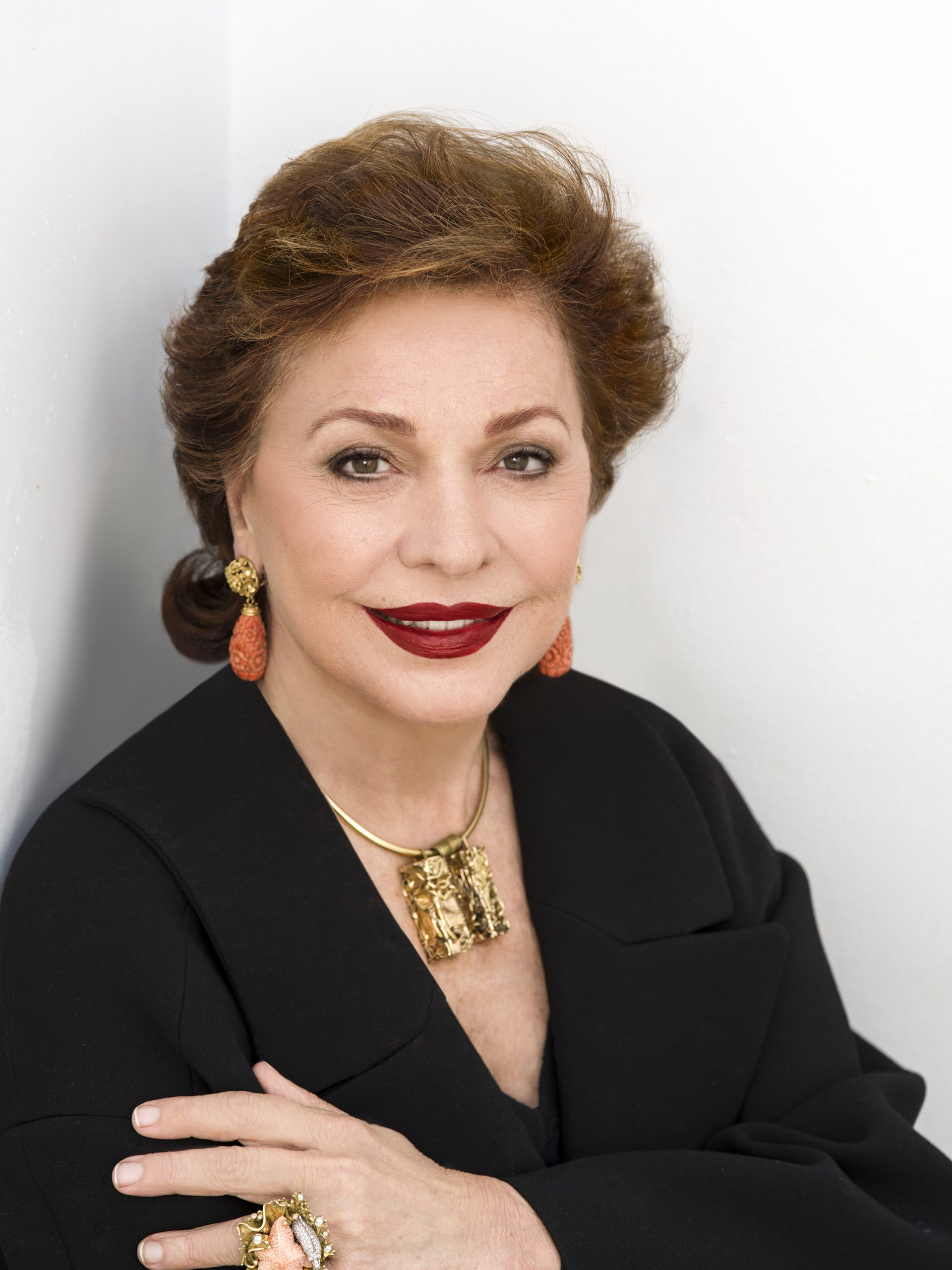 Helen Farrell: Maria, can you give me the potted history of how a Florentine moved to California.

Maria Manetti Shrem: It’s an American Dream story. Most Italians who live in the San Francisco Bay Area are from Genoa and Lucca. I came here for love! Aged 21, I married an American, Edward De George, who was 25 years older than me. Ten years later, I was running our company, manufacturing knitwear sold to the US and Europe and we weren’t getting on well anymore. Eventually, through my husband, I met this young Berkeley student, Stephen Farrow; he was ten years younger, tall, blond, blue eyes, and we fell in love like crazy. Divorce didn’t exist in Italy in 1972, so I lost everything: the company, the Chianti Classico villa, everything. I moved to San Francisco, married Stephen, with about 2,000 dollars at the age of 31. I remember we had to scrape money together to buy olive oil in the supermarket! I quadrupled what I had by working very hard, becoming the director of the Gucci franchise at Joseph Magnin department store before founding Manetti Farrow Inc. [the top platform for fashion sales in the US in the Eighties]. I sold the company in 1992; since then I’ve been managing my investments and have become a benefactor for lots of charities.

HF: Tell me more about your charity work.

MMS: Working with charities gives me the most joy. My husband [Jan Shrem] and I made the decision that we would give away our money during our lifetime. I’m involved in 18 charities in the Bay Area and in New York, and about eight charities in Europe, which include the Andrea Bocelli Foundation, Fondazione Palazzo Strozzi, Fai (the Italian national trust), Fondazione Fiorenzo Fratini, The Prince of Wales’s Charitable Fund and Venetian Heritage, Friends of the Louvre, and Friends of Versailles. At this time of the year, I’m usually in Italy for six weeks. I stay three weeks in Florence before going to Capri for my birthday and visiting my friend Prince Charles in London. Travel is my oxygen, but right now instead I’m cleaning up 35 years of filing because of this virus.

HF: A personal grazie from me to you, Maria. It’s thanks to you that we were able to print copies of the commemorative book, Healing not Broken.

MMS: You did an amazing job, Helen. I couldn’t sleep at night, so I went to the computer and saw the difference in the April issue compared to the usual The Florentine, which I read every month. I was impressed by all the great letters and the beautiful pictures of empty Florence. Oh, my God, I thought, this is a limited edition. It deserved to be printed. 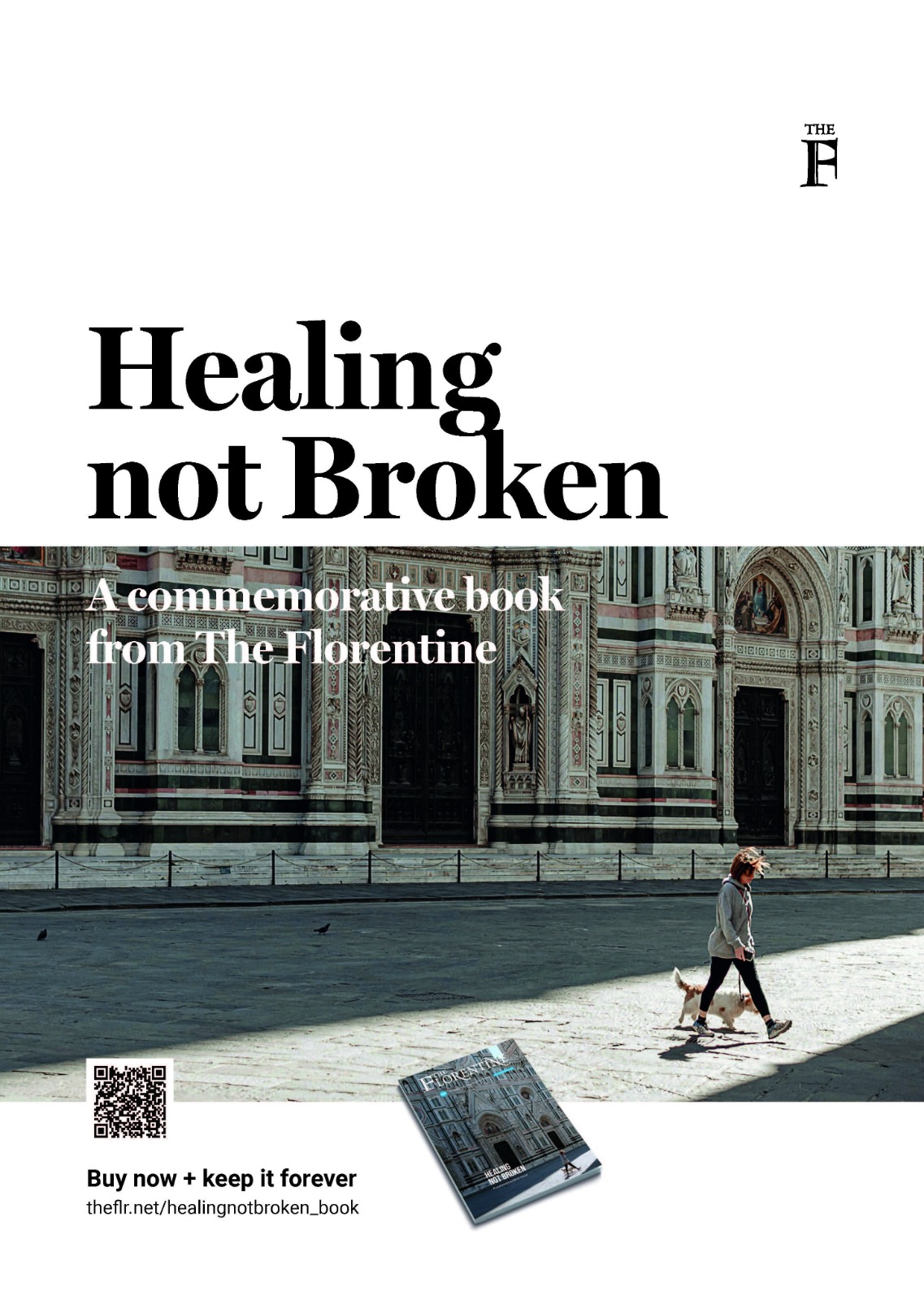 HF: We met during the tenth anniversary celebrations of Florence’s private residence club, Palazzo Tornabuoni. How did you become a member?

MMS: I used to own an apartment in piazza Santo Spirito in front of the church. Top floor with a beautiful view. A friend of mine, a developer, showed me a book of the Palazzo Tornabuoni project. Via Strozzi, via de’ Tornabuoni, via dei Pescioni: it’s the best real estate in the world. They asked me to be an ambassador and my trustee said, “This is also perfect for you. At Palazzo Tornabuoni you’ll meet people from all over the world.” I put down a percentage for a one-bedroom membership to see if I’d like it. When it opened in March 2009, of course I liked it! After two years, I upgraded to two bedrooms and in 2014 I made the crazy decision to buy the most beautiful apartment. When I’m there, I’m in heaven: it gives me such a feeling of history with six windows over via de’ Tornabuoni and via Strozzi. It takes my breath away; I never want to leave. Not being there, I’m half the person right now here in San Francisco.

HF: How do you think the arts will be impacted by Covid-19?

MMS: I’m really concerned. Many Americans have cancelled their travel for this year because we have this restriction, if we leave, we can’t easily come back in. People are scared to travel and it’s the over-65s who are the big spenders. The other day, I spoke with my friend Sophia Loren, and she said, “This is worse than the war because here we don’t know where the enemy is.” Italy has the most artistic heritage in the world and the majority’s in Florence: we will come back from this, but it’ll be tough. Whenever anyone asks me where I come from in Italy, and I reply Florence, they always say, “Oh, it’s my favourite city in the world!” 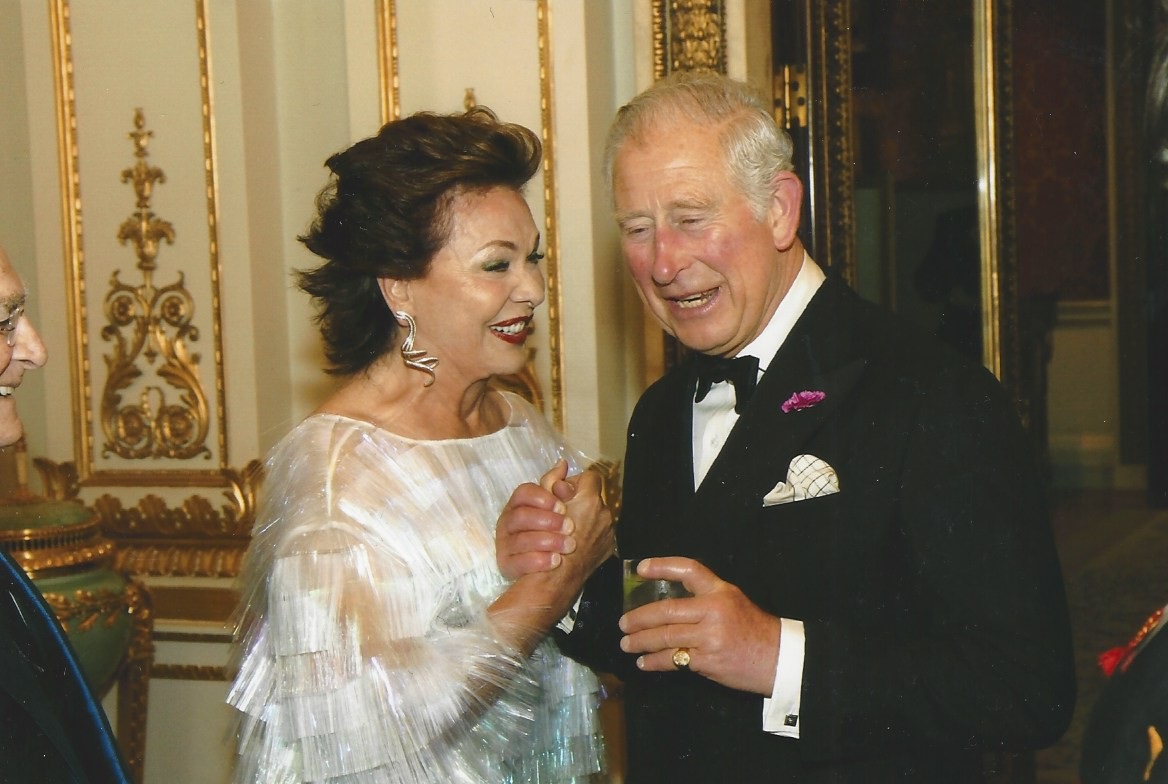 HF: On a brighter note, tell me about your museum, the Manetti Shrem Museum of Art in Davis, California.

MMS: It’s a contemporary art museum at the University of California, Davis. It came about because my friend Margrit Biever Mondavi, who sadly died three years ago, had donated lots of money to create a wine and food institute and to build a performing arts center. In that area on the campus, there was also space for a museum because the university had 5,000 pieces of art in storage and in the the ‘60s, ‘70s and ‘80s, they’d hired 12 great Californian artists to teach art. When my husband, Jan, and I, sold our winery Clos Pegase, Margrit told me about me about the project. I said, “Margrit, I know nothing about UC Davis, but we have been friends in life, we’ll be together after death.” I did it for Margrit, and, of course, I love ART.