Lorenzo Quinn in the Boboli Gardens

An enormous sculpture of two hands is on display in Boboli Gardens, where they can be seen cradling an olive tree.

The sculpture is Give by Lorenzo Quinn, a Roman artist known for his large-scale hand installations which appeared at the 2017 Venice Biennale, along the Grand Canal. Made of resin and recycled material, Give is being previewed in the Boboli Gardens until October 19 before being transferred to Pietrasanta’s International Sculpture Park in September, where it will form part of the United Nations’ project against climate change.

One hand is modelled on Quinn’s own, the other on that of a female model. “Their union represents all humanity”, says Quinn, “and it’s meant as a message of hope. We have received and continue to receive so much from earth, and the Boboli Gardens have always inspired us with their greenery.” 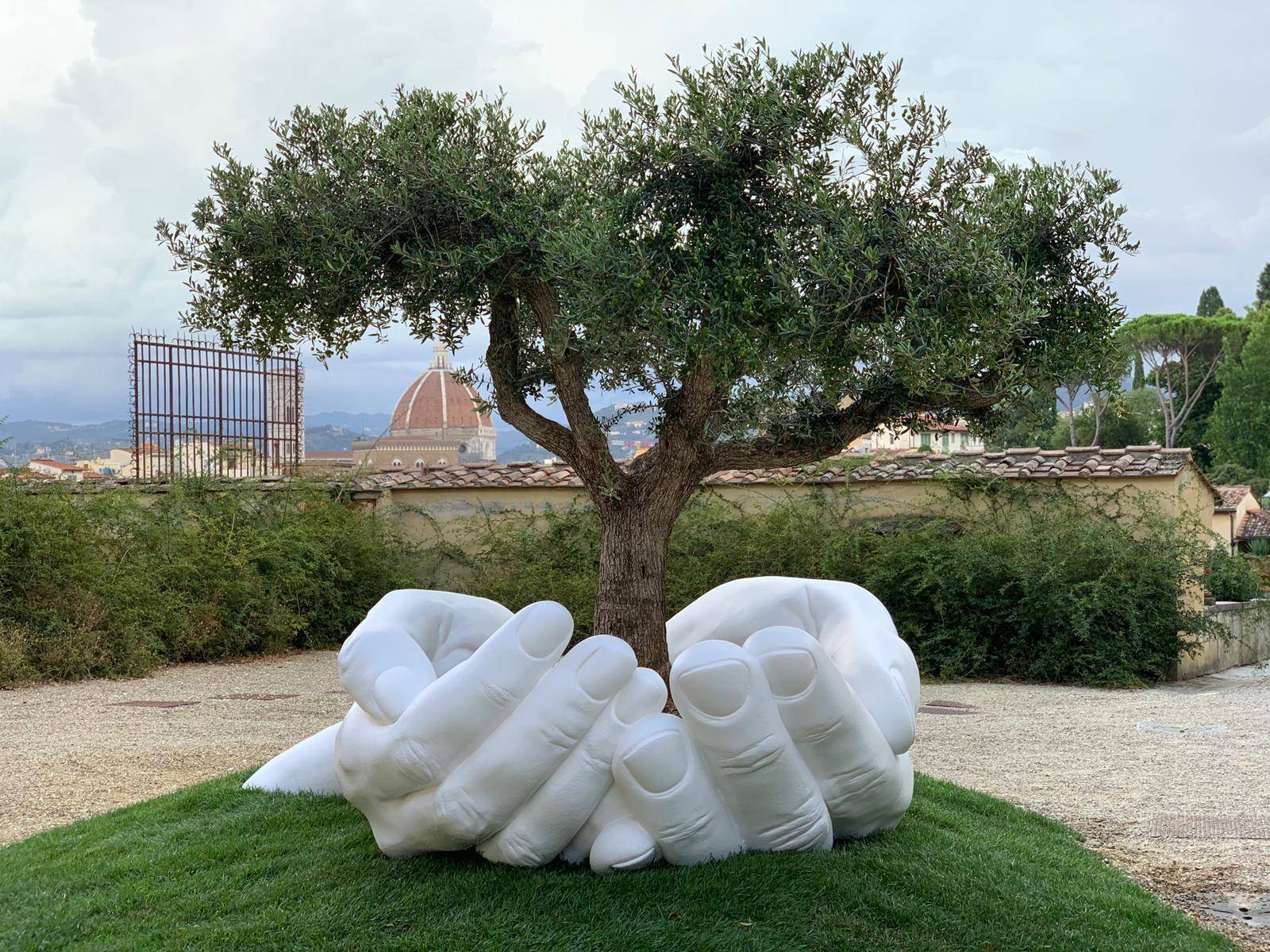 ‘Give’ in the Boboli Gardens

Eike Schmidt, director of the Uffizi Galleries, hopes that the preview will “inspire the attention, respect and care that we owe to the environment and our beautiful landscape.”

Alberto Stefano Giovannetti, mayor of Pietrasanta, commented: “We are honoured that Lorenzo Quinn wants to make a gift of his work ‘Give’ to the community of Pietrasanta. It’s a wonderful gesture which, especially at a time like this, assumes an even deeper significance.”

The exhibition of Give is supported by the non-profit Ginevra Olivetti Rason foundation.