A chat with cellist Antonio Lysy

Cellist Antonio Lysy has just completed the 32nd edition of Incontri in Terra di Siena, a chamber music concert festival that he and his mother Benedetta Origo founded back in 1987, and which takes place every year at the old family home of La Foce, near Montepulciano. Antonio lives in Los Angeles, where he and his wife Margaret respectively teach cello and violin at the University of California. 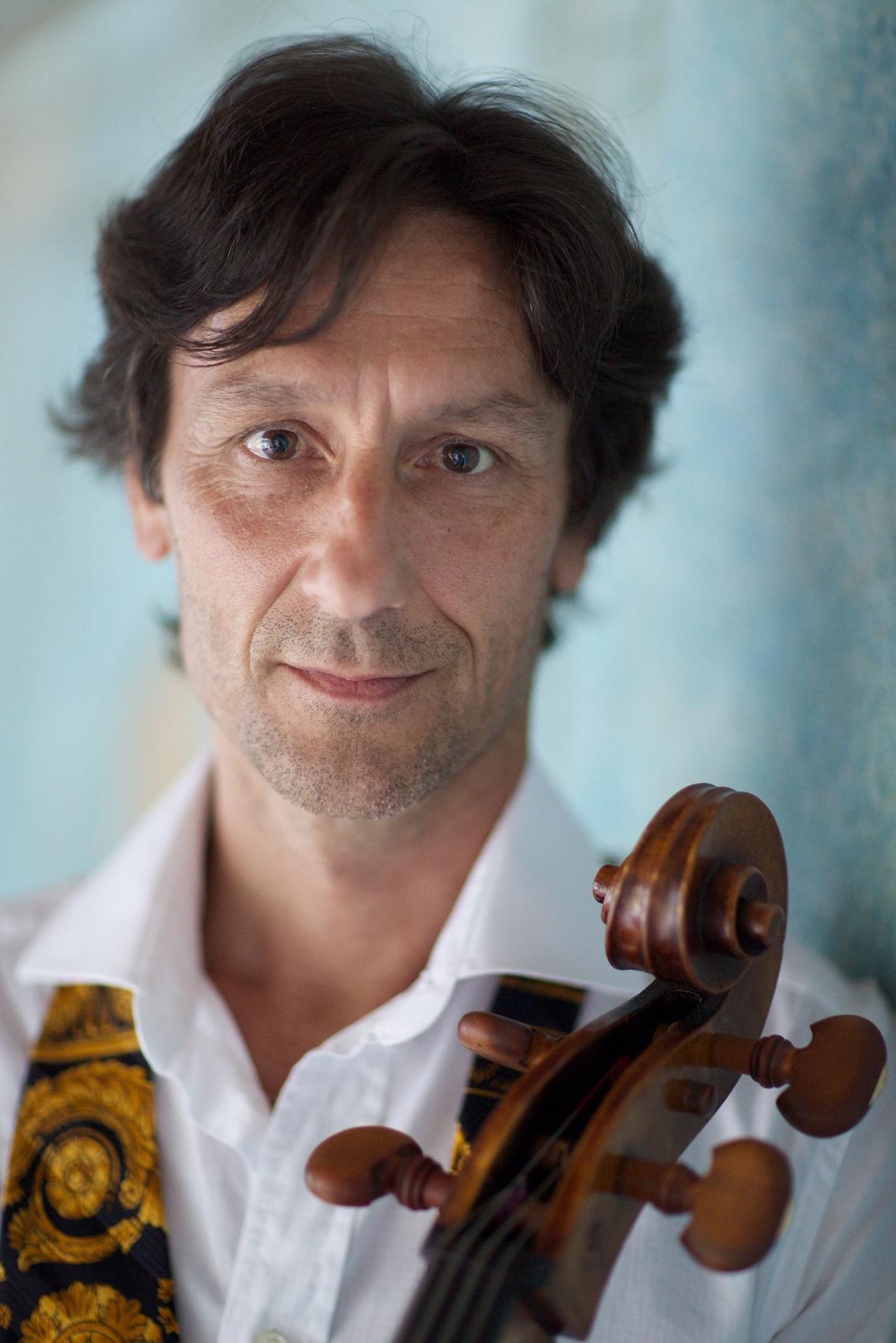 Harry Cochrane: This year’s Incontri in Terra di Siena necessarily had a different format. What did you want to achieve with it?

Antonio Lysy: We presented two socially distanced live concerts and three webcasts, which we gave the title of “Gourmet Concerts”. We wanted people all over the world to be able to experience a little piece of Tuscany in their homes, ideally on a bigger screen than a phone, only to realise that a lot of these virtual things look better on a phone than on a TV. We wanted to help viewers escape from their seclusion: many people are in very small apartments, without gardens. We wanted to share our experience with others, and to open up to a younger audience, which I think we definitely reached. We also included chats with Francis Ford Coppola, food writer Jeff Gordinier and violinist Joshua Bell.

HC: Incontri was founded by you and your mother Benedetta Origo in 1987. What was it that recommended La Foce as a venue?

AL: There was a sense of this large estate, which had been very important at one point, having become very much a private place; and my grandfather had apparently been quite insistent that it stay that way. So there was this aura about it. The workers on the land had moved to the cities; there was no landowning principle anymore. It was a new era, but La Foce felt like it was deteriorating rather than flourishing. I no longer quite saw the kind of life that I had seen there when I was a child. After experiencing other festivals, it felt organic to say: “What an ideal place to hold a festival of chamber music”. We put on a house concert to explore the possibility, and everyone, not least my grandmother [biographer Iris Origo] was enthusiastic.

HC: How do you assemble a line-up for Incontri? Is it a matter of just ringing people up?

AL: At first it was a matter of inviting generous and talented friends to have a wonderful time in Tuscany. And of course, they would recommend other musicians. But getting the perfect match for chamber music is so difficult. You think that certain musicians will play perfectly together, simply because you love playing with them. But that’s far from guaranteed: there’s always a chance that sparks will fly in the wrong direction. We’ve gone through different philosophies of how to programme, but we’ve always allowed a lot of time for reflection, talking about music, really going into the detail of a piece. We devised a system of alternating artistic directors, and in that role we currently have a distinguished pianist, Alessio Bax. He has the perspective both of a great, collaborative musician and of an Italian living in New York: he understands both sides of the Atlantic, both markets. In terms of the “retreat” that La Foce has always been, there’s definitely a meeting of minds between us. And he’s a passionate foodie, so he’s able to bring in a high culinary standard too. We’ve always liked to combine the food aspect with the musical. 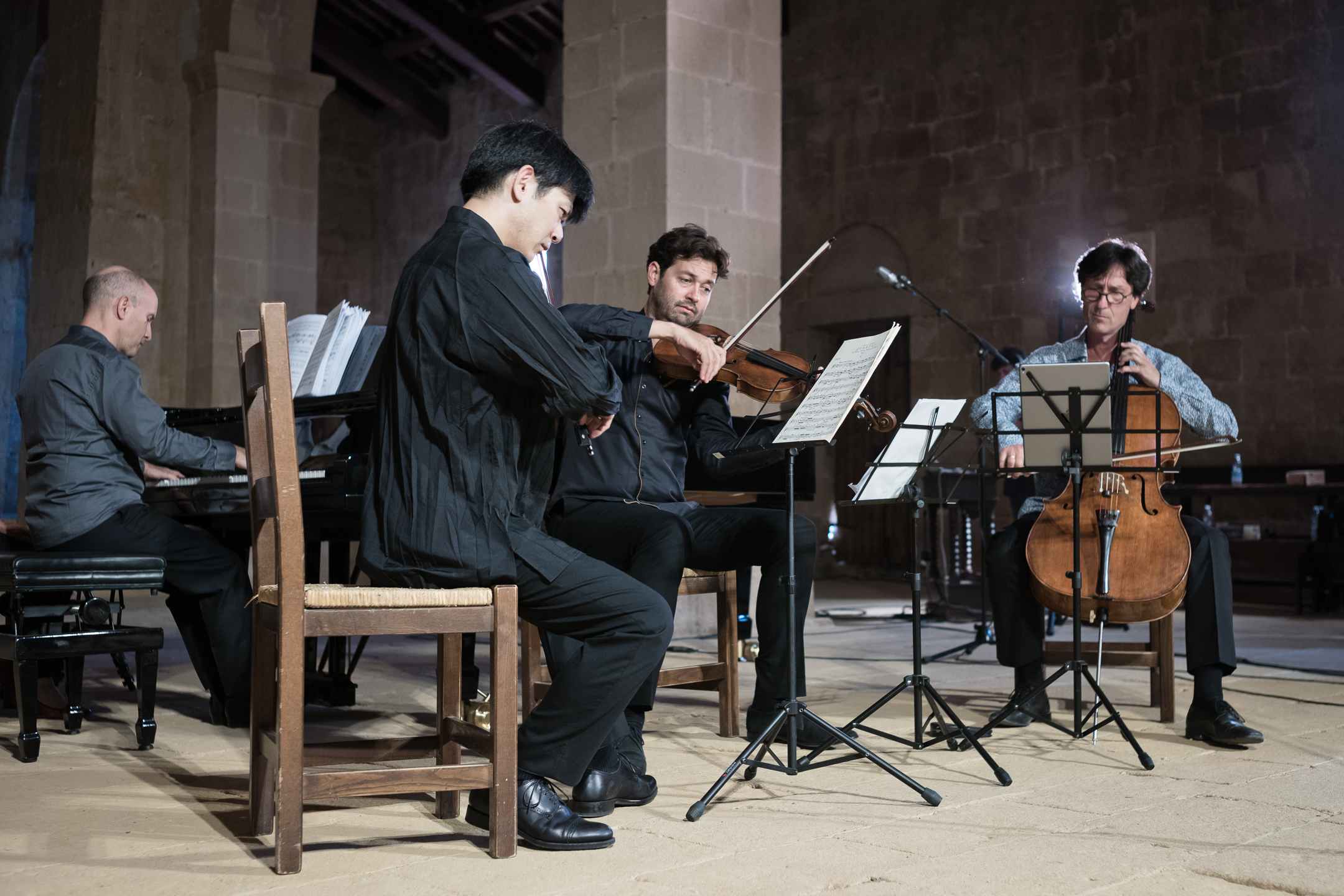 HC: Looking ahead to next year’s Incontri, what do you think will happen?

AL: Alessio works way in advance to land some of these big names, to get them to commit to time in Italy and potentially miss out on other festivals. So, our 2020 programme was set three or four months before any sign of Covid. When Covid hit, it was a matter of finding out who might be able to travel, who might be willing to record things from home. But of course, for all of those artists who didn’t come, we felt it was only right to invite them again, for next year. But though it was forced upon us, the online aspect has helped a lot. This year saw a large increase in viewership: we got close to 30,000 YouTube views on our webcasts, and people will have found us through following Coppola or Gordonier. Incontri has never been exclusive, but some people think of it in that way, because it’s chamber music, and it’s La Foce, and you need a car to get there. The virtual performances have really helped us reach a larger audience.

HC: I want to finish by asking you about the cello that you’ve commissioned [from luthier Filippo Fasser, in Brescia]. What do you look for in an instrument?

AL: You want the power and the quality. Often a new instrument will grow by being played; maybe we learn to adapt to it. Sometimes the bow makes a big difference. But it needs certain qualities right from the beginning. There’s a certain amount—some say there’s a lot—of tinkering you can do, until you find the sound you feel comfortable with. But Filippo believes that it really has to have almost everything from the very beginning, and I think I agree with that. The rest is just about getting used to each other.

Find out more about the Incontri in Terra di Siena chamber music festival.