Eugenio Giani and young innovators present a plan to bring Tuscany to the forefront of innovation.

Young innovators presented a plan to bring Tuscany to the forefront of innovation on Sunday September 13, at 7pm. Tuscany has long been considered a home of art, culture and innovation, but this young team has a revolutionary project that aims to cement its place in Italy as the launch pad of the first startup ecosystem. 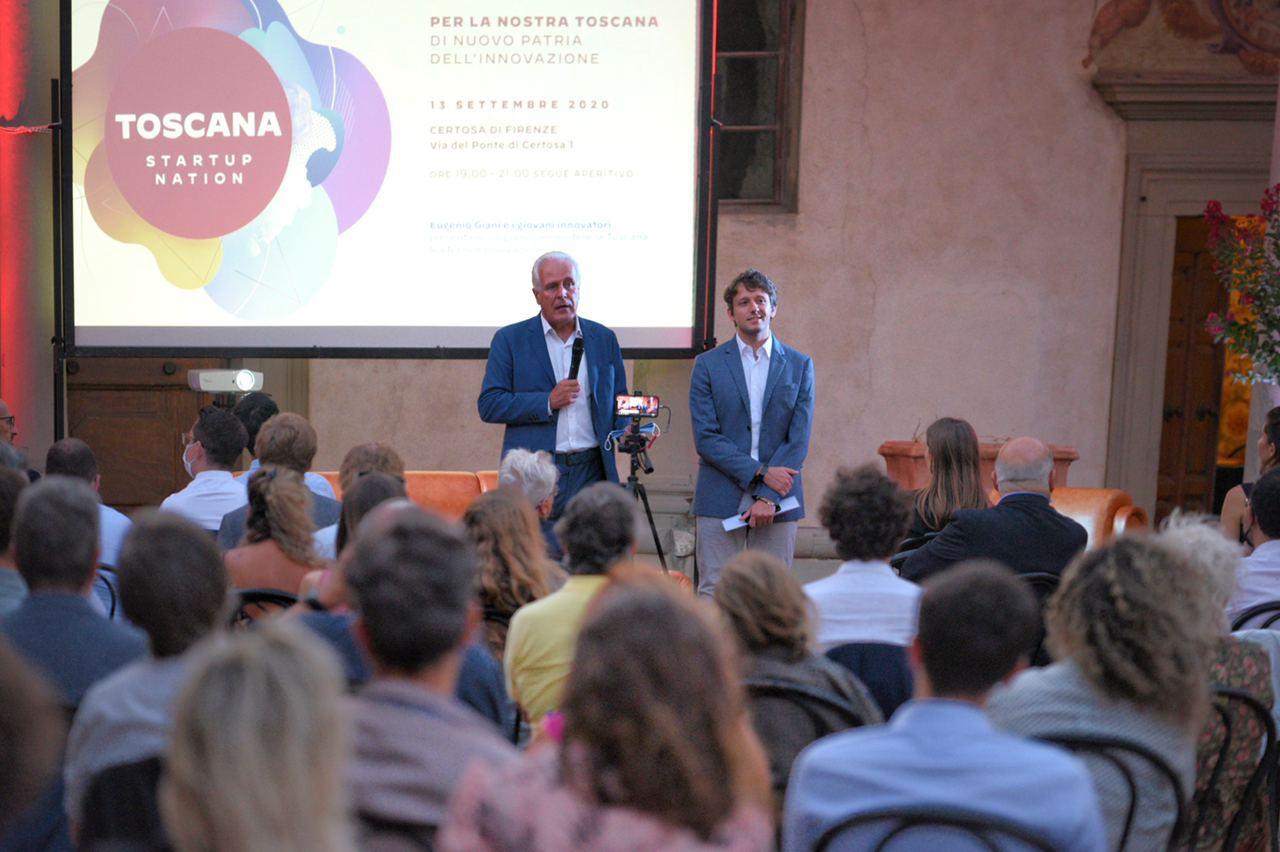 Using the fact that the Made in Tuscany brand is renowned all over the world, the young team is seizing this time to take startups to the next step, seeking to accelerate the growth of small companies with incentives and investment funds as well as training courses, to bring about a better business landscape for the future. The plan is extraordinary given the expertise of the team composed of young Tuscans who work all over the world, including CEOs of multi-million dollar companies, leaders in strategic consulting companies and investment funds, as well as professors in renowned universities.

The plan consists of a series of specific and targeted actions, including startup incubators and accelerators with a global focus on the optimum sectors. Also highlighted, is the importance of an ultra-fast connection, training courses for the skills of the future such as artificial intelligence and coding, investment funds to aid growth, talent recruiting campaigns, from a simple yet effective Tuscan governance.

The presentation was attended by around 400 participants, including 30 local and global startups, 40 established companies, 5 venture capital partners from Europe, USA and the Middle East and the support and backing of over 20 local institutions. A further 8,000 viewers connected to the live broadcasting of the presentation. 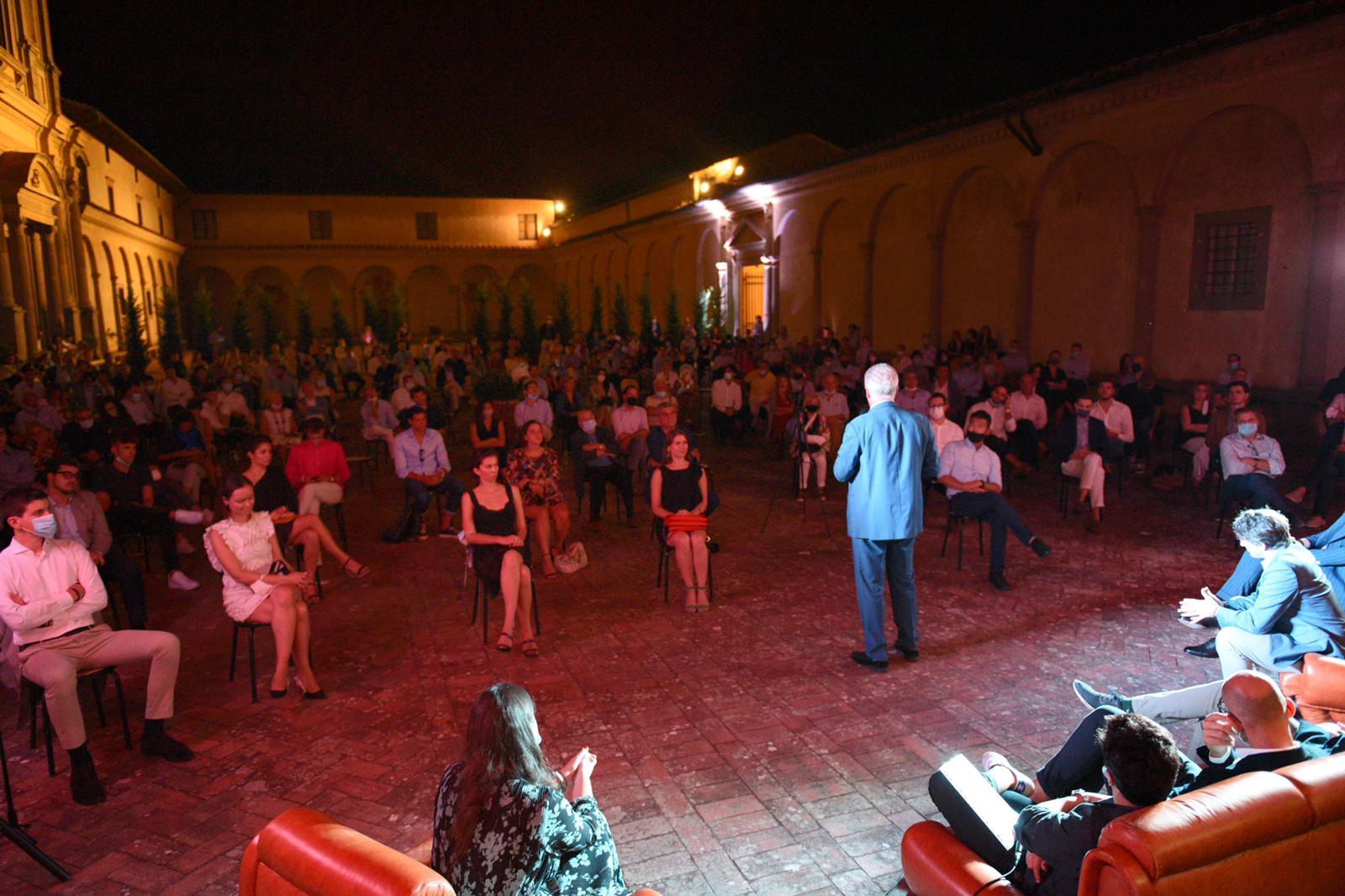 Those involved in the project include:

Andrea Gori: Left Tuscany at 16 to complete his high school diploma in Germany thanks to a scholarship from the German government. Subsequently lived with a family in China to learn Chinese. With the funding of other scholarships, he studied at some of the most prestigious universities in Europe: Bocconi, London School of Economics and the Grande Ecole HEC in Paris. He now works at strategies for large companies and governments as part of his role at BCG, where he is considered “global champion” for sustainability policies.

Mario Puccioni is a fellowship researcher at Columbia University in New York and Associate Professor at the University of Florence. They returned to Florence to create Binoocle, a significant Italian startup in Artificial Intelligence. His much-sought after software captures, in real time, the presence of face masks and if there are risks at large gatherings, intended to reduce the risk of contagion.

Giuliana Borzillo is the creator of the ID.EIGHT shoe brand, described as a revolution in the fashion world. Giuliana produces ecological shoes using fruit scraps; in particular grapes, pineapples and apples. Additionally, each of her creations is sold with a free “seed bomb”, seeds that can be planted in pots or in city parks.

Eugenia Filmanovic is a graduate from Oxford and an expert in sustainable finance. Eugenia is among the youngest vice-presidents at Goldman Sachs, the most prestigious American investment bank, where she is responsible for social impact investments.

Luca Barbi from Montepulciano is a former manager in strategic consulting and is now at the helm of the largest venture capital fund in the Middle East: STV. With STV, he manages over €500 million in innovative investments, including a telemedicine startup that allows millions of users to consult their doctor online, and a startup for schools where students can take courses and do their homework online.

Livio Valenti, from Arezzo, is a serial startup founder and a lecturer at Harvard University. Among his successful ventures is Vaxess, the startup developing the first vaccines not requiring refrigeration thanks to the use of a silk-derived protein.

The inspiring plan was detailed at Certosa di Firenze, via del Ponte di Certosa 1, on Sunday September 13 at 7pm, followed by an aperitivo. A summary of the main points can be found here (in Italian) and the Facebook page also reveals more.