In late February, the alarming news of the rapid spread of Coronavirus in Italy brought the beginnings of a new reality for all of us in Italy. Suddenly we became painfully aware of our fragility and the priorities that give life meaning.

Some of us were in denial and others understood that life had changed in the strangest of ways, perhaps for a long time to come. We all coped with the isolation in the best way we could. In Florence, I dealt with the stress of the lockdown by doing what makes me happiest: cooking. After all, we were still allowed to go out for groceries. For the first time in my life, I felt that I was no longer burdened by deadlines and that I had an endless amount of that precious commodity of time. The only thought each morning as I woke up was, “What will I cook today?” My Instagram account was filled with photos of what I had prepared each day and soon I had countless requests for recipes. My focus was on technique and the best ingredients available. Most of all, I wanted to emphasize the importance of eating together. And so, I began to finish a cookbook I had started long before.

The title of the book, A Tiny Kitchen in Florence, was chosen because my kitchen in Florence is on the small side. Like most people, I don’t have a fancy Viking range, a humongous refrigerator or an outrageously expensive batterie de cuisine. Instead, I prepared and tested meals for myself and my husband during the first five months of the pandemic in my small and efficient Italian kitchen.

Acquacotta is a hearty country meal from the Maremma in southern Tuscany, where the use of a few good ingredients is turned into pure magic. This recipe is perfect at the beginning of September when there are still so many luscious summer tomatoes available, and yet the weather is about to cool down and transition into the fall. Although acquacotta is a soup, it’s most unusual. It has an exquisite taste of sun-ripened tomatoes, onions, celery, and basil transformed into another flavor. The sorcery lies in the way it’s cooked. At the end, one egg per person is added on top to gently poach in the soup. And naturally, slices of toasted Tuscan bread line the bottom of each plate prior to serving. 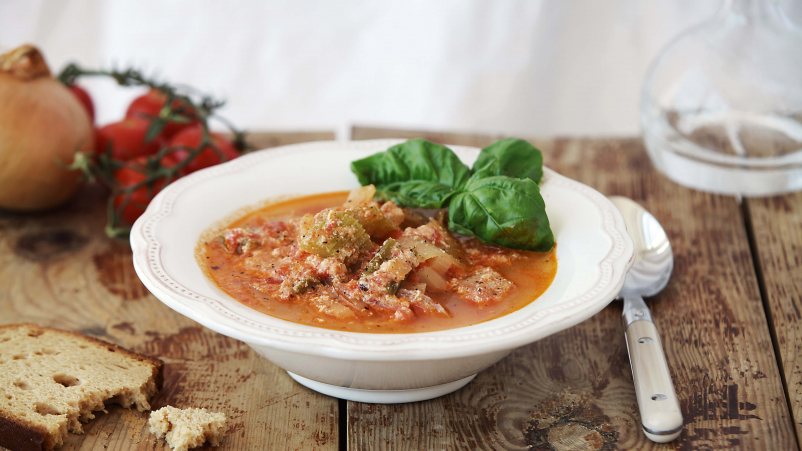 I was introduced to this soup by my friend M., who grew up on a farm in Maremma. Her mother often prepared this dish for the family of five, and although ingredients were plentiful on the farm, this is historically a shepherd or coalminer’s meal, prepared out in the open with only a few ingredients needed, always including the hardened bread ready to be thrown into a soup with plenty of water as the name implies: cooked water. This rustic dish came to be enhanced with the arrival of tomatoes from the Americas and it became quite another thing.

800 g peeled chopped tomatoes (drop the tomatoes for about 2 minutes in boiling water, then remove the peel)

500 ml vegetable broth (or substitute with water. If you want to make the broth, boil 2 carrots, 2 sticks celery and 1 onion in about 8 cups of water)

Sliced hardened bread brushed with extra-virgin olive oil and toasted slowly in the oven, to serve

Parmigiano Reggiano for grating on top

Peel the onions, cut in half lengthwise, then slice thinly and set aside.

Wash the celery and slice thinly, including the leaves.

Add the chopped tomatoes, stir and cook for about 10 minutes, then add the vegetable broth (or water). Cook for about 40 minutes. Cover the skillet to finish cooking and taste for salt. Stir every so often.

It is ready when you see the oil beginning to float to the top. Add the basil leaves. At this point, drop 4 eggs that you have cracked separately into a small bowl and dropped separately into the acquacotta. Drop each egg gently and close to the surface of the soup. Cover the skillet again to cook the eggs for about 3 minutes. 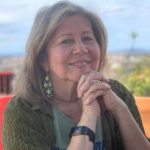