On the anniversary of the death of Saint Francis (October 3, 1226), a dedicated online exhibition is available on the Uffizi Galleries website, titled "Francesco Universal Brother - life and worship of the poor man of Assisi".

The sixteenth century church incorporated into the Vasari complex of the Uffizi Gallery has reopened to the public following extensive restoration works. It is now possible to visit part of the historic medieval site, walking on transparent flooring above the original ground. 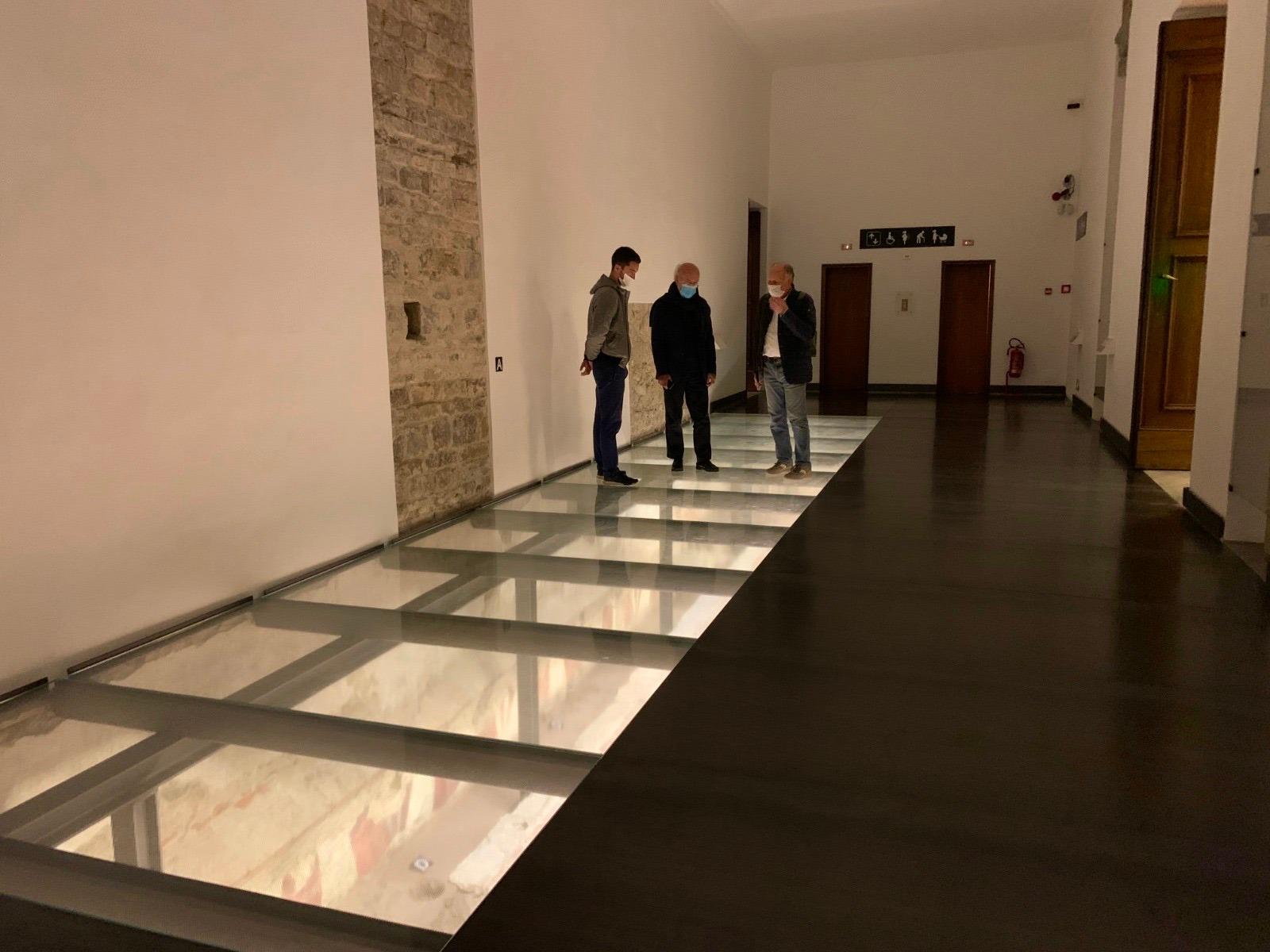 Walk above the medieval architecture

The columns of this hall date back to a Romanesque church on the site (11th century) that were decorated with votive frescoes depicting saints in the 14th century. The Church was resized given the construction of the Uffizi in the 16th century, reduced to a single central nave and the columns were incorporated into a masonry wall. However, it continued to be active until it was deconsecrated by Pietro Leopoldo di Lorena in 1782.

It is known that Dante Alighieri frequented this place when it was used as a town assembly and he held the role of Prior. Documentation reveals he spoke here in the year 1300.

A new layout and lighting enhance the spaces of the former church, the centuries-old naves now visible under the transparent flooring, allowing visitors to admire the medieval architecture. The excavations brought to light burial remains in a lower level crypt. This area, as well as the column with the 14th century fresco of San Francesco, was not formerly visitable in the standard tour. 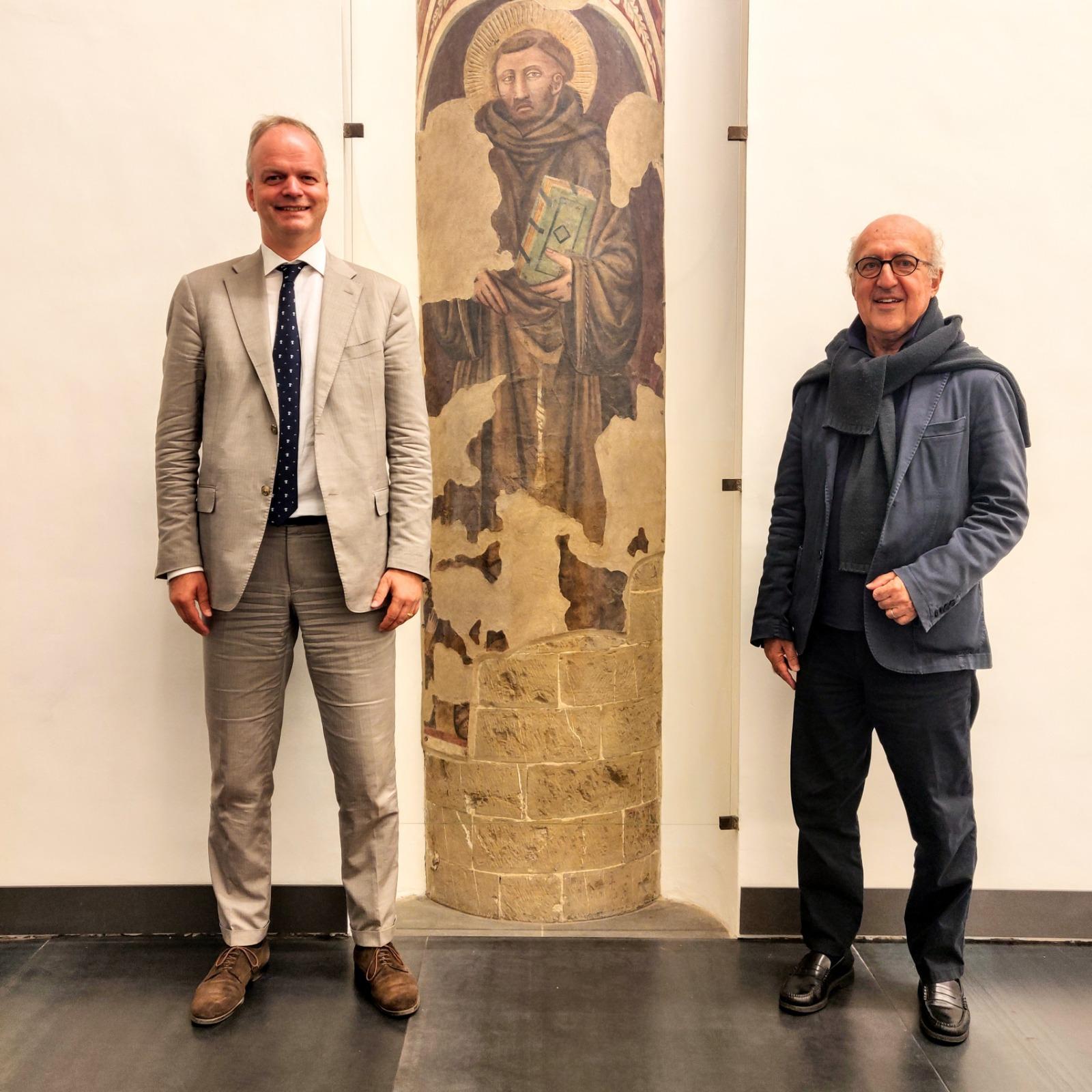 Eike Schmidt and Antonio Godoli of the Uffizi Gallery

On the anniversary of the death of Saint Francis (October 3, 1226), a dedicated online exhibition is available on the Uffizi Galleries website, titled “Francesco Universal Brother – life and worship of the poor man of Assisi”. The virtual exhibition consists of 20 high-definition images of works from the Galleries collection, with explanations and comments, including masterpieces by Andrea del Sarto, Jacopo Ligozzi, Federico Barocci, El Greco, Ludovico Cigoli and Cristofano Allori.

Director of the Uffizi, Eike Schmidt, commented “The opening of San Pier Scheraggio to the public in these times is a meaningful event if you think about the role of civic space that the church had in medieval times. It is important that after almost two decades, the fresco with St. Francis, a centuries-old image of the national saint, becomes visible again to all within a state institution such as the Uffizi. To celebrate the feast of the saint of Assisi, we are also dedicating a beautiful virtual exhibition to him, which can be viewed online all over the world. It is an opportunity to rethink the universal value of his message of love for creation, through the magnificent works of our collections”.