The paintings of Sulla and Henry VIII have only just been ascribed to the hand of Cristofano.

Three paintings found in the lofts of the Palazzo Pitti have been identified as the work of sixteenth-century artist Cristofano dell’Altissimo.

These paintings respectively portray Romulus, the mythical founder of Rome; the Roman general Lucius Cornelius Sulla; and a young Henry VIII of England. Romulus is depicted is a warrior king, with a hawkish nose and a thick beard. The paintings are Cristofano’s copies from the so-called Giovio Series, a collection of nearly 500 portraits assembled by Renaissance bishop and historian Paolo Giovio.

“We unearthed the Romulus portrait during a systematic study of all the paintings in our collection that belong to the Giovio Series,” said Uffizi director Eike Schmidt. “We will publish the results in a book within the next few months.” 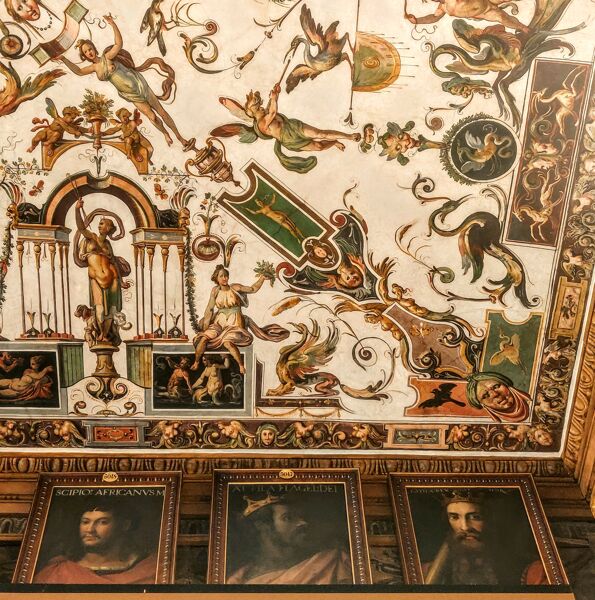 Bottom: other portraits from the Giovio Series in the Uffizi

Other paintings by Cristofano, presumed lost for five centuries, were found in the lofts of Palazzo Pitti. The paintings of Sulla and Henry VIII have only just been ascribed to the hand of Cristofano; until then, they had been attributed to an anonymous sixteenth-century artist.

In 1552, Cristofano (c.1525-1605) was commissioned by Duke Cosimo de’ Medici to make copies of Giovio’s collection, a task that took decades. The Uffizi displays its extant paintings from the Giovio collection in a corridor on the gallery’s second floor (see above).