When in via della Scala, take a moment to pause outside number 50 and look at the plaque on the wall. It translates into English:

In this palace which was built in Florence the Capital lived

of the battle of Calatafimi

Behind this plaque, there is the sad story of Rose Montmasson, known as Rosalie, a woman who suffered exile with her man, followed him into battle, often economically supported him, saw him renege on the ideals that had bound them together; who was abandoned for another younger woman, weathered the scandal surrounding his third marriage, and died alone and in misery. 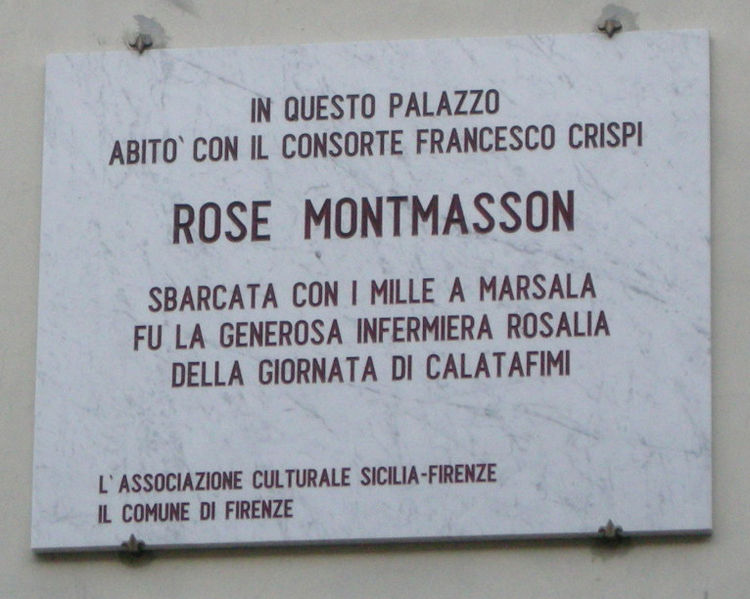 Born on January 12, 1823 in the small village of Saint-Jorioz, in Haute-Savoie, Rose Montmasson came from a humble peasant farming family. After her mother’s death, Rose, a very pretty, semi-illiterate 15-year-old, decided to emigrate to a larger town in search of work. She probably went first to Marseille before arriving in Turin, the capital of the Kingdom of Piedmont-Sardinia, where, as the niece of the turnkey, she found a job as a laundress at the prison. She washed and ironed the clothes of the “political prisoners”, who were not provided with uniforms. There, in 1853, she met and fell in love with the tall, 34-year-old Francesco Crispi, who had been imprisoned for subversive activities as part of Giuseppe Mazzini’s Young Italy republican movement during the 1848 uprisings.

Known as Ciccio to family and friends, Crispi was born in 1819, in Riberia (Sicily), but he settled in Palermo after qualifying as a barrister. There, at the age of 22, he married, against his parents’ wishes, Rosalia D’Angelo, with whom he had two children who died in 1839, along with their mother. Once in Turin, he was denied a professorship and barely survived by writing scant articles about the Sicilian struggle against its Bourbon rulers. The couple were also harassed by another of his lovers, Felicita Vella, with whom he had an illegitimate son. After his release from prison, he fled to Malta, a place he described as “an ungrateful rock”. Rose followed him in December 1854. There, the authorities left him in peace until he started criticising local politics in the newspaper he had created for fellow exiles. Again expelled, before leaving Malta, Crispi wanted to marry his loyal companion, so he found a Jesuit priest to bless them and put the ring on her finger that a friend had to give him because he was too poor to afford one. Crispi left for London, where Rose joined him later. He established contact with Mazzini, often using Rose as a go-between, carrying letters to him in her market basket. The couple’s next stop was Paris, where Rose worked to feed them. After the attempt on Emperor Napoleon III’s life by Orso Orsini in 1858, Crispi was once again expelled and returned to London. He continued to travel frequently between London and Sicily, and became one of the major forces behind the idea of an expedition to seize the island and open the way for Italy’s unification. Crispi and Rose, who dressed up as a man, joined Garibaldi and his thousand volunteer soldiers. As brave as any man, Rose became “the angel of the wounded” during the battle of Calatafimi. For this, she was awarded the Cross of Valour, which her comrades demanded should be adorned with diamonds. 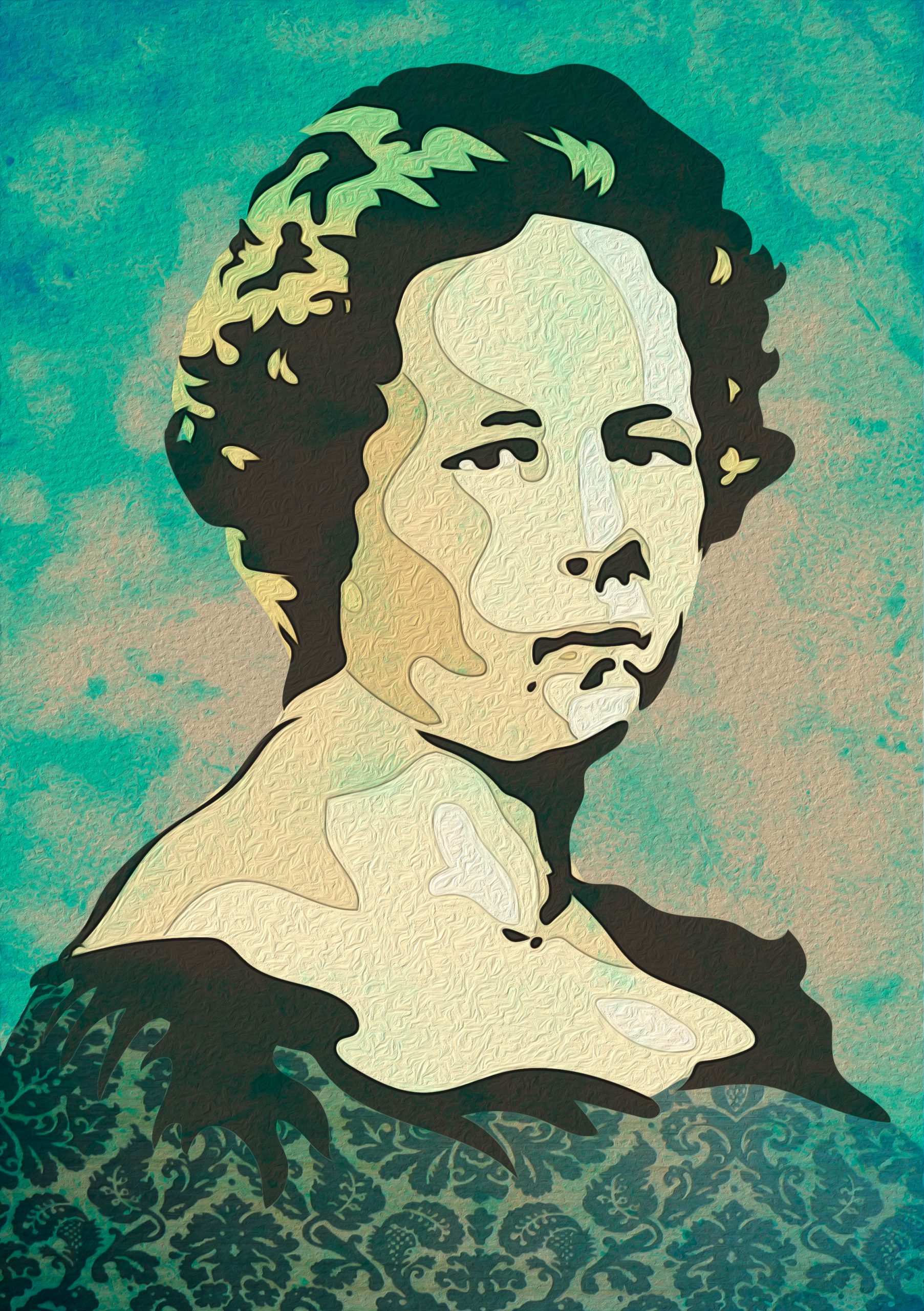 Authoritarian and volatile, Crispi’s inexorable rise to political power began, firstly as a parliamentarian, then president of the lower house, followed by appointment as Minister of the Interior and, at its pinnacle, Prime Minister between 1887 and 1890, and again in 1894. In 1864, he had deserted Mazzini’s cause and announced he was a monarchist. During the period when Florence was Italy’s capital, the couple lived in Florence, and Crispi’s legal career flourished. As his star ascended, his wife’s waned as she felt inadequate and unable to meet his expectations of her. She began to dress in an eccentric, extravagant way and became inordinately fond of animals. The legend goes that one day Crispi came home to find six new suits ruined by the hordes of dogs, cats, parrots, squirrels and white mice that crowded their home. It seems she also adopted a muster of peacocks. Exasperated, Crispi left her, never to return.

In January 1878, Crispi married for the third time to Filomena (Lina) Barbagallo, a young aristocrat, who was not only socially superior to Rose, but who had had his daughter five years before. This marriage caused a huge scandal and he was charged with bigamy. The court ruled that the marriage in Malta was invalid because it had been hurriedly performed abroad by an allegedly defrocked priest and had never been registered in Italy. Nonetheless, Crispi was forced to resign after only three months in office in March 1878, bringing down the government with him.

After Rose’s death in 1904, she was buried in Rome’s Verano monumental cemetery wearing the red shirt of her Garibaldi days. Her headstone simply read Rosalia Montmasson Crispi. A member of the Associazione Culturale Sicilia-Firenze, which, with the City of Florence, was responsible for unveiling the plaque in May 2007, wrote that its objective was “to restore honour and give justice to the heroine of Calatafimi,” concluding, “Courage, dear Rosalia, this plaque in via della Scala will bring you again a home, and a place in history.”