Best events in Florence this January, 2021 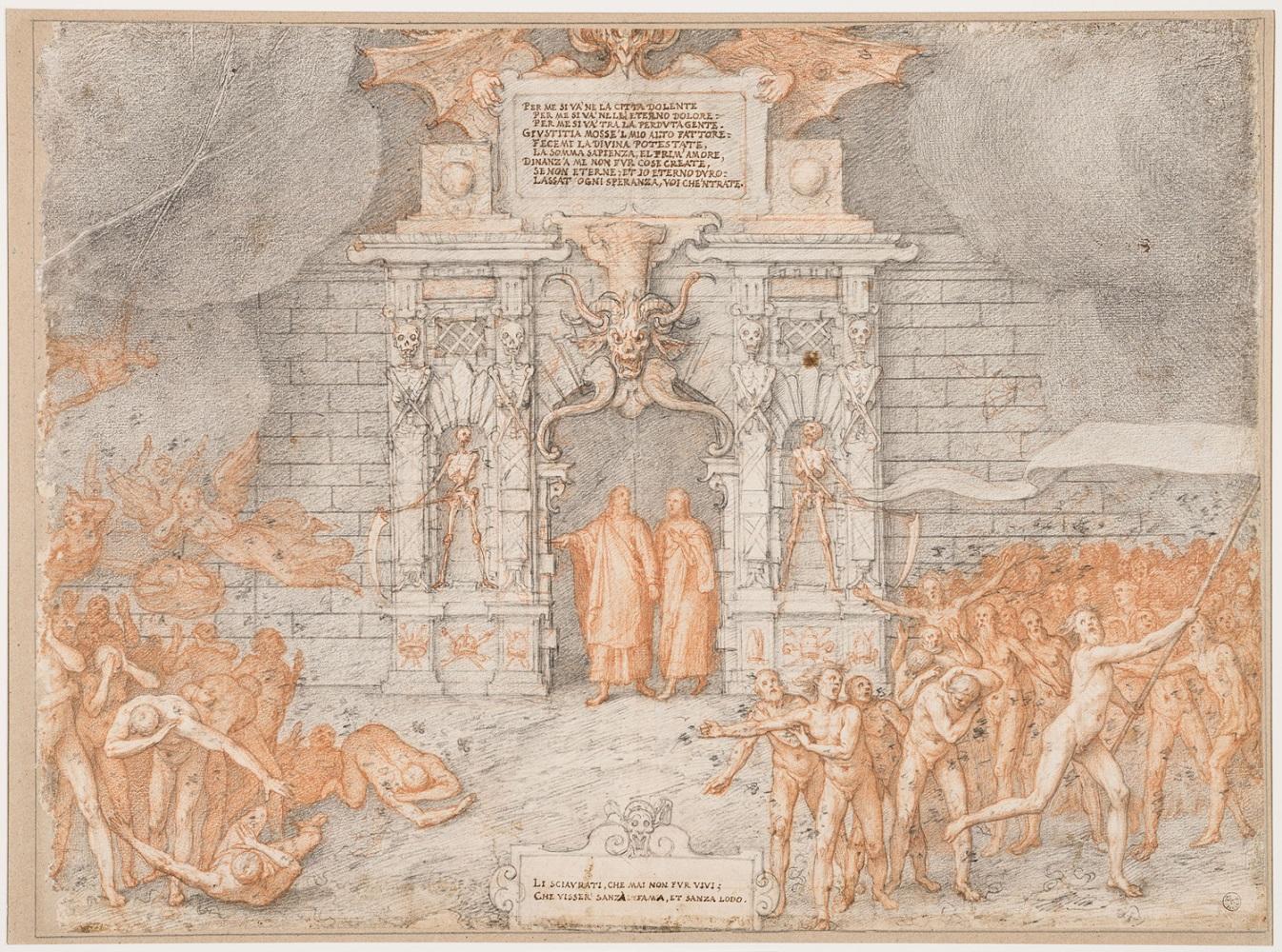 The Gates of Hell by Federico Zuccari

Over 30 Florentine cultural instituations come together to celebrate Dante Alighieri’s 700th anniversary in 2021. Inaugurated with an exhibition by Massimo Sestini at the Santa Maria Novella complex in October, the full calendar of events takes off this January with an enthralling range of events dedicated to the Supreme Poet. Over 50 events have been scheduled over the upcoming year, digital and otherwise, as well as an updated Facebook page with plenty to delight literary lovers. Highlights of this month’s Dante calendar include 88 rarely seen drawings of Dante’s Divine Comedy, created by Mannerist artist Federico Zuccari, which have been curated into a freely viewable virtual display by the Uffizi. The full line-up of Dante events is available here. 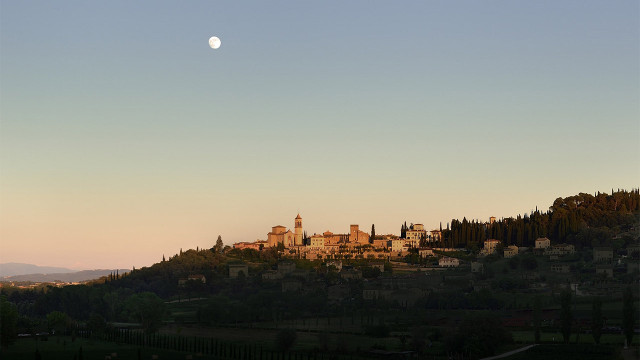 Brunello Cacinelli launches events at 10am on January 12

The fashionable affair of Pitti Uomo is typically the focal point of January’s cultural calendar. However, this year Pitti Immagine Uomo and Pitti Immagine Bimbo have been postponed with heightened Covid-19 safety measures until February 21-23. Fashionistas can stoke their creativity in the meantime with the digital fair on January 12 accessible on the specially made platform, Pitti Connect, launched to support exhibiting brands and connect international buyers. Live streaming will present fashion houses’ Fall-Winter 2021 collections in a preview before the in-person fair in February. Brunello Cucinelli will start off the proceedings at 10am, presenting their upcoming collection via the live stream. 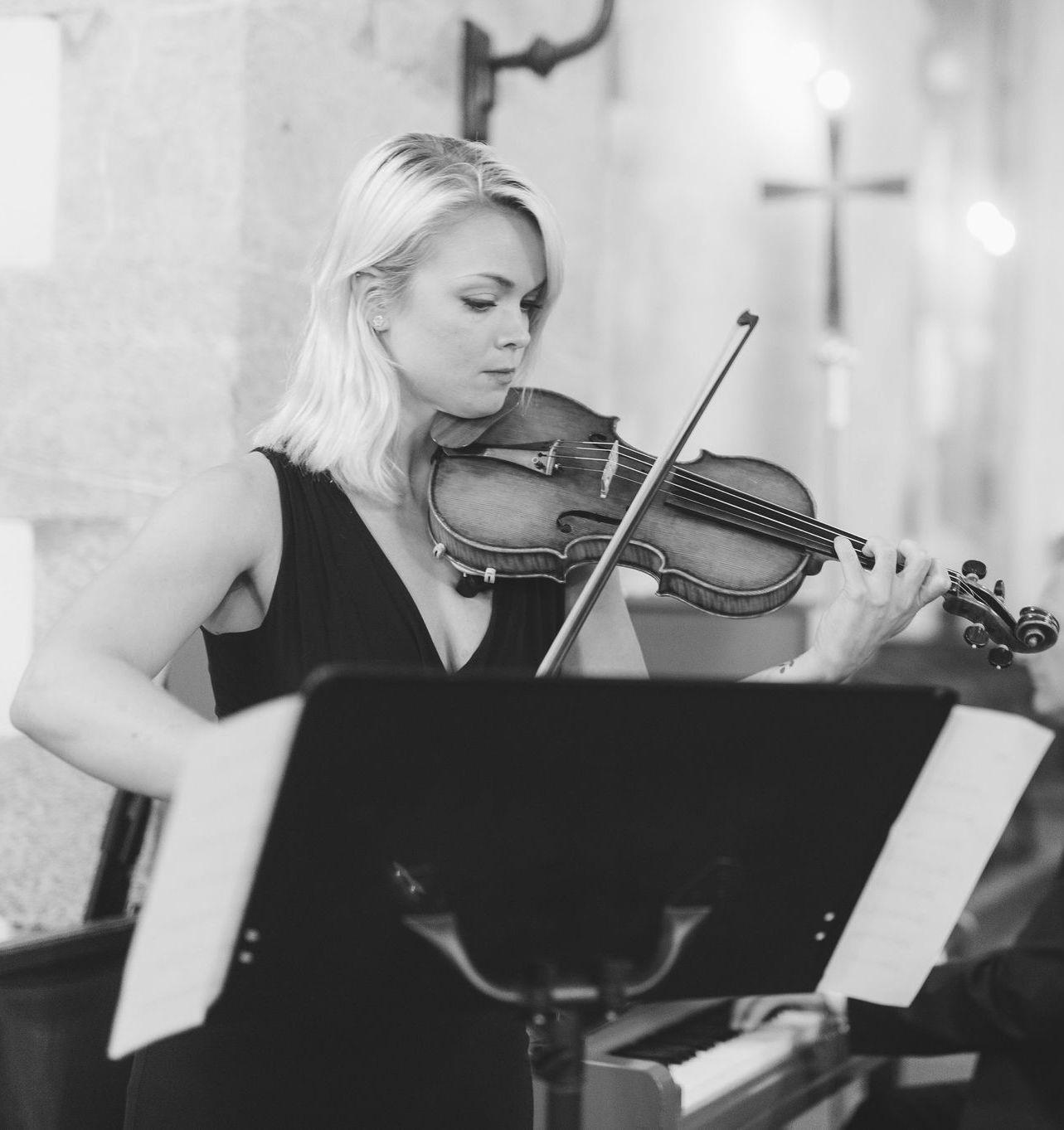 Palazzo Medici Riccardi is the inspiring setting for quality performances by classical musicians in a series of concerts that can be viewed online until January 23. Titled Il Palazzo Suona, the series is streamed on the MUS.E YouTube channel on Saturdays at 6pm. Each concert will take place in a different room of the Renaissance palazzo, beginning with an explanation by an art historian, encouraging viewers to take in the beauty of the art and architecture along with the memorable melodies. The concert on January 16 will be held in the Sala delle Madonne con Bambino as the Contemporatensemble performs Gluck, Rossini, Mozart, Bach and Schubert, with countertenor Antonio Giovannini and pianist Marco Gaggini. Finishing off the series, the concert on January 23 will take place in the Carlo VIII hall, with the Schubert quartet Death and the Maiden played by violinists Boriana Nakeva and Annalisa Garzia, violist Lia Previtali and cellist Sara Nanni.

British artist Antony Gormley sees his body-based artistic research placed in piazza Duomo, Prato, created intentionally to relate with the architectural space. Eliciting a variety of responses, the work can be simultaneously seen to evoke feelings of tenderness and reflectiveness or casts our minds to its position in the public space. Gormley views the stoic silence of sculpture as its strongest quality, allowing us to project our thoughts and feelings upon it. The four-metre high cast-iron sculpture weighs 3,600 kilograms and was made using industrial revolution methods, intriguingly positioned within the eighteenth-century piazza. The Comune di Prato and the Foundation for Contemporary Arts in Tuscany, along with Centro Pecci and the Arte Continua cultural association are behind the artwork’s dramatic placement.

Rescheduled: dates to be confirmed 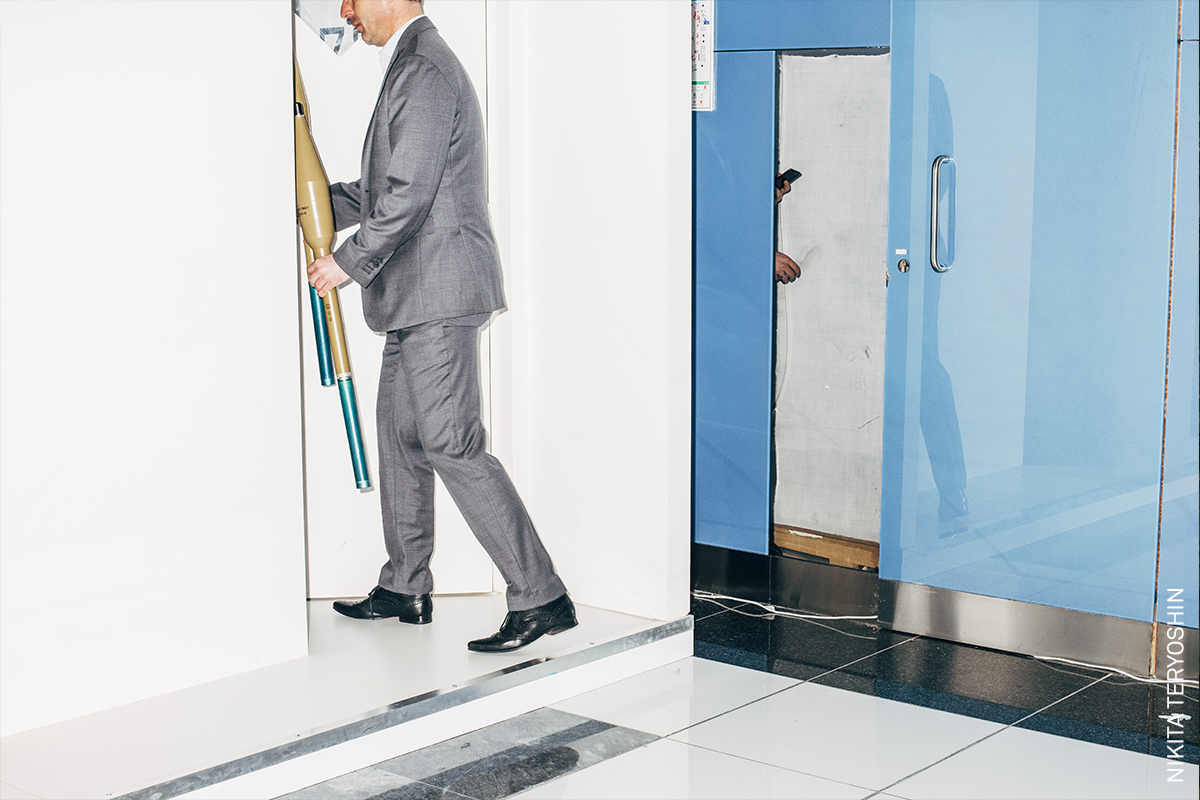 Five exhibitions form the highly anticipated Photolux festival in Lucca, directed by Enrico Stefanelli and set in the historic sites of Palazzo Ducale and Villa Bottini. In the latter, the collective exhibition titled L’inizio del futuro (The Beginning of the Future) features an audiovisual installation by Cesura that retraces the different phases of the pandemic as it was and is being experienced in Italy, as well as works by freelance photographers on the same theme. In Palazzo Ducale, on the other hand, an exhibition dedicated to the winners of the 63rd edition of the World Press Photo initiative displays the best photographs that have captured events and news from all over the world. Please check the latest Covid-19 restrictions before travelling. 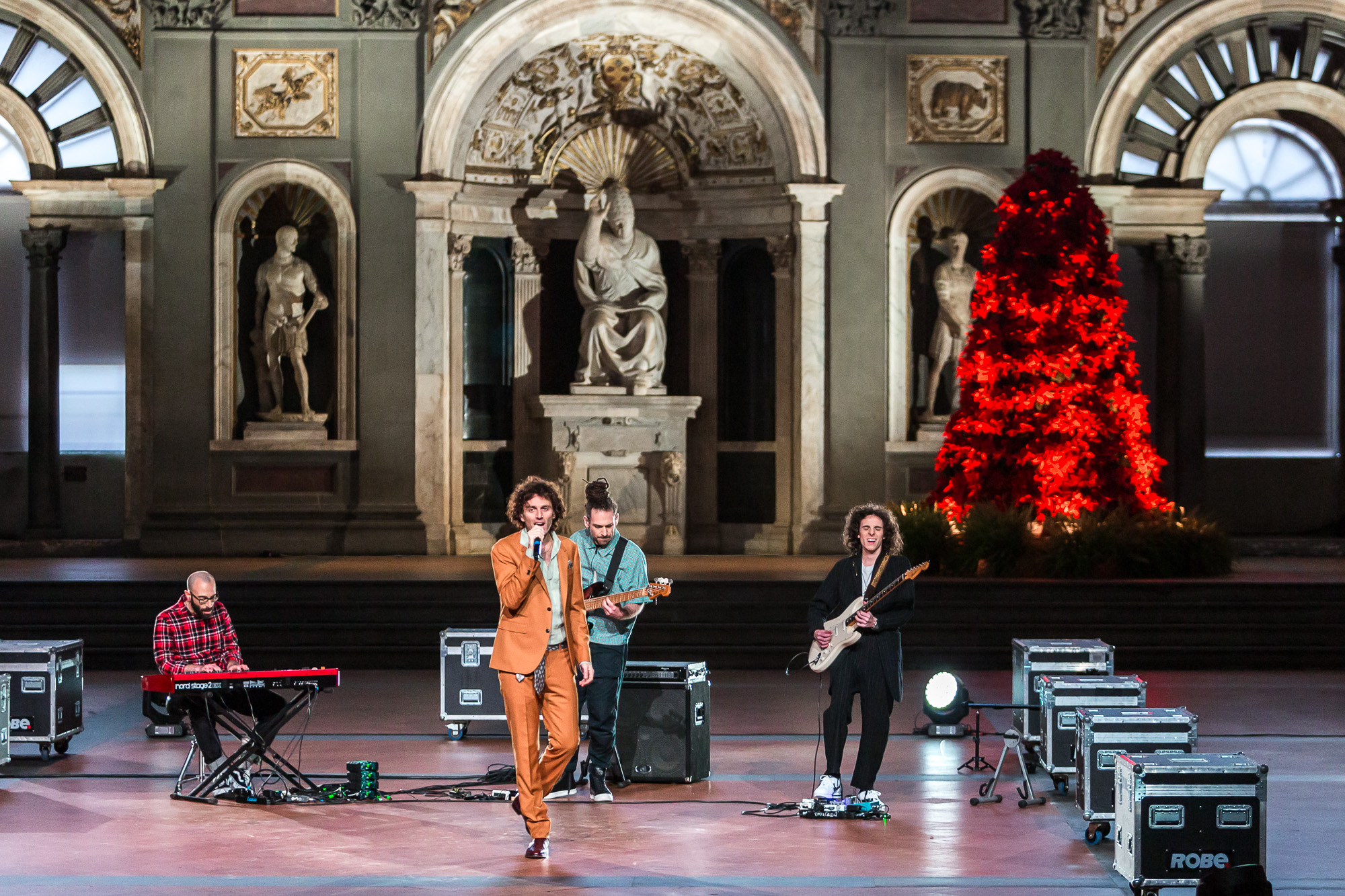 In case you missed it, the New Year show at Palazzo Vecchio titled Future was a dazzling display of ballet, theatre and high calibre music that ushered in the New Year in style. The line-up features Daniele Silvestri, Erica Mouand, rapper Ghemon, Irish cellist Naomi Berrill and ballerina Jennifer Rosati and the performances are still currently available on the City of Florence’s YouTube channel if you want to witness the magic. 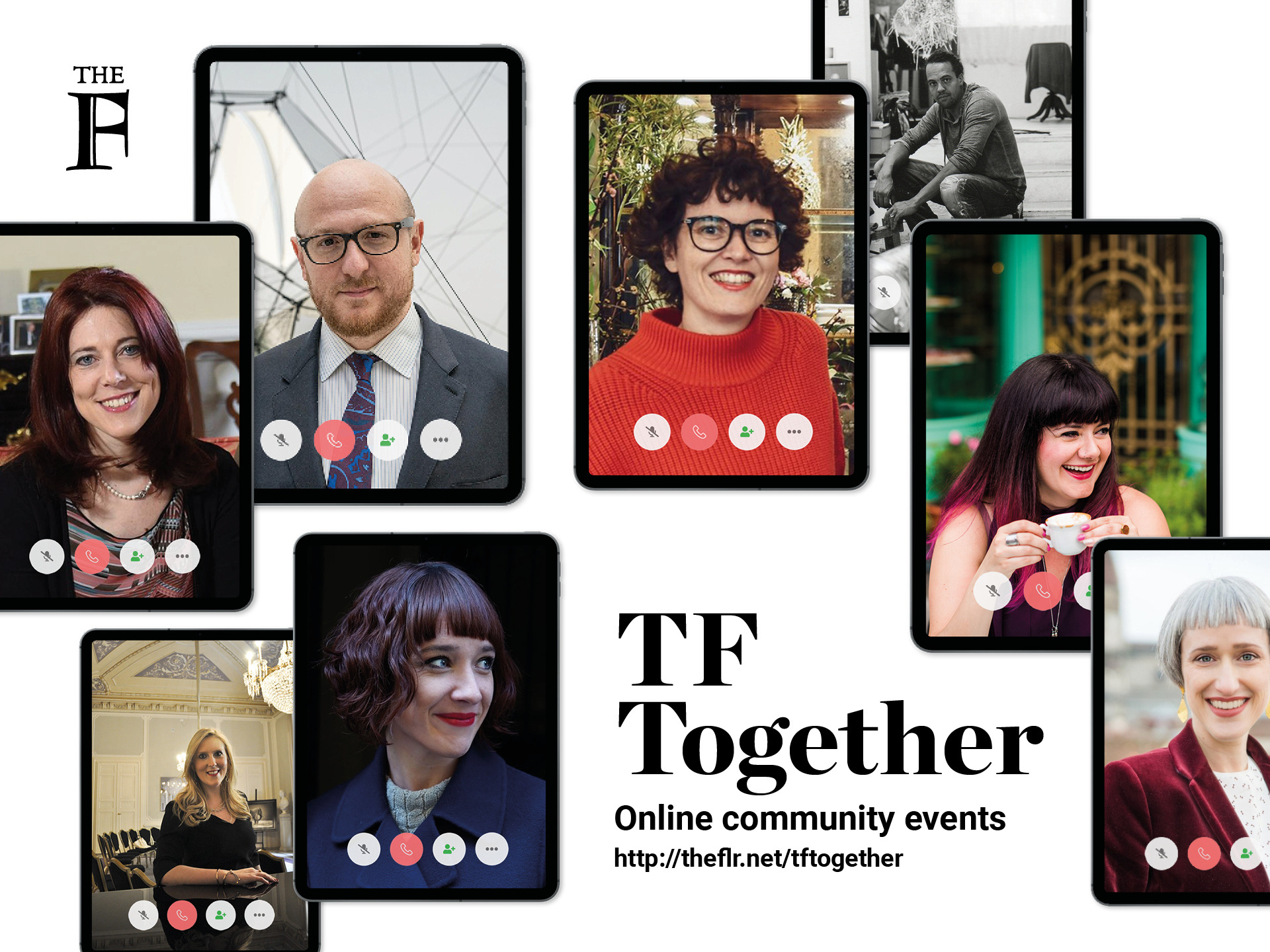 TF Together – The Florentine’s online events series viewable on our YouTube channel (don’t forget to subscribe!) continues with Sheryl Ness, author of Love in a Tuscan Kitchen and her chef husband Vincenzo on January 22, sharing the romance of their food-focused Tuscan love story. Laura Biancalani, president of the Andrea Bocelli Foundation, speaks on January 29 about the organization’s 10 year anniversary as well as plans for their new global headquarters and vocational laboratory soon to be inaugurated in San Firenze. The updated programme is available here.

The British Institute of Florence’s online lecture series resumes this month with a variety of insightful talks. At 6pm on January 13, Lisa Kaborycha will discuss ‘Fallen Marys: The Magdalene and Other Wayward Saints in Renaissance Art’. Lorenzo Vigotti will delve into ‘The Florentine Ghetto: A Real Estate Strategy by the Medici’, at 6pm on January 20, and Peter Fischer will explore ‘A Taste of Modernity – The Tuscan Wine Revolution’ at 6pm on January 27. Talks take place on Zoom with details on how to join can be found here.

St Mark’s English Church offer a range of events this month, including the Armchair Drama Club at 8pm on January 19, the monthly book club meet at 8pm on January 28, and Weekly Yoga with Kamin Mohammadi at 5pm on Fridays. All details are available here.

The Women’s International Network will host an online talk titled ‘Adversity & Resilience: living through uncertain times’ at 7.30pm on January 20, with guest speaker Dr. Piero Stanley Pirro, a Florence-based Australian-Italian psychologist. Find out how to register on their website.

FILM/ Merry Cinema and All I WatchFor Christmas 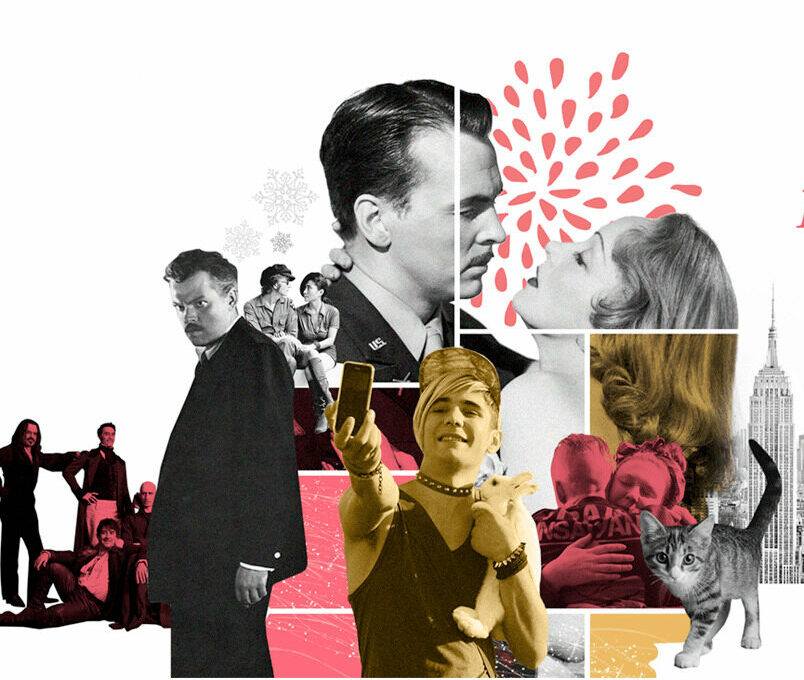 The cold evenings at home are made bearable by top calibre cinema, brought to us by Odeon Cinema and Cinema La Compagnia, who both offer a wealth of choice via their digital platforms. Until January 24, 30 movies form the line-up for All I WatchFor Christmas, streamable on Più Compagnia. Options include a selection of films from international festivals, Greek New Wave cinema, as well as documentaries and classics. All are available to access once you’ve subscribed for 9.90 euro. The Odeon Cinema have created Merry Cinema, available via MioCinema. Choose between comedies and other light hearted classics by Wes Anderson, Steven Soderbergh, Ang Lee, Stephen Frears and others, because let’s face it, who isn’t in need of a laugh. A different movie will be available each day until January 6.