The new ABF GlobaLAB will be a place for youth to engage and grow. 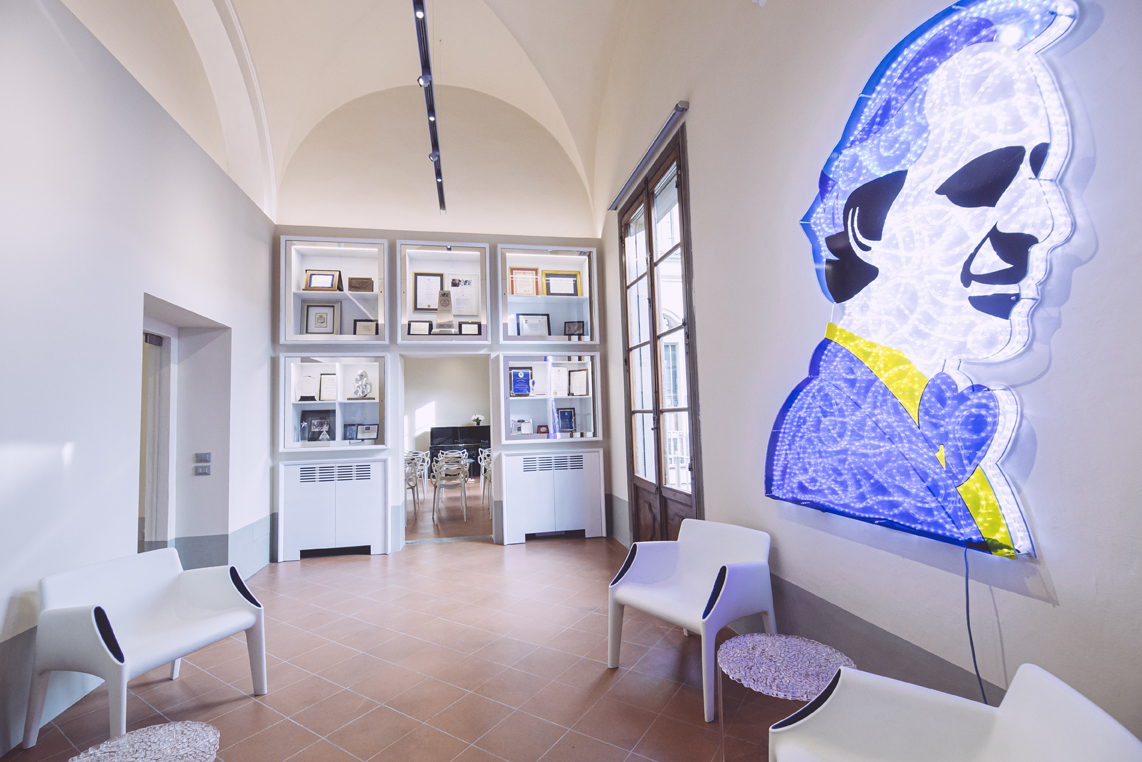 Situated in Florence’s Baroque San Firenze palazzo, the city’s former courthouse, the restored historic spaces serve as the foundation’s operational hub and a physical expression of its mission of empowering people and communities. The premises will be open to the foundation’s worldwide community, welcoming young people and thinkers from all walks of life. Planned to coincide with the International Day of Education on January 24, the inauguration marks the first of a series of public events planned throughout 2021 to celebrate the Andrea Bocelli Foundation’s tenth anniversary year.

“When my family and I established the Andrea Bocelli Foundation in 2011, we were inspired by the joy and love we were given by fans from around the world,” stated Andrea Bocelli, in a press release. “Our passion to support people and communities and put ourselves at the service of others has over the past decade been channeled into an organization that has grown beyond my wildest dreams. For me, ABF represents one of the highlights of my life. I am looking forward to experiencing many special moments with our global community in its new spaces.” 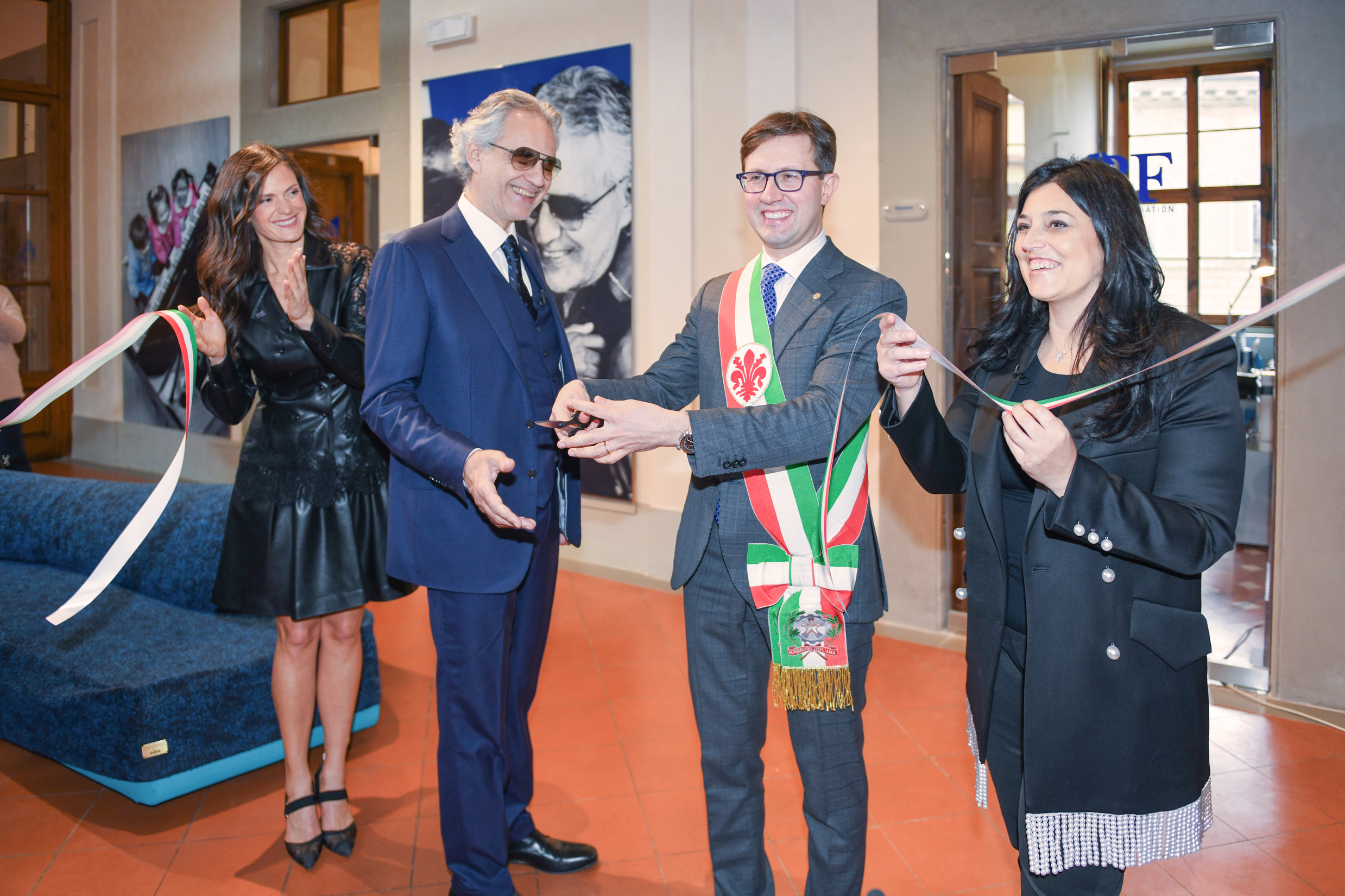 From left to right: Veronica Berti Bocelli, Andrea Bocelli, Mayor Dario Nardella, Laura Biancalani, ABF president. (All were tested for COVID-19 prior to the event.)

Adjacent to the foundation’s new operational offices, the ABF GlobaLAB is a vocational project aimed at incentivizing and driving the talent of the citizens of tomorrow. Areas have been carefully designed to build community and foster dialogue through complimentary, year-round physical and virtual educational activities. These include workshops, talks and cultural events that draw from ABF’s numerous education-focused projects, which work to help meet the United Nations’ 2030 Agenda Goal 4.7 (education tools for inclusion). With a particular emphasis on engaging youth aged 16 to 25, but with programming for younger children as well, the living laboratory strives to bring together an innovative educational approach with the support of leading multi-disciplinary thinkers from around the world. An ABF GlobaLAB committee has been formed to help drive strategy and impact measurement as well as engage directly with ABF programming participants. The inaugural members include Stefania Giannini, UNESCO assistant director general for education; Mike Ferry, entrepreneur and motivational speaker; Dario Nardella, Mayor of Florence; Beatrice Venezi, conductor; Giovanni Caccamo, singer-songwriter; and Dr. Max Frieder, Ed.D, executive director, Artolution.

“The new ABF GlobaLAB will be a place for youth to engage and grow. A place where they can learn to express their fullest potential,” commented Stefano Aversa, ABF chairman. “For the Foundation, the space acts a driver to bring together public and private institutions, both Italian and non, in the service of art, music and culture: all critical elements for the development of a more just and responsible society.” 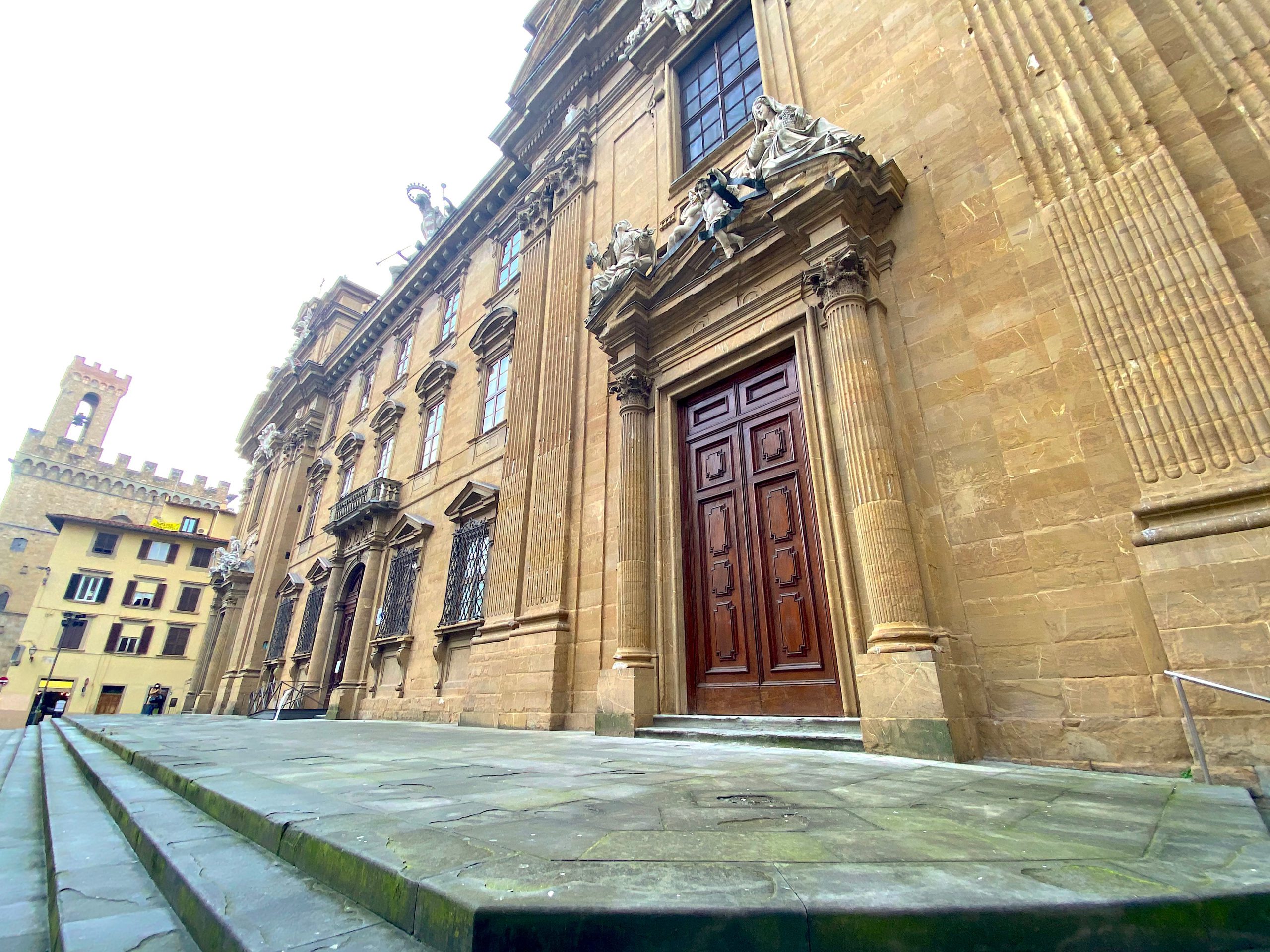 San Firenze, the headquarters of the Andrea Bocelli Foundation

The City of Florence has granted complimentary use of the second floor at San Firenze for 29 years. In turn, the foundation fully financed the extensive restoration, which took over 90 days to complete.

“From music to solidarity and education arrives a new signal of hope and rebirth for our city. In the heart of Florence we add a new and important building which used to host the ex-courthouse and which we did not want to leave empty and abandoned,” Dario Nardella, Mayor of Florence, commented. “Here, the Maestro Andrea Bocelli has brought his foundation to unveil an important cultural and social project for Florence and the world. One that gives a clear message during these long pandemic months that a new renaissance is not only possible, but also that the beauty of culture and education is crucial for young generations.” 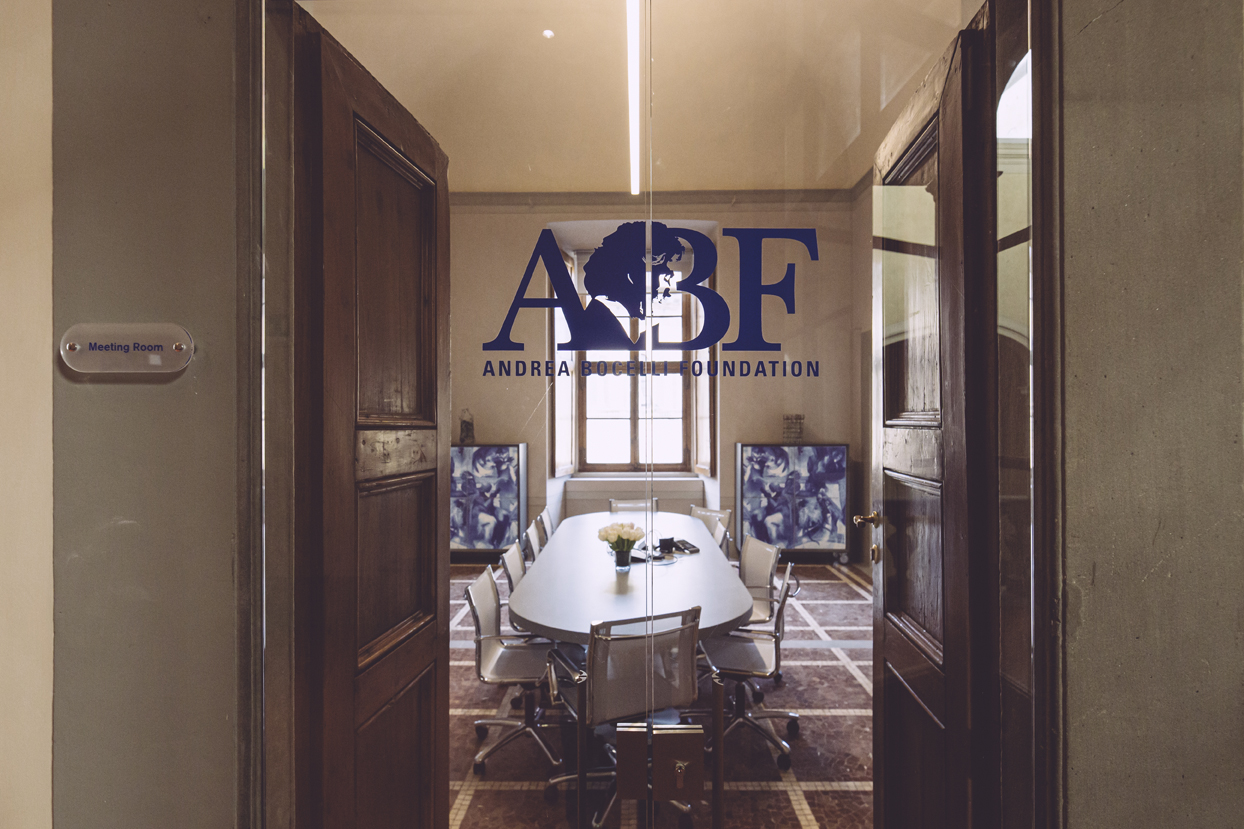 The San Firenze complex is regarded as one of the most important architectural Baroque-style buildings in Florence. Dating to the seventeenth century, the building was originally commissioned by the Oratorians of St. Philip Neri and over the centuries has housed an oratory, a seminary, the city’s court and a church, which is still active today. Today, the building is also home to the Franco Zeffirelli Foundation and Museum.

With the arrival of the Andrea Bocelli Foundation, the newly revitalized San Firenze complex highlights its role as a new centre for arts and culture education, a place open to the world.

TUNE INTO TF TOGETHER 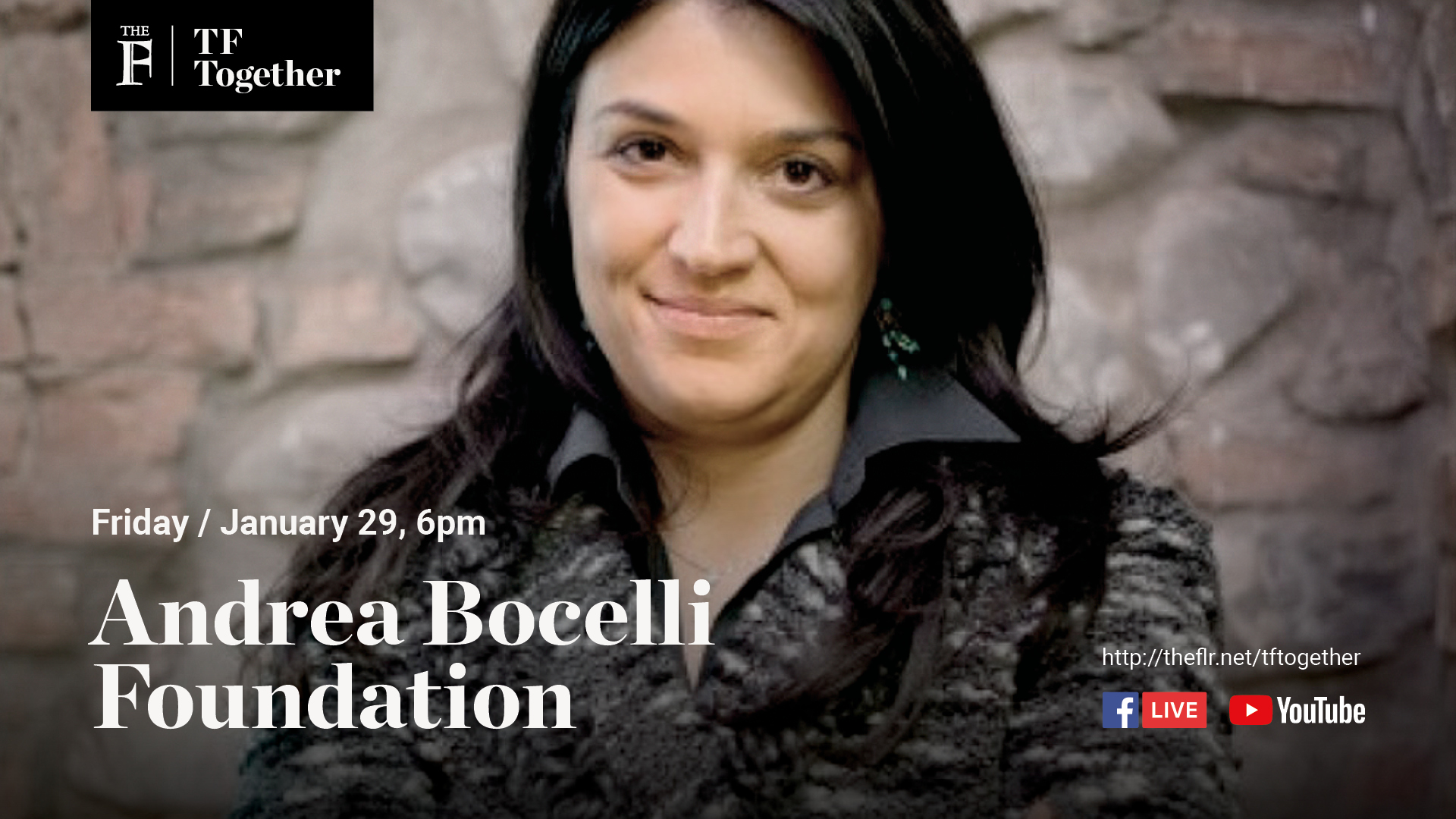 Laura Biancalani, president of the Andrea Bocelli Foundation, speaks about the organization’s 10 year anniversary as well as plans for their new global headquarters and vocational laboratory inaugurated in San Firenze.