Every year, Florence holds events to mark International Holocaust Remembrance Day, the anniversary of the liberation of the Nazi concentration and extermination camp of Auschwitz-Birkenau on January 27, 1945.

“In these times of a race for vaccines to eradicate Covid 19, Holocaust Remembrance Day is an extraordinary occasion to consider the responsibility, awareness and culture of the value of remembrance as a fundamental ‘vaccine’ against today’s too much forgetfulness about respecting the dignity of all human beings through education and civic culture,” commented Alessandro Martini, city councillor for the culture of remembrance. “Our Auschwitz Memorial is a symbol and represents an opportunity for us all.” 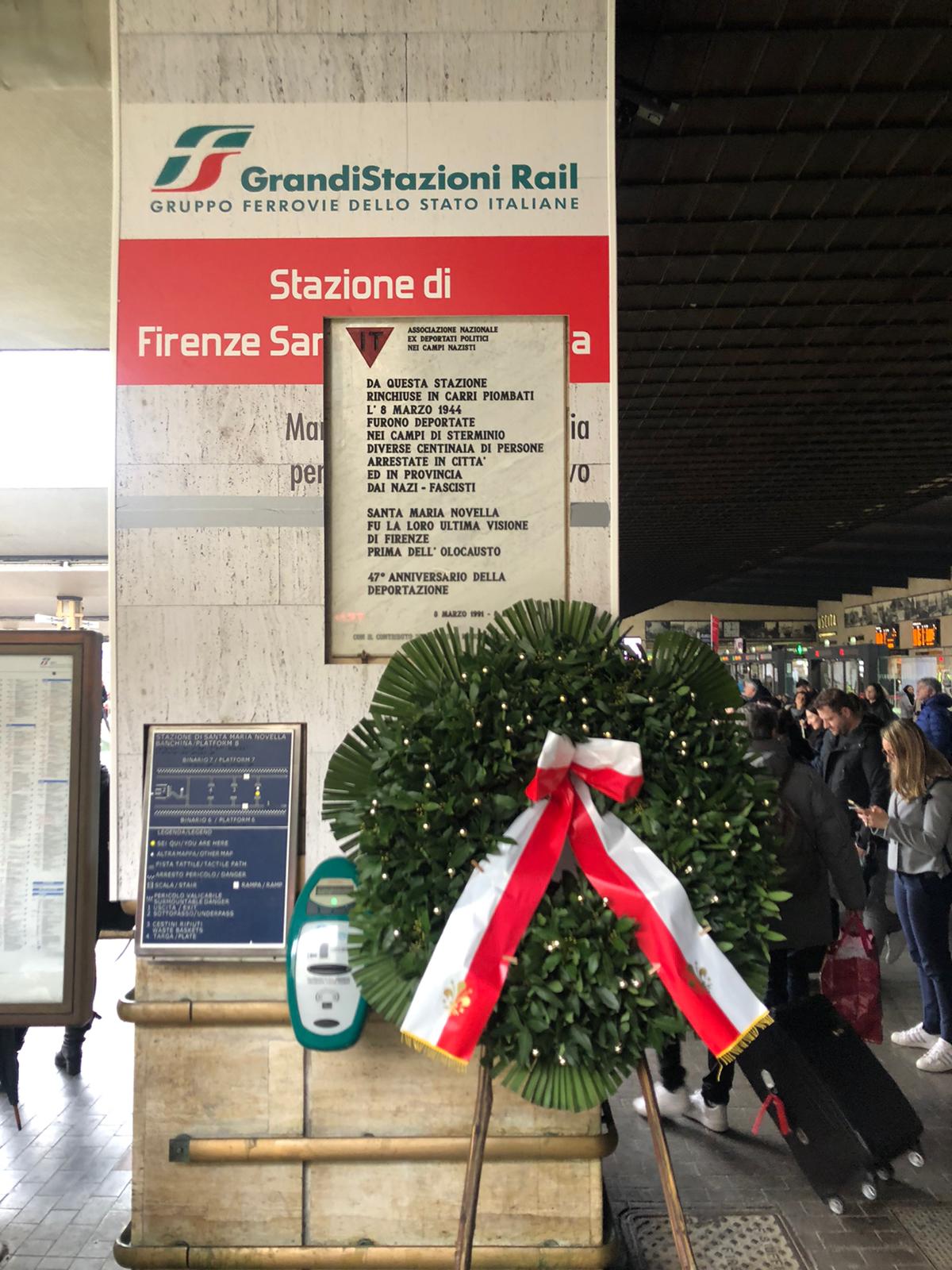 On January 27, Florence remembers the extermination and persecution of Jews and Italian political and military deportees in Nazi concentration camps with a live streaming event at Teatro della Compagnia aimed at schools in Tuscany will tune in for music, talks, films and presentations. At 11am, the general public can watch the memorial event live on the City of Florence’s YouTube here.

For the full line-up of Holocaust Remembrance Day events in Tuscany, see the Jewish Community of Florence website here.

The Italian Auschwitz Memorial was first established in Auschwitz’s Block 21 in 1979 by the Italian Association of Ex-Deportees and intellectuals such as writer Primo Levi, director Nelo Risi and composer Luigi Nono. It was presented in Florence forty years later before events that led to its closure. In 2019, the contemporary art memorial reopened for good at the Ex3 Centre in the Gavinana neighbourhood. The Italian Association of Ex-Deportees created the first exhibition about the decades-long history of remembrance of Italian deportation, which can still be seen on the ground floor of the memorial.

Visitors can pay their respects and learn more about the deportations at Florence’s Auschwitz Memorial (viale Donato Giannotti 81). The museum will be open on Friday this week for free, small-group guided tours in Italian, in compliance with Covid-19 guidelines, at 9:30am, 10:30am and 11:30am. Alternatively, on January 27 at 5pm, join a free virtual event on Zoom led by Marco Salvucci focusing on the memorial. To sign up for the tours or virtual event, email info@muse.comune.fi.it. 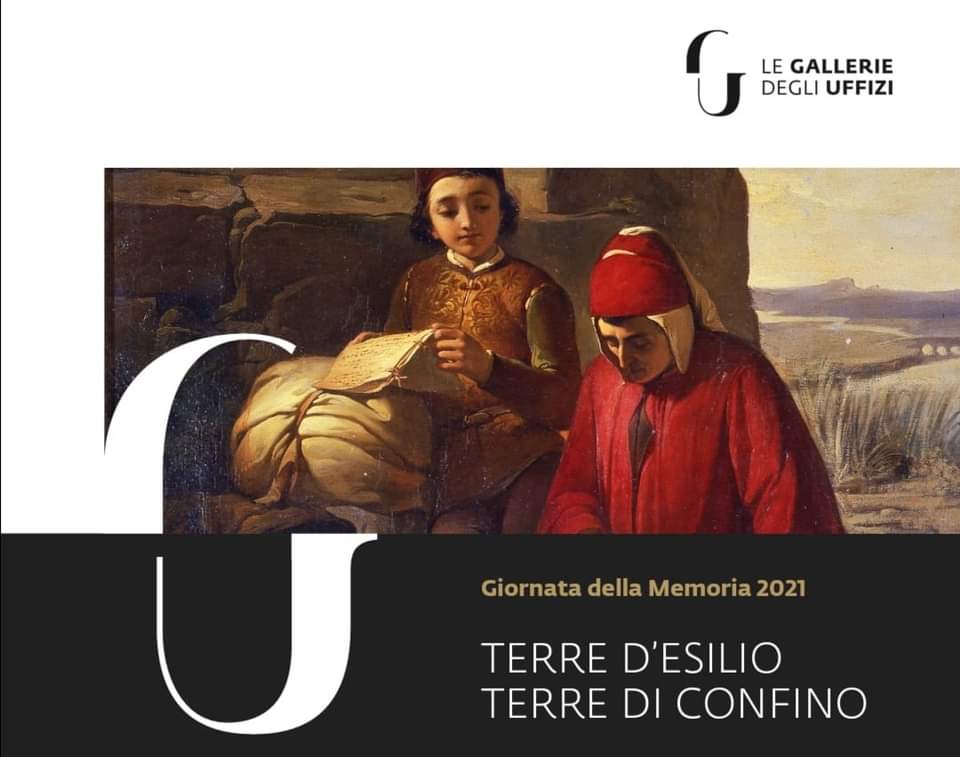 On Tuesday, January 26, the Uffizi Galleries is holding a Facebook event titled Lands of Exiles, Lands of Borders. The 700th anniversary of the death of Dante will frame the study morning as a swathe of scholars remember the men and women who were deported from Italy, with references to Ovid, Guido Guinizzelli, Dante and Carlo Levi, plus artworks in the Uffizi. Opening comments will be made by Uffizi director Eike Schmidt, president of Florence’s Jewish Community Enrico Fink and vice-president of ANED Silva Rusich, followed by talks by Alessia Cecconi, director of Fondazione CDSE in Prato, Italianist Riccardo Bruscagli and Valdo Spini, president of Circolo Fratelli Rosselli. 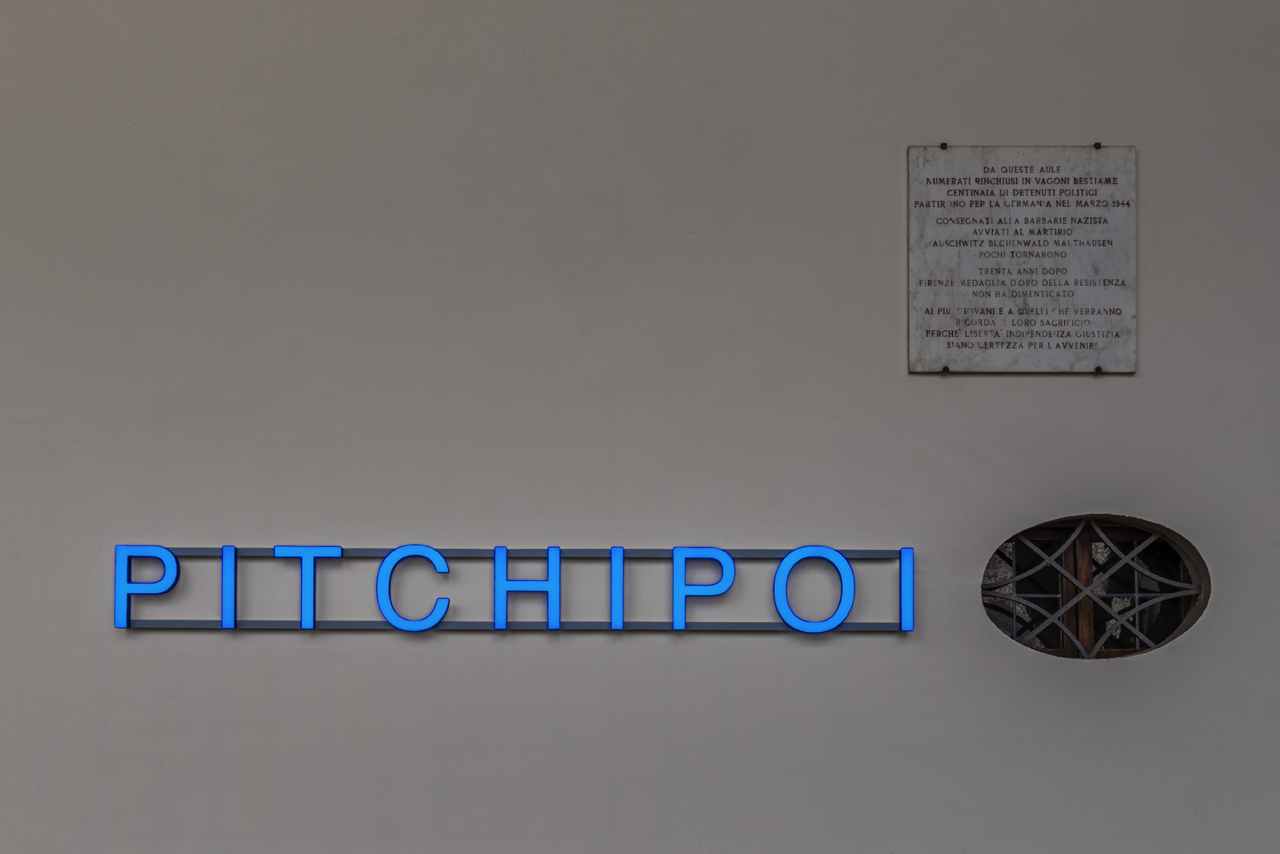 Claire Fontaine doubles the art collective’s presence at Museo Novecento with light installation Pitchipoi in the covered part of the loggia until March 11. The luminous artwork is situated next to the commemorative plaque stating how the building was once used to imprison political and Jewish prisoners. The Yiddish word Pitchipoi was a reassuring place name invented by Jews originally to quell fears of the unknown, although it later became synonymous of eternal damnation.

On January 27, Riccardo Iacopino’s Manni will be shown on loop in the cinema room. Produced by Museo Novecento, the film is based on a story of the long children of the Holocaust by Florentine writer Giorgio van Straten, who also stars in the short.