In the last days of summer, when most of us were indulging in myriad entertainments, Florence’s secondary teachers were bracing for the fall semester. I learned this first-hand on an outing to Carrara with friends in early September. As I enjoyed the views of the countryside from the back seat of my companions’ sedan, my seatmate, a teacher, spoke on the phone with her colleagues all the way from Florence to Forte dei Marmi.

I was later informed that this was one of several conference calls focused on implementing the new general safety guidelines for schools decreed by the Italian Government and Department of Education. These guidelines aimed to allow schools to reopen after a tumultuous spring semester during which the Covid quarantine had forced them to close. With no advance warning or training, in March 2020, teachers and students had been sent home to continue their courses online, an undertaking that would require extreme effort and commitment. Before they could even begin, virtual learning software had to be installed and understood. After that, the curriculum had to be restructured, practically overnight. The lessons and homework had to be reconfigured from hands on to virtual, and the year-end exams transformed from written to oral, one student at a time. All of this was added to the teachers’ regular workload. 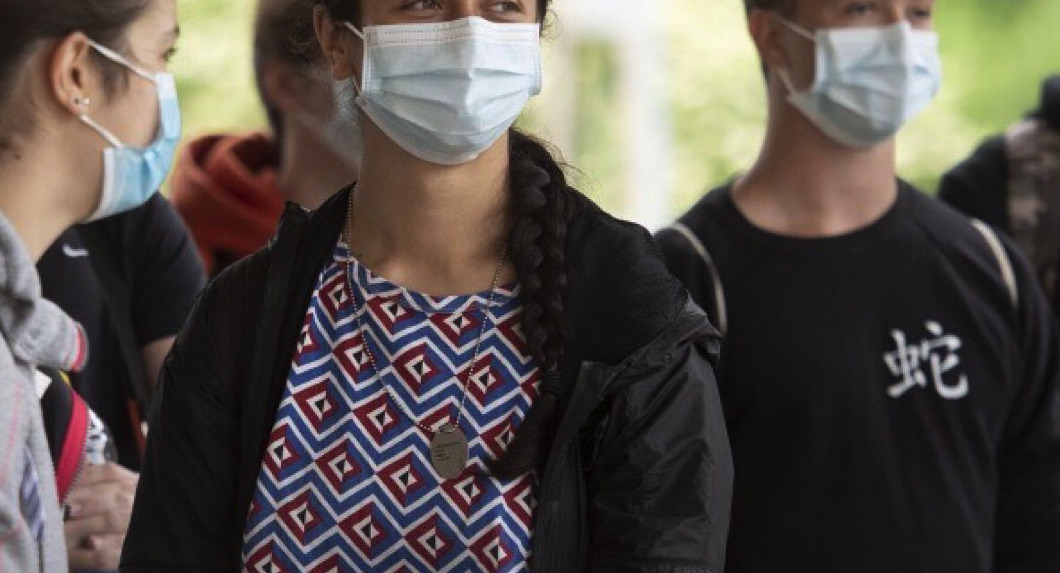 Returning to school in Florence

When the spring semester finally ended in June, there was a widespread desire to resume normal teaching practices by the fall. However, as September approached, the Covid virus refused to abate. It soon became clear that returning to the classroom would depend on enforcing the new government guidelines featuring three central themes: social distancing, mask wearing and hand sanitizing. To accommodate the need for physical distance, over the summer, student desks had been cut in half. In some cases, classrooms had been enlarged by opening up dividing walls between rooms. In others, desks were rearranged. Beyond that, each school was instructed to tailor the guidelines to its own conditions. Thus, as school principals announced the new regulations at the beginning of September, a wave of uncertainty swept over our teachers like the rising Arno during the rainy season.

I asked a teacher friend how her school had interpreted the three guidelines. She explained that to support physical distancing, classroom activities had been severely restricted. In addition, the students were restrained from moving freely throughout the campus. Fixed routes between the classrooms and outside areas had been laid out. The students’ normal 20-minute snack break had been divided into two 10-minute breaks, during which they were assigned a pre-determined outdoor space (indoor, during inclement weather), where they could congregate. The teachers, who supervised these breaks under ordinary circumstances, were now charged with policing the students. This was not only intended to secure distancing but to safeguard against the removal of face masks, which would be mandated at all times during school hours. A sanitizing procedure had also been introduced, requiring hands to be cleaned upon entering school and after touching textbooks or other teaching tools. A special protocol was adopted for teachers in which each time they changed classrooms (every hour or two), their desk, computer, and white board, together with all surfaces they had touched, would be cleaned.

I then asked my friend what differences these changes had made in her teaching experience. She related how previously the students could move around and work cooperatively. When the students were seated, the teacher could lean over them to check their exercise books and ask and answer questions to ensure the lessons were understood. Under the new rules, there could be no physical contact or exchange of objects and materials. The teachers could not work with individual students and had to maintain distance. The students could not touch each other and were obliged to remain in their seats, so classroom activities were designed to minimise movement. My friend recalled that the students suffered a lot from not being able to move around and said that teaching had become too routine. She worried that the students would lose interest in their lessons. Further, she indicated, wearing a face mask for four to five hours was uncomfortable and made it difficult for both teachers and students to communicate. My friend predicted that the students would become stressed and eventually tire of having to abide by all the rules. She added that she did not enjoy teaching under such conditions. Having to concentrate more, she asserted that she had lost some of her spontaneity. She pointed out that many of the students and teachers she knows had complained.

When I pressed her to elaborate, she said she felt compelled to follow the rules precisely and always worried that she had missed something. She noted that trying to simultaneously teach and follow the procedures was both time consuming and unduly complicated. For example, if a student was absent from school, she had to investigate. First, she had to check the school register to assure the absence was justified and then verify the form on which the family certified it was not due to Covid. Any student who was absent for more than five days had to obtain a medical certificate. If this measure was not adhered to, the student was sent to the headmaster. This was the teacher’s responsibility. 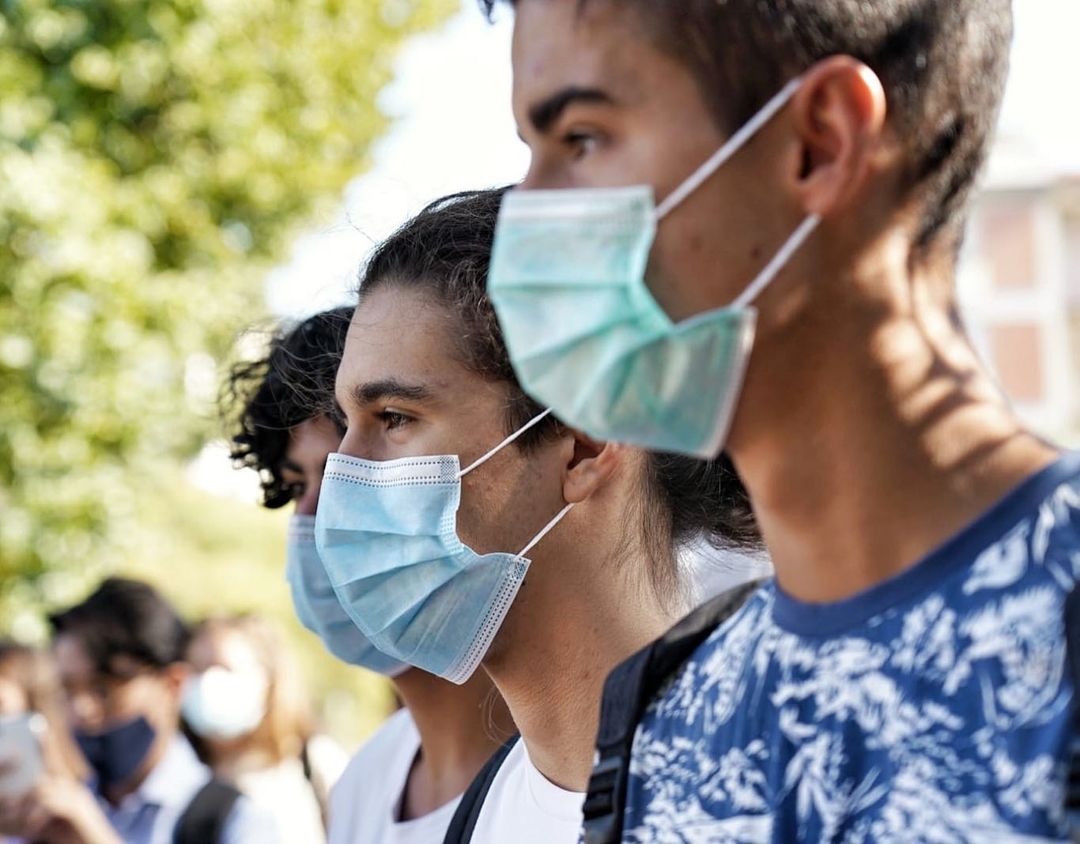 Bureaucracy and restrictions aside, one of the most significant impediments in my friend’s view was that she and her colleagues could no longer meet as they had in the past. The teacher lounge, or Sala Docenti, had been closed to prevent them from gathering. Describing it as “a real problem”, she stressed the importance of teachers being able to discuss and compare their classroom experiences, and especially under the circumstances, ways to manage the new regulations. The Sala Docenti had been converted into an extra classroom. The teachers had no place to go. When they arrived at school they went directly to their classroom and when they finished teaching, they went home.

After two months following the guidelines, in November 2020, Florence’s secondary schools again locked their doors, completing the fall semester through online distance learning. Now it is 2021. The festive season has come and gone, and the spring term is underway. It has been almost a year since our schools were first shuttered and the bewildering quest to keep them both open and safe continues. Among other things, post hoc analysis of the fall semester revealed a collateral complication, not from inside the schools but from outside. Many students travel to and from school on public transportation, where social distancing has been imposed to prevent the spread of the virus. However, with large numbers of students accessing transit services at the same time, distancing is impossible. Add to this the students’ behaviour. Unsurprisingly, and perhaps understandably, in the fall, students were seen removing their masks as they exited schools, and ubiquitous socialising followed as they waited for the bus and on the trip home. I saw this myself all the time.

Another bold new strategy was needed. The Italian government and Department of Education stepped up and conceived a plan. First, they calculated the percentage of students that could safely be allowed on campus at any given time. After that, the individual schools were instructed to customise their programmes. For example, at one school I know of, the students were divided into two groups: (1) grades 9, 10, and part of 13; and (2) 11, 12 and the balance of 13. The two groups alternate the days they are physically present on the school campus, so that each group is there three days a week and each receives online learning at home the other three days. In this way, every two weeks the students see each of their teachers in person at least once. My teacher friend said she likes this programme, calling it a “balanced solution”. She agreed that teaching only half of the students at any one time is safer and that when the students are together in class, the teachers can supervise classwork and administer tests, overcoming the weakness of distance learning. At her school, the transportation issue has also been addressed by stationing police at the bus stop and school entrance to monitor mask wearing.

At this point, no one knows for certain whether this plan will succeed or what new challenges may unfold before the pandemic passes. The only thing we know for sure is that whatever they are asked to do, our teachers will selflessly dedicate themselves to the task. We owe them our respect and our gratitude. Along with the medical staffs, police, firefighters, and other frontline workers who put their lives on the line every day, they are our heroes.

Dr. Patricia O’Neill is a researcher, author, lecturer and former lawyer. She holds a DPhil (oxf) in sociology and social gerontology, a Juris Doctor, and Master’s degrees in gerontology, Italian history and education. She is a member of the California Bar and the British Society of Gerontology. Her recent book Urban Chinese Daughters (Palgrave, 2018) is available on Amazon.