British artist Endless donates a self-portrait to the Uffizi

The first self-portrait by a street artist has been welcomed to the Uffizi. 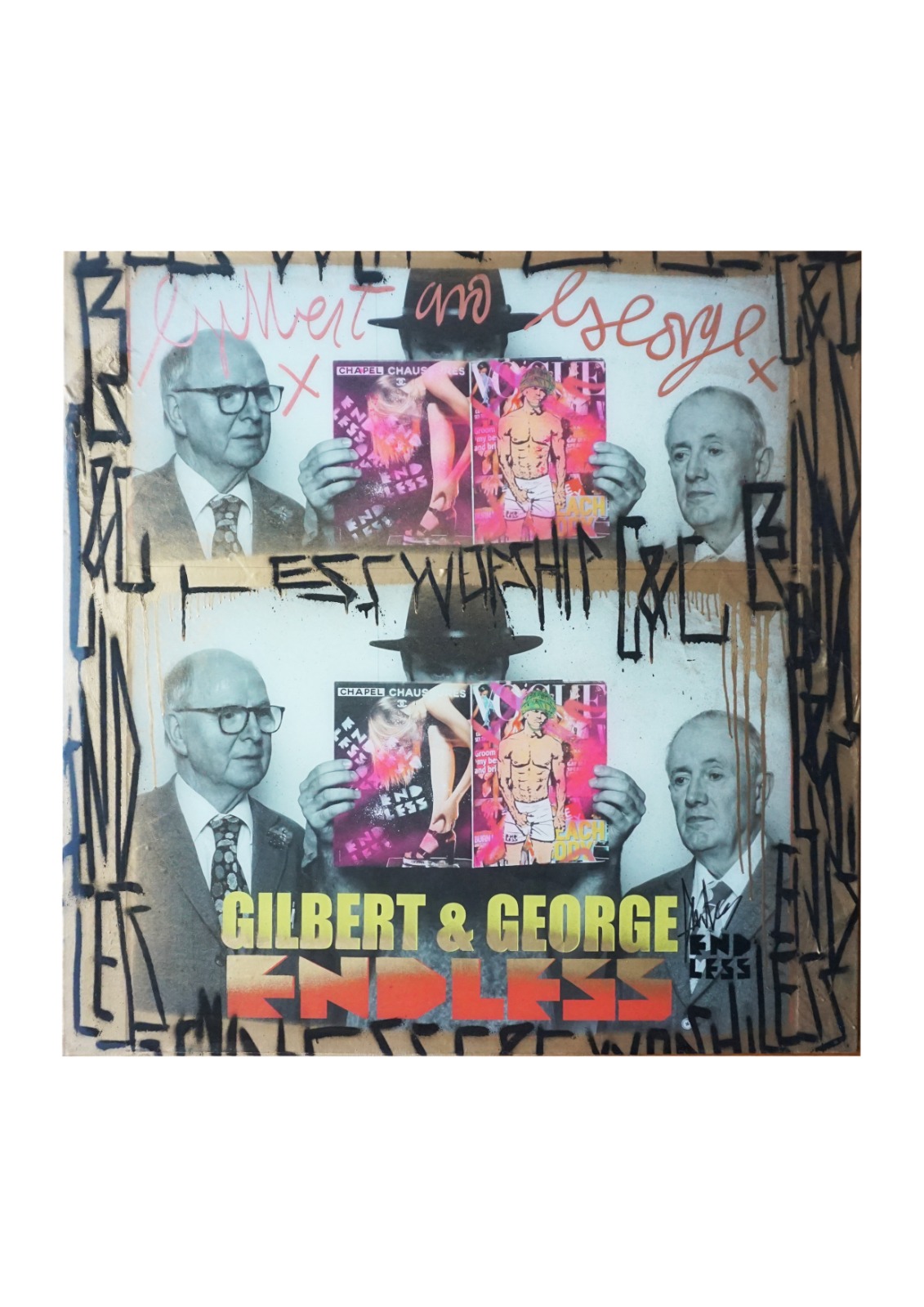 The mixed-media work depicts the London-based contemporary artist Endless with British duo Gilbert & George in their studio. A photograph taken by Noel Shelley forms the core of the artwork with Gilbert & George posing as living sculptures and Endless reading a magazine that covers his face to place emphasis on anonymity in the street art culture. The cover of the magazine shows one of Endless’ best-known creations, Crotch Grab, a remake of the 1990s Calvin Klein advert with Mark Wahlberg, which went on to be included in an artwork by Gilbert & George that was shown in their Utopian Pictures exhibition in Singapore in 2015 and at the National Gallery in Canberra in 2018.

The self-portrait was created specifically for the Uffizi, including Endless’ handwritten graffiti that lends rhythm to the composition. 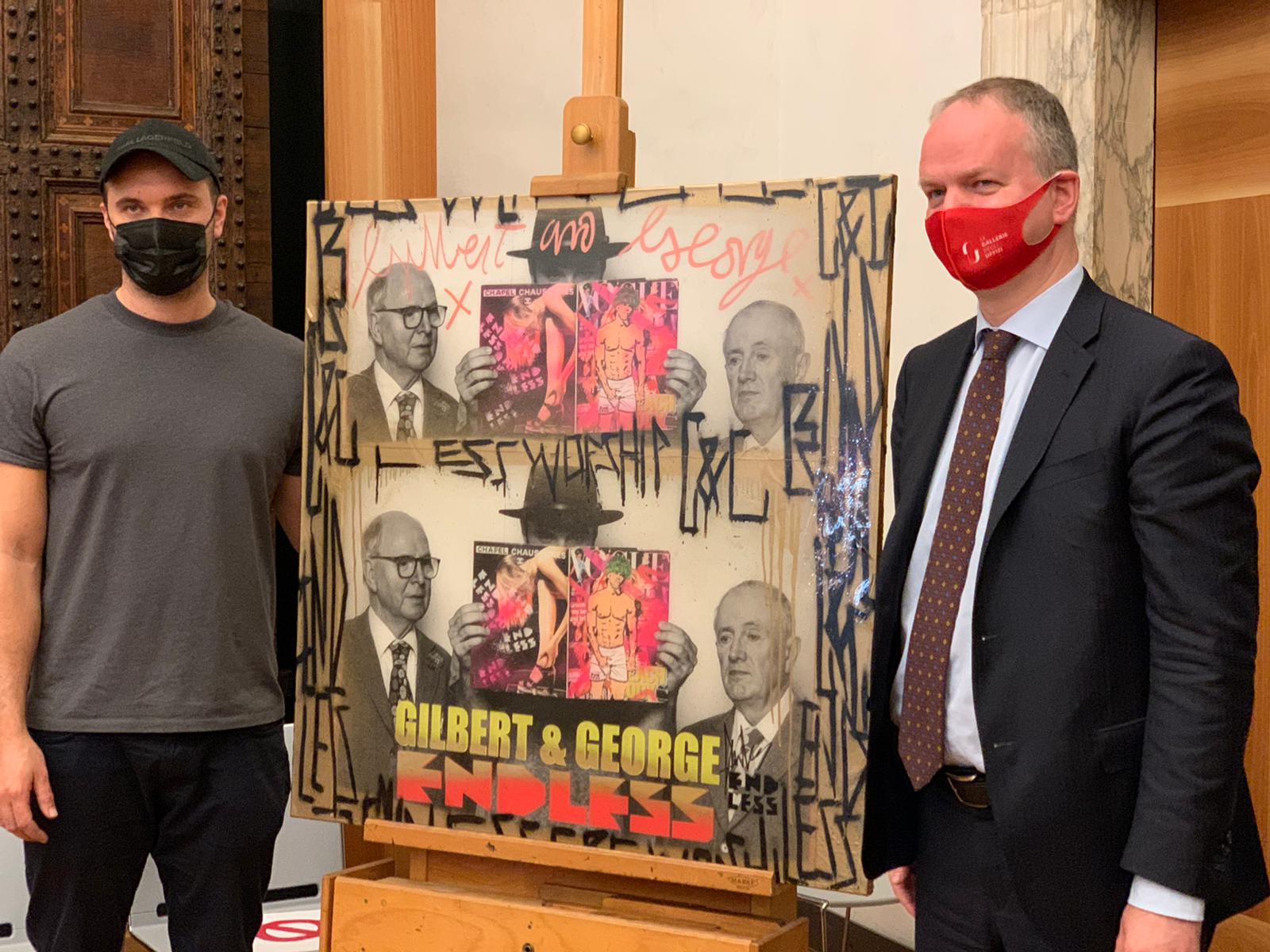 “Endless offers an original blend of punk and pop, which extends to conceptual art in his self-portrait,” commented Eike Schmidt, director of the Uffizi Galleries in a press release. “In the Uffizi’s historical collections, we can see how thirsty the Medici grand dukes were for the latest new thing, even the most audacious work on the art scene. I think they would be happy to see Endless’ art become part of the collections that they began and increased centuries ago with such dedication.” 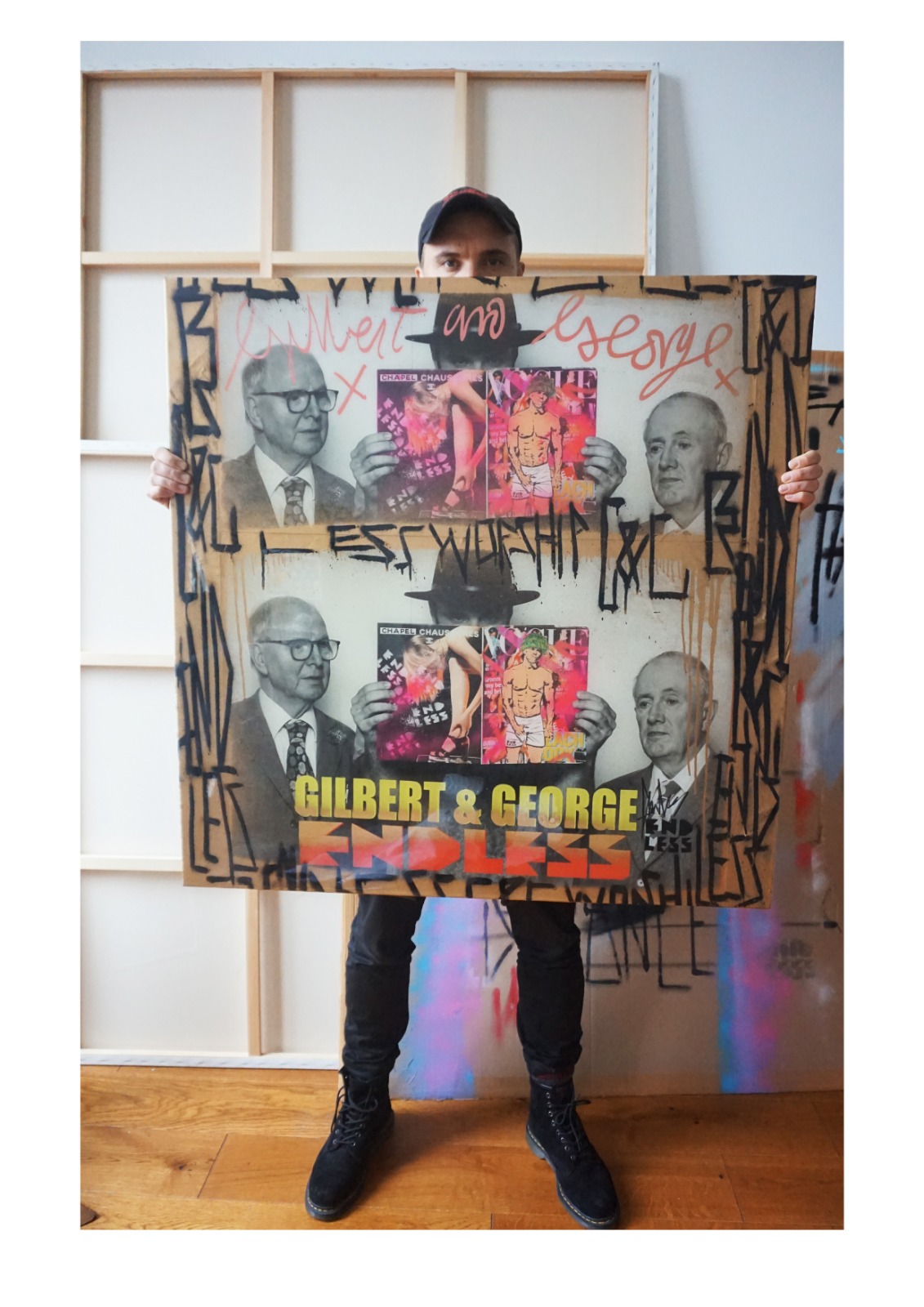 “It’s an honour that my artwork has been added to the collection at the Uffizi Galleries,” wrote Endless. “Artists who come from a street background are rarely acknowledged by prestigious galleries, especially those with such historical and cultural calibre. Street art, after all, is art in itself and contains a historical importance for our time and for the ordinary people who experience it and live in this world. I’m proud of this achievement and I hope that visitors to the museum will be interested in this genre of art.”

Endless was also the first artist commissioned to paint a wall mural in the Italian ski resort of Cortina D’Ampezzo for the FIS Alpine World Ski Championships 2021.