The upgrade is part of the Florence I Care project.

The six lunettes on the east side of the grand cloister of Santa Maria Novella have been restored. 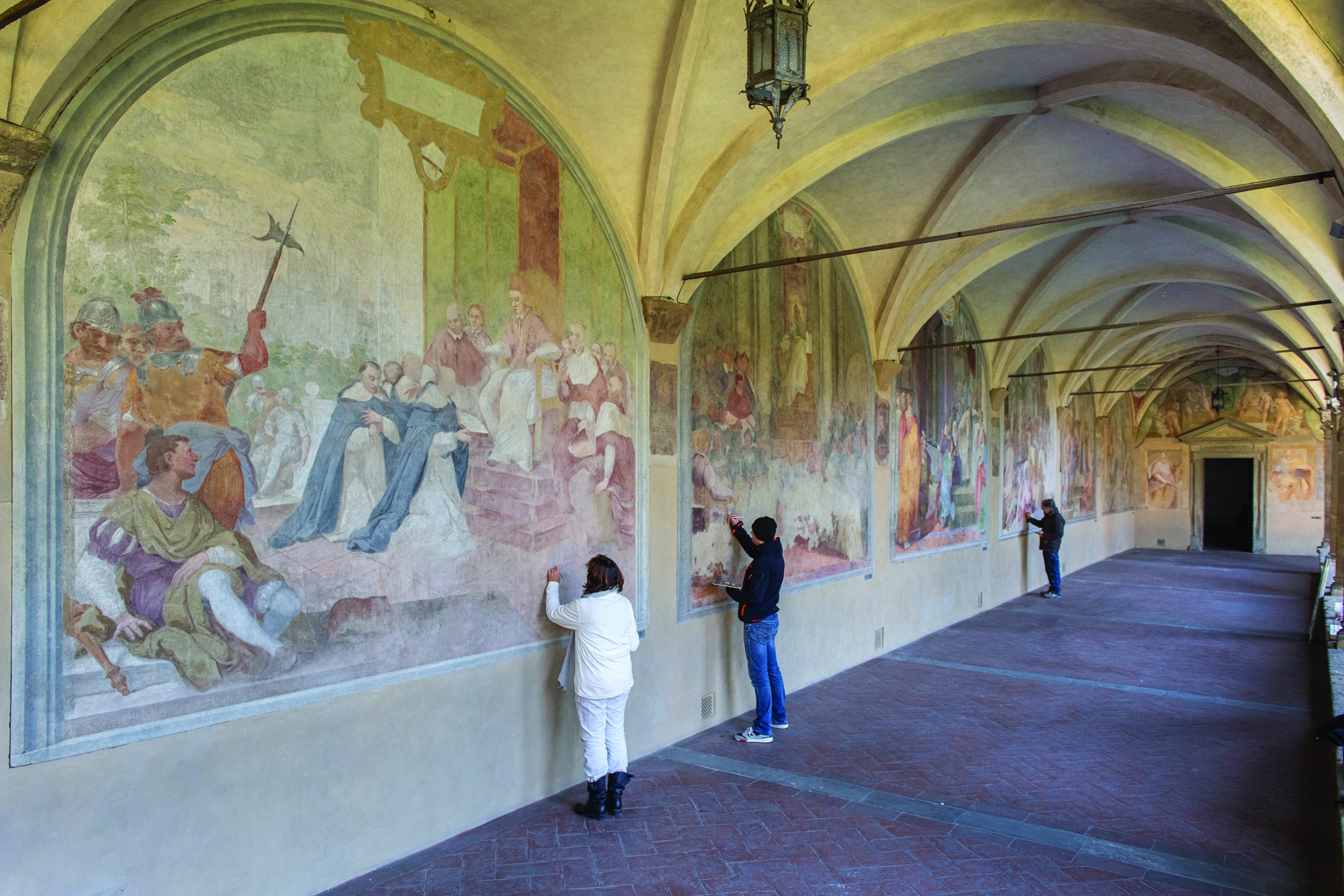 The campaign, which was financed in its entirety by Veneto-based Rigoni di Asiago food company and culture consultancy firm Fondaco, also restored five portraits of Dominican friars displayed on the cross vaults under the cloister’s capitals and the first corner lunette on the south side. All of these features were severely damaged during the 1966 flood, when the frescoes were removed from the original wall, affixing them to a new backing before returning them to the wall in an effort to save them. Over time, pollutants have penetrated the murals, leading to a loss of colour and general wear and tear. This recent restoration campaign has consolidated the pictorial surfaces, cleaned off the dirt and removed old stucco-work.

“The Santa Maria Novella complex has been at the core of a vast regeneration project for some years now as we retrieve spaces to expand the museum offering, including the forthcoming Italian language museum,” commented city councillor for culture, Tommaso Sacchi. “Today we have returned these lunettes in the Grand Cloister to their former glory, a painstaking task for which we thank Rigoni di Asiago, who believed in the restoration and which acquires even more worth in such hard and uncertain times for the entire cultural sector. Even though our museums are currently closed, we will not stop looking after and protecting them until we can safely welcome visitors back.” 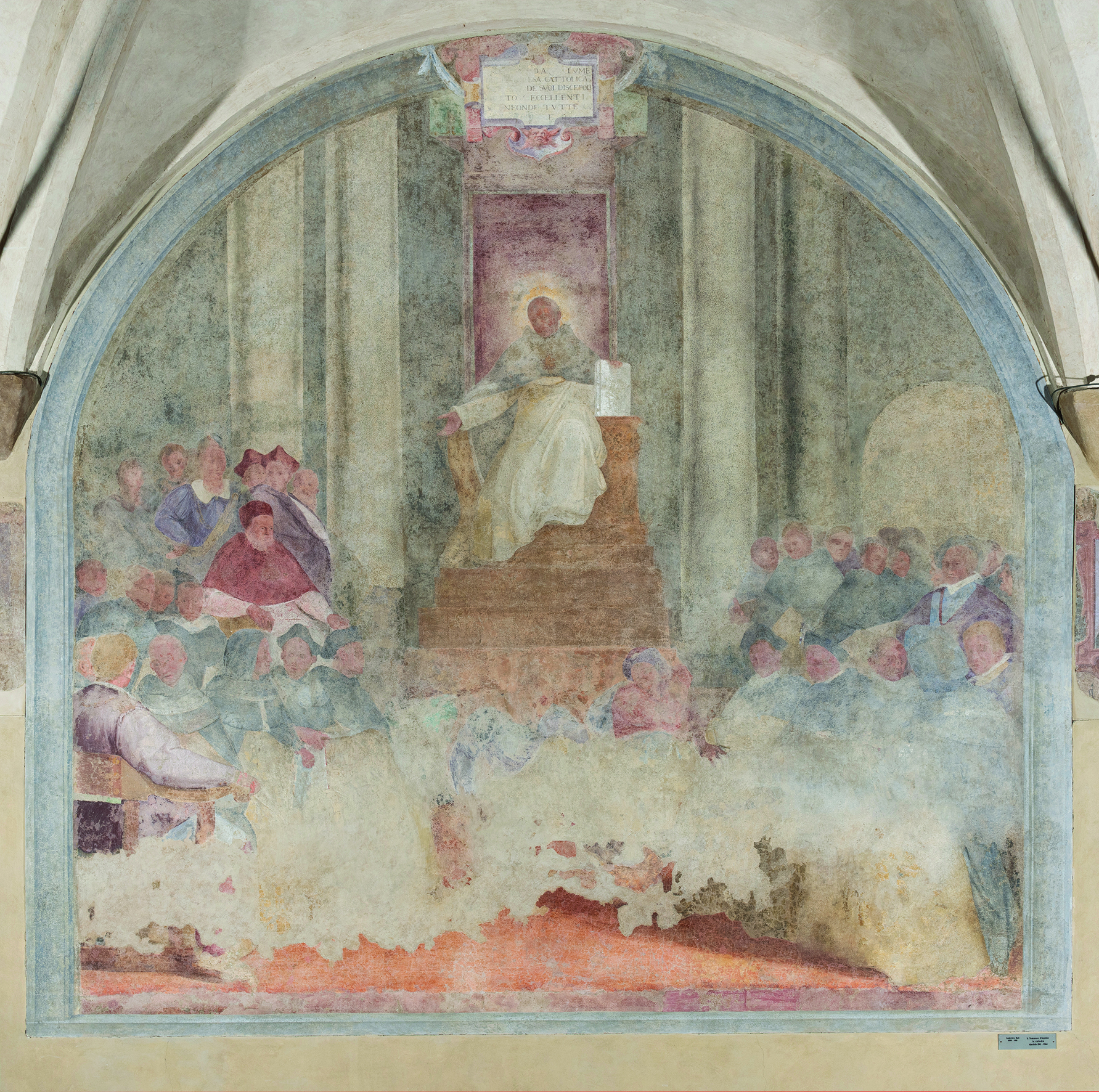 The upgrade is part of the Florence I Care project, which has been encouraging sponsors to finance cultural restoration work around the city since 2011.

The restoration marks the fifth leg of Rigoni di Asiago’s “grand tour” of funding public works, having already financed projects in Rome, Venice, Milan and Matera. Andrea Rigoni, the company’s managing director, commented, “I’m particularly pleased that our company name will now be associated with this special place, in the heart of the city and a place that has always attracted illustrious figures such as Galileo Galilei. I hope that this moment gives a signal of positivity that begins here in the Renaissance city and contributes towards blending entrepreneurship with culture… We live and work in a wonderful country, so we have the duty to take up the challenge and assume the responsibility to ensure that this immense legacy has the future it deserves.” 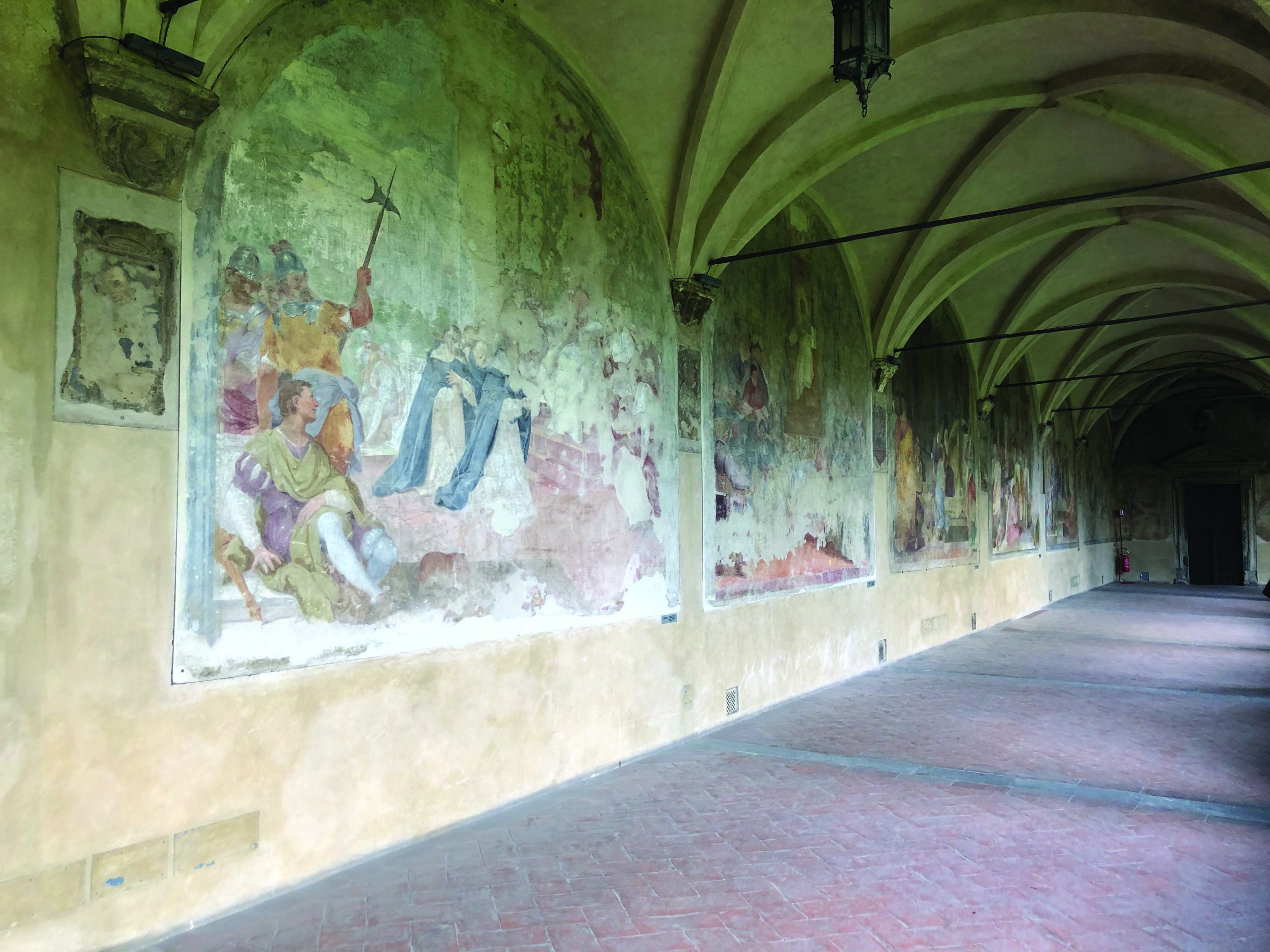 The grand cloister of Santa Maria Novella was built between 1340 and 1360. At the time, it was the largest cloister in Florence. From 1562 to 1592, the architect Giulio Parigi received a commission from Eleanor of Toledo, the wife of Cosimo I de’ Medici, to fresco the cloister, calling on artists such as Bernardino Poccetti, Santi di Tito, Ludovico Cigoli and Alessandro Allori. In the eighteenth century, the stone elements were moved around in the cloister and some of the empty lunettes were painted. The fresco cycle, which consists of 52 lunettes, is considered to be one of the most typical examples of counter-reformation painting due to its scope, iconography and clear storytelling, which focuses on the life of St. Dominic and other Dominican saints. In 1920, the cloister belonged to the Carabinieri marshal and brigadier training college. In 2016, it became part of the Santa Maria Novella Museum.