Florence Airport to reopen on April 2 with a resurfaced runway

Florence Airport will reopen on April 2 with a newly paved, high-performance runway.

Florence Airport will reopen on April 2 with a newly paved, high-performance runway. 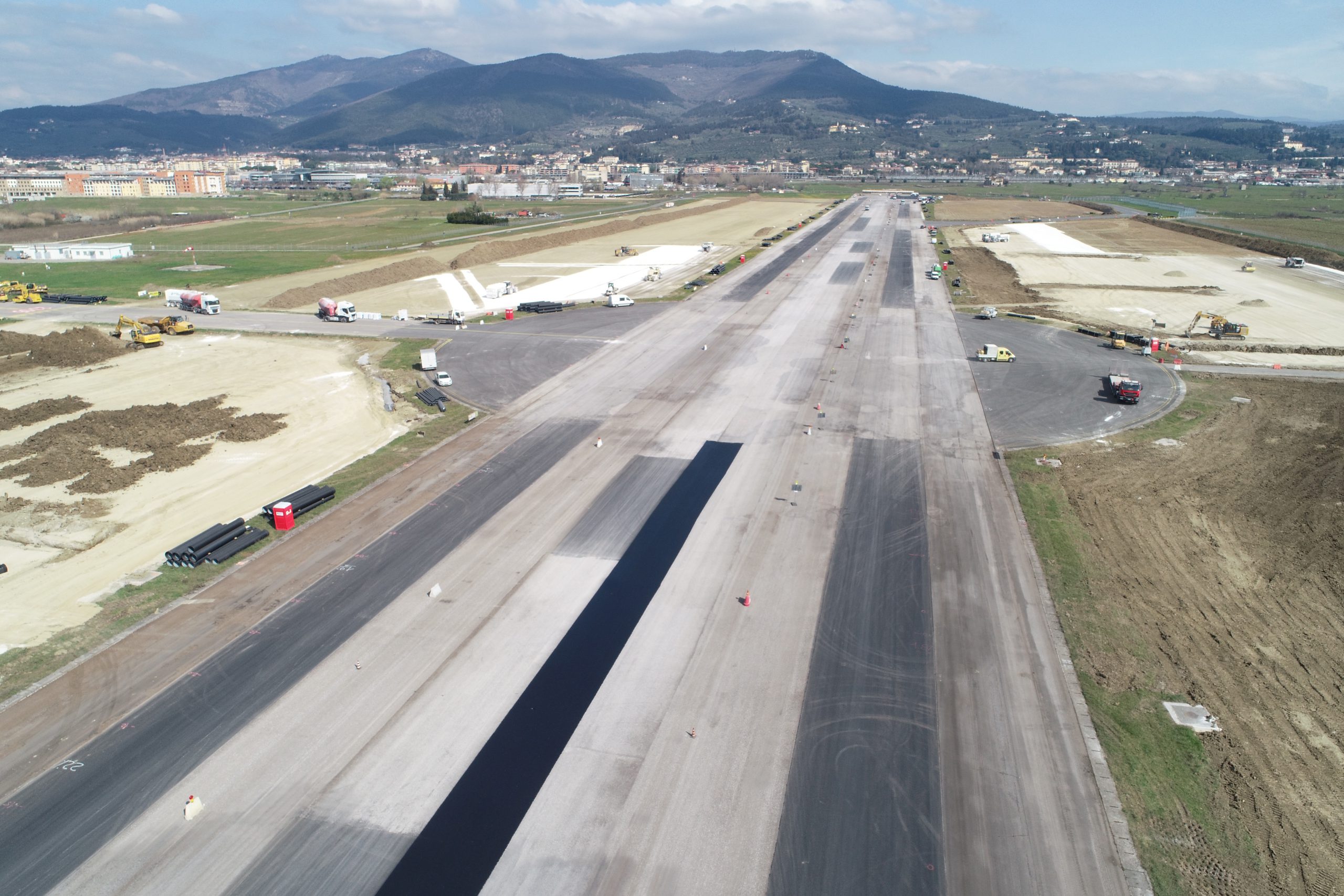 Having closed for maintenance on February 1, the city’s international hub, Amerigo Vespucci, has embarked on what Roberto Naldi, CEO of Toscana Aeroporti, referred to as “probably the largest construction site currently in Tuscany”.

The entire runway is being resurfaced with an enhanced, modern and special braking asphalt aimed at removing the limitations that some planes have experienced on landing at Florence Airport in the past. “These asphalts create less noise and are more stable,” added Naldi. 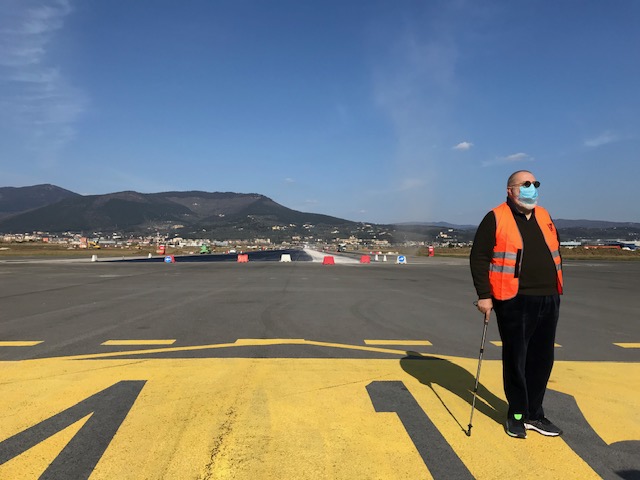 Roberto Naldi, CEO of Toscana Aeroporti, on the edge of the runway at Florence Airport, Italy / ph. Helen Farrell

The operation also extends to the safety strip and horizontal markings, in compliance with the standards set by the European Union Aviation Safety Agency. Next generation LED lighting replaces the former halogen bulbs, in addition to a monitoring system that will inform the control system immediately even if only one light malfunctions. Furthermore, the land surrounding the runway is undergoing consolidation to improve the geotechnical, geomechanical and drainage properties of the terrain.

Mayor of Florence, Dario Nardella, inspected the work in progress, commenting, “This work is a signal of a city that never stops. During the Covid emergency while international borders are closed and airports are experiencing minimal traffic, I want to congratulate Toscana Aeroporti on its decision to press ahead with the resurfacing of the runway, which will make Florence Airport more efficient.” 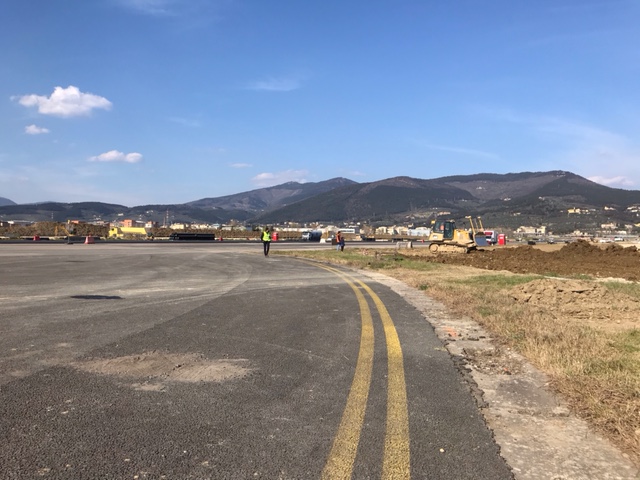 The newly paved runway has not been extended or repositioned, but the masterplan for the longer strip is expected to be presented again in May. It will take at least five more years for these plans to become reality. In the meantime, the current 40-day maintenance plan is proving to be a round-the-clock effort, costing 8.5 million euro and providing employment to 150 people.

The first flight on April 2 to touch down on the fresh asphalt will be operated by Air France, arriving from Paris.