At the pub (when we could) with Benson Taylor

It’s an overcast Friday afternoon as I sit down with Benson Taylor in the pub in piazza Santa Maria Novella. The composer and producer is usually making music in his recently adopted home in the province of Pisa, but the Bradford lad warmly agreed to a drive down the FI-PI-LI for a beer and a chat in Florence. 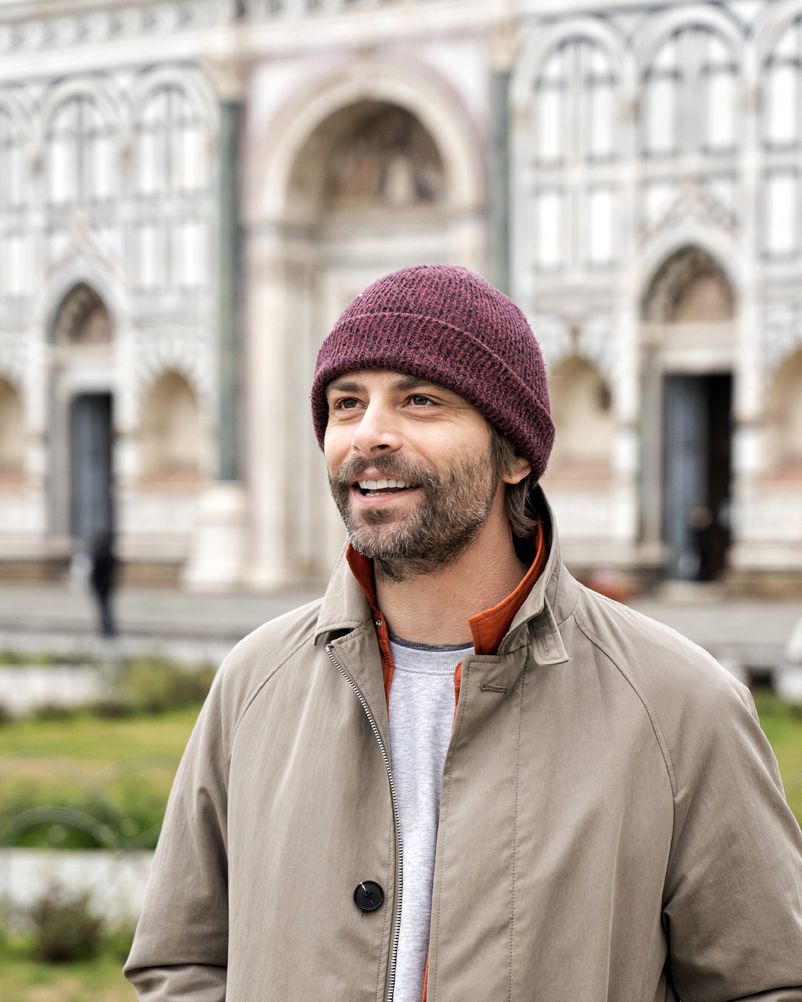 “Ah, a proper pint glass,” Benson reverently sips his beer as we settle, spaced, on the pew-like benches in the backroom at The Fiddler’s Elbow. Best known for making music for movies, his music has a clear British influence, melding a classic score with an electronic vibe in an unapologetic reflection of his Yorkshire origins and formative years at the University of California, in Los Angeles.

“I wanted to be a film composer,” Benson explains why he made the move to California. “At the time, there was one course in the UK at Surrey University, so I went to where they made the films that I wanted to write the music for. As a kid, I was a pretty good trumpet player, so I got a scholarship and did composition.” Being talented and having a broad Yorkshire accent worked wonders on the West Coast. I ask how his young self was drawn into the world of showbiz. “It started straightaway. It was a marketing exercise because I don’t really know what they can teach you about film music for four years. I started getting work before I even finished because I was British.” 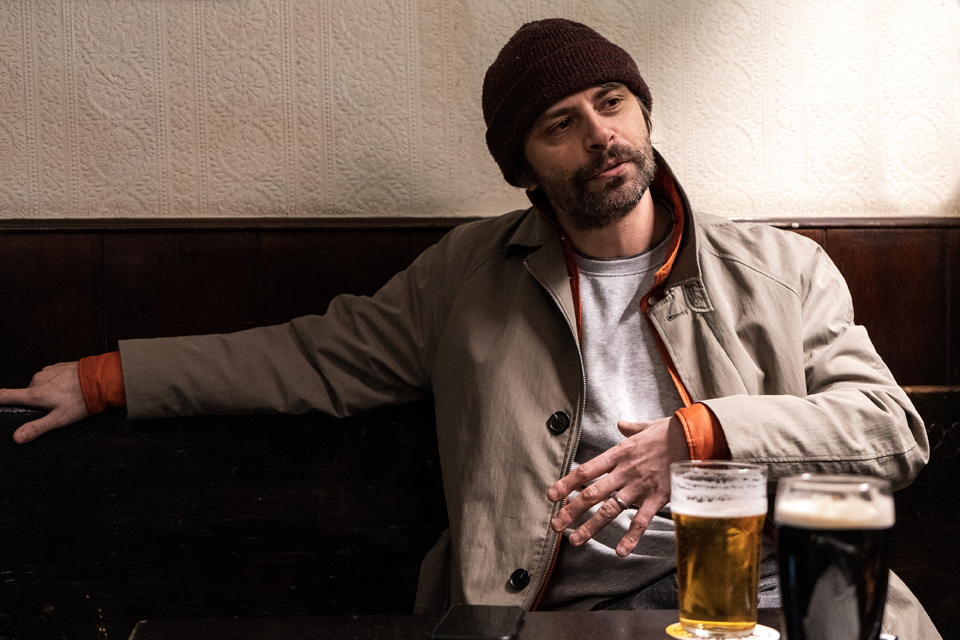 A Wikipedia search ahead of our chat revealed that Benson Taylor is the musician’s professional moniker; he was actually born Mark Davison. Inevitably, I was curious to find out what promoted the name change. “There’s no mad story. When I was younger, I decided that my name was terrible. All my friends were in bands, and you create names for your band, something that’s about you. You make sure it works. It just came out of that really.” Why Benson Taylor in particular? “Benson sounds quite American, whereas Taylor is very English. In one of my first meetings with Sony Pictures in Los Angeles, the guy was like ‘Benson, how have you been?’ I was like, ‘I’ve never met you in my life.’ There’s a lot in a name.”

Television (Brooklyn Rules, Two and a Half Men, 30 Rock and 90210), talk shows (Late Night With Seth Meyers and Jimmy Kimmel Live) and advertisements (Nissan, McDonald’s and Jose Cuervo): the 37-year-old’s career covers an eclectic range of genres. Surely the compositional process must vary across industries and products. “Music for the moving image is all about the producer and what they want you to deliver. With an ad, music could be distracting for the message, so it can be simplistic, or ‘lift music’, as some might call it. For a film, you’re trying to evoke emotions; maybe evoke emotions that weren’t taken on the set, so you’re almost there to do a bit of repair work.” What about plays? Taylor made his London West End theatre debut in 2011, co-composing for Derek Bond’s production of the play Many Moons. “I’ve only done a couple of theatre shows, but they were amazing. You’re making music that someone’s playing in live, so that’s a whole different experience. It’s almost instant because it moves fast, whereas with film it takes months. The rule is you’re supposed to write two minutes a day to manage your situation to complete the project. But it depends; if it’s a large orchestral thing, then you have to really dig into the orchestration. The longest I’ve worked on a project was with a film called London Fields; it took two years.”

Directed by Mathew Cullen and based on the novel by Martin Amis, the 2015 mystery thriller starred the likes of Billy Bob Thornton, Cara Delevingne, Amber Heard and Johnny Depp. Does the composer get to go on set for projects like this? “I did for that, but just because it was in London. But no, not really. Sometimes for parties. Normally I’m in the after bit, so you don’t really see anyone until the premiere. You’re working with the director and producer, but not the characters or the people playing them.”

From the glitz of LA to the hills of Tuscany, Benson, his wife Nicola and their two sons moved to the Pisa countryside in August. “We’ve always had an affinity with Italy. We got married in Umbria and we always wanted to have a place here. Maybe it was my children getting to a certain age, but I wanted them to have an adventure, something I didn’t have. It’s been great, they love it. They’re in Italian schools and they’re learning the language fast.” 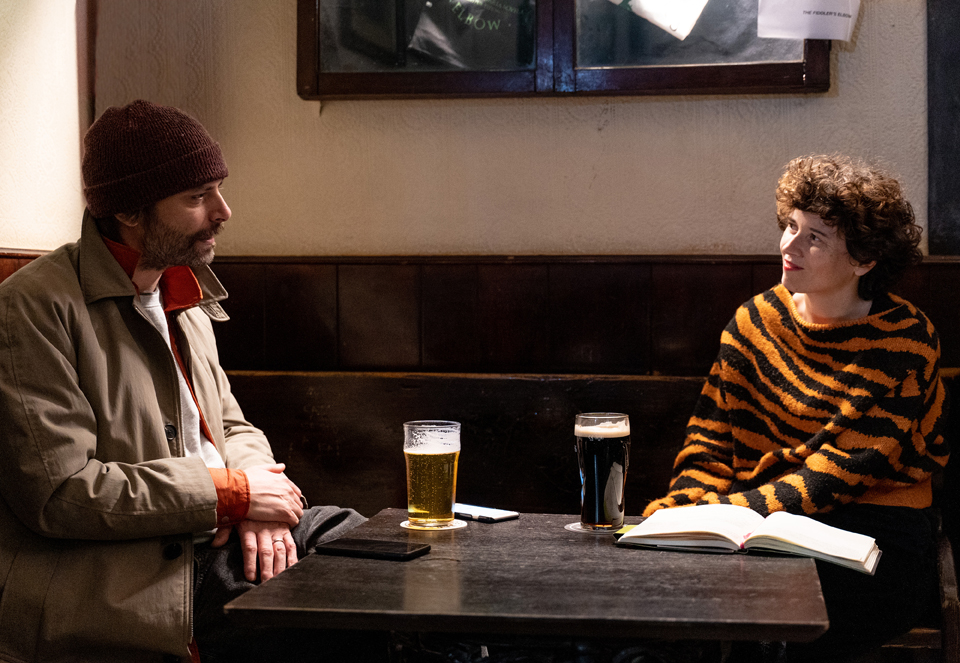 It’s not all been plain sailing, however, due to Brexit and outmoded citizenship applications. “We got some time at the beach in the summer. Even then we were trying to sort out our documentation because of Brexit. My wife now has Italian citizenship through her grandmother, but we had to petition the court because Italy doesn’t allow women to pass on their heritage. They do now, but before the 1950s, they didn’t historically change it for women. Things are changing slowly in the right direction, which is positive.”

When he’s not composing, Benson is committed to humanitarian causes focused on children and hunger. “I’ve always had an issue with the fact that people go hungry in the world. It’s quite evident now during the pandemic. I haven’t been able to communicate with those people at the World Food Program as much as usual because they’re so busy working. They won the Nobel Peace Prize this year. People think they just distribute food, but it goes so much deeper. My first time with them in Africa, I was having dinner with them in the hotel and I learnt they all have PhDs and Master’s in Food Security. They’re not charity workers, they’re super-skilled, educated and knowledgeable people on how to change the situation. Superheroes.”