For many visitors to Tuscany, their first taste of Dante’s verses came with their first taste of bistecca alla Fiorentina, crowded around the boisterous restaurant tables of local butcher Dario Cecchini. In Panzano in Chianti, surrounded by art and memory, Dario recites Dante by heart, towering over the modest shop display of carefully chosen cuts. There is a verse for every moment, from love to crisis, and the energy that comes with a celebration of life. 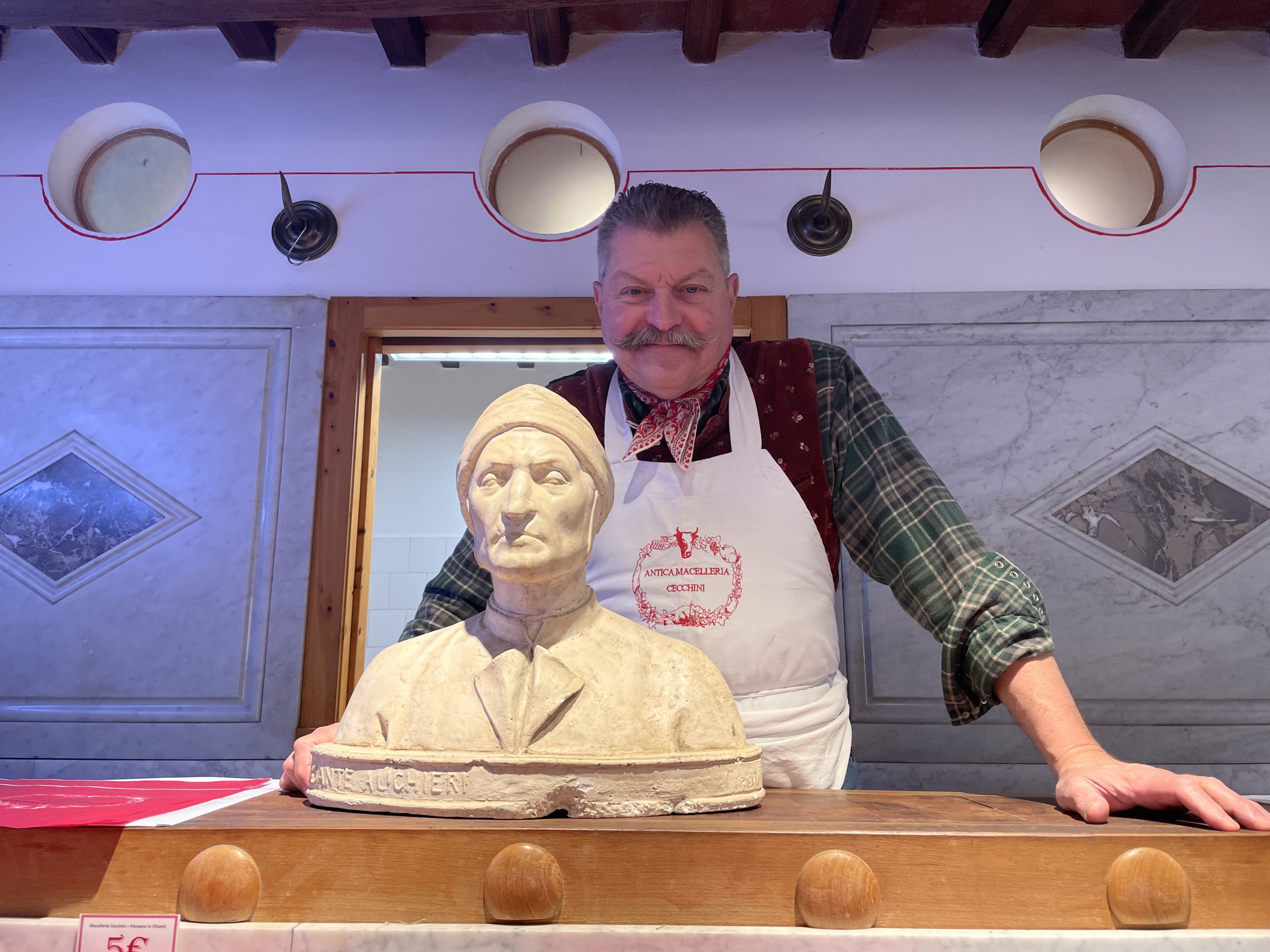 Dario Cecchini with a bust of Dante Alighieri in his butcher’s shop in Panzano in Chianti / ph. Marisa Garreffa

While poetry is not what most people expect from a butcher, for this beloved personaggio, a day couldn’t pass without an homage to the great Florentine poet. He has even been photographed and painted as the figure of Dante himself, most famously in Massimo Sestini’s series as part of the Dante 700 exhibition, which is about to set off on an international tour.

As the pandemic winds its way towards a second year, it is Dante’s words again that boom from beneath Dario’s large and curled moustache, a proud new look grown during the lockdown months that he has named the “baffi di Mangiafuoco”, after the miserly character from the original Pinocchio. Dario is known for his sense of humour, and even more for his love of verse.

A meeting with Dario will topple you down a rabbit hole of ciccia, red wine, art, poetry, celebrity and stories, all served in abundant portions. He is a man who loves culture as much as his ancient craft. In his bottega and in his philosophy, the Dantesque echoes reach everywhere. Amongst the treasures, we find a marble bust and a long, elegant statue of Dante, alongside a pair of comic statues showing figures bursting from the flames of purgatory, recalling the Inferno.

Like those exaggerated statues, Dario seems larger than life, an icon known worldwide. But beyond the bold, poetic recitations is a quiet, deep passion that Dario holds for his craft. His work takes him beyond the mechanical practice of butchery and into the art and philosophy of life itself. When skill is wrapped in the braids of art, poetry and place, it transcends the practical functions of our existence to become ritual, to become sacred. And perhaps this is what links Dario and Dante so closely together: a profound and lifelong dedication to their home, to craft, to life as an act of poetry, and to love. 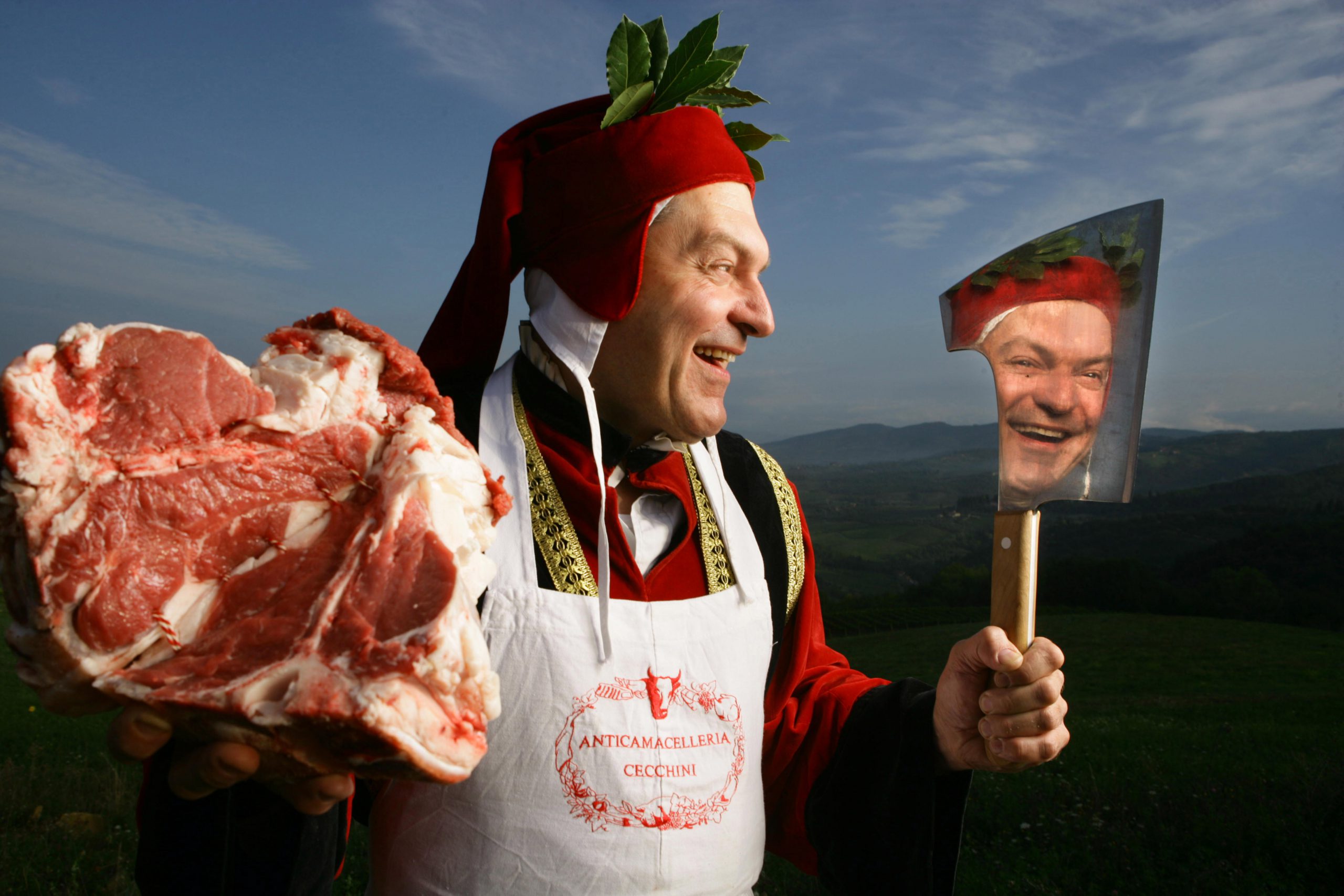 Dario Cecchini as Dante. Photo by Massimo Sestini, as part of the Dante 700 exhibition at Santa Maria Novella

Dario on the role of Dante in his life:

“My story with Dante began, as for almost all of us, when I studied Dante at school. But it was an imposition, an obligation. And I didn’t love the ‘Divine Comedy’ at school, or even poetry, precisely because it was an imposed thing. But around the age of 40, about 25 years ago, I felt the need for poetry as a medicine for the soul. Not as a literary thing, I wasn’t interested in that. I was interested in the benefit that poetry had. The need, really, that poetry had on my person. Poetry takes you to another dimension, perhaps to the true dimension. It takes you away from everyday things, from thoughts, from everything. Also, I think that the ‘Divine Comedy’ is the greatest joke in the history of mankind. Because Dante takes us for a hundred cantos into human misery, into betrayal and sin, from hell to purgatory to paradise, to the highest virtues, but then at the end, with a triplet, he explains everything. The rest is just the prelude, the preface. The final triplet, where he says that love moves the sun and the stars, there is the essence of all human existence. That’s why I say it’s the great joke. Because, in the end, that triplet is enough to say it all.”

On Dante as the poet of the people:

“In the Tuscan tradition, Dante is not just a thing of high literati, but a tradition of the people. There were woodcutters and peasants who were illiterate but knew part or all of the ‘Divine Comedy’ by heart. I refer to the tradition of the people and my learning Dante by heart, my reciting it by heart, was only to pay homage to Dante and the people of Tuscany. That’s it. I am a butcher and I love poetry.”

On the craft of butchery as poetry:

“We come from the history of the Renaissance, where for a craftsman the greatest success in life is not to become rich but to become good at his craft. To possess art. Having poetry gives you the harmony to work well, and it always shows you the way. It is not the way of easy money, not the way to become the richest man in the cemetery, but the way to what I call Carne Diem, to seize the moment. To enjoy being alive, even in these difficult times, and the good fortune of being born in paradise on earth. When we talk about the ‘island not found’, Tuscany for me is this happy island, and it is no coincidence that for the Etruscans it was Etruria Felix. It’s not me who says that, it’s how it is.” 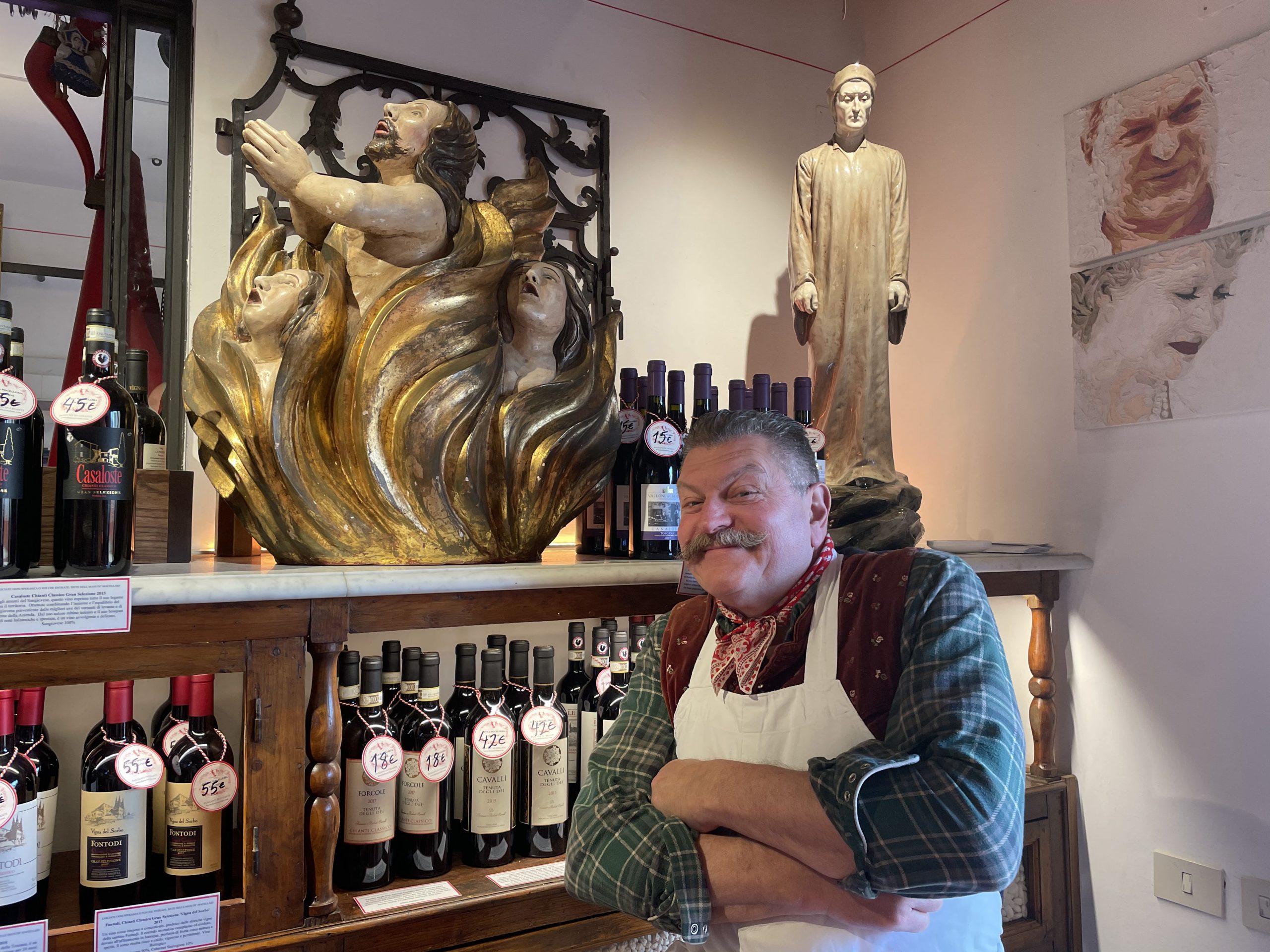 Lessons from butchery and poetry in times of crisis:

“The butcher is even closer to this sense of poetry because the butcher always works with death. The animals are dead, the meat is dead, and therefore needs the utmost respect, but at the same time, it is giving thanks for death that nourishes life. The butcher is perhaps the strongest link in the food chain, precisely because he is eternal becoming. He celebrates the eternal becoming; death nourishes life. And we also nourish the earth in some way with our bodies.”

A choice of poetry to offer as medicine now that spring is finally here:

“At the end of Inferno, there is a part where it says, ‘And so we went out to see the le stelle, the stars, again.’ And I also hope to see le stalle, the stables, again!” 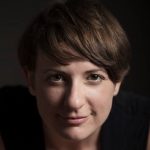 Marisa Garreffa is a performance artist, curator and writer based in Florence. She recently developed and programmed the premier season of SOTTO al British for The British Institute of Florence and is currently developing a series of new programs to support the creative process of multidisciplinary artists. She is also a mental health advocate across creative and study abroad institutions. 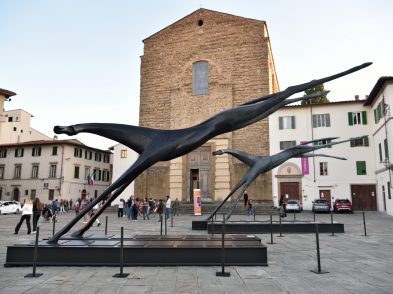 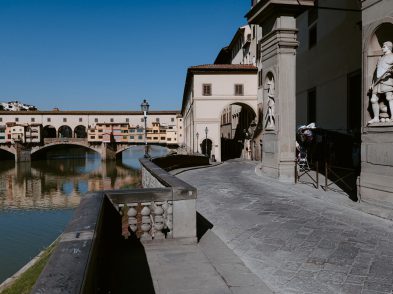 No more chances after today

It takes me a while to realise I miss the car horns. Traffic still flies by, the emptier roads mean Italians take pleasure in speeding along, but what’s missing is ... 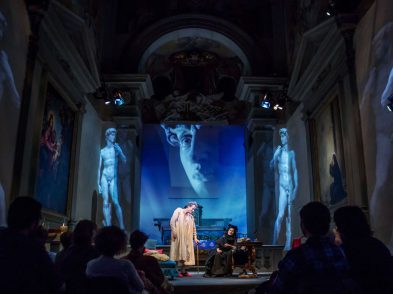 The voice of the Medici echoes through time

In 2015, at the Biblioteca di San Giovannino, the lights rose for the first time in 300 years on Gian Gastone and Anna Maria Luisa, telling their story beneath the ...