The Busatti Family: weavers since 1842

A friend telephoned me a month ago and said, “I’m coming by to take you to see a real piece of industrial archaeology”. He did that and so much more. He took me to a unique place in Tuscany that I had never visited and introduced me to one of the finest examples of excellence in Tuscan artisanship. 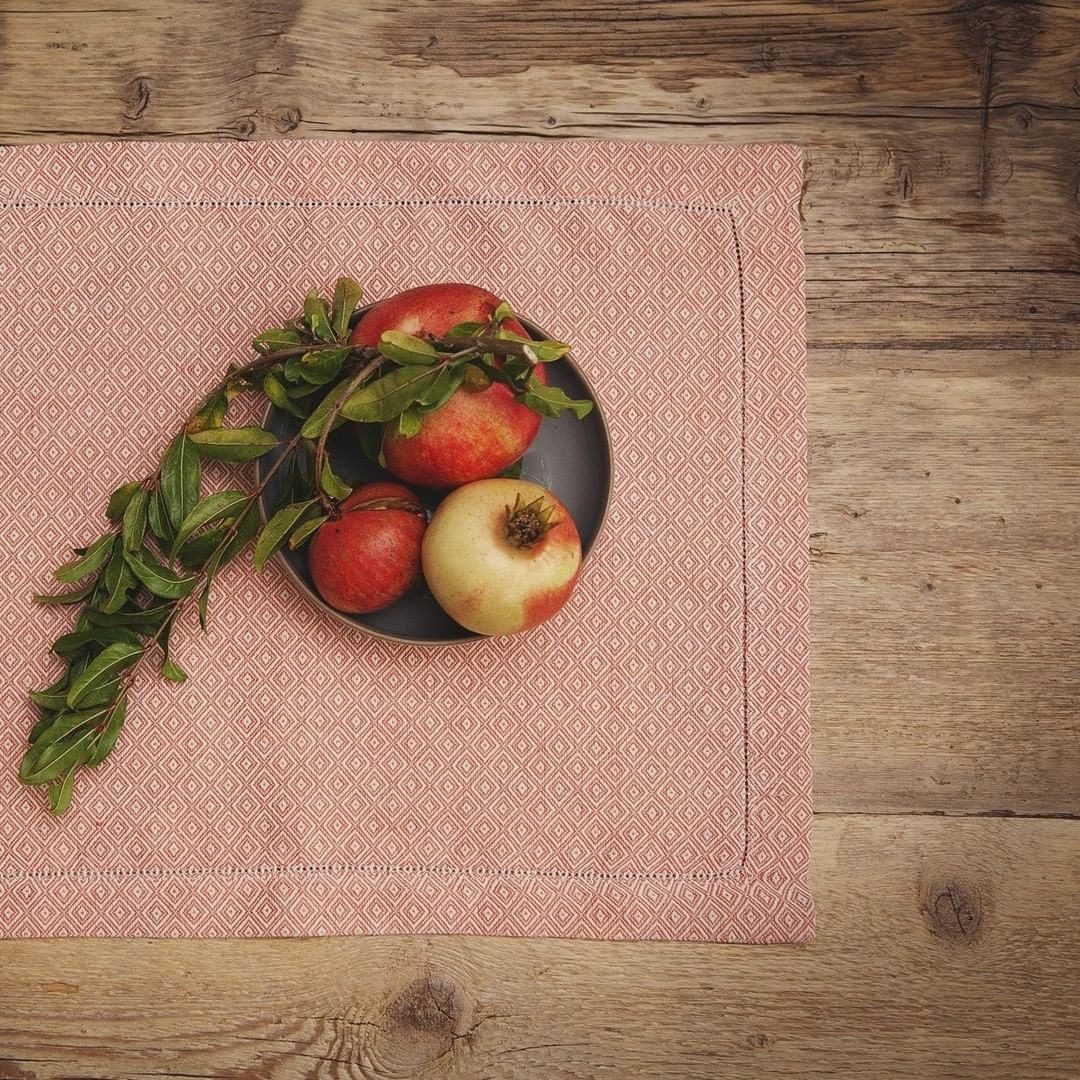 The place was Anghiari, a charming fortified medieval town perched high above the upper valley of the Tiber river between Tuscany and Umbria, 30 kilometers from Arezzo and an hour and a half’s drive from Florence. It is famous for the Battle of Anghiari, which took place on June 29, 1440, between the Republic of Florence and the League of some of the other Italian States and the numerically far superior army of the Duchy of Milan. After a four-hour engagement in battle, Florence and its allies won.

The battle inspired a Leonardo da Vinci fresco in the Salone dei Cinquecento of Florence’s Palazzo Vecchio, whereas on the opposite wall Michelangelo was to depict an earlier Florentine victory at the Battle of Cascina in 1364, but he never finished it. Leonardo tried a new technique, but the plaster he used failed to dry quickly enough, causing some of the colours to run, which forced him to abandon the project. Both unfinished works remained where they were for almost a decade and were copied by many other artists. Based on one of these copies, the Flemish painter Peter Paul Rubens made a detailed sketch of its central section in 1603. It now hangs in the Louvre.

The showroom and factory I visited at the antique Palazzo Morgalanti in Anghiari belongs to Busatti, an eighth-generation family business, part of the Unione Imprese Storiche Italiane (Italian Historical Businesses), an exclusive club of family businesses that have been in existence for more than 150 years. They have been weavers since 1842 and their showroom/shop is an Aladdin’s cave of the most magnificent handcrafted fabrics. They only use natural fibers and their designs are inspired by the Renaissance and traditional patterns, although they also pay close attention to technology and changing tastes in today’s market. Each of the production phases of the 173 different products, which include fine table, bed, kitchen and bathroom linens, takes place in Italy, from dyeing to spinning and weaving. The fabrics can be custom-made in any finish and size in a range of 24 colours after the threads, rather than the bolts, have been dyed, making them more colour-fast and resistant. Steven Spielberg, Sting and Ralph Fiennes are among their clients. Former US President Jimmy Carter also came to call and left a signed copy of his autobiography in homage to what he had seen. 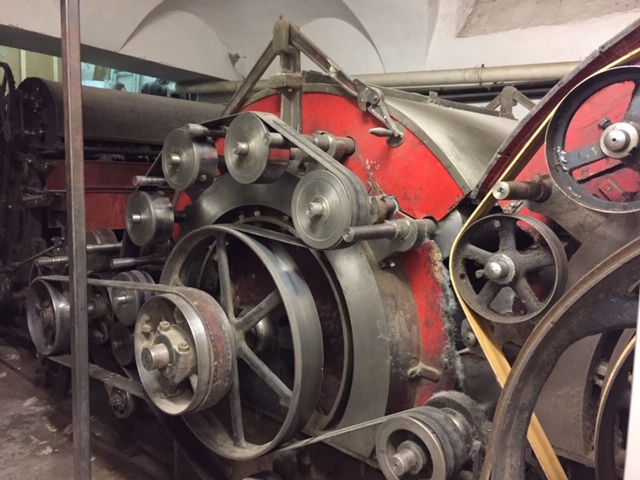 The original Busatti family arrived in Anghiari in 1755 attracted by the economic opportunities the area offered. They initially bought an old oven within the town’s castle walls and later opened another. As they prospered, Giovan Battista Busatti purchased Palazzo Morgalanti, where he opened a general store in 1795. Unluckily for him, in 1797, Napoleon’s soldiers arrived and occupied the Busatti’s five-storey home and store. They set up a woollen mill in the basement to spin and weave blankets, uniforms and clothes for the invading army. When the Napoleonic occupation ended, the Busatti family returned to the palazzo, inheriting the weaving operation as the French had abandoned their machinery when they left. An original French carding machine and spinning wheel can still be seen in the factory. Many years passed before Mario Busatti, Giovan Battista’s son revitalized the business in 1842 by adding eight wooden looms, plus a warping machine. After he hired ten weavers, this became the official date of the establishment of the Busatti weaving mill.

My reason for being there turned out to be two pieces of industrial archaeology, both in working order. One was a very large English carding machine that arrived in Italy in 1914, transported by sea to Livorno and then by train to Anghiari; the other was a garnetting machine dating back to 1938. The machine broke down during World War II when parts were almost impossible to find. After an English spitfire was shot down not far from the town, a piece of the metal wreckage was salvaged and soldered onto the machine. It is still doing its job today. 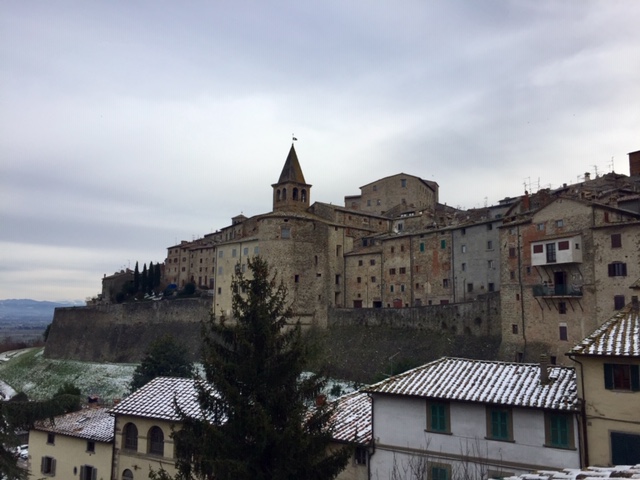 Since March was Women’s History Month, I was pleased when the current patriarch of the family, Giovanni Sassolini Busatti, told me that women had always played a key role in the company, from family members to factory and piece workers, the latter finish and embellish the products with hemstitching, embroidery and lace as well as ironing each piece individually. “Women of my family have saved the business at least twice. After World War I, my grandfather’s Austrian wife was widowed, but she kept the business going. The locals called her the “black widow” because ill feelings were still high against someone who came from a country that had been Italy’s enemy until a short time before. Also, after Cesare, my father, died when I was 14 years old, my mother was left with eight children to raise. She took over the business and was at the helm until she passed it on to me in 1975. I have now passed it on to two of my sons and a nephew.”

What could be better than to set your table with beautiful plates, glasses and cutlery on an elegant tablecloth or placemats with mitered-cornered serviettes made by the best that Tuscany has to offer.

There is a museum dedicated to the Battle of Anghiari at the Palazzo del Marzocco in piazza Mameli, Anghiari.