Stephanie Martin left Belfast in Northern Ireland for Siena, travelling with an Englishman. Together they sold olive oil on an idyllic 12 acres of land, living the Tuscan dream. A trip to the university where her partner wanted to study Italian was to change all of that. “He found an ad on the university noticeboard, saying that a locally based Irish folk band was in search of a musician. I called this person, Giulio Putti, and now we’ve been married for years and have two children!” 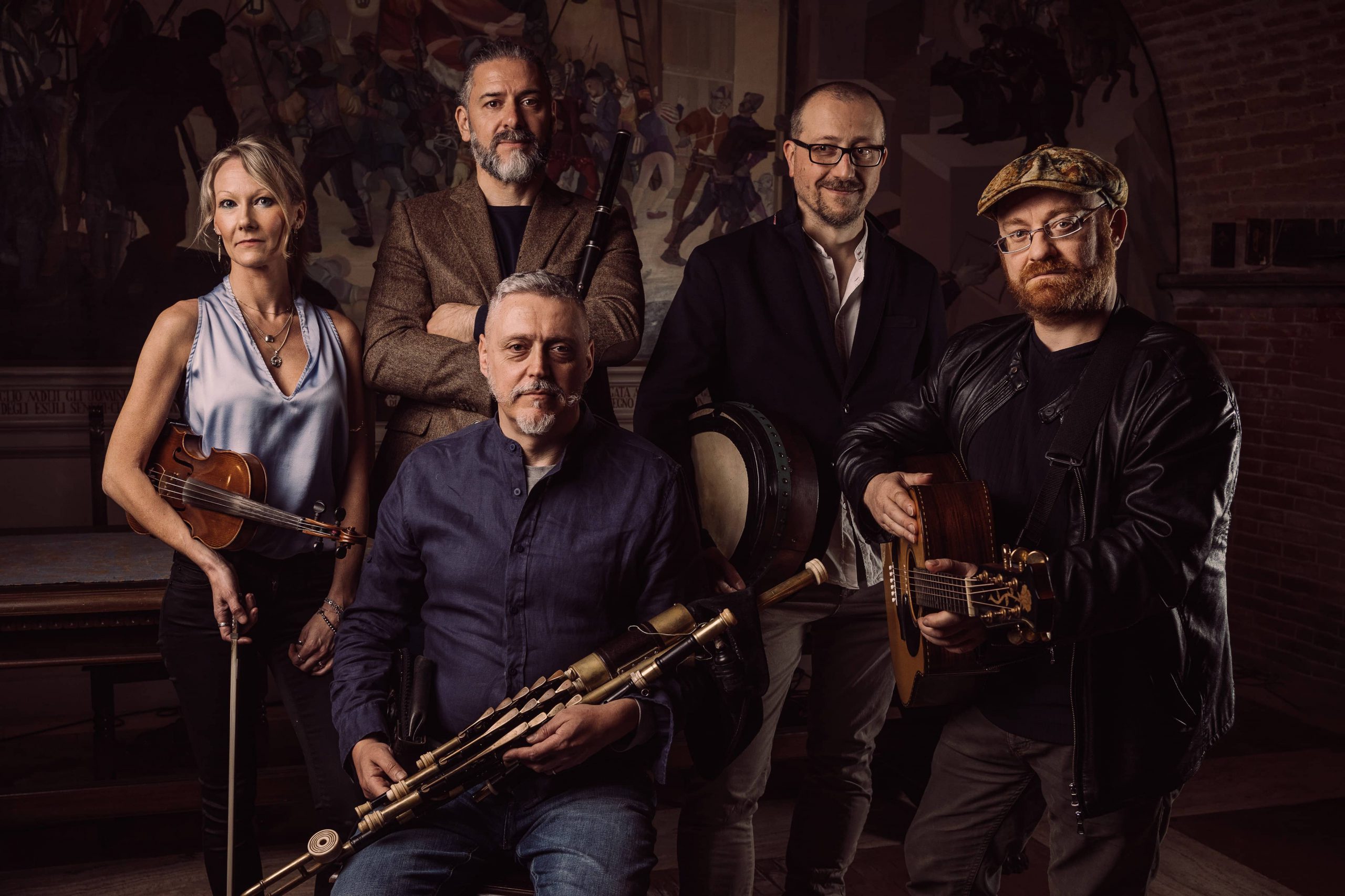 Giulio adds to the romantic story: “The band had been established for a few years at that point. I visited Ireland in 1998 and fell in love with it. When I came back to Siena, I found an Irish girlfriend who worked at the Irish bar where a folk band from Grosseto used to play. I had played percussion since I was a child, but when I heard the sound of the bodhrán (traditional Irish drum), I couldn’t stop playing or listening to it. In fact, I still haven’t stopped! What’s unbelievable is that we had placed that announcement at the university, seeing that there are so many Erasmus students, and we thought we’d find someone with a connection to Ireland. We nearly lost hope because the notice had been there for about a year with no luck, but then Stephanie arrived!”

“The band first started in 2001 and was originally called Will o’ the Wisp, taken from a term for ghostly light in folklore, but it was quite complicated and not a good idea for marketing at all! When Stephanie joined the band, she really didn’t like the name, and so when a journalist in France wrote a review of one of our gigs and shortened our name to Willos’, we kept it.” Stephanie says, “I had been classically trained in Belfast and starting playing the violin when I was six. I gave up when I was 16-17, but then when I came to Italy, I really started to study and learn Irish music properly. It’s a way to connect with home.”

Giulio elaborates, “Our style has evolved over the years. We’re not strictly traditional and always have our own touch to the songs we play: we’re called the black sheep of traditional music by other Italian trad players! Our repertoire is really varied. Some songs come from Stephanie’s great-grandfather, others from Scotland. We’ve published three albums. One called Dirt Tracks was produced by fiddle player Athena Tergis, formerly of Riverdance, and features John Doyle and Liz Carroll as guests. Other highlights have been playing at the Celtic Ball organized by the Irish Embassy in Italy in 2006, and we’ve performed hundreds of concerts all over Europe.” 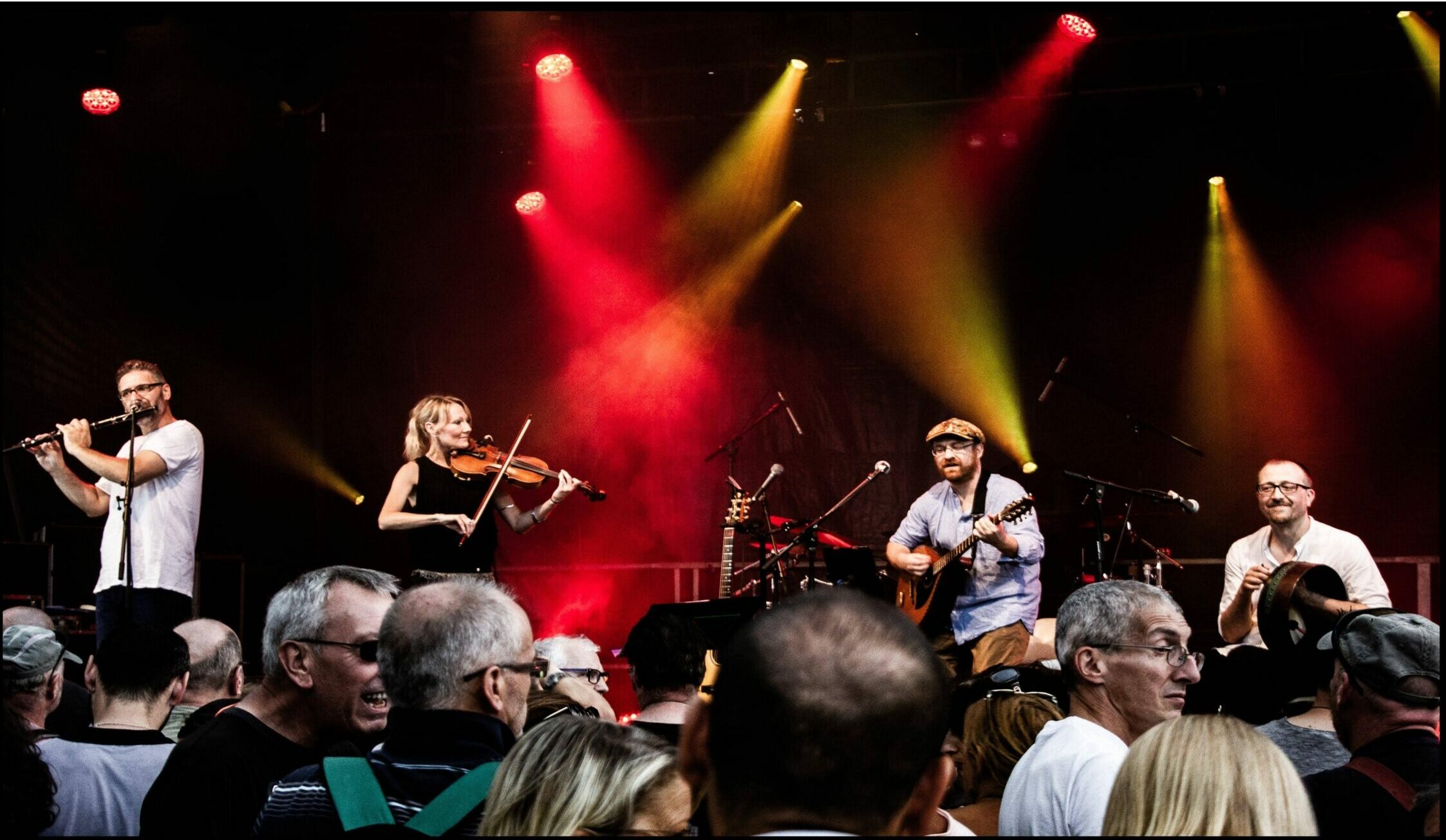 The pandemic, as for all musicians, put a stop to most performances, though there were several silver linings for this group. “We began a new collaboration with Massimo Giuntini, who plays the uilleann pipes (Irish bagpipes), a top performer in the Italian folk scene,” Giulio explains. “We are now in the process of recording an album with him. Then another amazing thing happened: one night while everyone was watching TV, I checked my phone and found a message from someone in Scotland called Frank Gillhooley. I quickly realized that he’s the actor from Guardians of the Galaxy and has directed and written several other important works. He asked if he could use our music in a short movie about Brexit and Northern Ireland, and that film is now available on Amazon Prime. Considering we’re a band from Siena that plays Irish music, it was perhaps one of the most extraordinary things to happen to us!” Stephanie adds, “Gilhooley had been searching for months, going through reams and reams of music and listening to people from all over Europe. He said he loved ‘Ballysillan’, one of the songs that I had written. It was an honour to be part of it, you don’t get that phone call every day!”

Keen to ever deepen the Irish-Italian connection, Giulio emphasizes, “I love discovering ways in which Italian and Irish cultures connect. A friend, Mary Jane Cryan, let us know about a ballad she discovered in a drawer at the Irish College in Rome, dated 1860, and then we interpreted it. During our gigs, I often like to detail some of these stories, to explain why we, as Italian musicians, are playing Irish music. For example, a woman from the 19th century travelled all over the Tuscan-Emilian Apennines in search of Irish saints, and then there’s the interesting fact that Florence’s San Frediano was in fact Irish: he was called Feenan (Fionnáin in Irish) and was from County Down in Northern Ireland!”

Willos’ summer line-up of concerts is thankfully a packed one with gigs taking place all over Tuscany.