It’s a sunny afternoon in May when I virtually meet up with Fanfara Station band members Marco Dalmasso, Charles Ferris and Marzouk Mejri, the larger-than-life trio that is bringing the power of a brass band and electronics to North African vocals and percussions. As their faces appear on my screen in checkered sequence, their backgrounds tell the story of three very different individuals who have decided to share a life in music. Charles greets me from the Area Pettini Park in Florence, swarming with children and sunset movida. Marco is enjoying a few days in the remote hills above Lucca and has managed to find the only spot with a decent signal, while Marzouk is propped up on a pillow in his Naples living room, instruments hanging on the wall behind him. 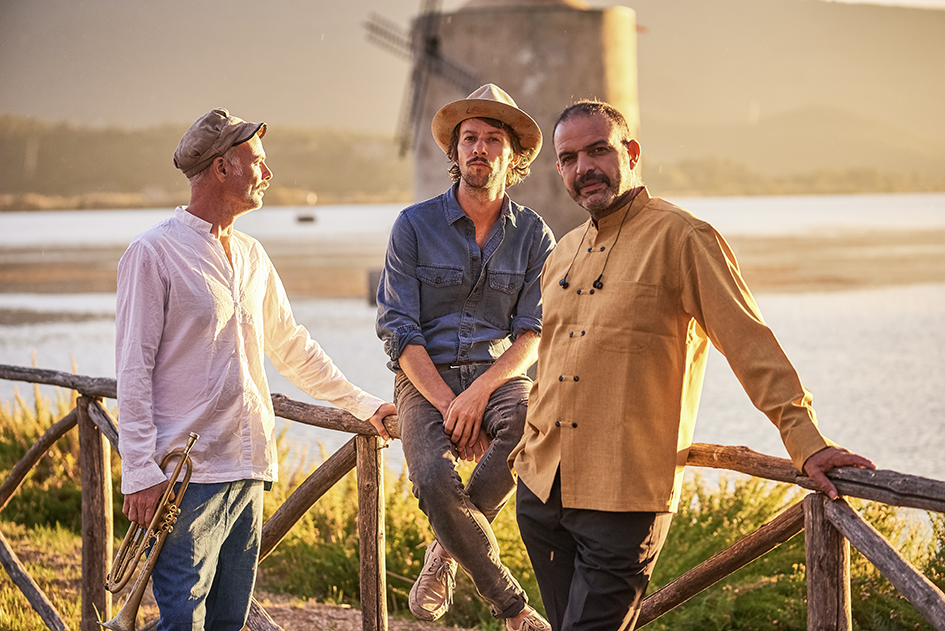 Michelle Davis: I know you’ve probably answered this question a gazillion times, but it’s quite rare to find a band with such multicultural flair. How did a Canadian-American trumpet player, an Italian deejay and a Tunisian percussionist/singer meet and end up starting a band?

Charles: I first crossed paths with Marzouk in 2006 in Naples, where I was living on a Fulbright scholarship and conducting research into the musical traditions of the south. I’d been in Italy for less than a month when we met and we immediately started playing together every Tuesday in jam sessions held in a club managed by Valerio Jovine, brother of 99 Posse bassist, JRM. The urge was to showcase the underground music scene and share it with the rest of the city. Marzouk Mejri was there every week with his brother and every time we played together I felt that there was something missing, that I wanted to learn how to play in a way that was more sensitive to their style of music. This desire for dialogue sparked a collaboration. The plot thickened when I toured Sicily with a folk music band and found myself opening for Global Kan Kan, a crazy group of party-loving musicians from Florence. I loved the way they mixed live instruments and electronics as well as their penchant for Balkan music, so when they generously invited me on stage, I ended up playing with them for over an hour! After that, Marco Dalmasso started inviting me to perform with him around Italy, so I also got acquainted with the Florentine scene and ended up moving to Florence about two years ago. When Marzouk and I started thinking of creating Fanfara Station back in 2015, we knew that a trio was bound to be much hotter than a duo.

Marco: We released our first single and that same summer booking agency Musicastrada scheduled our first gig as a trio, so we had a strong feeling from the get-go that our project could have a future. Our debut album Teburba came out on Agualoca Records in 2018 and in 2019 we won the prestigious Premio Parodi, gaining some important press and earning a spot on the WOMEX – Worldwide Music Expo playbill. In 2020, lockdown hit, but luckily we had already been to Tunisia to record our new album, which will be released between the summer and autumn of 2021. Boussadia will be released on record label Garrincha GoGo, a branch of Garrincha Dischi devoted to world music, and is inspired by a traditional mask of the Stambeli music ritual.

Marzouk: Stambeli is the sound of African music in Tunisia linked to the slave trade. Arabs, Turks, Andalusian and even wealthy Tunisian families had slaves, it was a terrible practice. We wanted to pay a tribute to those displaced black communities, tribes that had nothing to cling on but their musical traditions. Some see it as vulgar, some call it noise, but Stambeli is a religious and healing practice, and it runs the risk of being forgotten. Boussadia was the mask and headdress donned on holidays, at the end of Ramadan or after sacrificial rites. This jester and storyteller would dance and sing, followed by children as he toured the village doorsteps performing in exchange for donations. 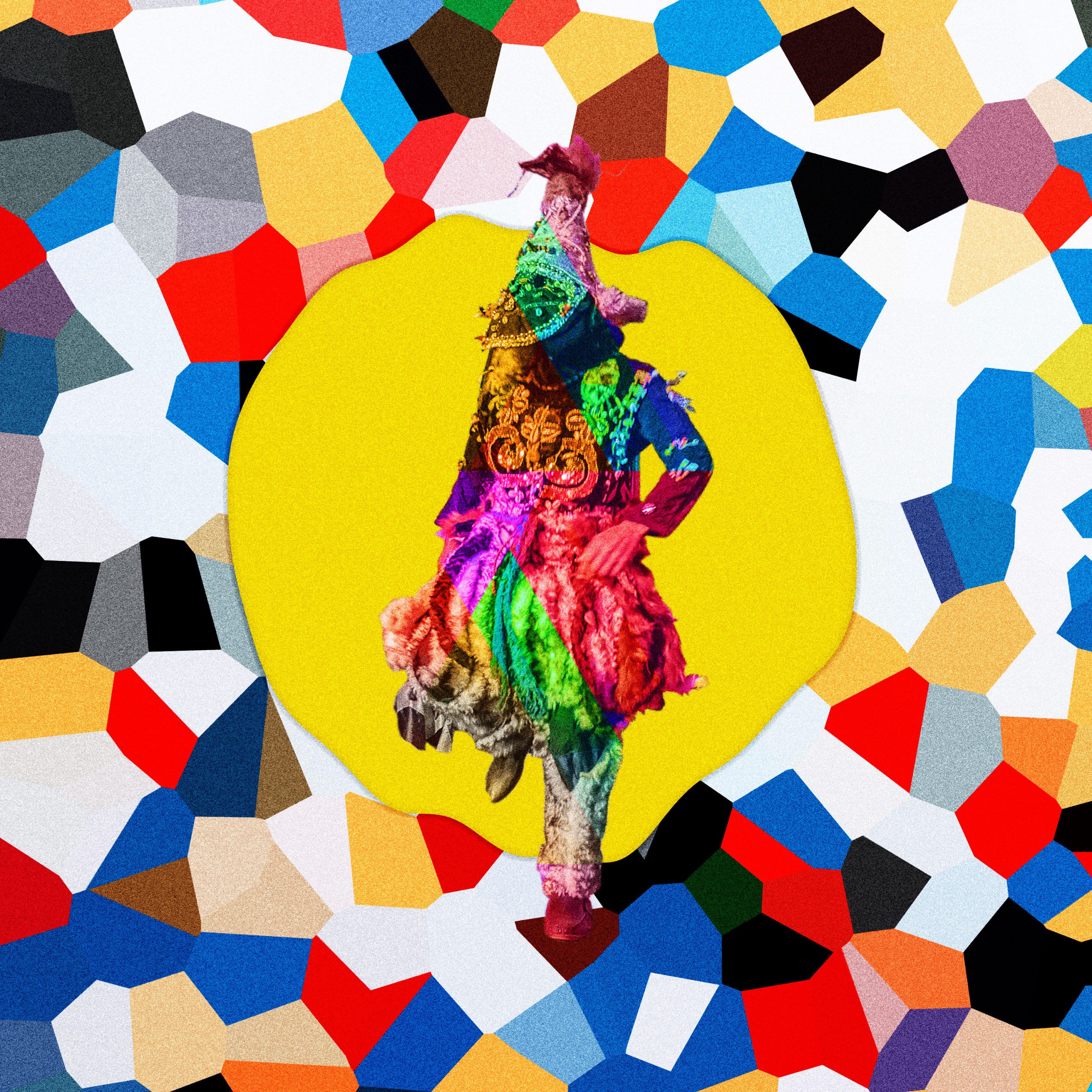 So you’re not only interested in celebrating a musical style but also the culture that surrounds it. That’s an interesting way of spreading awareness and diversity.

Marco: We aim to maintain our three separate musical identities and cultures: Charles is North American but has Balkan roots; Marzouk’s heart is in Tunisian traditions, while I’m the child of European electronic scene. We experiment with trajectories where they can clash and collide in ways that surprise even us. Our upcoming single, for example, is titled “Nagran”, which in Tunisia indicates the ceaseless movement of a woodpecker’s head, while in Naples it means something grand. We are always looking for these multiple meanings, natural bonds between people, language and music. We are actually working on a trilogy, so after Boussadia, we want to travel to the United States where we will explore Charles’ musical heritage, while the last chapter will be recorded in Italy, my home country. We have a strong connection with the Mediterranean; we actually filmed a video last month where we played our award-winning song “Rahil” in a boat off the shores of Procida.

How has Covid-19 affected you? Is there a silver lining to all this?

Charles: We had all the time we needed to finish our record and I learned how to play the tuba. I actually debuted my new skill on Boussadia!

Marco: I took advantage of these months of uncertainty to make a lifelong dream come true: I built Ah Mam Studio!, my very own recording studio in Florence and Fanfara Station’s Florentine home. 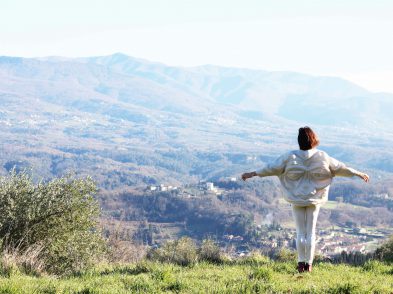 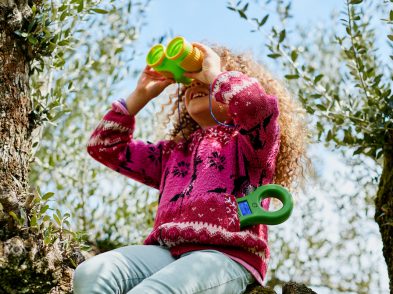 What’s the very first song that you can remember hearing as a child? I recall looking at the tape sprockets hypnotically spinning inside the family stereo, the reels clicking and ...