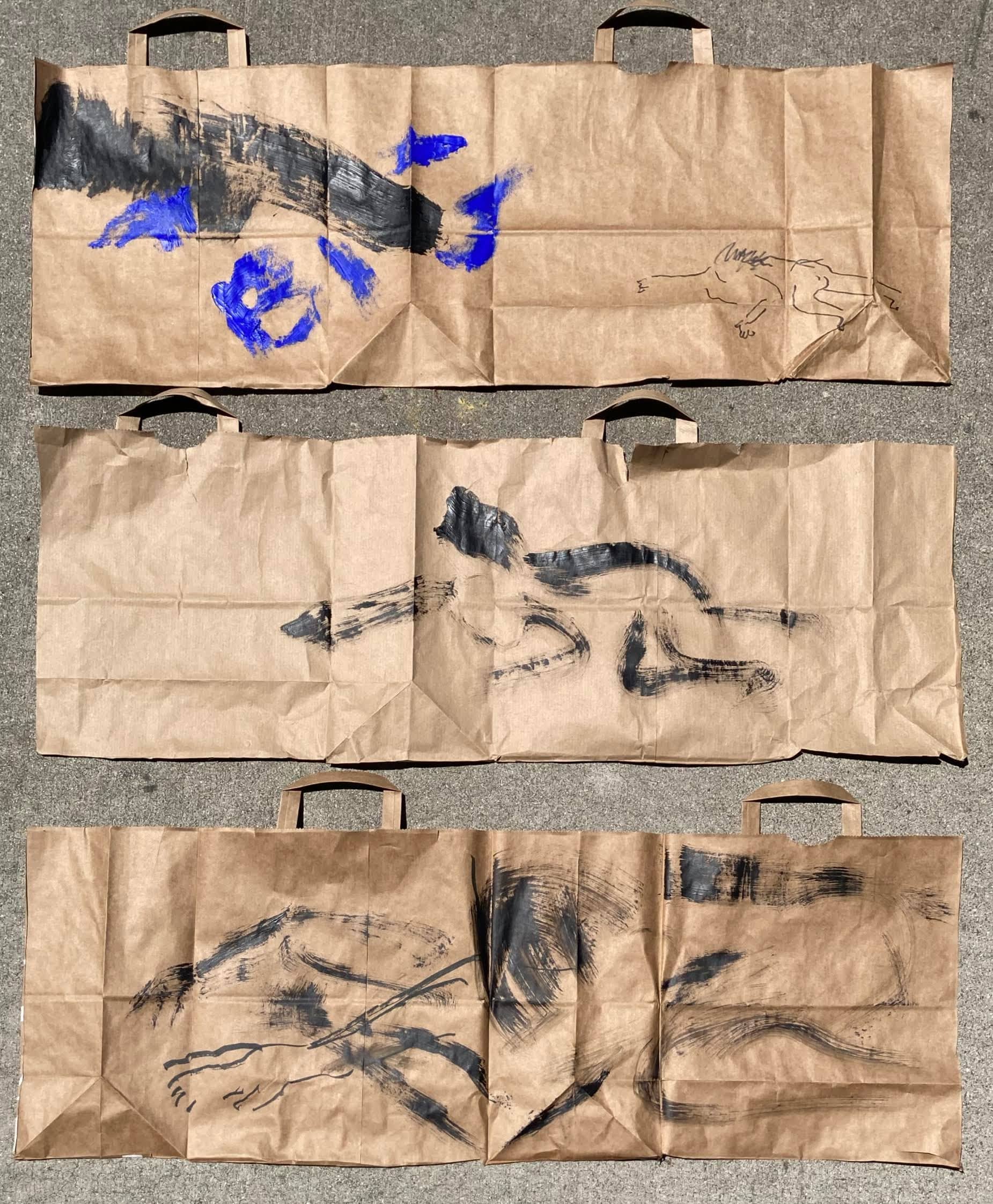 Senza Fretta (Without Hurry) is the first major Italian exhibition by American-Italian multidisciplinary artist Simone Forti, whose family was originally from Prato. Curated by Luca Lo Pinto and Elena Magini, the show was developed in close collaboration with the artist, focusing on works Forti has developed since the mid-1980s. Highlights include News Animation, in which the artist analyses the relationship between language, movement and physicality, starting from the news written in papers. With performances, print, video and audio, the exciting show is accompanied by a soundtrack by Forti, who reads her work titled The Bear in the Mirror, a collection of stories, prose, poems, photos, letters, notes and memories. There will be a weekly rotation of some of her historic performances, including Scramble, Song of the Vowels and Cloths and Rollers. The final room reveals previously unpublished drawings that Forti created during the first lockdown in Spring 2020. 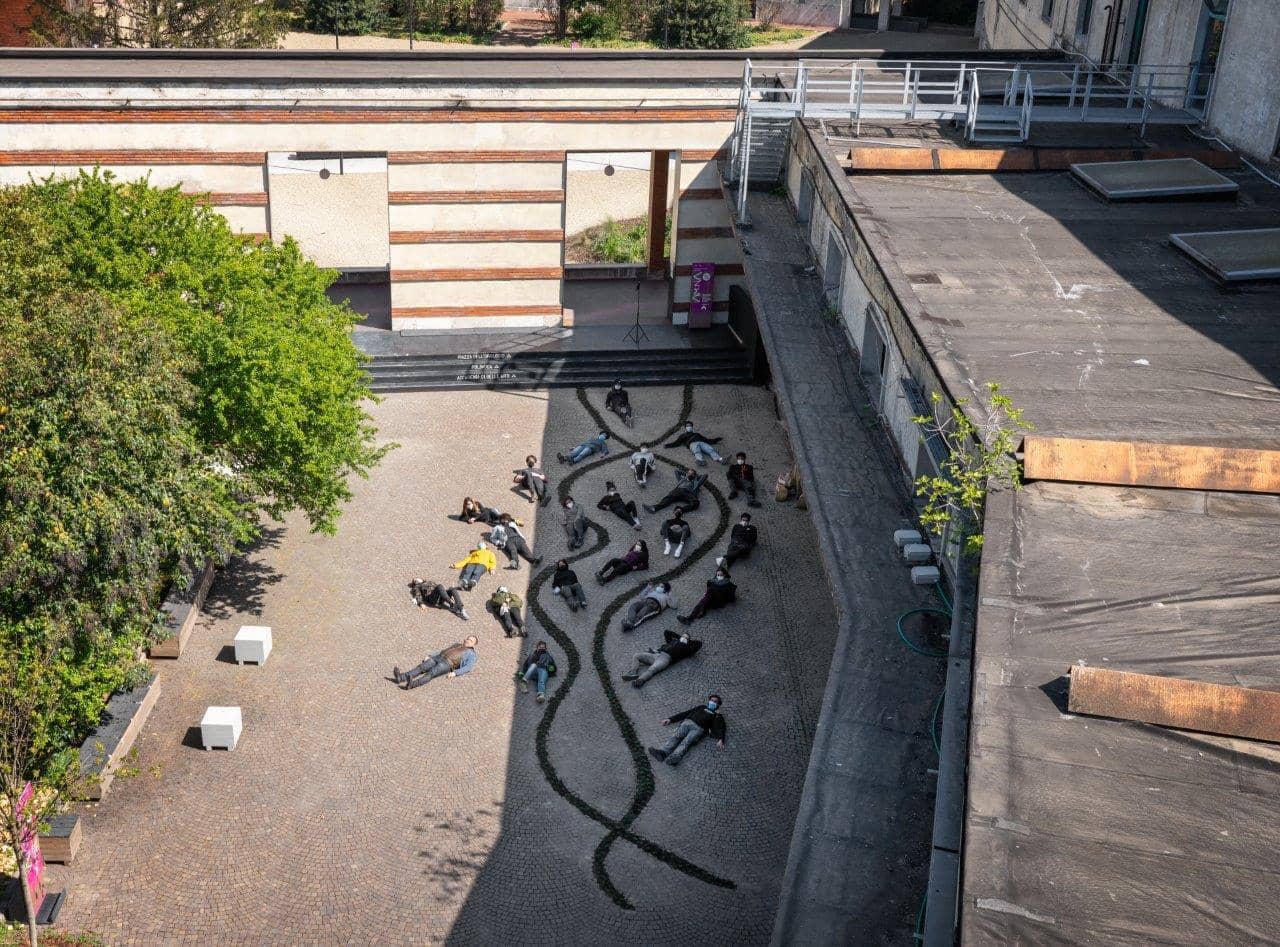 Launching Manifattura Tabacchi’s latest installation is a 3-day programme from June 18-20, prompting reflections on humankind’s links with nature through a series of talks, workshops, film screenings and a flower and plant market. A giant installation aimed at encouraging flora and wild fauna fills the loggia that separates piazza dell’Orologio from Giardino della Ciminiera. Curated by architect Antonio Perazzi, it acts as an experiential laboratory and is home to 1555 plants and more than 50 botanical species, set to be installed until September 18. Free admission. 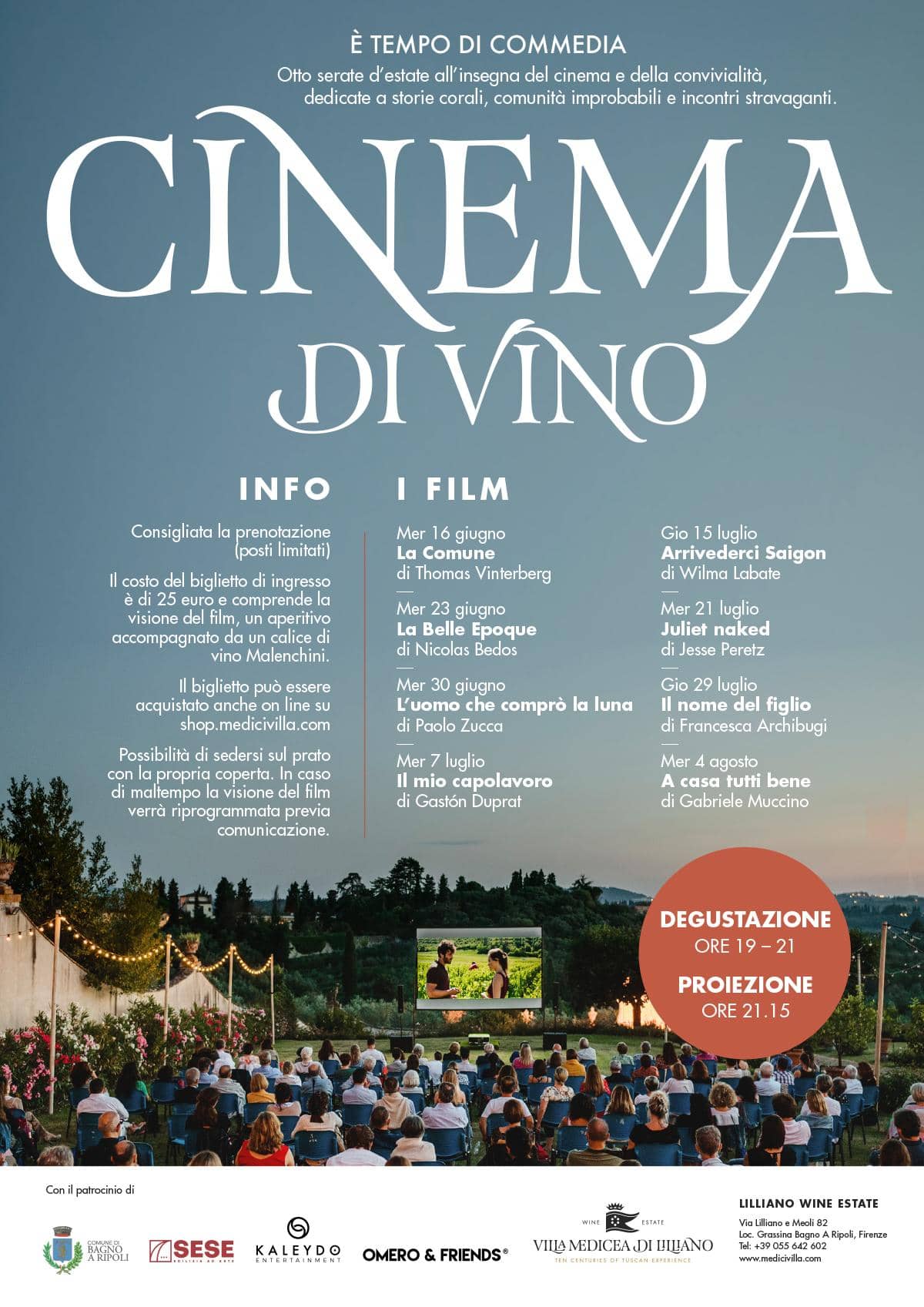 8 summer evenings from June 16 to August 4 bring together the best of the season with cinema and aperitivi in the marvellous Medici Villa di Lilliano in Bagno a Ripoli. Each event takes place from 7-11pm, with a glass of Malenchini wine on arrival adding to the relaxing atmosphere. With films curated by the Stensen Foundation, choices take a comic theme this year, as we’re all undoubtedly in need of a laugh. Cost is 25 euro per person, that includes a platter of Tuscan specialities, a glass of Malenchini wine and access to the film screening. Seats are provided but feel free to bring a blanket for a lawn-side viewing. 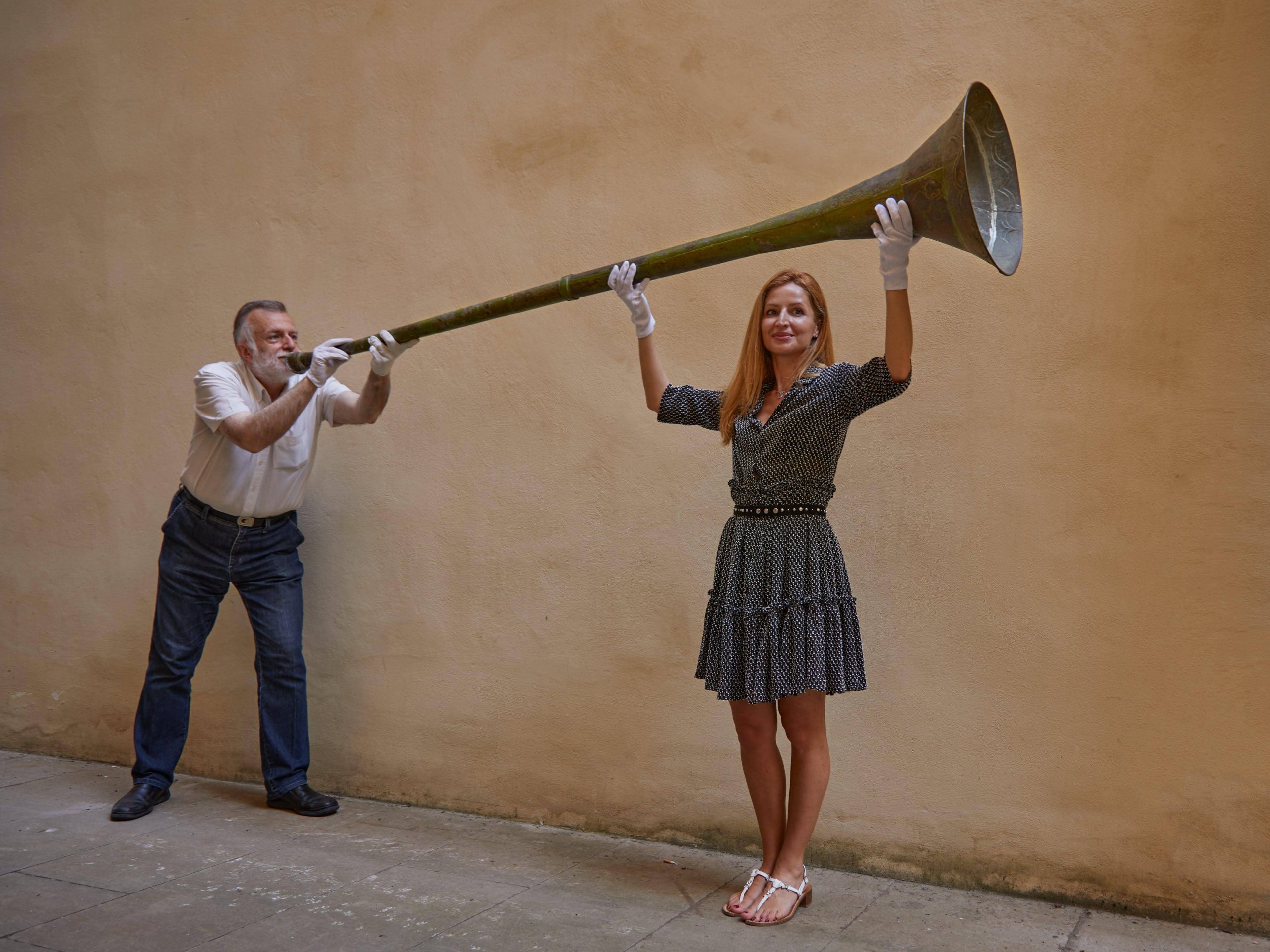 Music and science meet to mark the Festa della Musica and the summer solstice in the rooms of the Galileo Museum. Students from the Luigi Cherubini Conservatory in Florence bring a harp, guitar and Renaissance and Baroque vocal music to five rooms of the museum, including that which houses Galileo’s original instruments. Items from the museum’s acoustic collection will also get an outing, with the unusual “talking trumpet” from the 17th century bound to create intrigue.

The 74th edition of the popular summer fest kicks off with the Italian Youth Orchestra on June 21, performing in the spectacular space of the Teatro Romano in Fiesole. Expect to enjoy both national and international music as well as theatre and literary events across various venues in the panoramic hills. Find info on the full series here.

Until the end of July 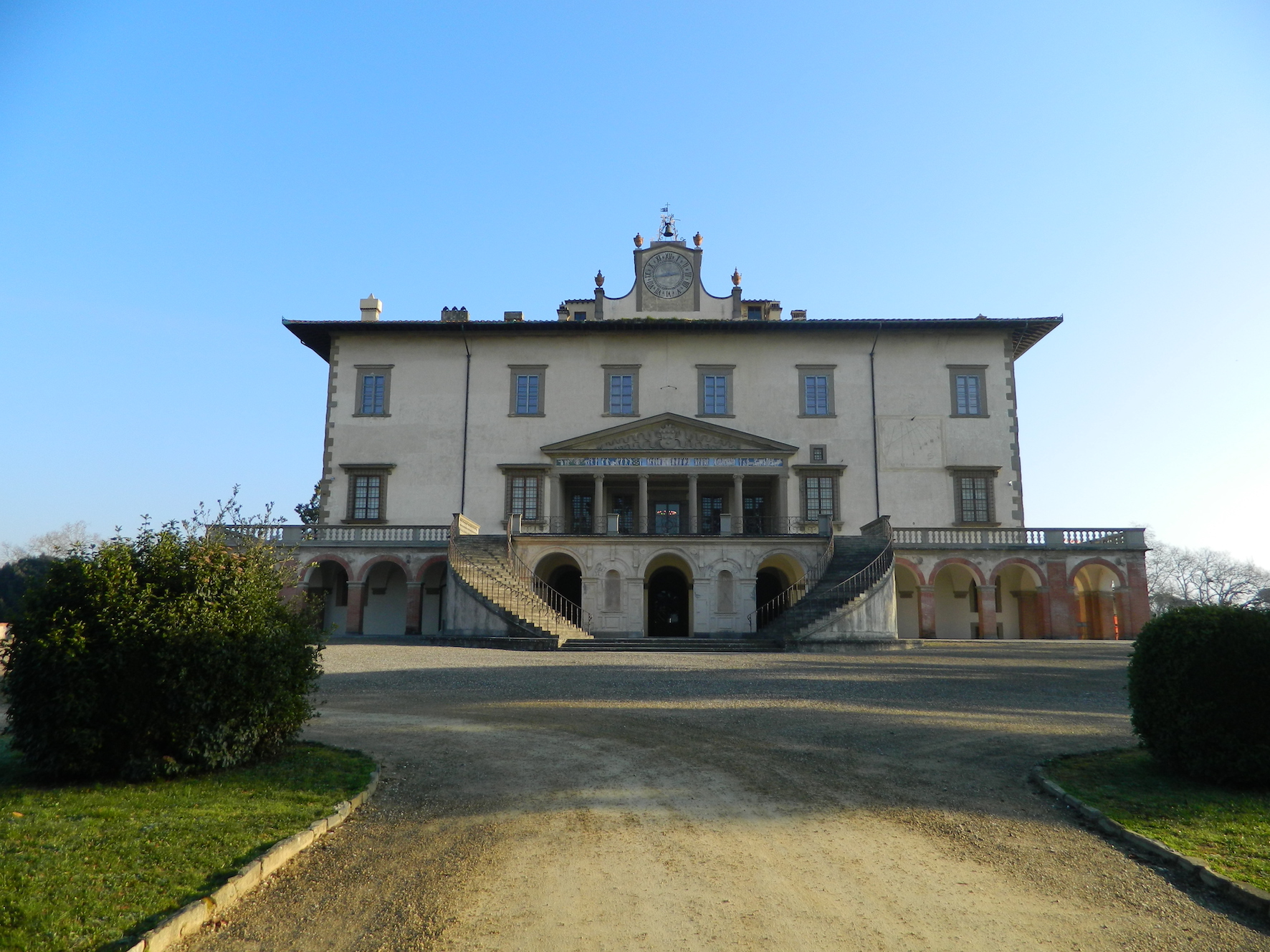 Magnificent villas fill with equally spectacular sounds as the Orchestra della Toscana continues to delight audiences throughout June and July. World Heritage Sites become the stages for open air performances, featuring works by Mozart, Beethoven and Mendelssohn in locations such as Villa Poggio a Caino on June 19 with conductor Vincenzo Milletari and violinist Clarissa Bevilacqua, with the same programme taking place on June 22 at Villa Cerreto Guidi. All performances begin at 9.15pm, with tickets costing 12.50 euro.

Until the end of September 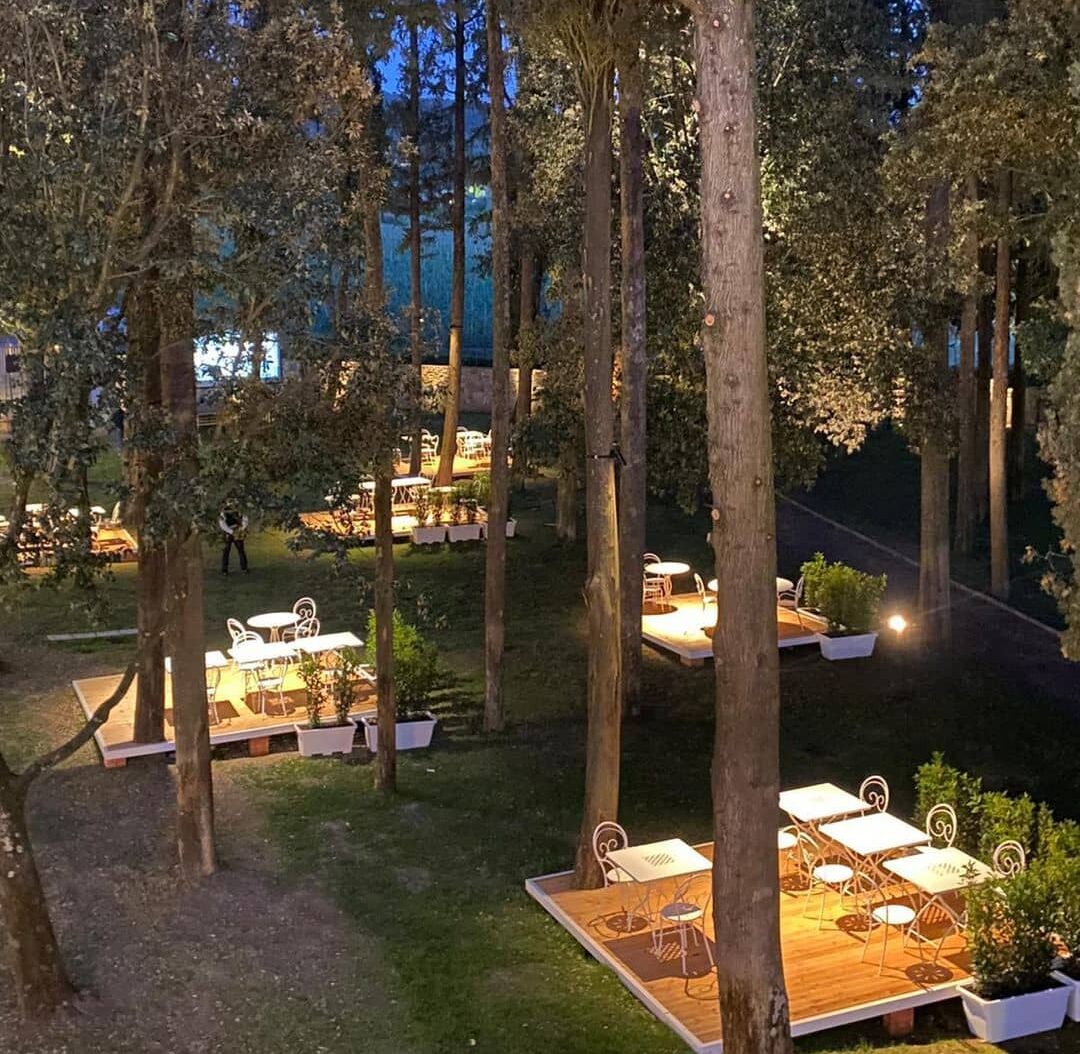 Movies and great food under the stars in the Tuscan countryside
Head for the hills for a Movie + Dinner Night “Sotto le Stelle” (under the stars) at Poggio Casciano – Le Tre Rane Ruffino, just 20 minutes from Florence. With tastings, poetry, cinema and music, an idyllic summer’s evening awaits in the Tuscan countryside. Wednesdays focus on poetry and Thursdays are all about live music. Price per person 30€, includes dinner, glass of wine and film viewing. Book your spot! Call 378 3050219 or write to hospitality@ruffino.it 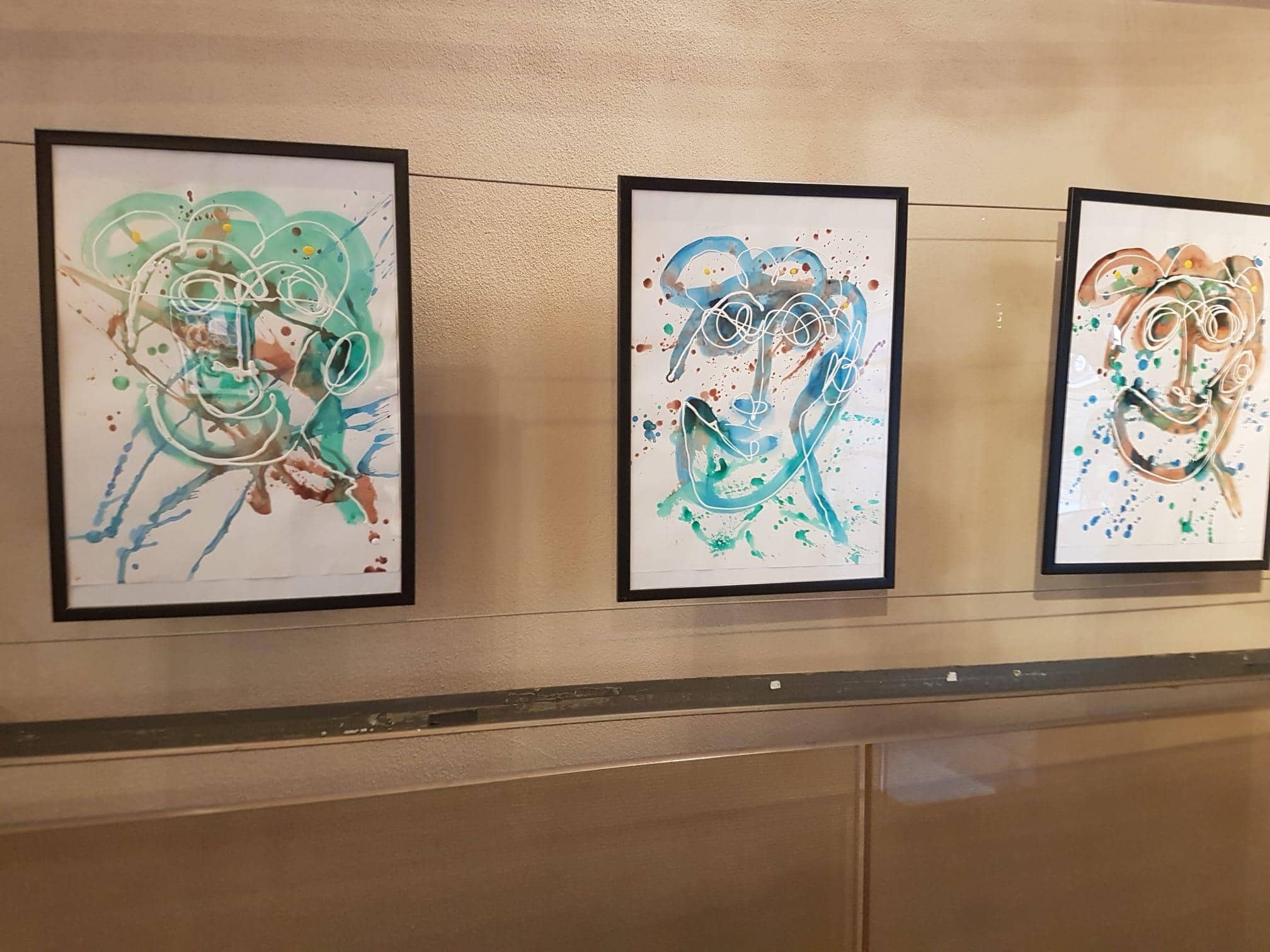 US artist DovBer Marchette comes to the Limonaia of Villa Vogel, with the exhibition curated by Gabriella Diddi and Fabrizio Sorbi. Using only the five colours of blue, yellow, brown, green and white, what he calls “the colours of Tuscany”, Marchette imbues each colour with symbolic value, using soft brush strokes and a great sense of movement. Concepts incorporated in the works include a tree, the starry sky, stains on walls and the grain of wood. A painter and sculptor for over 50 years, his works have been likened to 20th century modernists such as Millet to Sol Lewit.

Dante within the vineyards

Dante Alighieri meets wine in a series of tastings, concerts and readings among the vineyards of Tuscany. The Open Cellars series is a must for all those keen to taste the best of Tuscan wine, with an added literary twist this year in honour of the Supreme Poet. Taking in Bolgheri, the Maremma, Arezzo, San Gimignano, Montepulciano, Montalcino, Chianti and more, wine producers open their doors to lovers of literature and vino alike. Reservations required and full programme available here.

Every Friday in June 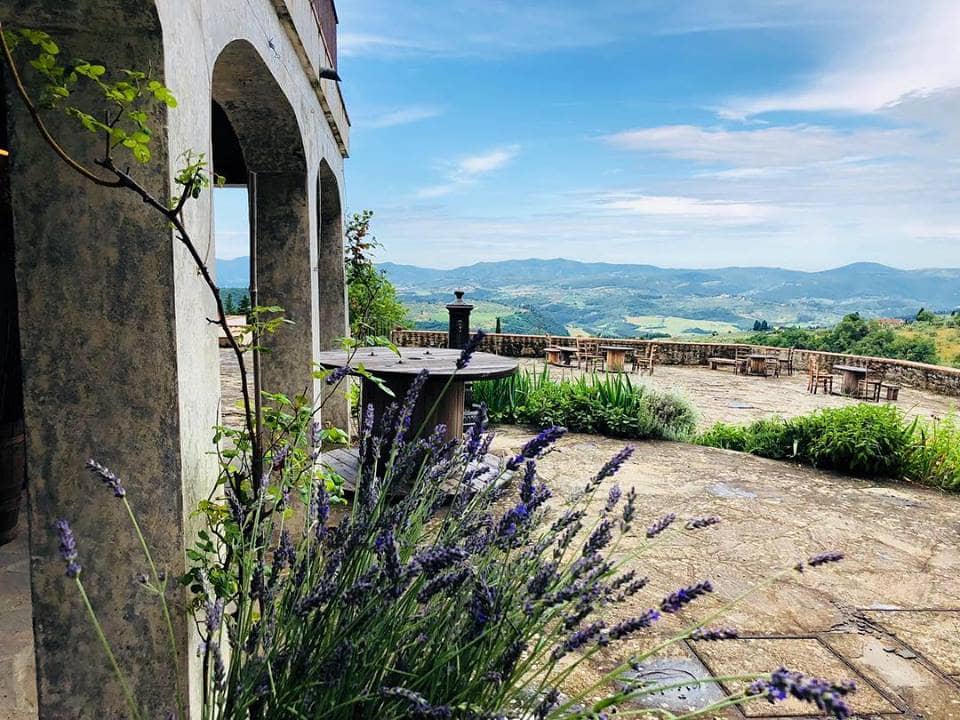 Music and cocktails with a perfect panorama

Music meets mixology in the festival curated by Nicola Graziani. The main player in the cocktails will be the Tuscan gin Peter in Florence. Performances by Ada Flocco Quartet, Strettino Jazz Band, Florence Lilium Duo and the Sinedades can be enjoyed as you lounge by the pool or gaze at the sunset over the vineyards from the terrace. Located 30 minutes from Florence, an aperitivo with jazz (and not only) in the sunshine sounds just the ticket (and the tonic). For information and to book, email info@poderecastellare.it or call +39 328 5618449.