The son of Antonio Carletti and his wife Lucrezia Macinghi, Francesco Carletti was born in Florence in either 1573 or 1574. His father was a descendant of an old merchant family who traded with Spain, Portugal and their colonies, travelling widely to do so. In 1591, when Francesco was about 18 years old, his father sent him to Spain to apprentice with Niccolò Parenti, another Florentine merchant with whom he did business. After two years in Seville, Antonio joined his son and the two began preparations for a trip to Cape Verde to buy slaves they intended to resell in the Spanish American colonies. For Francesco Carletti, this was the beginning of a journey around the world that would last 12 long years and make him the first traveller to circumnavigate the globe for strictly commercial reasons rather than on a voyage of discovery or for religious evangelizing. 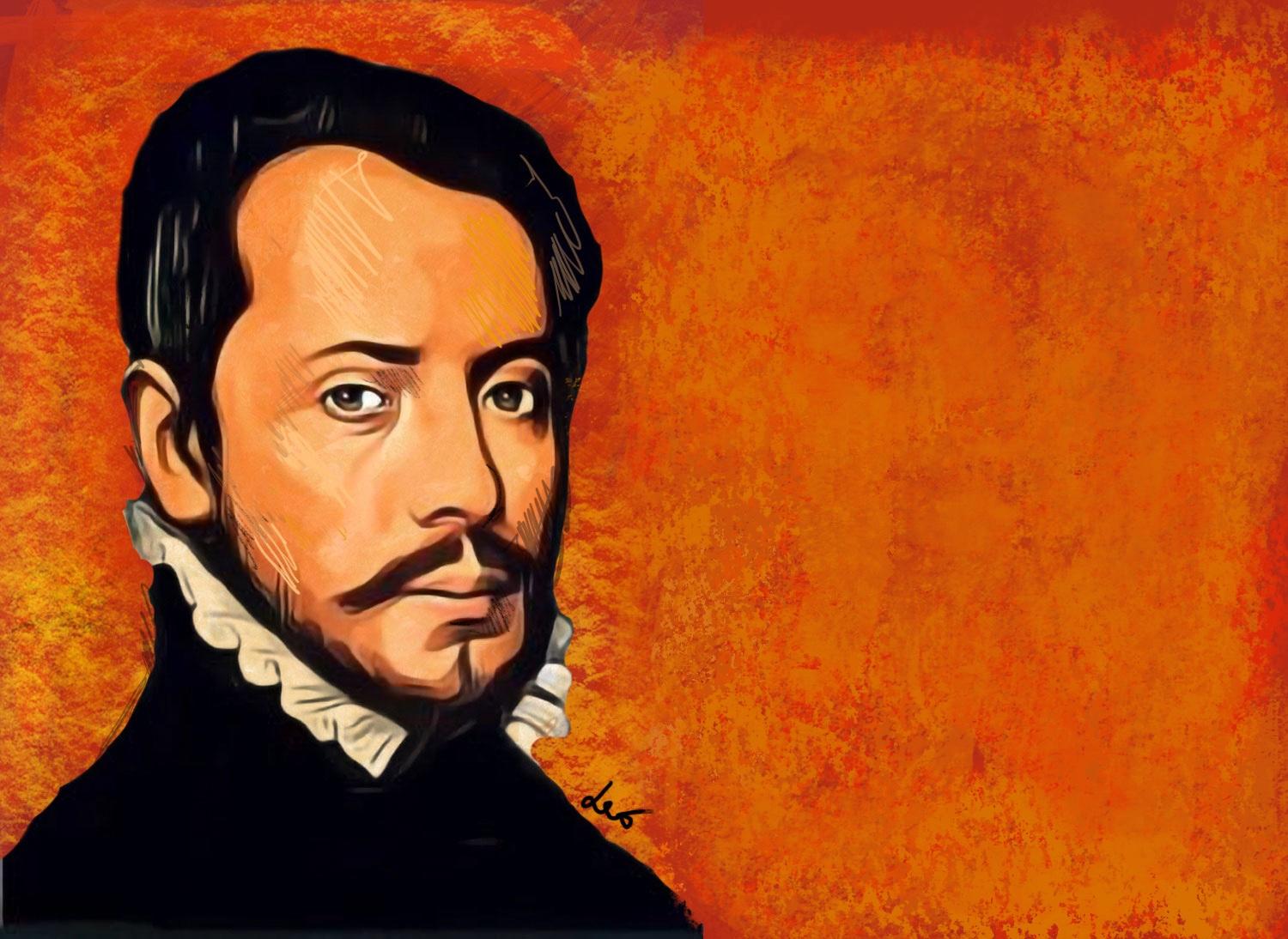 On January 8, 1594, the father and son began their voyage. Their first port of call was Santiago, the biggest island of Cape Verde and a major market for slaves from West Africa. On April 19, they set sail for Cartagena de Indias, in Columbia, to sell the 75 slaves they had bought and to buy local merchandise to sell at their next destination. In the end, their profit margin turned out to be meagre because many of the slaves had died during the voyage, and once they arrived in Cartagena not only did the Spanish create bureaucratic difficulties for them, but the going price for slaves was much lower than they had estimated.

They left Cartagena in February 1595, arriving in Nombre de Dios, on the insect-infested coast of Panama. From there, they continued overland by mule train and native craft to move through Central America to reach their goal, the rich city of Los Reyes (now Lima) in Peru. There they sold their merchandise in exchange for silver ingots. On the way to Acapulco and Mexico City, they visited a town in El Salvador where Carletti discovered cocoa and, on his return home, he would introduce its use in Tuscany.

Antonio and Francesco stayed in Mexico from June 1595 until May the following year, so they could buy more goods, which they had originally planned to resell in Lima. Due to the usual bureaucratic problems caused by the Spanish, they changed their minds and decided to head for Manila, where they arrived in 1596. They were held up there until May 1597, unable to acquire the goods they wanted from Japan and India because a fire had burned down the warehouse where they were stored.

Tired of waiting for new shipments to arrive and facing further Portuguese restrictions, they clandestinely boarded a Japanese boat, sailing to Nagasaki and, from there, ventured into China on further buying trips. In March 1598, they left for Macao. On arrival, the Portuguese jailed them for three days for breaking trading laws, only releasing them after they paid a heavy fine. Following four months of suffering, Antonio died there of complications from kidney stones on July 20, 1598. 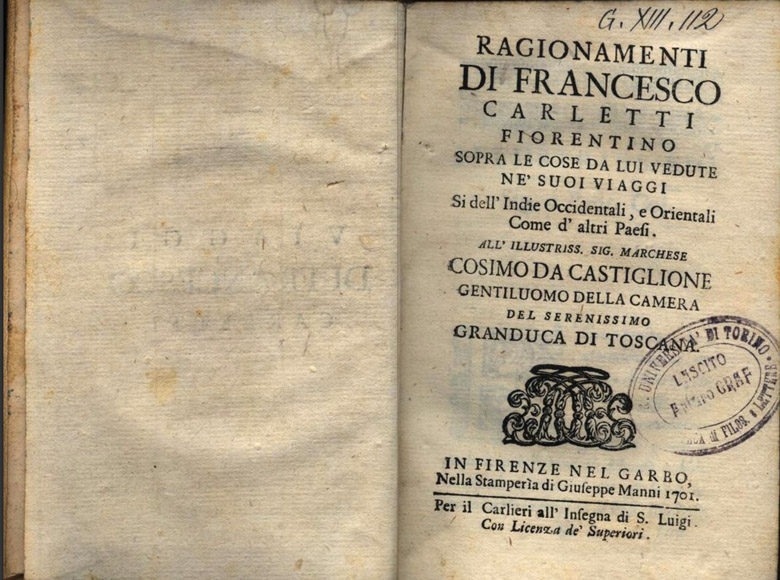 The next destinations on Francesco’s now lone journey were Malacca, Sumatra, Ceylon and the Portuguese enclave of Goa, in India, where he stayed for several months, profitably selling his wares, particularly the silk he had bought in China.

Finally, in December 1601, Francesco set off for home on a Portuguese ship. The voyage proved to be a nightmare. As the ship approached St. Helena it was attacked by three Dutch ships during the Dutch–Portuguese trade war and, on March 16, 1602, the vessel was forced to surrender and was boarded. While the Portuguese crew was taken prisoner, Francesco was free because he proved he was a subject of Tuscany’s Grand Duke. Nonetheless, all his property was seized. At his request, the Dutch escorted him to Middleburg in Holland, where his merchandise, including the marvels he had collected for the Grand Duke throughout his travels, was sold after the local court decreed both it and the ship were fair prey. He stayed in Holland while trying, with little success, to be compensated for his very considerable loss.

Late in 1605, Francesco arrived at the court in Paris where he was supposed to help the French in opening commercial channels between them and the Dutch. Political intrigues eventually caused the project to be abandoned, so he returned to Florence in July 1606. Ferdinando I de’ Medici had invited him to do so because the Grand Duke wanted him to act as his consultant in helping to make Livorno into a major port. Probably with the Grand Duke’s urging, Francesco Carletti wrote recollections of his trip as his original notes had been lost when the Dutch commandeered the ship near St. Helena. Today, his commentary is considered an invaluable historic travelogue of the places he visited, their peoples and customs as well as a manual of the exploits of a Renaissance merchant. It is called Ragionamenti di Francesco Carletti Fiorentino sopra le cose da lui vedute ne’ suoi viaggi si dell’ Indie Occidentali, e Orientali Come d’altri Paesi (in English translation, Francesco Carletti “My Voyage Around the World”). His descriptions of Japan, for instance, are enlightening and lively, especially because the country was little known to the outside world at the time.

Following Ferdinando I de’ Medici’s death, Grand Duke Cosimo II appointed him maestro of the grand ducal household, a position he held until 1616. This was followed by various diplomatic missions. Once retired, the Medici paid him a pension until his death on January 12, 1636.