Sculptures at piazzale Michelangelo and piazza della Signoria to be restored

The restoration of a sculptural group at piazzale Michelangelo including the bronze copy of Michelangelo's David has begun, commissioned by the Municipality of Florence with the support of Salvatore Ferragamo S.p.A.

Restoration has started on a group of sculptures in piazzale Michelangelo, including the bronze copy of Michelangelo’s David. The campaign was commissioned by the City of Florence and is being financed by the Salvatore Ferragamo fashion house. The restoration is being carried out by Cooperativa Archeologia. 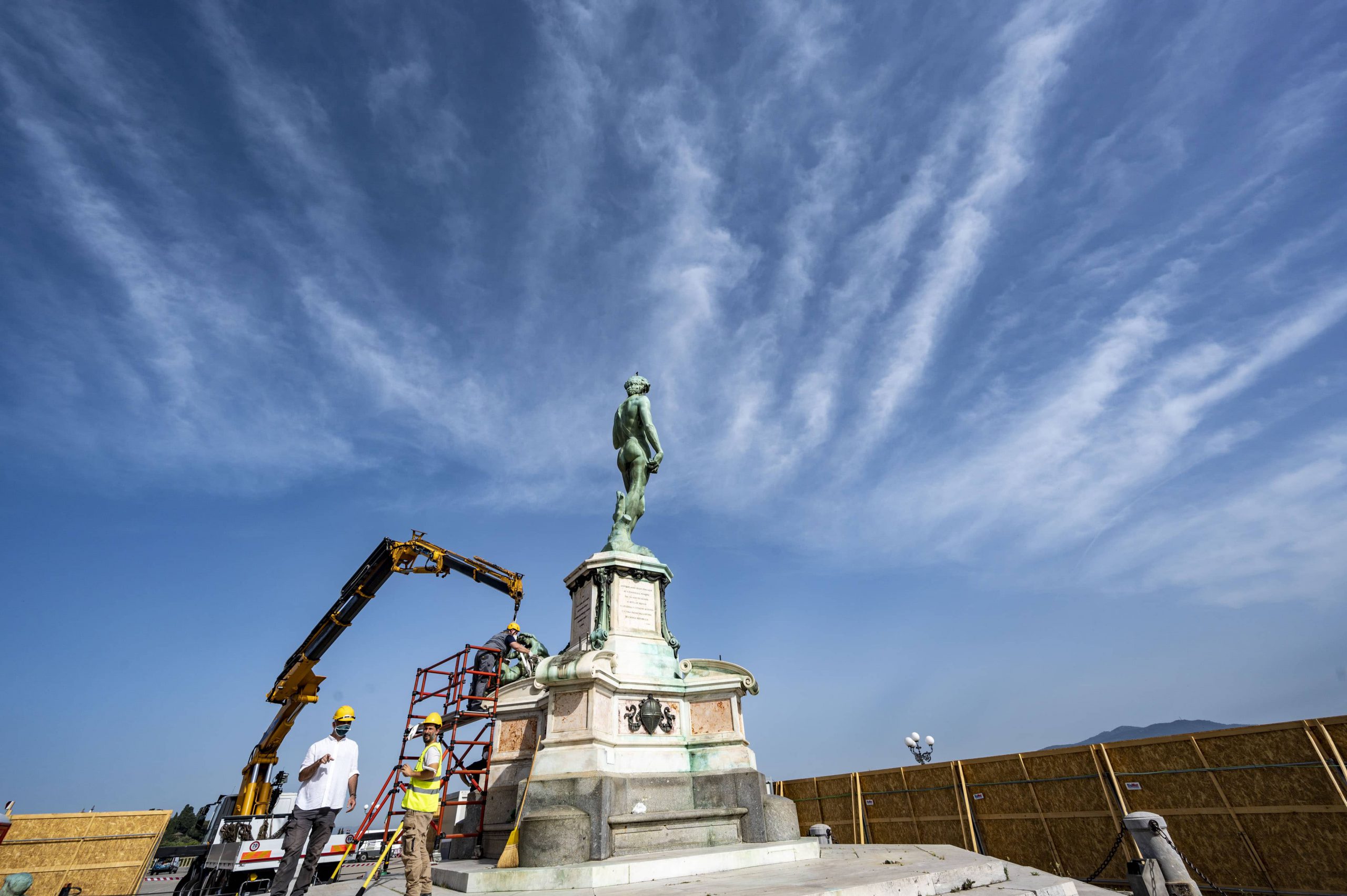 Work begins on the bronze replica of Michelangelo’s David, which was placed in piazzale Michelangelo in 1873

Located in piazzale Michelangelo, the restoration will be carried out in front of the public, with minimal scaffolding set up around the sculptures, as well as information panels. Throughout the restoration, webcams can be viewed here.

This is the first structural intervention ever undertaken on the David copy, with an endoscopic investigation carried out in order to determine its internal condition. 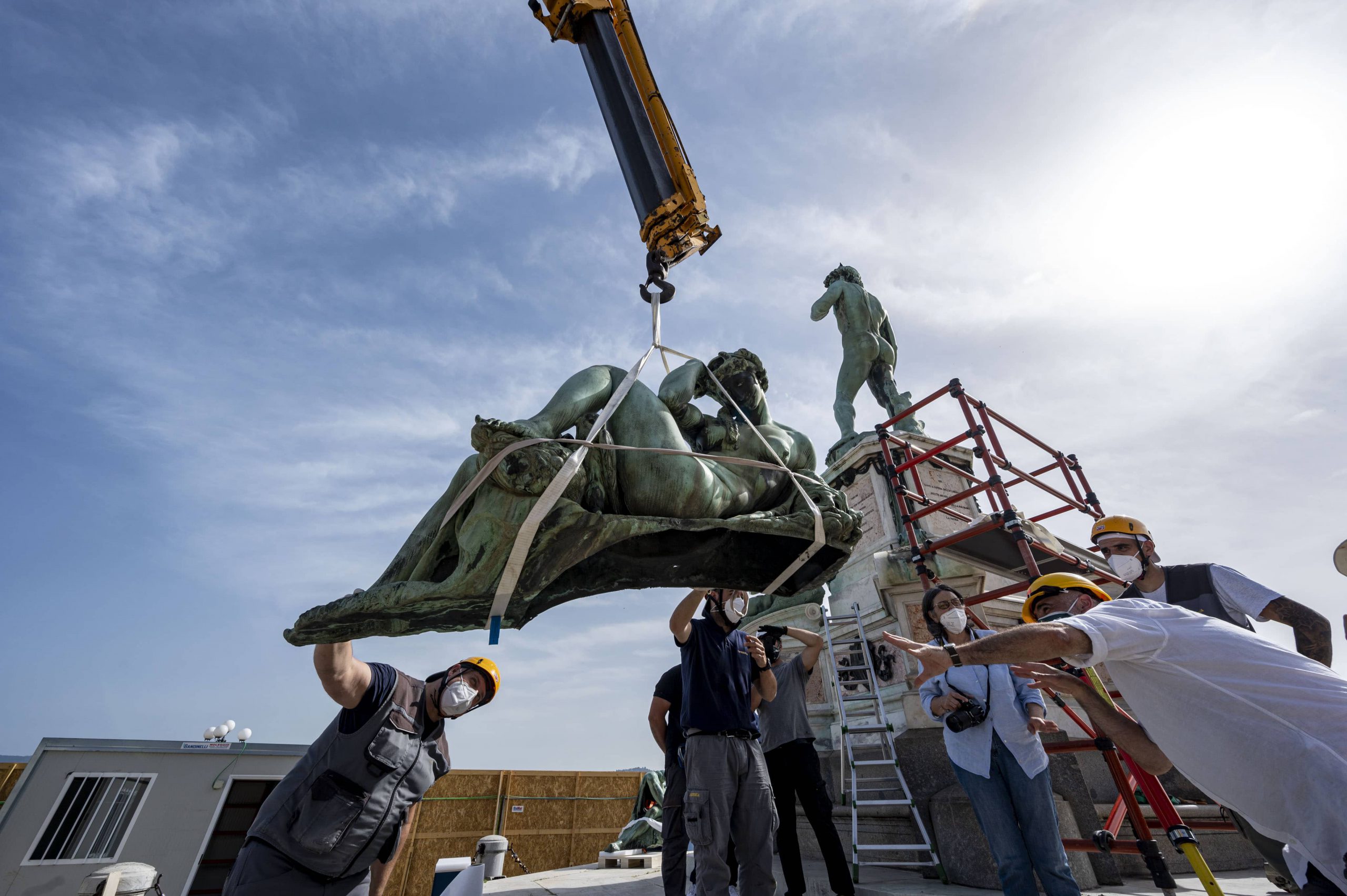 Restoration works are also planned for the sculptural groups in piazza della Signoria, set to start in January 2022. Four bronze copies of the Allegories in the Medici Chapels in San Lorenzo will also be restored.

Mayor Dario Nardella and culture councillor Tommaso Sacchi commented, “Let’s restart with a project that was ideated and designed when the pandemic was far beyond our imagination, and no one could ever envisage that the world would be closed for months. It’s a wonderful sign of rebirth to be able to commence such an important and enhancing restoration for our city. Culture is often cited as one of the most important levers of the restart: taking care of our artistic assets is our constant interest and a way to show love for our city.”