From initial infrared diagnostics to cleaning, consolidation, varnishing and re-stretching, there are many phases to the conservation process. Beyond the technical elements involved in conservation, it is an honor to watch a forgotten artist come to life, as conservators discuss her technique, discover her personality and find clues that will inspire “art detectives” of the future.

After years with Violante Ferroni, conservators Marina Vincenti and Elizabeth Wicks find answers and ask new questions, as they share their “takeaway” thoughts. 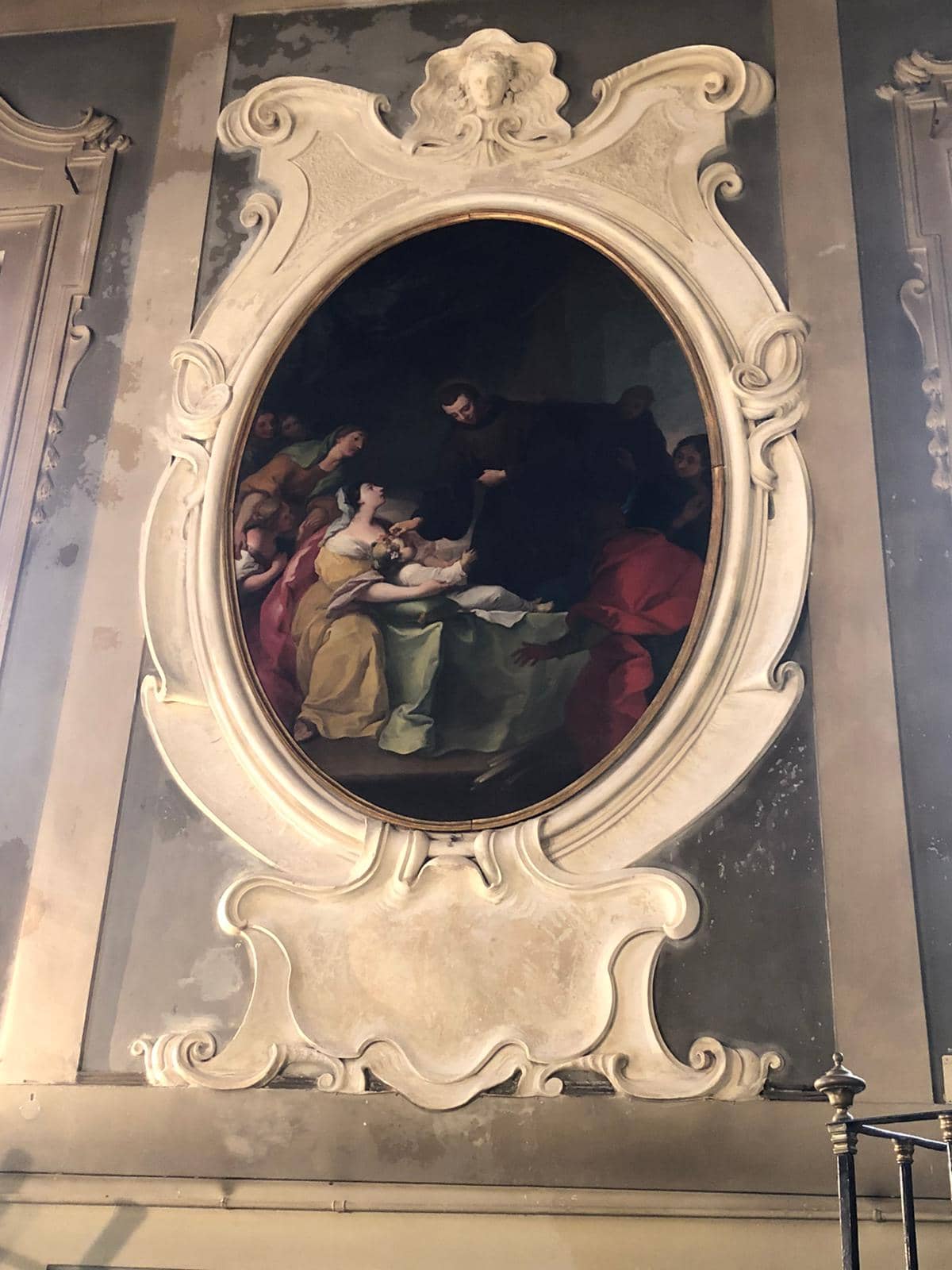 “There are mostly female figures in Saint John of God Heals Victims of the Plague. One, in particular, introduces us into the scene. The figure wearing a red dress captures our attention and, at the same time, draws us into the painting, into this intimate atmosphere, inside this room, where a miracle is taking place. In Saint John of God Gives Bread to the Poor, there are more male figures. We have a mother with her child and a female figure wearing a bodice, but other than that, they are all men: poor men and friars. Then, we have a male figure seen from the back, who has rather pronounced musculature and he provides a clue to Violante Ferroni’s interest in anatomy.”

“During the conservation process, the most exciting thing that can happen is to find a trace of the painter. I believe that artist Violante Ferroni wanted to leave us some clues that would lead us to the discovery of her signature. At a certain point, I was cleaning the background of Saint John of God Gives Bread to the Poor. In its rocky landscape, I found what looked like her initials carved on one of the stones. No one gave much importance to this possibility at first, but I felt it was an invitation to keep looking! Sure enough, a few days later, in the darkest part of the stone structure on the painting’s lower right-hand side, I found her authentic signature.” 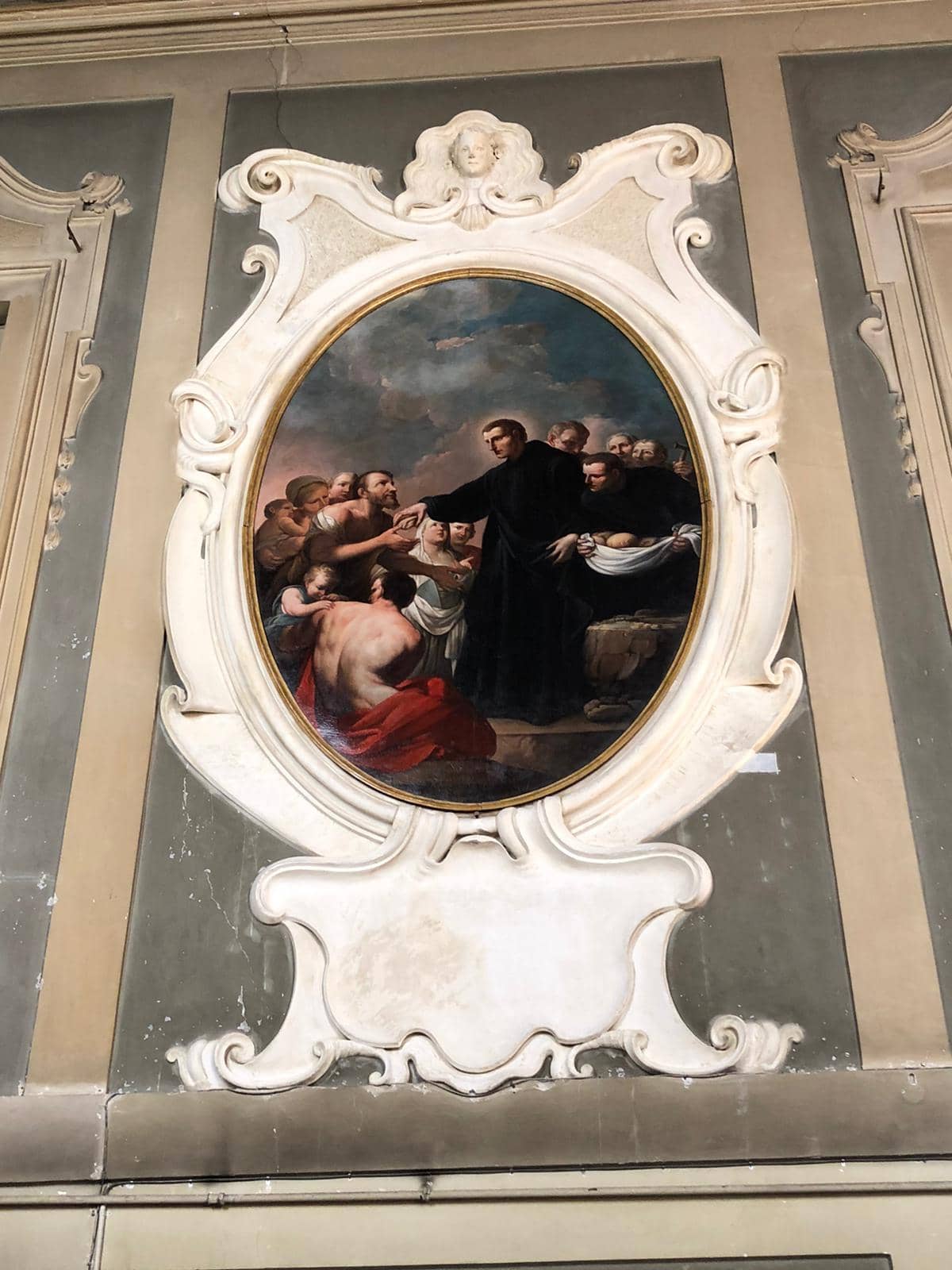 “Violante worked with very quick brushstrokes and just a bit of impasto. It gives you the idea that she was a real professional who was very sure of what she was doing. If you are timid as a painter, you tend to paint much tighter, but she is painting loosely, she is painting in bold strokes. She is painting fast! I think it’s very significant that these works are in a public hospital. For a female artist to have received such a large, prestigious commission in the mid-18th century attests to the fact that Violante Ferroni must have had a very good, solid reputation at the time.”

“We realize by looking at the crown of flowers on the child’s head that this child was given up for dead… Now what we don’t know is whether this was actually an anonymous child who symbolizes Saint John of God healing victims of the plague, which is what art historians have said in the past. There is another theory derived from a legend about a disciple of Saint John of God, a healer who worked for the Court of Spain. Could the young child in Violante’s painting have gone on to become the future king, Philip IV of Spain? We know the infant suffered from spells in which he became violently ill and that he was cured by a monk while lying in the Queen’s arms. Was Violante depicting this very scene in her ovals at the ancient Hospital of San Giovanni di Dio?” 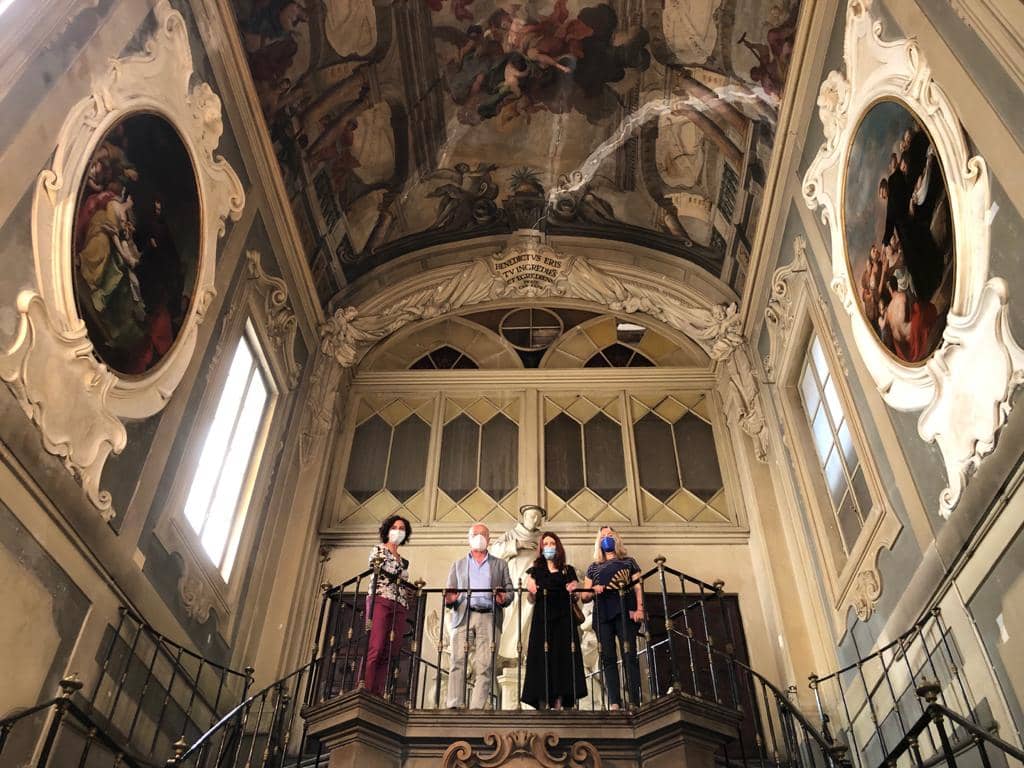 Returned to their home in San Giovanni di Dio

And our institutional partners