Maurizio is putting down his well-leafed copy of today’s La Nazione. He’s spotted us under our ombrellone and he’s determined to have a chat. I have nothing against some good old Tuscan chin wagging; it’s just that a conversation with the sun-worshipping retired electrician is destined to occupy much of the morning. 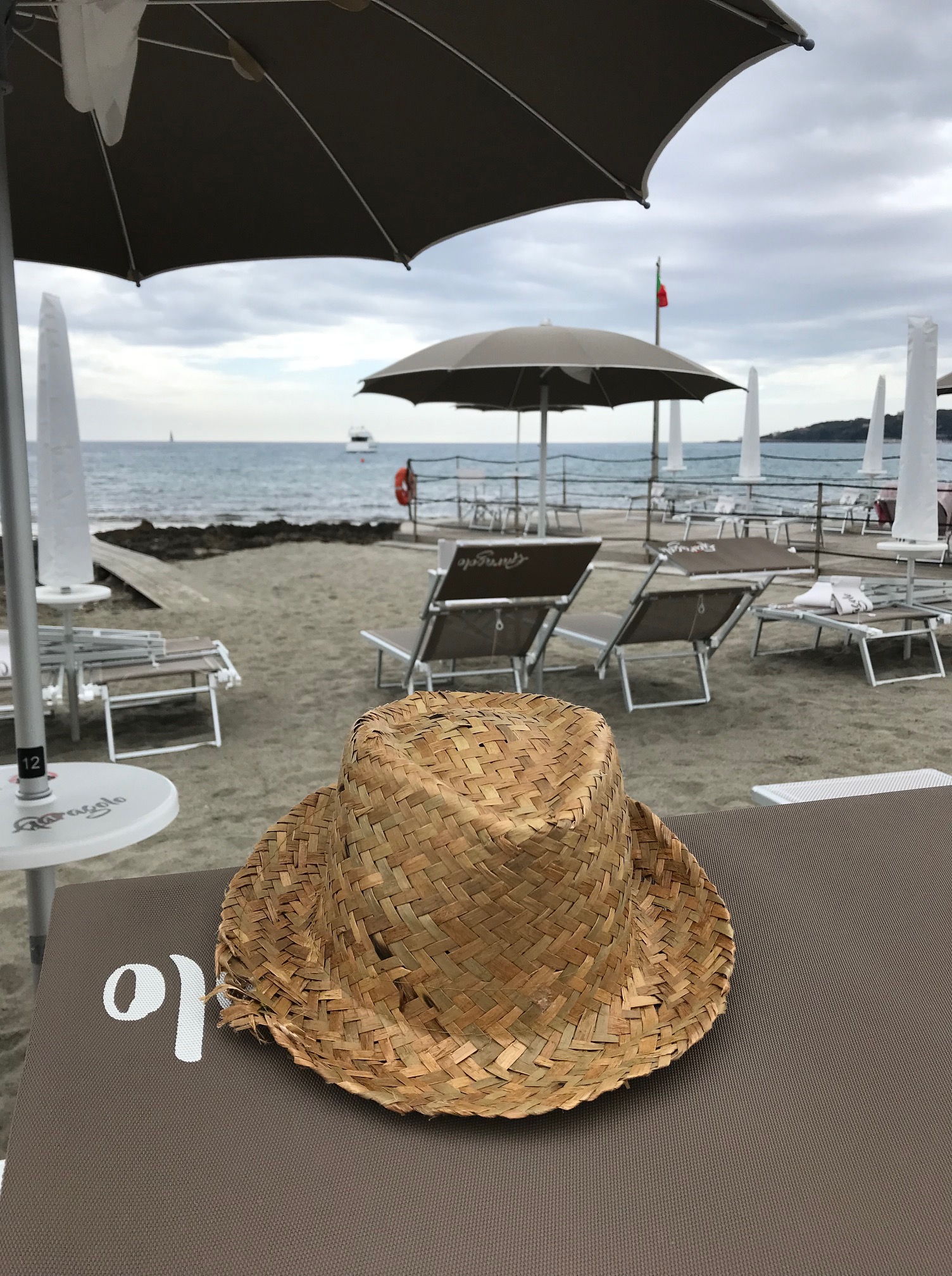 “Allora, ragazzi!” he begins. “It’s good to see you back at the bagno. When are the folks arriving?” You see, while Maurizio and his wife live by the coast for the summer, we’re weekenders at best. The freshly planted parasol, pair of matching sunbeds and second-row view of Castiglioncello’s Caletta cove are rented for the season by my in-laws. It’s a family affair. Over the years, my suoceri have summered further south in Marina di Bibbona and just north at Antignano, but this elegant yet humble seaside resort was also frequented by my husband’s maternal grandparents. It’s not hard to see why: the three kilometre-long promenade from the ultra-modern Cala de’ Medici marina to the rugged Punta Righini headland meanders beside jet-black reefs and up through a refreshing pinewood. Ultimate relaxation is achieved in a weekend alone. I can only imagine what four months would bring in terms of health benefits. What it won’t entail, however, is a quiet morning on the beach.

“I had Pfizer. My arm didn’t half hurt,” Maurizio proudly points to his tanned bicep. He’s in great shape for a man in his seventies, resplendent in stylish trunks in the early summer sun. We nod sympathetically. I know where this is going. My other half loves some bagno conversation. “We both had Pfizer too,” gushes Giovanni, getting into his beach chat groove. “I drive ambulances as a volunteer, so I’m fully vaccinated already. My wife just had her first dose on Tuesday.” I acquiesce, realising that a peaceful morning spent reading beneath the brolly is going to prove impossible. Again. “I got in using the Last Minute function on the website. Subito the next morning.”

Chairs are being pulled around on the deck and flip flops are scuffling. The card-players are gathering and one member of this exclusive circle is missing. “Maurizio, we’re waiting for you. Vieni o no?” calls a glamorous lady, who must be our summer pal’s wife. She reminds me of Giulia, my childhood neighbour from Milan, whose glimmering copper swimsuit would appear on that rare occasion when the sun broke through the clouds in rural England. “Just a sec! What do you think about Rino then?” Cue inward groans. Critical analysis of Fiorentina football team is one of my amore’s preferred topics of conversation. Back and forth they go, discussing possible changes in the squad, Gattuso’s spell at Napoli, the perpetual indecision about the new stadium and Joe Barone’s ability to speak proper Tuscan. 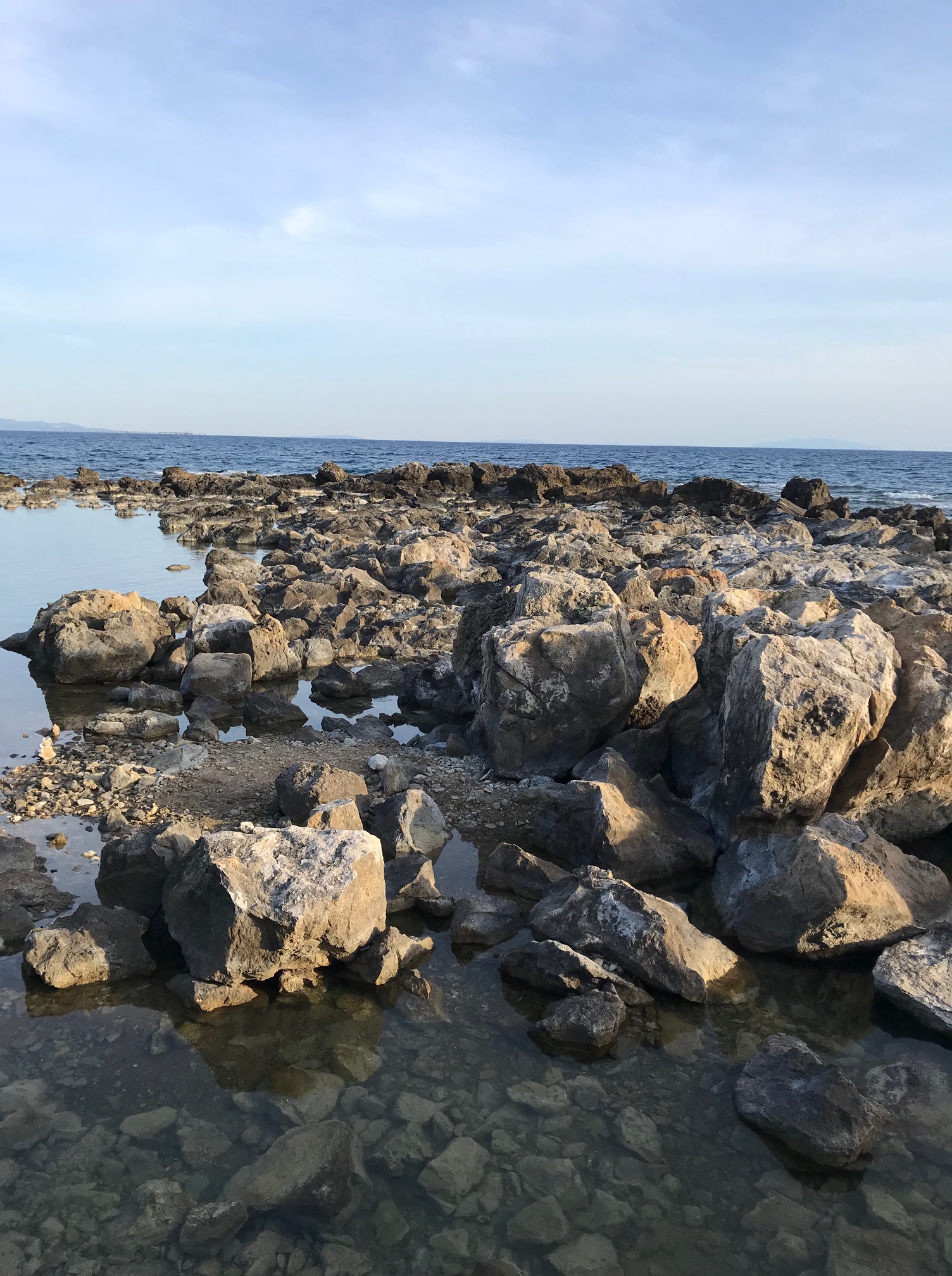 I set down my book and observe what’s what in the bagno community. Bathing establishment manager Alex, from Bergamo, is patriotically hoisting the Italian tricolore on a flagpole. A couple of kids gleefully run to the water’s edge, buckets in hand, while a long-standing client is berating a woman who’s sat down on a sun lounger for a moment’s reprieve from the slippery shoals on the public beach: “You’re not part of this bagno. Imagine if we all behaved like you!” Not everyone’s happy then.

As bagno life unfurls for the day and the men turn their talk to the devastating fire at Bagno Gilda further up the coast in Forte dei Marmi, I remove my sunglasses and marvel at the purity of the light. Surfers are riding their boards in the bay, the silver waves crested with candid foam. A pristine sailboat charts its course into the open sea, the stark portside dazzling from a distance, and the morning shimmer kisses the bare skin of bathers young and old, taut and saggy. Castiglioncello is renowned for this natural spectrum that inspired the Macchiaioli painters in the 19th century, akin to the French Impressionist style. Giovanni Fattori famously depicted the prostitute-turned-partner of his Castiglioncello host, Diego Martelli, relaxing in the pinewood, while Telemaco Signorini captured the golden light intensely shining on the town’s rural pastures. Still today, along the promenade, artists set up their canvases and seek to emulate their creative predecessors, all the while exchanging the gossip du jour and, yes, discussing which vaccines they’ve had.

Maurizio’s wife is approaching, she’s had enough (actually she had Moderna) and the Briscola can wait no longer. “I’m going to steal him away from you youngsters. Dai, andiamo!”  He grins, she laughs, and we ready ourselves for a dip in the translucent Tyrrhenian. It’s just another day at the bagno, a community of characters and the pinnacle of la dolce vita. Why go anywhere else in the world?