Six hundred-plus women all over the world are connected by their shared love for the Latin language and invested in their goal “to close the gendered gap in Latinitas”. Established by Skye Shirley in 2019, the women’s Latin reading group Lupercal is testament to the founder’s passion for driving studies of the language forward. Having started out in Skye’s attic apartment in Boston, the group now meets in ten cities in the US and in six countries around the globe. Online meetings mean it reaches even farther afield, attracting Latin teachers, students, archivists, historians and all those looking to deepen their knowledge of the language and its history. With two meetings set to take place this summer in Florence, The Florentine chatted with Skye Shirley to find out more. 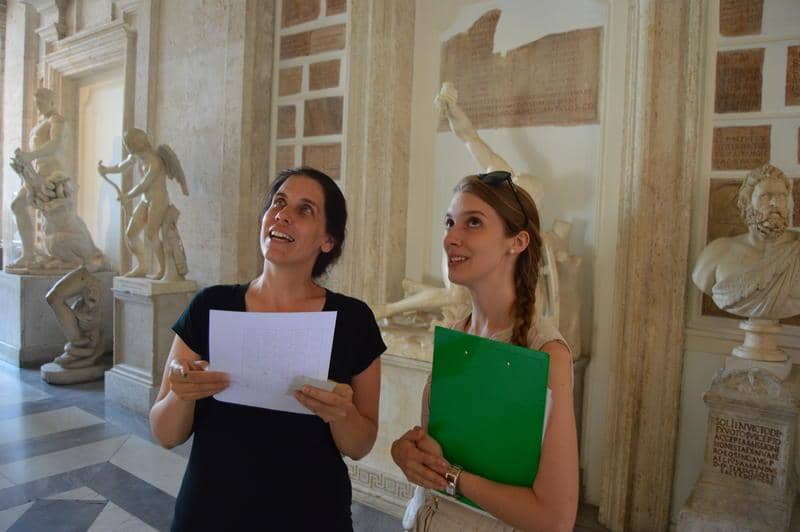 Founder of Lupercal, Skye Shirley, on the right

Jane Farrell: How did the group come about?

Skye Shirley: I chose Latin in high school and I had an amazing Latin teacher in Massachusetts, Dr. Michael Fiveash. He had so much passion and spark. He taught us that we can’t just see Latin as this subject that you study because it’s worthy in and of itself, but instead we have to see it as something that shows us how we live in the world today. He mentioned this text to me, Malleus Maleficarum, or Hammer of Witches by Heinrich Kramer, published in 1486, and I was so fascinated. It was probably one of the deadliest texts ever written as it led to hundreds if not thousands of witch trials and deaths. It was a manual on how to identify and punish these women, all written in Latin. That planted the seed for me. I realized that there’s this whole feminist history that’s written about in Latin. People say “study Latin to understand science, to understand law, to do well on the SATs”, but I didn’t hear anybody saying how much Latin and feminism had to say to each other, and so I decided to seek them out. We’re now recipients of institutional support by the Institute of Classical Studies in London, the University of Lille in France and the American Classical League.

JF: What can you tell us about the name of the group?

SS: The name has often raised eyebrows because Lupercalia is an Ancient Roman holiday in which men whip women for fertility reasons. Humour has an amazing rhetorical basis in feminist argument, so it’s a way to push away from that story. Lupercal is the name for the cave in which the she-wolf nurtures Romulus and Remus. It was turned into a holy meeting space in Rome, which was a tourist trap in antiquity. In the story of Romulus and Remus, these two boys are abandoned, and I feel like that is the state of women in Latin studies. Then there’s this strong and loving wolf that comes along and raises them, and they can only grow strong within a cave. They need to have a space that’s just for them to be able to grow strong. 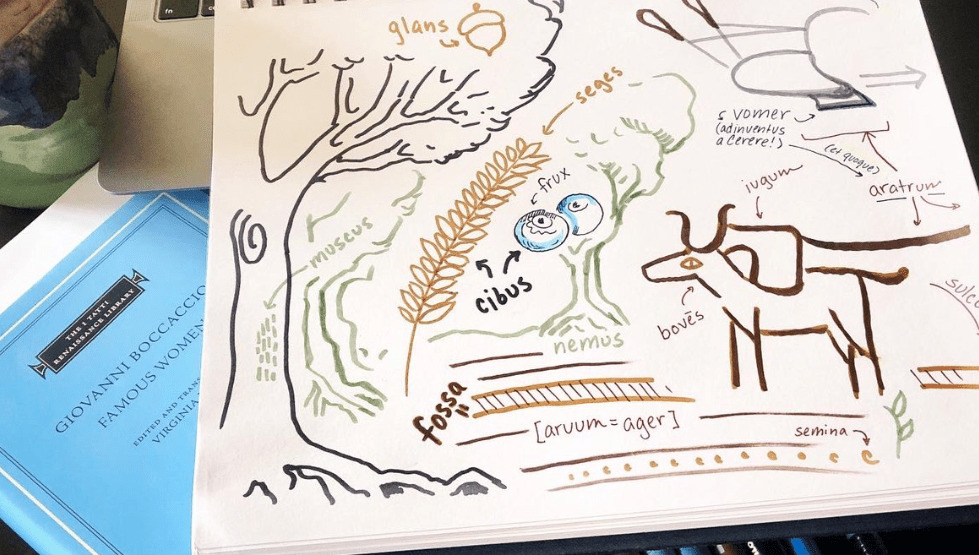 Latin vocabulary illustrations take learning to the next level

JF: Tell us about the upcoming meetings in Florence.

SS: In each meeting, we discuss one of the 106 biographies of women written by Giovanni Boccaccio, called De Mulieribus Claris (On Famous Women). We take one of those as a starting point, reading and discussing it in Latin, although the text we use features English on the opposing page for those in need. The name of the Florentine woman we’re discussing in July is Gualdrada (spelled Enguldrada by Boccaccio). Her story takes place in Florence’s Duomo and it’s about speaking up for sexual autonomy and consent in the face of sexual harassment. In August, we’ll read and discuss Polyxena (Boccaccio spells it Polysena), since her sculpture can be found in piazza della Signoria. For those unable to attend, we’ll also be continuing our online meetings. Lupercal’s strength is its diversity. Since this city draws tourists from around the world, you never know who will show up!

The group will meet at 5pm on July 25 at Brunelleschi Bistrot (piazza di San Giovanni 24R) and at 5pm on August 15 at Loggia dei Lanzi, next to the Polyxena statue. RSVP on the website or social media to ensure enough copies of the material will be available at the free sessions.