For five days between September 20 and 25, as part of Estate Fiorentina, several major Florentine cultural organisations will celebrate the 90th birthday of Sylvano Bussotti, one of the city’s most multitalented native sons, a composer and performer, artist, writer, actor, director, set and costume designer.

Born in Florence on October 1, 1931, Bussotti began studying music at an early age, beginning with the violin. Later, at the Luigi Cherubini Conservatory, he studied piano, harmony and counterpoint, but he failed to receive a diploma because World War II interrupted his studies. The relationship with his uncle, Tono Zancanaro, and brother, Renzo, both painters, would be decisive in the development of the artist he would become, as would his later meeting with the poet Aldo Braibanti.

He continued his self-taught studies of composition between 1949 and 1956. Bussotti partly attributed his love of music to the fact that his father had been an usher at the Comunale theatre in Florence. As a child, he was able to see almost every performance. From 1956 to 1958, he moved to Paris, where he took private classes and met avant-garde members of the resident intelligentsia, like composer and conductor Max Deutsch. In 1958, the Florentine’s music began to be performed in public, which led to concerts in Paris. This, in turn, resulted in important music publishing houses releasing his music.

In 1964-65, the Rockefeller Foundation invited the composer to Buffalo and New York, after he won three prizes from the Società Italiana Musica Contemporanea in 1961, 1963 and 1965.  A long list of other important awards followed throughout the coming years. In 1979, Ford Foundation hosted Bussotti in Berlin for a year. From 1965 onwards, a fundamental aspect of his work became the creation of musical theatre shows, culminating in 1984, when he set up BUSSOTTIOPERABALLET (B.O.B.), at Genazzano, in Lazio, where he still lives, which stages concerts, theatre performances, art shows and international festivals. Over the years, Bussotti’s career has encompassed artistic direction of Teatro La Fenice in Venice and the Puccini Festival in Torre del Lago. He has taught the history of musical theatre and composition at prestigious academies, including Fiesole’s Scuola di Musica, in addition to directing the music section at the Venice Biennale from 1987 until 1991. His music is performed all over the world and is often on the programmes of prestigious institutions, such as La Scala in Milan, Venice Biennale, Teatro Regio in Turin, the Verona Arena and Maggio Musicale Fiorentino. As a visual artist, his works have also been exhibited in many venues internationally. 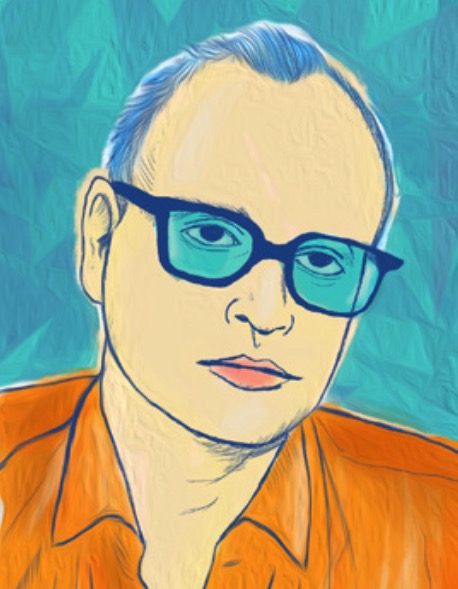 The Florentine birthday festivities in Bussotti’s honour will concentrate on three aspects of his activities: film and sound production, choreography, and the historical and artistic context in which he was active as a composer. The celebrations will begin on September 20, as part of the Fabbrica Europa arts festival, with Sylvano Bussotti: The Context, The Scenes, a conversation whereby Luca Scarlini will talk with some of the protagonists of the cultural scene of which Bussotti was a part. This highlight of his national, international and the multidisciplinary role as an artist will be enriched by the archival photographic images of some of his productions. As a director, his idea of the theatre is to integrate music, dance, singing, recitation and painting. This event will take place live at the PARC Performing Arts Research Center as well as on the social channels of the project partners.

On September 22, the Stensen cultural foundation will host an evening of screenings and performances as part of the Tempo Reale Festival since cinema plays a leading role within the totality of Bussotti’s works of art throughout his career. Together with the absolute avant-garde experiment, Rara Film (1965-69), the feature film Apology is a significant example. Made in Berlin in 1972, the music is by Sylvano Bussotti and a true rarity. The programme opens with the 5 Videogiornali della sestina musica 91, amusing video clips made in 1991 for the Venice Biennale, in which Bussotti interacts with emblematic celebrities of the Italian pop culture of the era, including Maurizio Costanzo, Patty Pravo, Moira Orfei and Moana Pozzi.

On September 23, the feature film Bussotti par lui même (1975), directed by Carlo Piccardi for Italian Swiss Television, in close collaboration with Bussotti, will be screened as part of the Florence Queer Festival at Cinema La Compagnia.

A double event will close celebrations on September 25. In the late afternoon, Renzo Cresti’s book Sylvano Bussotti e l’opera geniale (Maschietto Editore) will be presented at the Florence Opera House. It recounts the artist’s Florentine childhood, his meeting with cultural figures, like John Cage, Carmelo Bene, Umberto Eco and Pier Paolo Pasolini, and includes an unpublished work by Bussotti as well as a selection of his scores, which are works of art in themselves.

Finally, in the evening, Ermafrodito, a concert-choreography will be staged at the Marino Marini Museum, narrated by Luca Scarlini with music by Sylvano Bussotti (Ermafrodito Gran Fantasia mitologica per chitarra, 1997). One of today’s greatest guitarists, Alberto Mesirca, will play, while Luisa Cortesi dances. This event is free, but reservations are required.

In an interview, when Susanna Persichilli asked Bussotti about his special relationship with Florence, he answered, “Although I left Florence a long time ago, I continue to have a deep relationship with this city which is bigger than me.” As does the city with him. Happy Birthday, Maestro!