Black History Month Florence is breaking down temporal and spatial barriers with a newly opened physical space in via Santa Reparata.

Black History Month Florence is breaking down temporal and spatial barriers with a newly opened physical space in via Santa Reparata. September 9 marked the inauguration in the ground-floor studio of Santa Reparata International School of Art with its first in-house exhibition as The Recovery Plan. Initiated in 2019 as a nomadic pop-up project, the opening marks the grounding of BHMF’s work as a Black cultural center, hosting creative research connected to the cultural production relating to peoples and cultures of African descent. 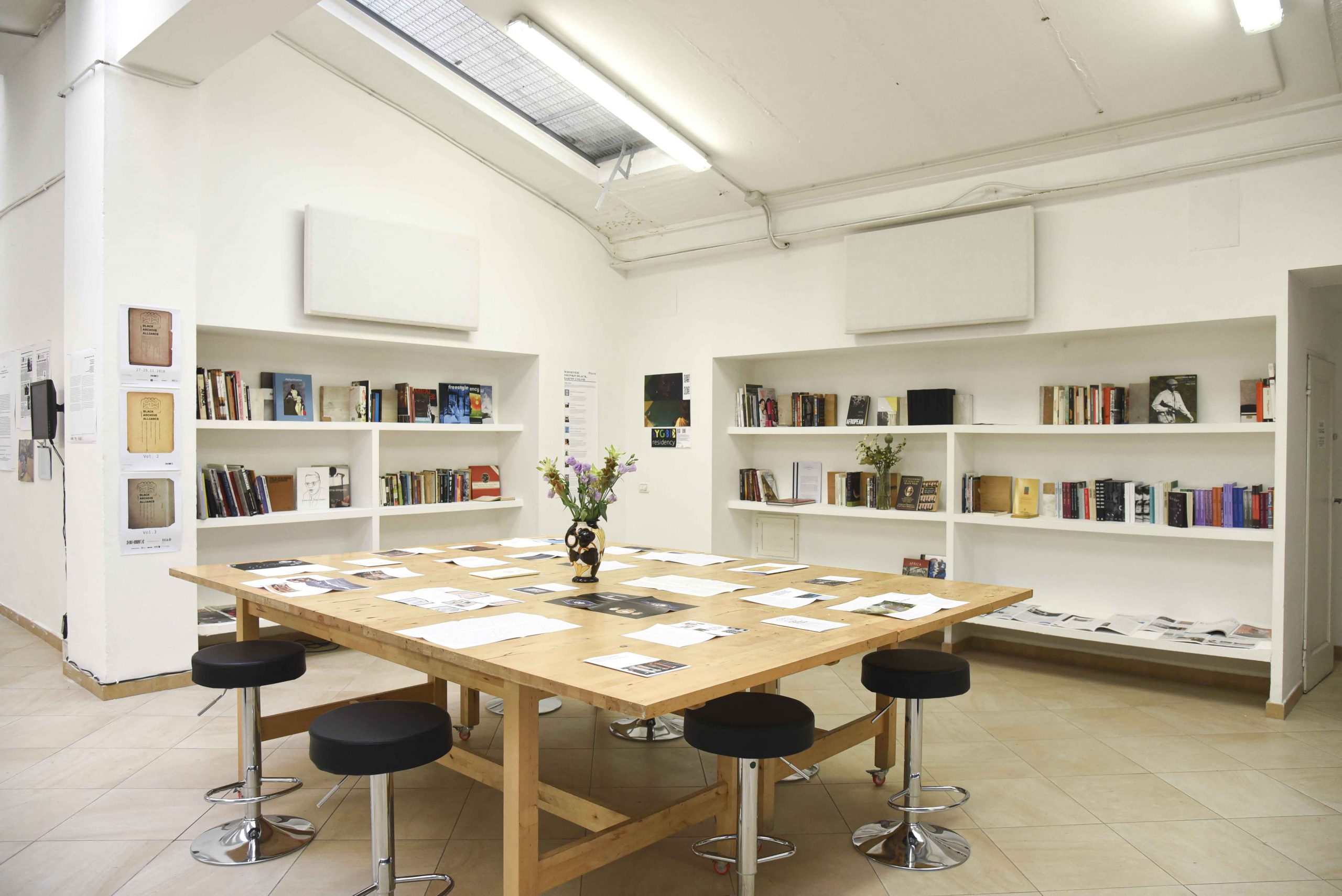 Glass flasks line one wall as part of the Fischi per Fiaschi workshop format and a wooden table is topped with documents from the catalogue of the Black Archive Alliance research platform. Central to the educational hub is the library. Shelves display books belonging to BHMF’s official library (some from the director and Angolan scholar Matias Mesquita’s own collections, plus a generous donation of an entire series from Berlin/Milan/Dakar-based publishing house Archive Books), while others are part of the platform called Library on Loan with books on temporary loan from rarely accessible home libraries belonging to individuals, such as Tuscany-based Senegalese activist Pape Diaw, whose collection focuses on the political history of African countries. There’s also a cycle dedicated to the IFAN Institut Fondamental d’Afrique Noire, which covers a broad spectrum of considerations and subjects across history. Much of the library resources are Black written, with volumes in Italian, French, Portuguese, Arabic and English. Past BHMF columns in The Florentine occupy an entire shelf alongside features in prestigious periodicals. 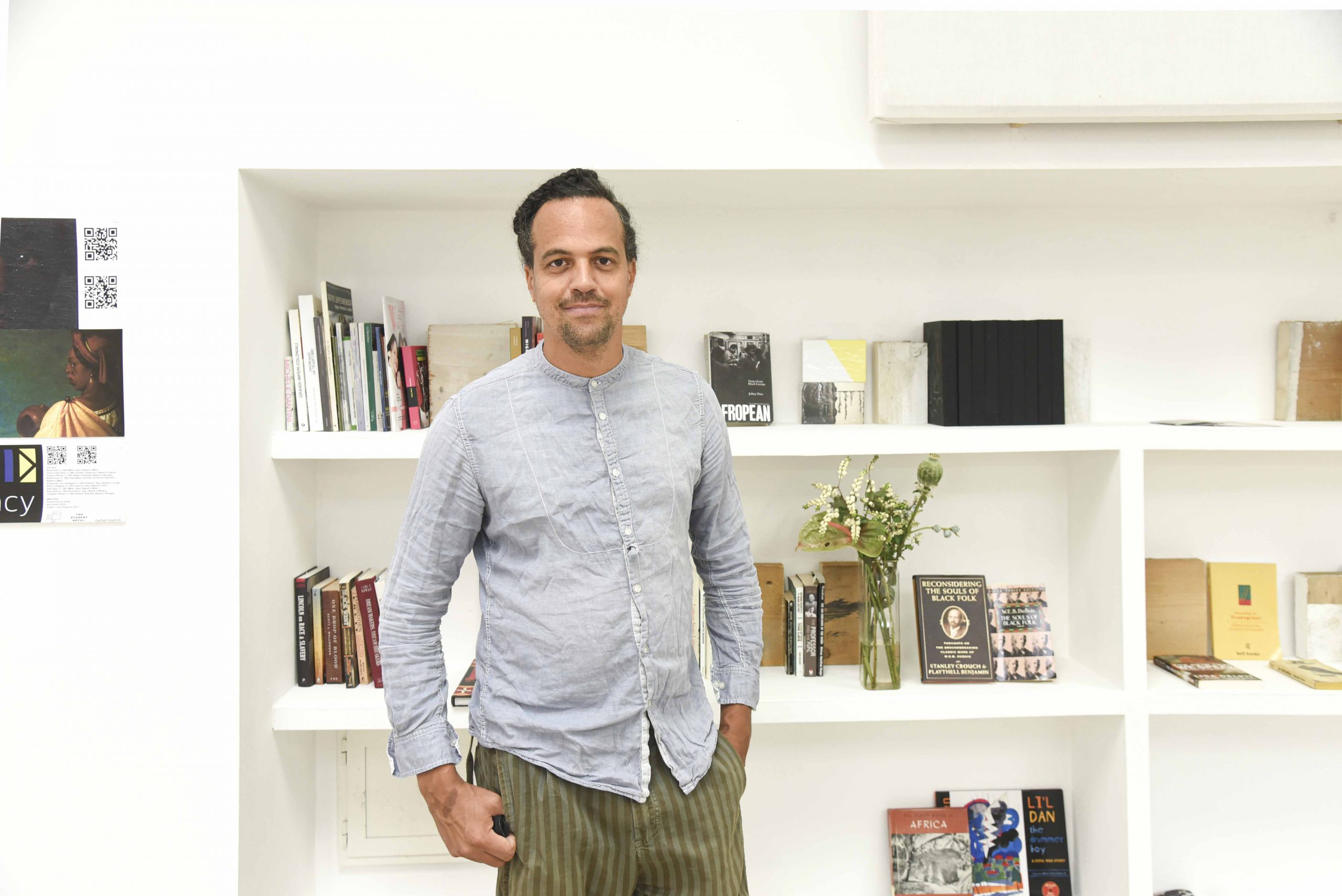 “We’ve worked with SRISA since the first edition of Black History Month Florence. We’d been seeking a space for so long and SRISA has always had multiple sites, so it seemed like a natural way to align our missions,” explains Justin Randolph Thompson, co-founder and director of BHMF, as he energetically shows us around the space. “In this moment, when a lot of schools are really struggling, as many cultural institutions are with Covid, we had an opportunity to build a cultural environment that’s alive and awake before students even come in. Our work is enriched by the presence of students—it’s dedicated to education—and they benefit from having all these activities around and meeting the wider community.” 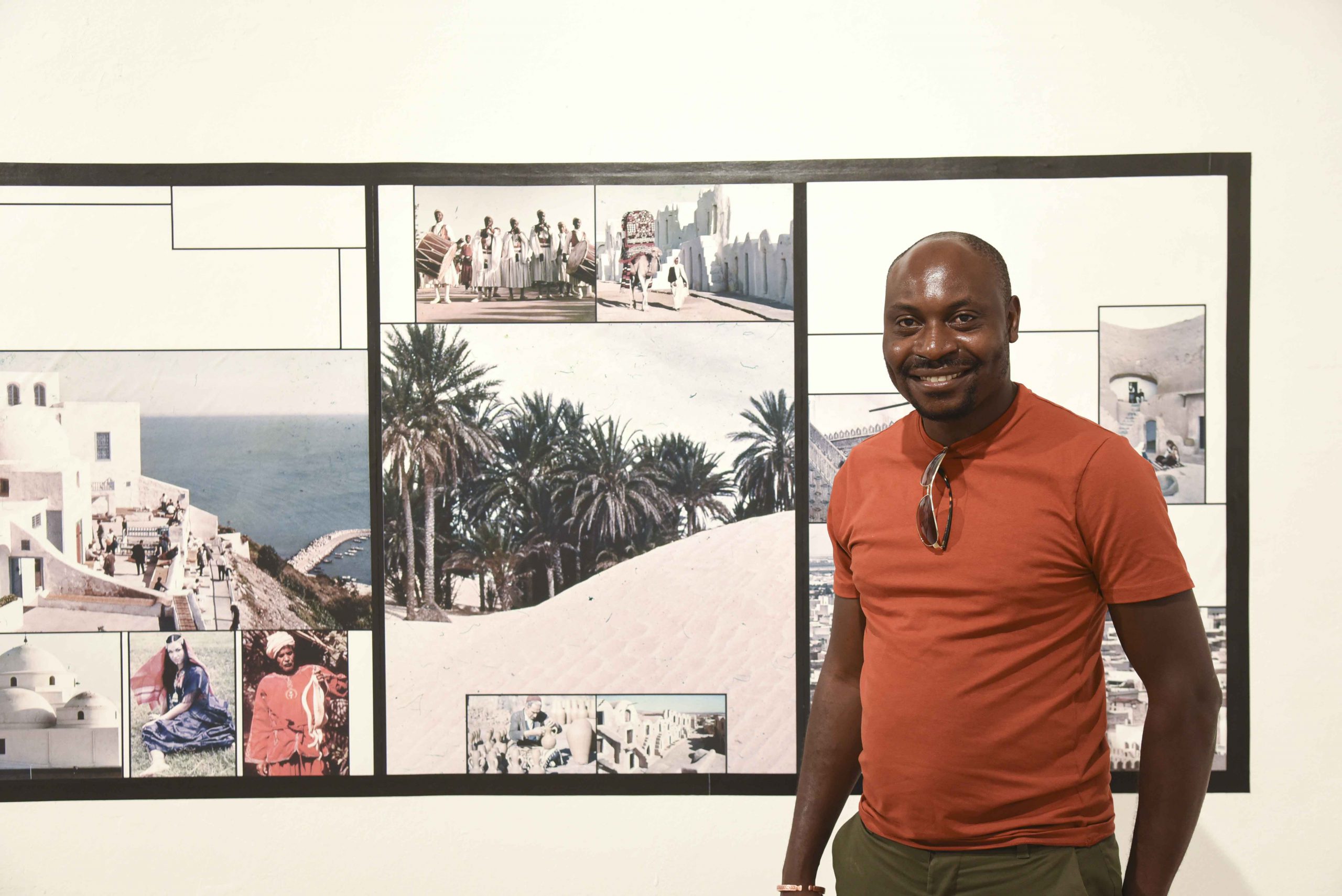 Georges Senga is the first artist to exhibit in the space. “As a photographer who doesn’t have a background in academia, it’s interesting to share this fantastic space with students from another continent, from the US. It means a lot and it’s given new vitality to my work,” remarks the artist. Comment un petit chasseur païen devient Prêtre Catholique (How a small pagan hunter became a Catholic priest), curated by Lucrezia Cippitelli, is a research project that the Democratic Republic of Congo-born and Maastricht-working artist initiated in the family archive of Salumu, a pagan hunter from Lubumbashi who became a Jesuit priest, collecting images and texts from his previous life in Congo, time in Europe and his subsequent return to Congo. With a Colbert Fellowship at Villa Medici, The French Academy in Rome, Senga worked with the archives of a congregation of priests connected to a history of missionary work in Africa. This exhibition combines the documentation collected over the last four years and aims to examine this individual story in the framework of the geopolitical transformations that shaped Africa and Europe before and after the process of decolonization. 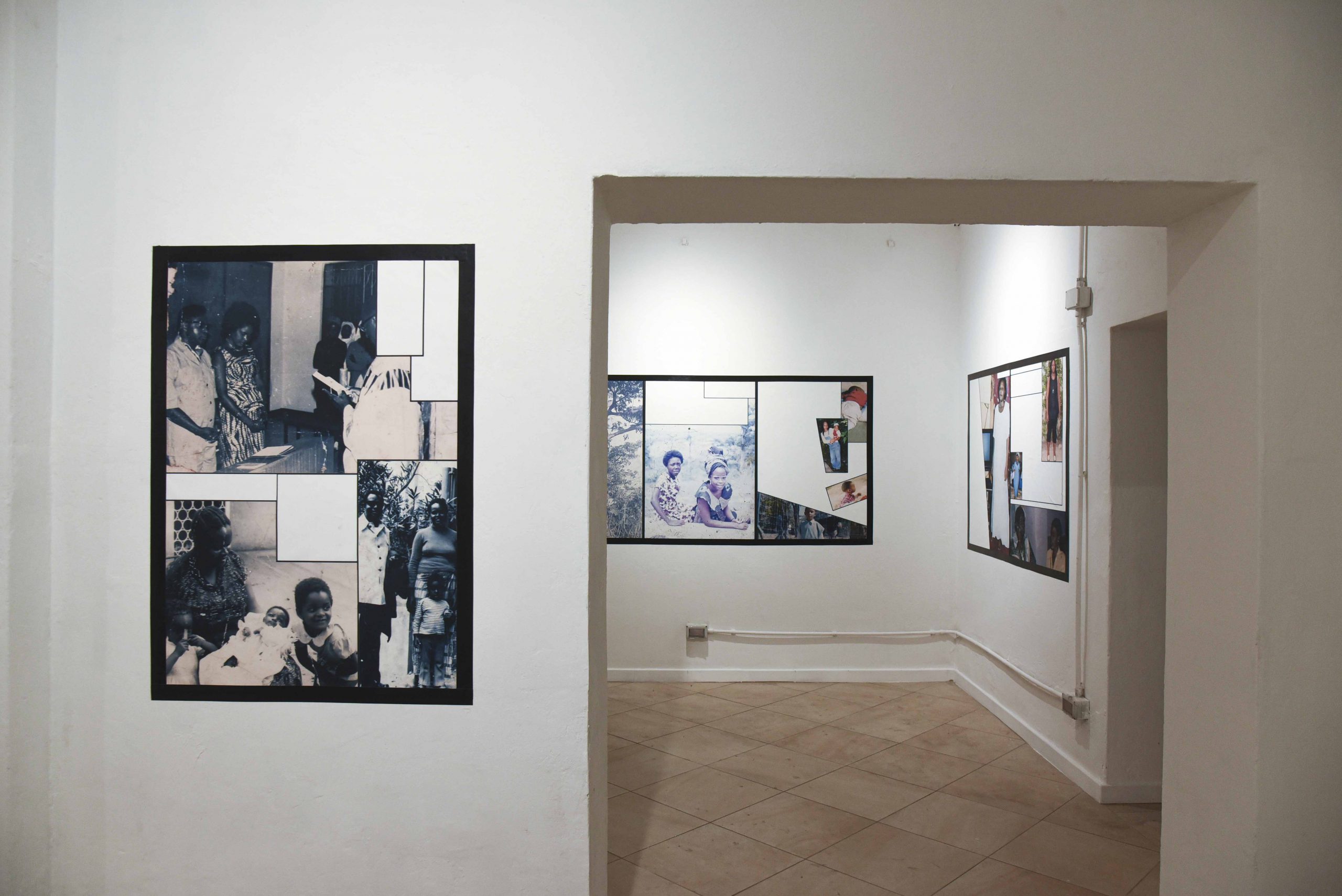 “The first time I presented these works, they were only on one wall and now I’ve divided them in several rooms,” elaborates Senga. “The space helped me to develop the idea of printing the photos like a comic book. I wanted people to welcome the work, so that they can create an idea for themselves. It’s not final, although it feels like it; I still need to finish the project by next April.”

The show runs until October 30 and is the first in the Di Palo in Frasca research-oriented exhibition series, which is designed to give space to artists of African descent currently taking part in international residencies across Italy.

The gallery is open daily and the archive and library can be accessed by appointment Monday-Thursday and is open Fridays 9-7pm and Saturdays 9-1pm.