Majestically positioned near the Arno River, the Franciscan church in borgo Ognissanti dates to 1251. In addition to 15th-century frescoes by Ghirlandaio, you’ll find the earthly resting places of Botticelli and his muse, Simonetta Vespucci. 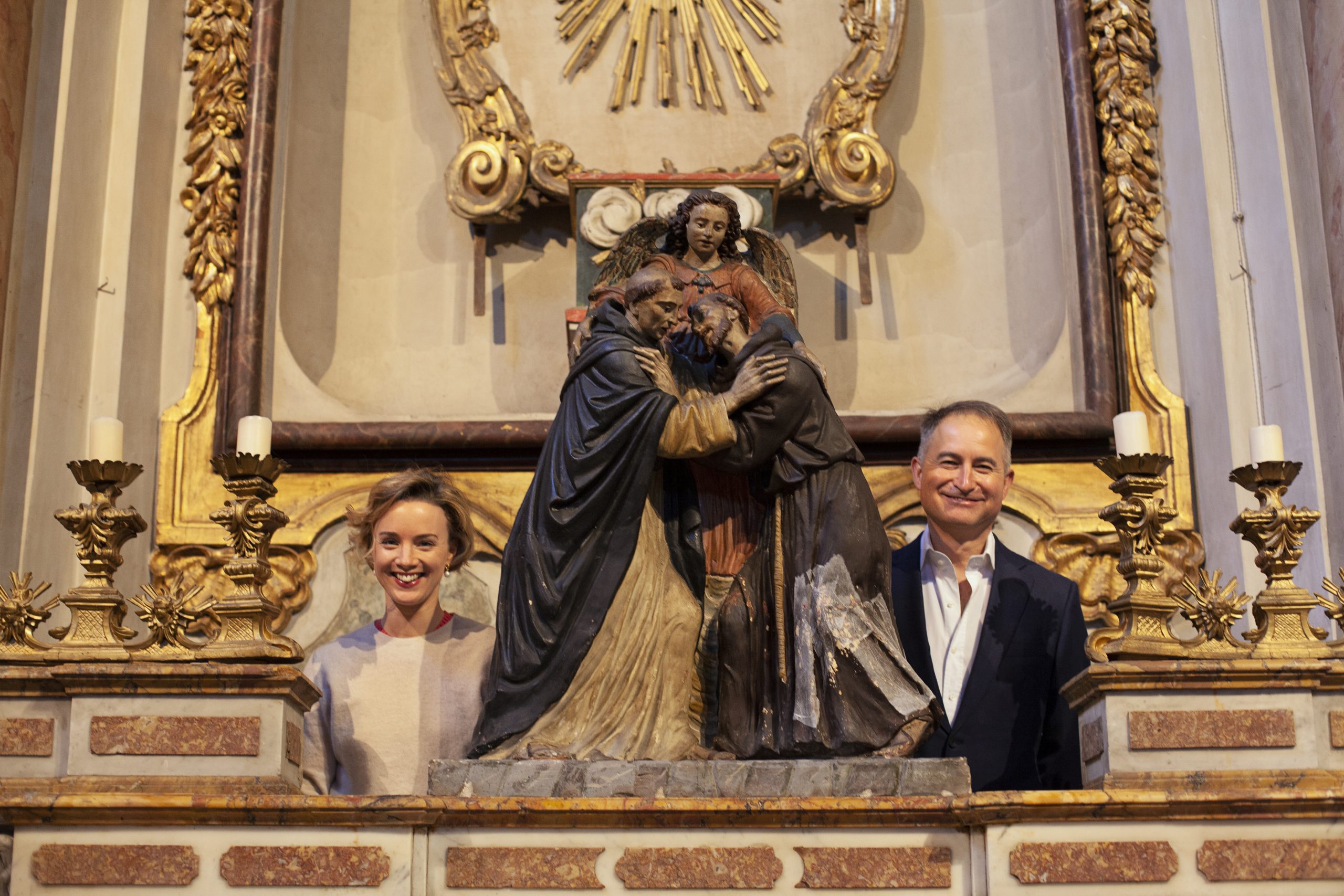 Florence and Christian Levett in the Alcantara Chapel at Ognissanti Church, Florence. Photo by Karl Varner

The San Salvatore di Ognissanti church is the site of three restoration projects and an upcoming benefit concert on October 22 to fund work that will uplift and enlighten the church’s extraordinary cultural heritage. Jane Adams and Roberta Lapucci, co-founders of Caravaggio & Contemporary, are behind the project’s development and outreach, in collaboration with Anita Evi Gonzalez. The restoration is being conducted by Roberta Lapucci under the direction of Maria Pia Zaccheddu (Superintendent for Architectural, Landscape, Historical and Artistic Heritage) and Fra Giuseppe Caro.

British residents Christian and Florence Levett made a generous donation to cover the restoration of the terracotta sculpture that shows the meeting of saints Francis and Dominic, embraced by an angel which is situated in the Alcantara Chapel. They have also supported the new lighting system for the church.

The restoration is also significant, given that this year marks the 800th anniversary of the death of Saint Dominic. Dating to the mid-16th century, one leg was heavily damaged and poorly plastered, meaning its surface had to be remodeled and retouched. The angel formerly had a red robe to represent the flame of divine love, but, as Lapucci explains, “chemical testing revealed that it had been repainted with a pink shirt and blue sleeves in the 18th century, making the red robe irretrievable given how fragmented the paintwork had become”. Work was also carried out on the external architecture, which entailed a trench being dug around the outside of the chapel to allow air to circulate and dry out the interior. The masonry and surface wood with imitation marble and stucco gilding were restored, as well as the fresco on the left wall of the chapel, with much of the restoration undertaken by Fra Giuseppe Caro himself. The Madonna Guadalupe was relocated to the side wall and a sculpture of The Tree of Life was donated by Anita Evi Gonzalez, which is on display alongside the work. 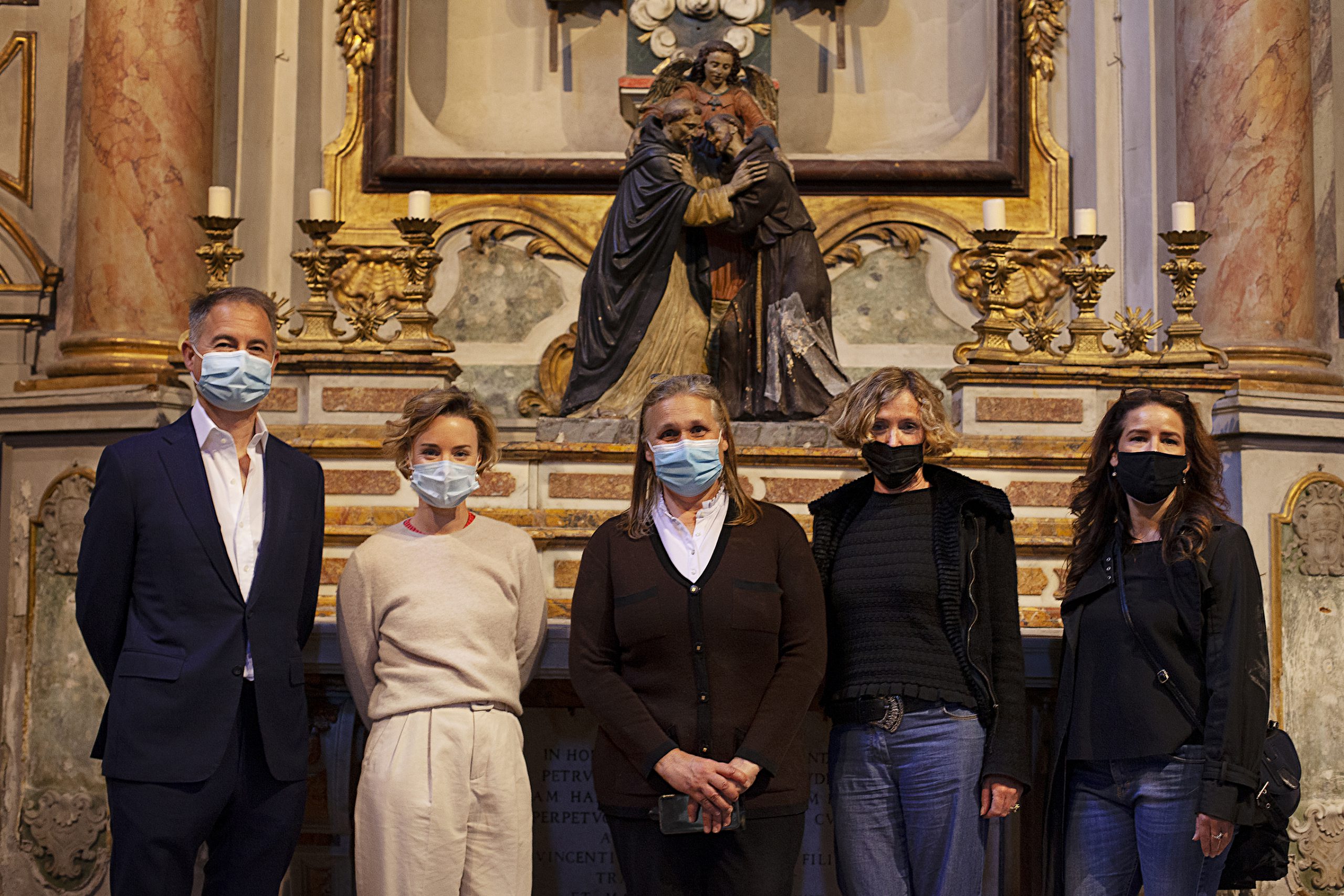 “Ognissanti is one of the oldest churches in Florence and is also the resting place of the muse for the Birth of Venus, one of the most famous paintings ever created,” remarks Christian Levett. “In historical terms then, the work is not only of deep interest, but also necessary for the city in general.”

Additionally, a project is hoped to be carried out by students from the University of Texas, Rio Grande Valley, on six large canvases in the Duchi d’Alba chapel. “The chapel will be turned into a restoration site,” Lapucci elaborates. “The group of paintings from the mid to late 17th century have likely not been cleaned for over 100 years, and so the students will perform that work here on site, as well as undertaking structural work (tears and rips are present in the canvas supports) so that these works will be even more luminous and beautiful.” 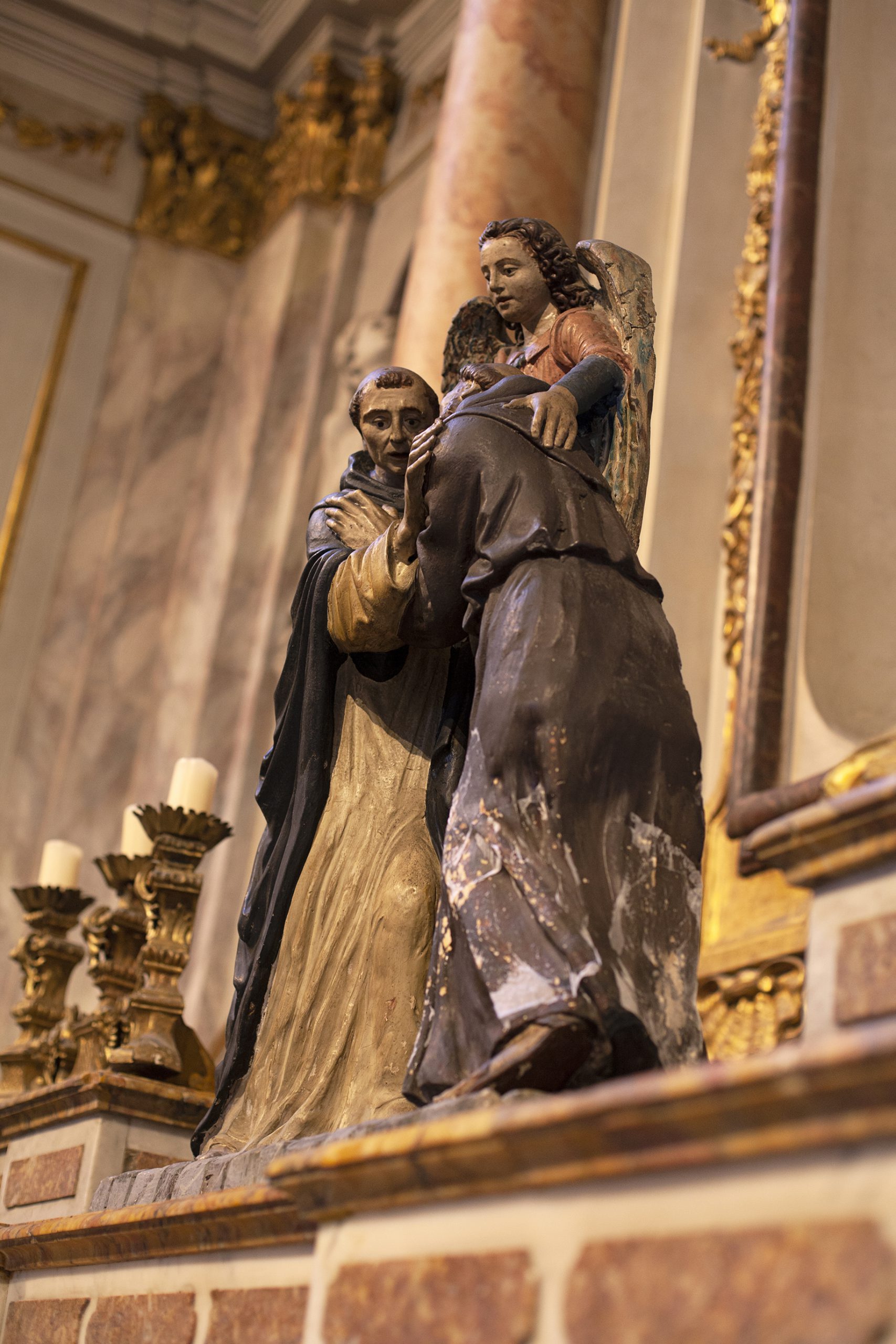 Terracotta sculpture: The Meeting of Saints Francis and Dominic

The benefit concert on October 22 will go towards funding the restoration of the oil on canvas, Saint Francis Receives the Stigmata. The proceedings will get underway at 6pm with a presentation of the restored terracotta sculpture (in Italian) before soprano Sophie Gallagher delights with her performance. The Royal College of Music London graduate debuted with ‘Albert Herring’ at Maggio Musicale Fiorentino and has given a solo recital at The Queen’s Gallery, Buckingham Palace. She will be joined by countertenor Tom Scott-Cowell, also a graduate of the Royal College of Music London, and accompanying organist Sándor Károlyi. The concert programme features Gounod’s ‘Sanctus’, Pergolesi’s ‘Sancta Mater’, Mozart’s ‘Laudamus Te’ and Dvořák’s biblical songs ‘Gott erhöre mein Gebet’ and ‘Herr! Nun sing’ ich Dir ein neues Lied’. After the last notes ring out, the audience will be invited to view the Alcantara Chapel to see the newly restored sculpture, followed by an aperitivo in the courtyard. Reservation required by emailing jane@caravaggioandcontemporary.com. A generous donation is kindly requested, with all monies raised going towards the restoration.