Now they’re queuing around the block in Times Square for a taste of Florentine focaccia as All’Antico Vinaio opens in New York City.

On October 23, the same distinctive red signage as in via dei Neri made an impact on the metropolis’s busiest square. The move follows a pop-up of “Italy’s most famous sandwiches” held at Otto in Greenwich Village for a month over the summer of 2019. At the time, Eater Magazine reported that “people waited hours for sandwiches at a pop-up from Italy.” 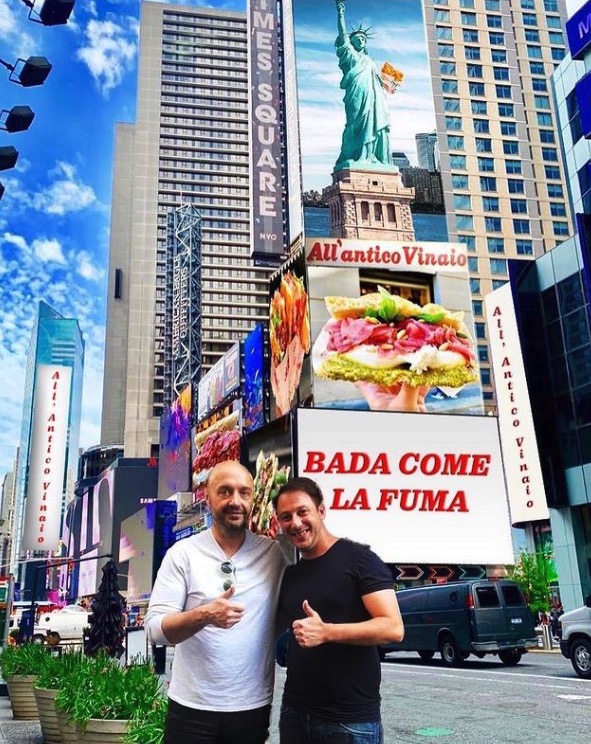 The venture came about through the friendship between young entrepreneur and owner of Florence’s most popular sandwich bar, Tommaso Mazzanti, and Italian-American restaurateur, Joe Bastianich.

“We didn’t have anything open in New York, but during the pop-up held at Joe Bastianich’s place for a month in 2019, we came up with plans to take L’Antico Vinaio to New York,” explains Mazzanti. In an Instagram post, about the opening, the young businessman exclaimed: “There’s even a line in New York. Mamma mia, it feels like a dream!”