Florentine exile and the tyranny of distance

Do I need that black cardigan? I thought, pulling the heavy door shut. Then I thought, No, I’ll be back in four weeks. I can do without it. What I didn’t know in that moment was that I was closing the door forever on my life of 21 years as a Florentine. Or that’s what it feels like now.

Inside the 800-year-old house in via dei Cerchi, metres from the home of Dante, paces from the home of government in Palazzo Vecchio, the wardrobe is still filled with the Christmas presents I decided not to pack to take home to Sydney, as I would have more space on my next journey. Christmas 2019. They are still there, but I am not.

In the darkened rooms, with their 16-foot ceilings and metre-thick stone walls, lie the gifts we unwrapped to squeals of delight from children and grandchildren on the morning of the family Christmas in our Florentine home together. But there also lie the ghosts of the past: the italianità that has formed my sense of self for nearly half my life. What am I if I’m no longer the person who thought and dreamt, and read and wrote in Italian, flitting between the two countries like a commuter between bus stops? For more than 30 years, my life was a seamless existence bounded by the Italian peninsula and the Great Southern Land. I moved between the two as water flows.

When I heard the click of that door at the end of January 2020, my flight back on March 4 was booked and the plans for the research I would be doing for my current novel on Lorenzo de Medici and his clash with the fundamentalist friar Savonarola already formed an orderly list in my notebook. Then the world imploded. 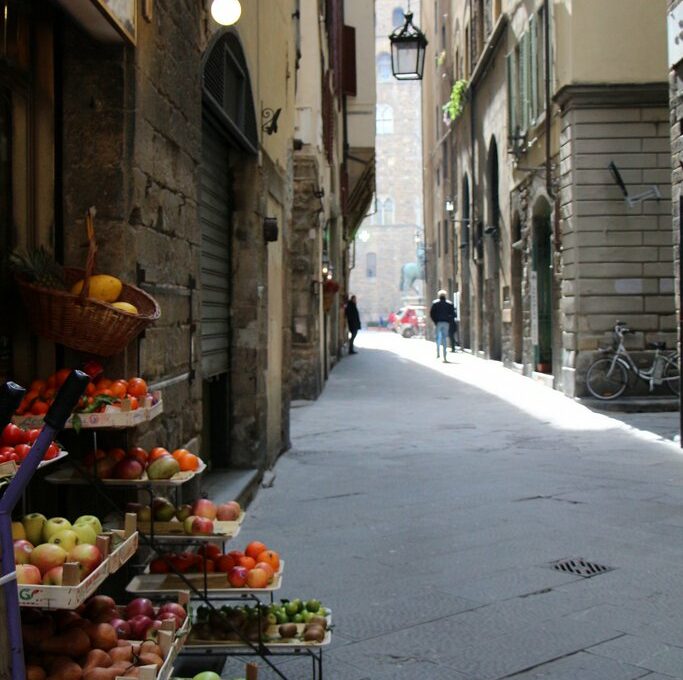 As I did years earlier, for the work on my last novel, The Sweet Hills of Florence, about the partisans and the civil war in Florence during WWII, I should be walking every stone of the city I know by heart, in the footsteps of my characters. I should be spending my time in the great Laurentian library of San Lorenzo, with Michelangelo’s marvellous staircase; in the stunning Villa I Tatti, nestled into the olive groves at the base of the hills below Settignano; in the much less romantic Archivio di Stato, which houses the documents for the Archivio mediceo avanti il Principato: not the Grand Dukes, but the early Medici, who have been my companions for decades. I should also be visiting friends, drinking aperitivi and hearing the heels of my boots striking flint off the stones of Florence, the only sound on my way home late from a convivial dinner. The wonder of having Florence to myself after the day-trippers have gone.

Instead, I take my afternoon aperitivo beneath vast skies on the glittering shores of Sydney Harbour. Emerald City. It’s hardly penal servitude, certainly. But my heart aches for Italian life. I didn’t want to fall in love with Florence all those years ago; going there was purely a practical decision. But Florence has no patience with practical decisions.

I still think in Italian and work proceeds on the novel, thanks to a deep and intimate relationship with the old Medici and the wonders of online archives. But it is not the same as popping out to the Castello di Trebbio or Cafaggiolo for the atmosphere of the Quattrocento. I pine for my Italian self. Bramare: the word for yearning. Two years of enforced absence have cut away all certainties. My darkened home thinks I died. But I didn’t. And soon, very soon, I hope, I will return. But, I wonder, who will I be?

Jan Dickinson has lived and worked between Italy and Australia for more than 30 years. She has translated Italian books, articles and lectures, and written and published on Italian culture both in Italy and Australia. She was a founding co-editor of the international Italian academic journal, ConVivio: journal of ideas in Italian Studies. Her first novel, The Sweet Hills of Florence, on the Italian Civil War of 1943-45, was published in 2018. She is working on her forthcoming novel, Magnifico: The Bonfires, on the early Medici.