EXHIBITION/ Monte Verità: Back to Nature

Breathe in utopia and dream of a different world. At the dawn of the 20th century, the colony at Monte Verità settled among the lush forests and gentle hills overlooking Lake Maggiore and were pioneers of organic and eco-friendly living, vegetarianism, and natural body care. Museo Novecento collaborates with the Monte Verità Foundation to present the exhibition dedicated to this famous hill of utopia and the illustrious guests who passed through that included the likes of the anarchist Bakunin, Dadaist Hugo Ball, dancers Isadora Duncan and Charlotte Bara, writer Hermann Hesse, Bauhaus architect Walter Groprius, artist Paul Klee, and psychiatrist Carl Gustav Jung. The exhibition is curated by Sergio Risaliti with Nicoletta Mongini and Chiara Gatti. Among the works on display is the “vegetarian chair” made from intertwined branches and the original leather and cardboard suitcase of the founders who came from the north. 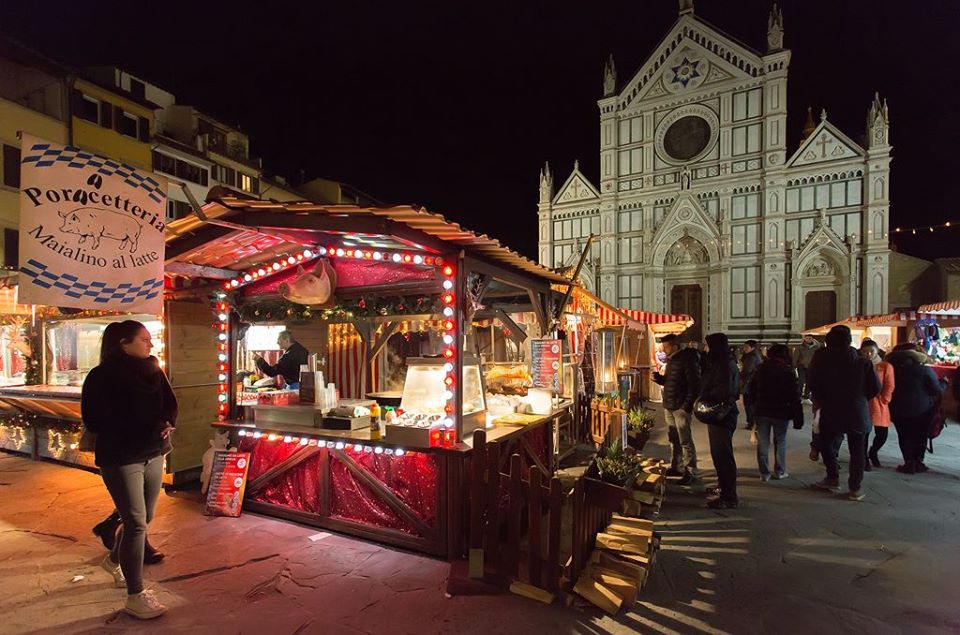 A sure sign of the festive season’s arrival is the traditional market that pops up in Santa Croce each year. Filled with food stalls and festive accoutrement, it’s an annual occasion to sip mulled wine in the magnificent piazza and savour the treats on offer while also picking up a gift or two. 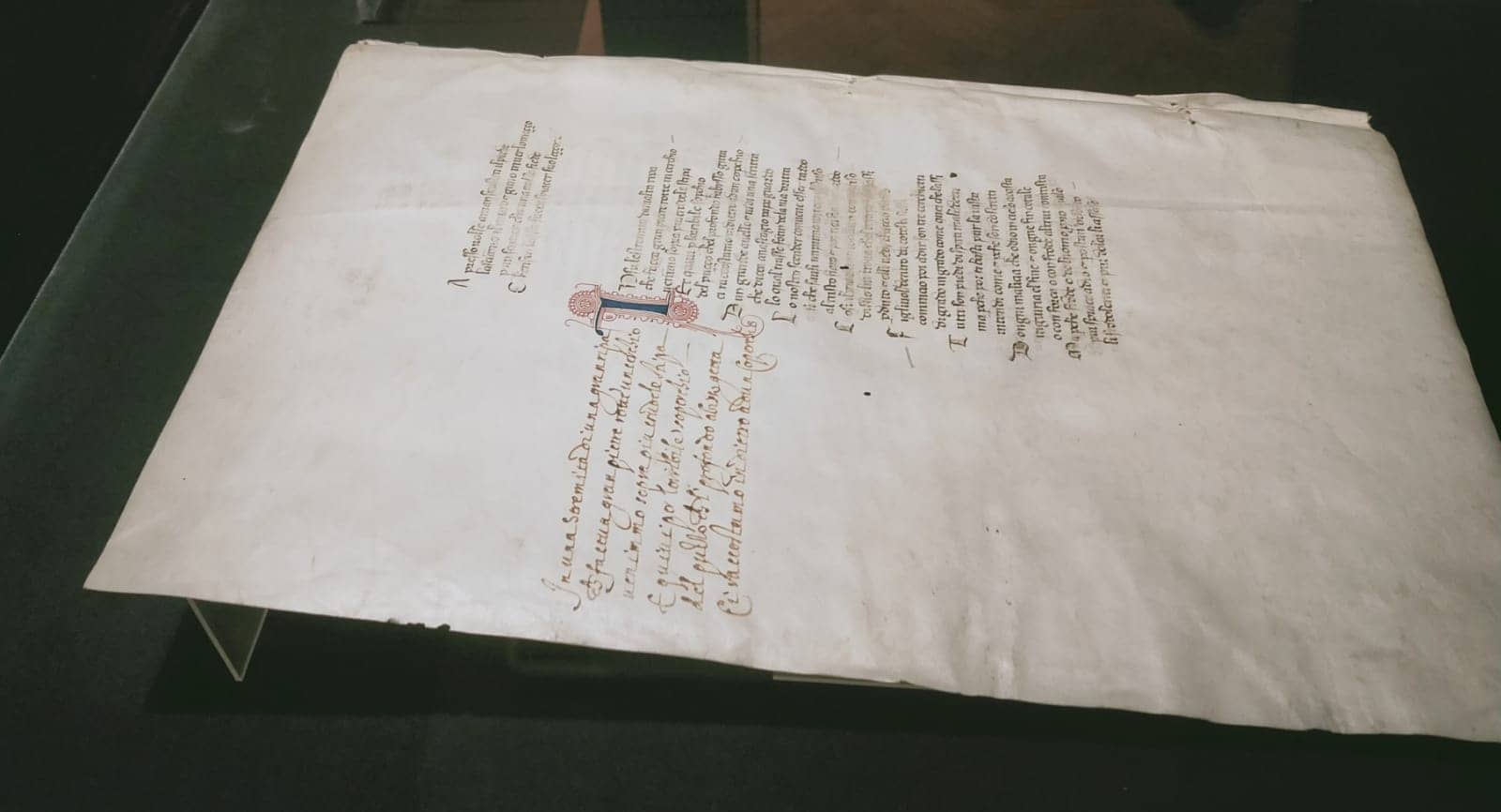 Nine parchments with verses from Dante’s Comedy will be exhibited at the fascinating Istituto degli Innocenti, in an exhibition dedicated to the handwritten pages that date to the 14th-century. The precious fragments were preserved in the historical archive of the Istituto and have never before been exhibited to the public. The pages were discovered among 16th century accounting registers belonging to the Violi family that had been kept in the archives. While in the museum, don’t miss a visit to the rooms displaying works by Jenny Saville. 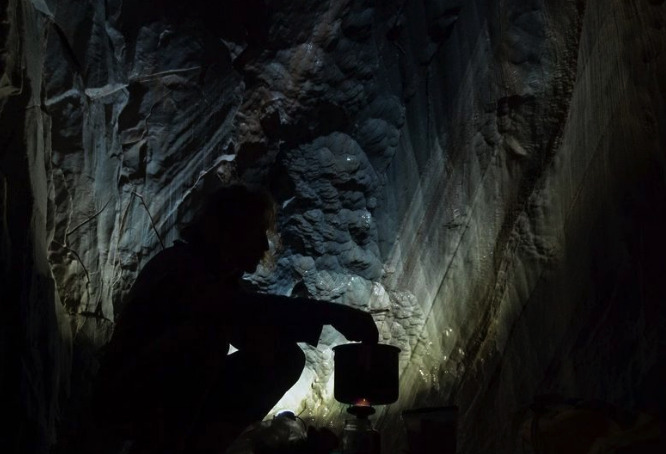 The international documentary festival makes its 62nd appearance on the city’s cultural calendar, with the Soviet Union getting a particular focus this edition with a range of archival documentaries looking at the 30 years since the dissolution of the bloc. As always, a fascinating range of documentaries from Italy and elsewhere makes up the programme in the festival that’s one of the oldest of its kind. A retrospective titled ‘Burning Borders’ looks at Nicolas Klotz and Elisabeth Perceval, who will be in Florence to present the films and participate in round tables and workshops. 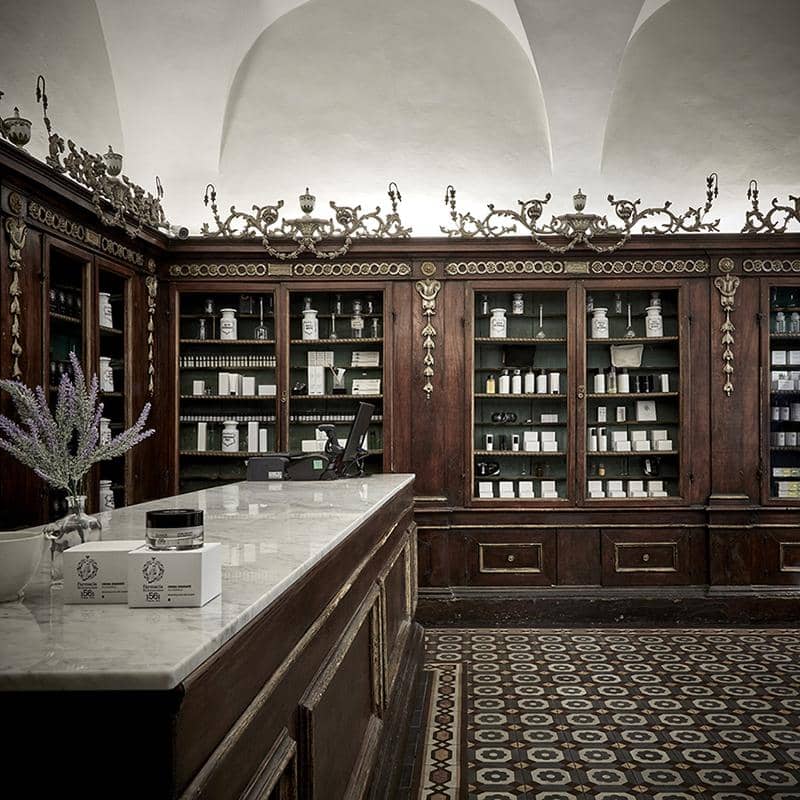 Interior of the Farmacia Santissima Annunziata

The 460 exhibition is dedicated to the 460 year history of the Farmacia Santissima Annunziata. Works will be on display at the La Fonderia Art Gallery from November 19 in an artistic journey through the years of the historic Florentine perfume house. 9 different periods in the pharmacy’s past have been interpreted by as many contemporary artists, taking us through to the present day with the launch of the anniversary fragrance. 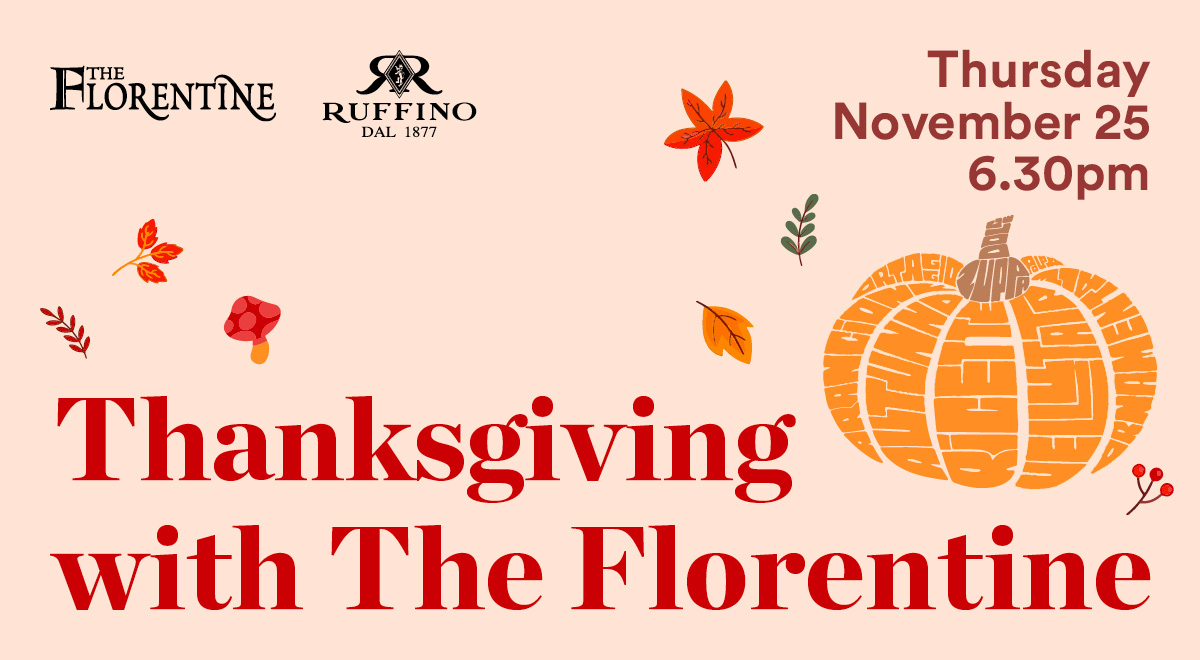 Florence and Tuscany cater to their international community with plenty of pickings to celebrate November 25. Find our round-up of some of the top spots for turkey to ensure you can embrace the festivities in Florence here. At 6.30pm on November 25, join us at Ruffino’s Poggio Casciano wine estate (via Poggio al Mandorlo 1, Bagno a Ripoli) to celebrate the occasion while nestled in the Tuscan hills just 20 minutes from Florence. Book your place for 38 euro per person, and dine on traditional stuffed turkey and American classics with a Tuscan twist. Get a headstart on Black Friday with special discounts on all Ruffino wines and gift boxes. Make the most of the holiday with an exclusive overnight stay: 180 euro includes Thanksgiving dinner and a night in a double room for two. Email: letrerane@ruffino.it, T: +39 378 3050220.

Read our other Thanksgiving suggestions here.