Christmas kicks off in Florence with official Palazzo Vecchio concert

Yesterday, the Mayor of Florence opened up the Salone dei Cinquecento for the return of the Christmas concert, albeit held at a reduced capacity. 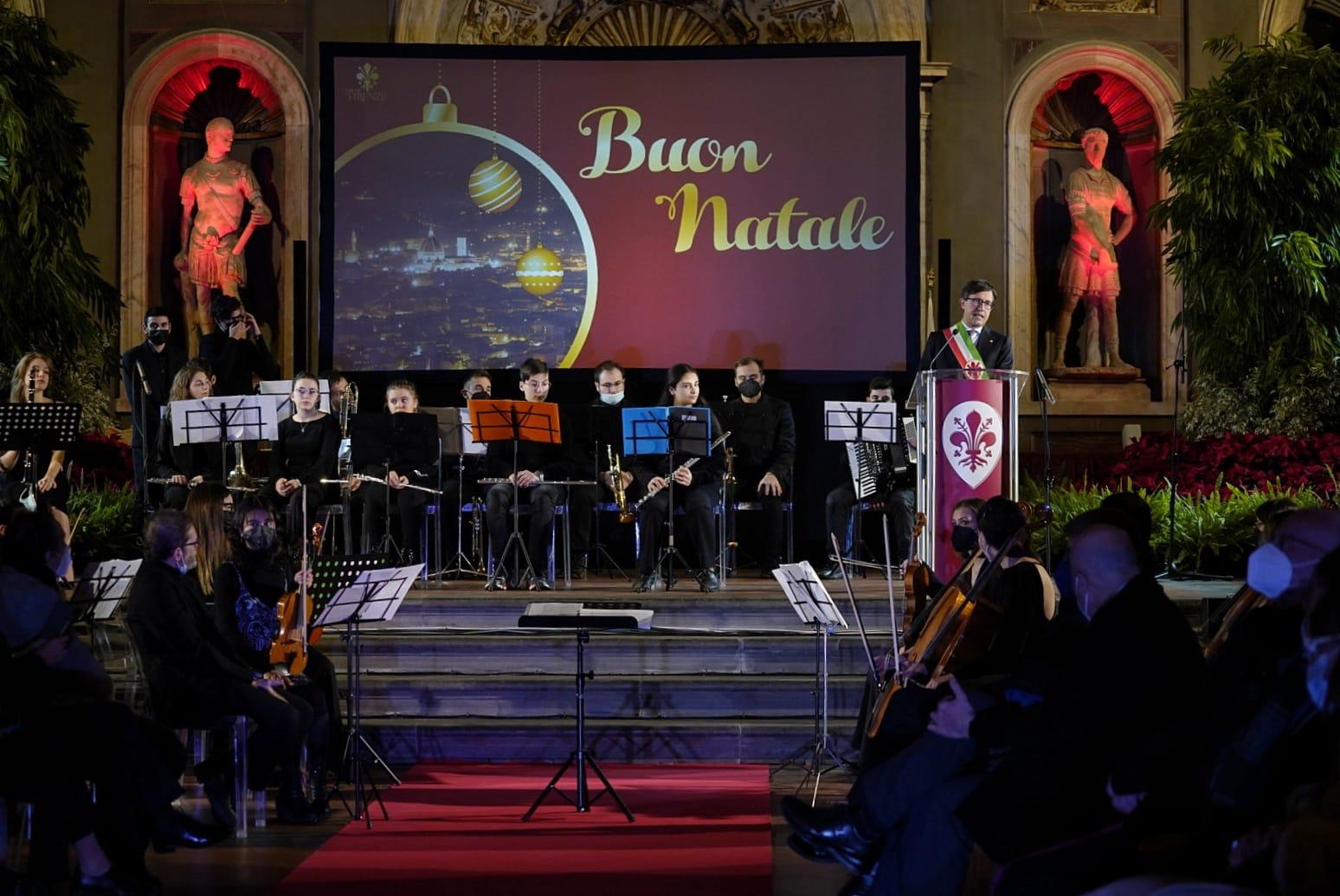 The ReMuTo regional youth orchestra played famous and original pieces to an entranced audience, including a new composition by Benson Taylor, the British musician behind the Orange is The New Black soundtrack, who lives in the province of Pisa. His Travelling Home for Christmas tune included a violin solo by Mayor Dario Nardella.

“I just saw him rehearse and he’s a very good violin player,” commented the composer before the concert began. “This piece is very Hollywood, very British, and a little bit Italian. It’s really special to be a part of a celebration in this building where the Medici once ruled.” 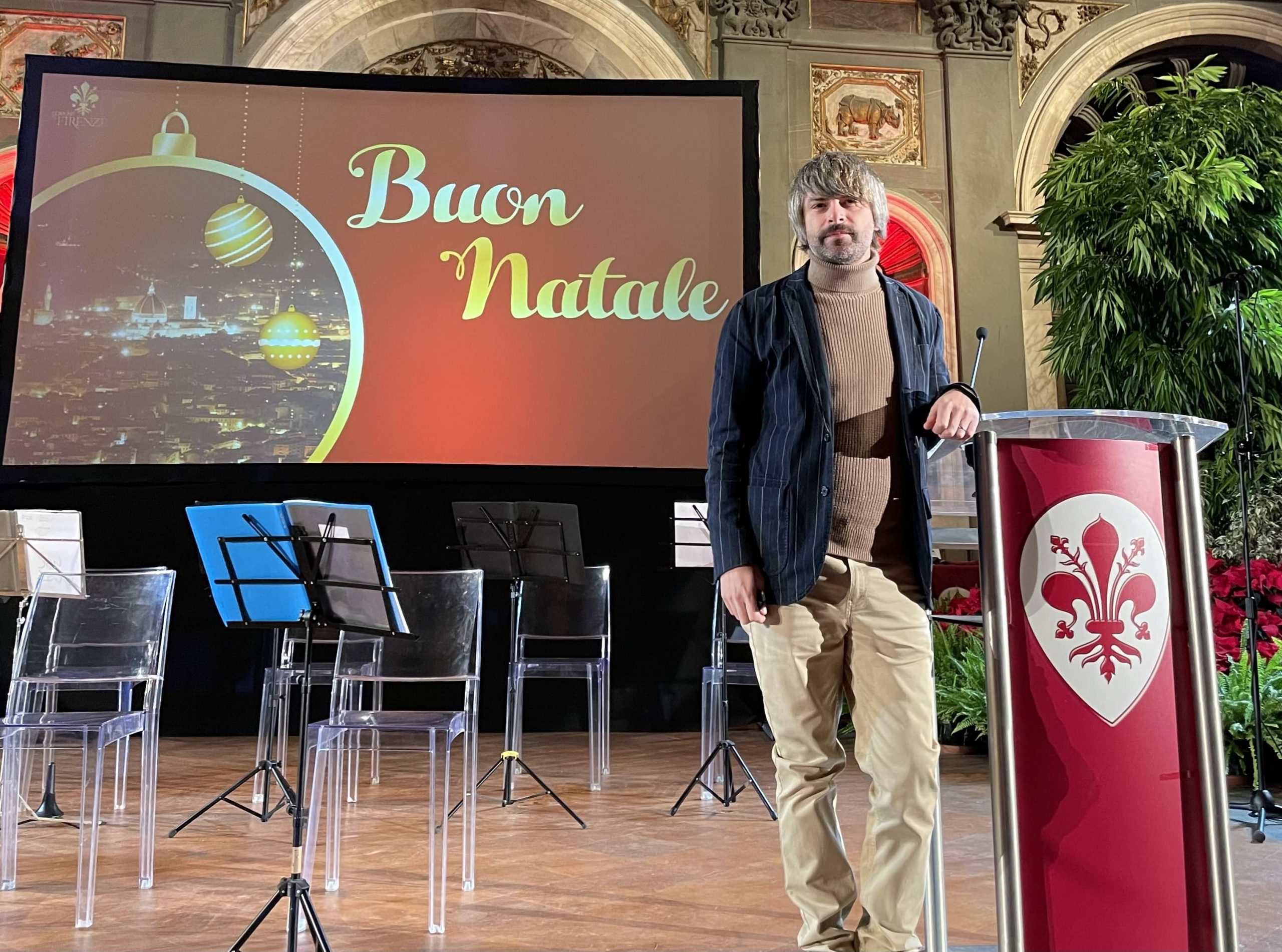 The Mayor gave a heartfelt and unscripted Christmas address, which called for kindness among citizens and thanked all Florentines for their continued efforts to keep Covid-19 infections at bay.

“We’d like to dedicate this Christmas to kindness,” remarked Mayor Dario Nardella. We see a lot of anger and negativity around us. Being kind means taking care of one another, being patient with ourselves and others. Kindness means that we work together, given that this pandemic has taught us that alone we won’t get anywhere.” 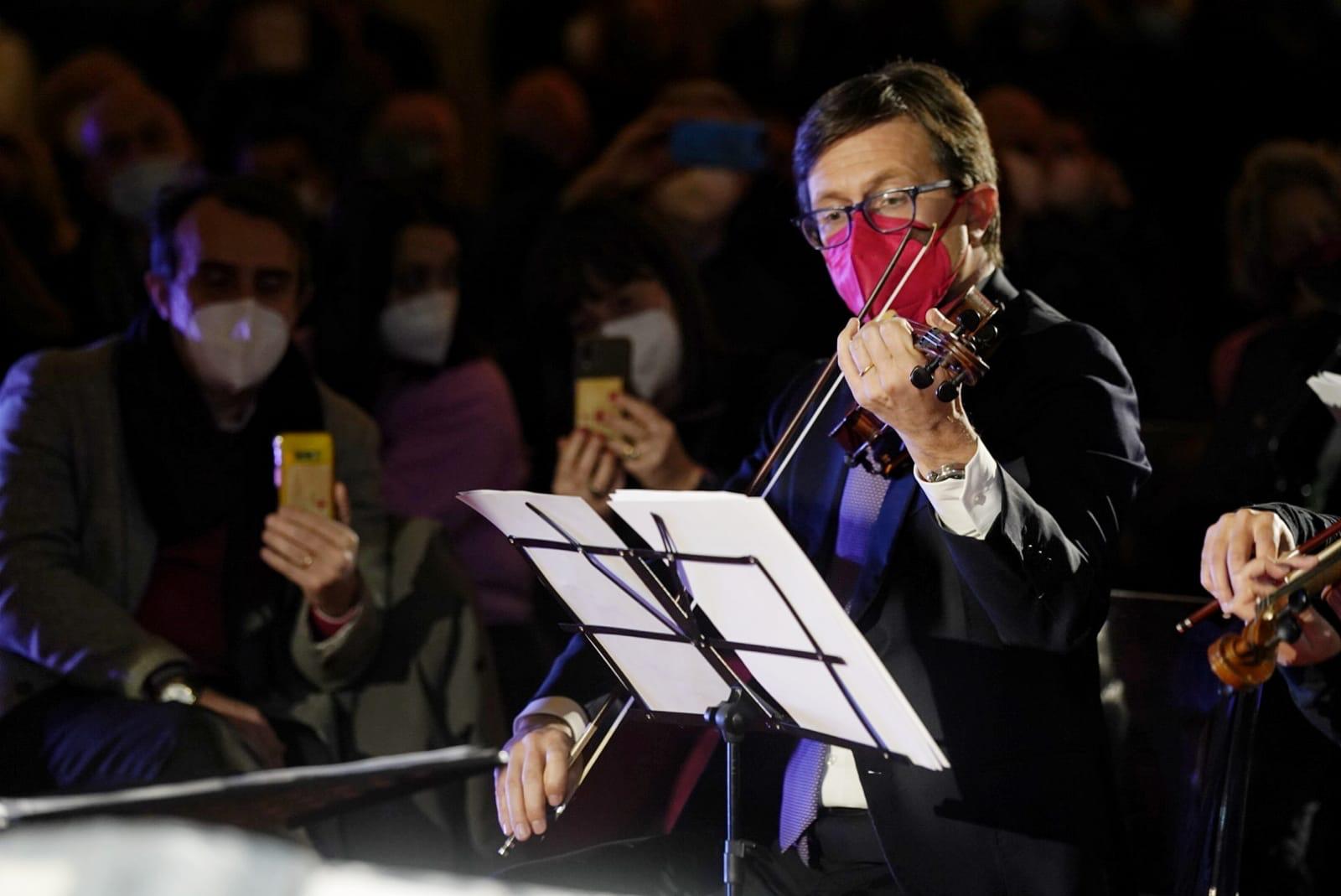 The in-person occasion made a pleasing chance from last year’s season’s greetings when the Mayor spoke from the Palazzo Vecchio via video link. Sitting in the grand fifteenth-century council hall was perhaps the greatest Christmas gift of all, listening to live classical music, gazing up at the gilded ceiling and taking in Jenny Saville’s empowering Fulcrum canvas next to Giorgio Vasari’s mighty battle scenes.