A collection of Russian religious art is now on permanent display at Palazzo Pitti.

The 78 icons were gathered in eighteenth-century Florence by the Medici and Lorraine families and represent the oldest collection of their kind in the world outside Russia. Four spacious ground-floor rooms vaunting seventeenth-century frescoes have been repurposed to hold the display. Just restored, the rooms, which were never previously part of the Palazzo Pitti experience, are now part of a regular visit to the former Medici residence. Wall descriptions in English, Russian and Italian help interpretation of the icons. 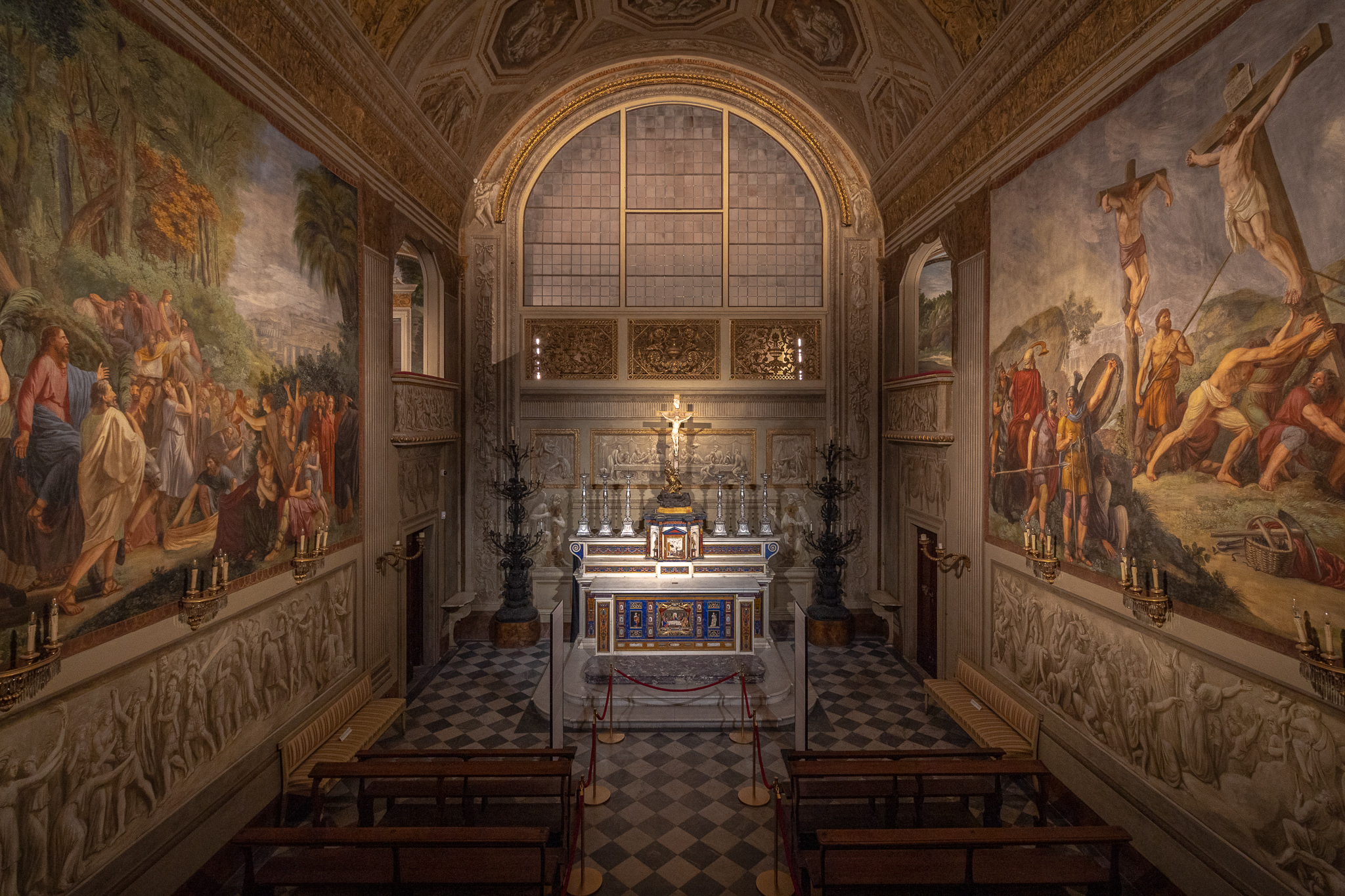 The elegant Palatine Chapel, home to nineteenth-century frescoes by Luigi Ademollo, has also been fully restored and is open daily.

On the occasion of the opening of the Russian Icons Museum at Palazzo Pitti, a virtual exhibition titled Sacred Light: Russian Icons at Palazzo Pitti can be enjoyed on the Uffizi Galleries’ website and the Uffizi has published its first video in Russian as an introduction to the historic collection by Zelfira Tregulova, director of Moscow’s Tretyakov Gallery, the museum with the most important and largest collection of Russian icons in the world. 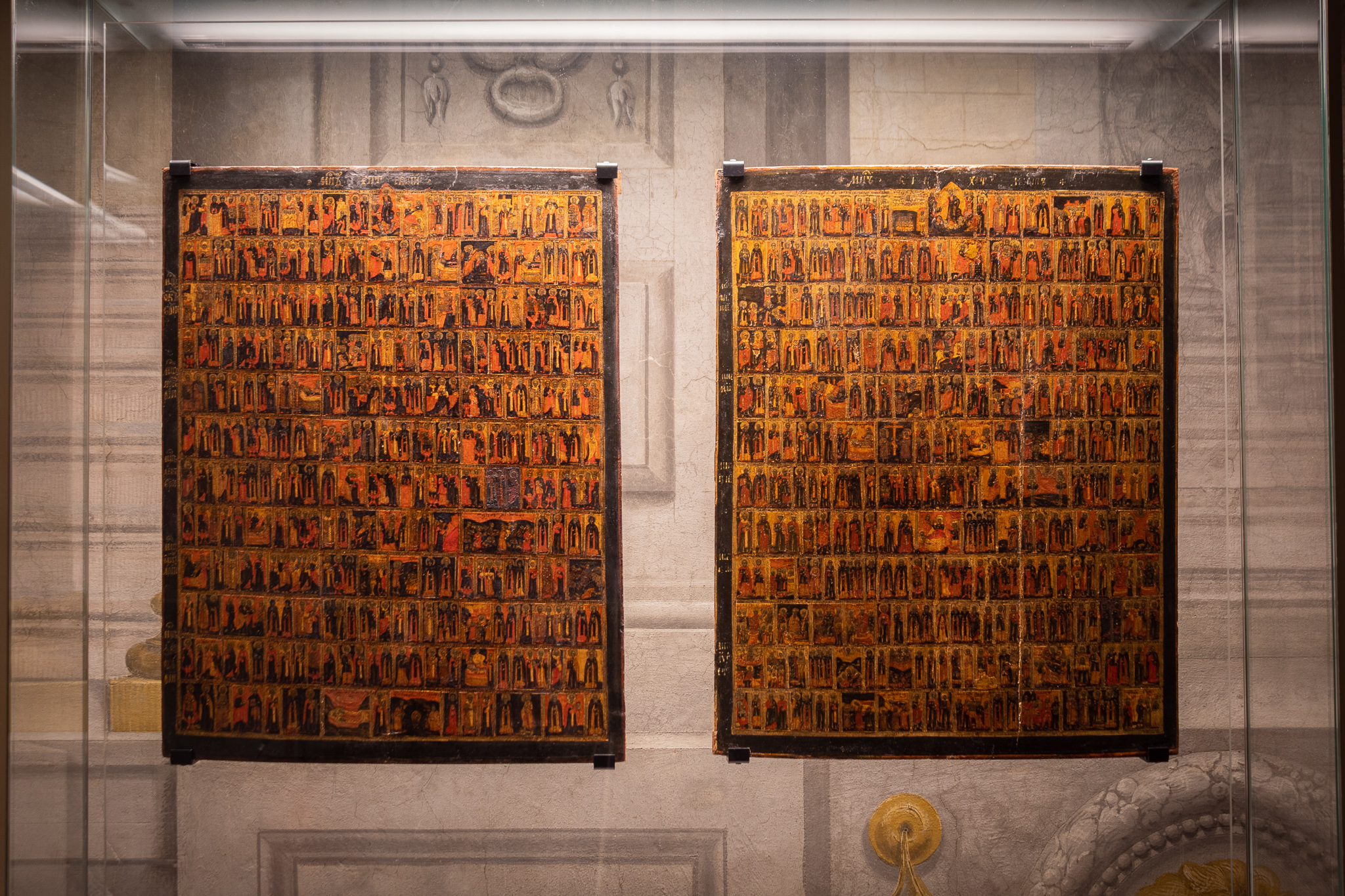 Detail of the Menologium

The Russian icons in the collection were all painted between the late sixteenth century and the mid eighteenth century. The oldest examples belonged to the Medici family and many were painted by the same artists who worked at the Tzar’s court in Moscow as well as by masters in central Russia, Kostroma and Jaroslavl. Highlights include the two panels comprising the Menologium, the calendar of Orthodox religious holidays separated by semesters: each panel consists of 20 horizontal rows showing sacred scenes and figures of saints; the icon of Saint Catherine of Alexandria (1693-94); and Vasilij Grjaznov’s icon of Tikhvin Mother of God, dated July 16, 1728. 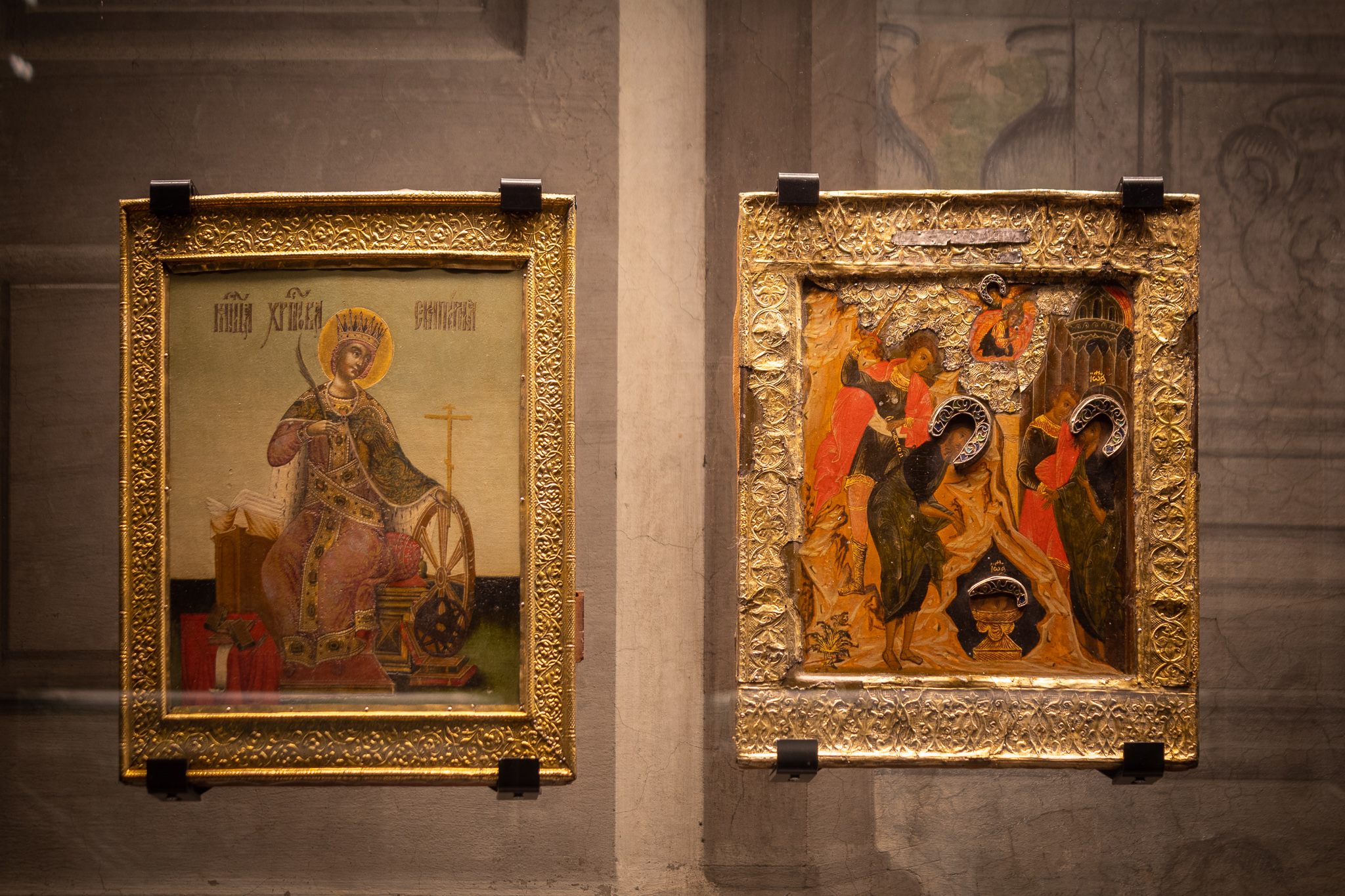 Icon of Saint Catherine of Alexandria

“With the inauguration of the Museum of Russian Icons, which coincides with permanent and daily access to the Palatine Chapel, now returned to its former glory thanks to expert lighting, this is a major step forward to opening to the public all the frescoed rooms on the ground floor of Palazzo Pitti: wonderful ambiences that were used as living spaces by the grand dukes and continue to be used mostly as offices and service spaces,” commented Eike Schmidt, director of the Uffizi Galleries in a press release. “The collection of Florentine icons stand out from others as they are mostly made up of small and medium examples for private devotion by families and for travelling. The closeness of the Russian icons in the Palatine Chapel is a metaphor for a religious bridge between the Orthodox and the Catholic, which share the same spiritual roots and the frequent cultural exchanges between Italy and Russia that have occurred over the centuries and still endure today.”

The entire collection was shown at the Uffizi for a few years in the late eighteenth century as relics of Byzantine painting as part of the rediscovery of Christian antiquity. In 1796, many of the works were removed from display and relegated to the Medici Villa of Castello in the Tuscan countryside, where they remained until the early twentieth century.