The bronze David at piazzale Michelangelo, the Badia Fiorentina bell tower and the facade of the Basilica of Santa Maria Novella all now boast new permanent lighting. The update was donated by Firenze Smart, the City of Florence’s in-house company, on the occasion of the annual winter F-Light | Firenze Light Festival. Although the festival draws to a close on January 9, the technological modernization of the existing systems means that these monuments can control the intensity and colour of the lighting remotely.

A selection of Florence’s monuments receives the gift of updated lighting every winter. Past recipients have included the Loggia del Pesce in piazza dei Ciompi, Teatro Niccolini, the facade of the Basilica of Santa Croce, the church and market of Sant’Ambrogio, Palazzo Pitti, the city’s gates, the exterior gallery of the Church of Santissima Annunziata and the statues in the piazza, the Basilica of San Miniato al Monte, the colonnade of the Istituto degli Innocenti, Poggi’s ramps up to piazzale Michelangelo, via Calzaiuoli and the statues of Bettino Ricasoli and Ubaldino Peruzzi in piazza Indipendenza. 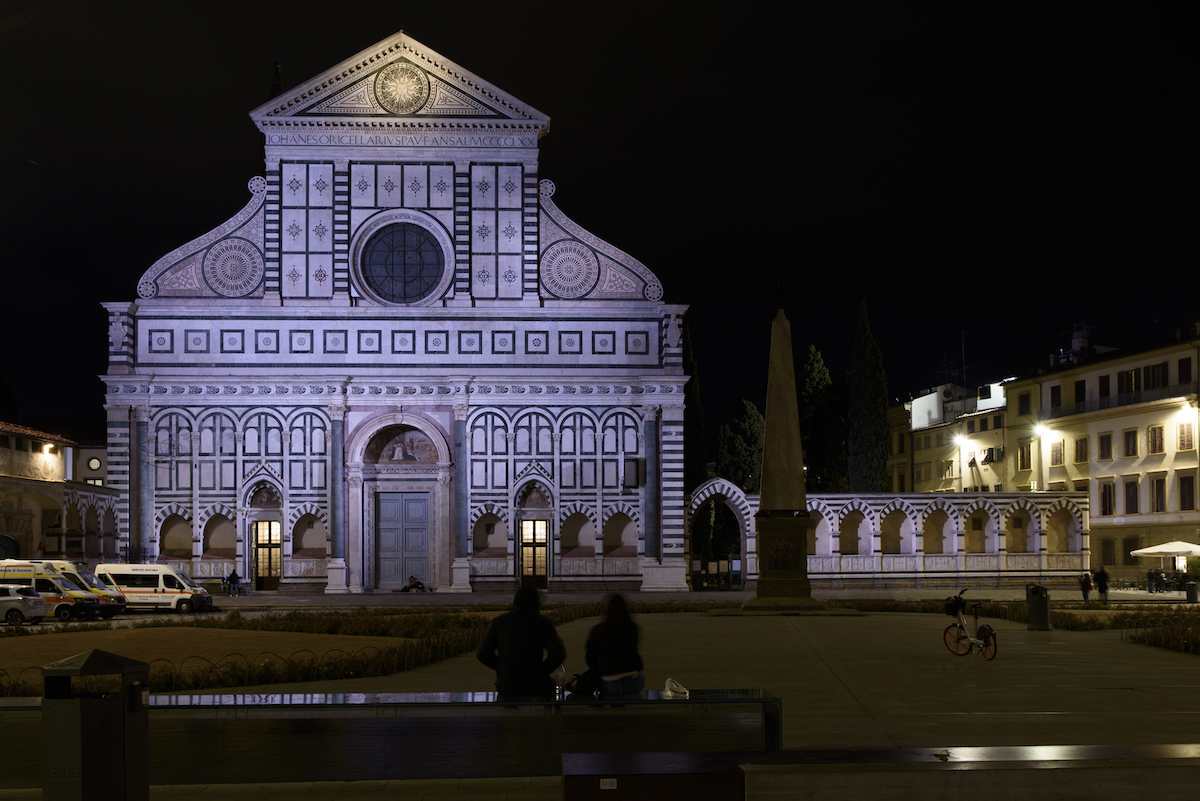 Six white LED devices have been installed around the David copy in piazzale Michelangelo, which use one-sixth of the amount of a household metre. The system means that the nineteenth-century sculpture can be illuminated in other colours too. Warming white light and energy efficiency have also been applied to the fourteenth-century bell tower of Florence’s oldest monastery, Badia Fiorentina with light projectors assembled on the roof of the Bargello and buildings in piazza San Firenze. Meanwhile, at the Basilica of Santa Maria Novella, 12 advanced technology lighting systems have been replaced after ten years, marking a division between warm light on the upper part of the facade by Leon Battista Alberti and the monastery after which the church is named. 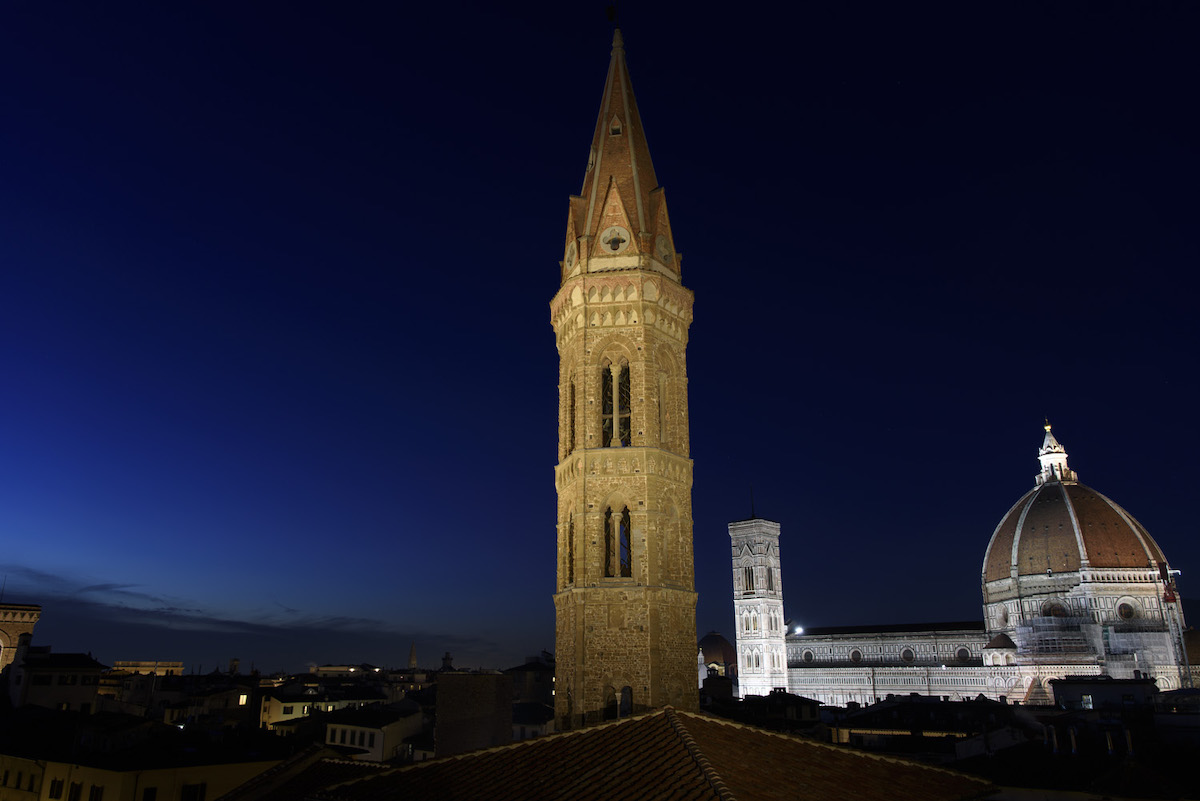