Best events in Florence this January, 2022 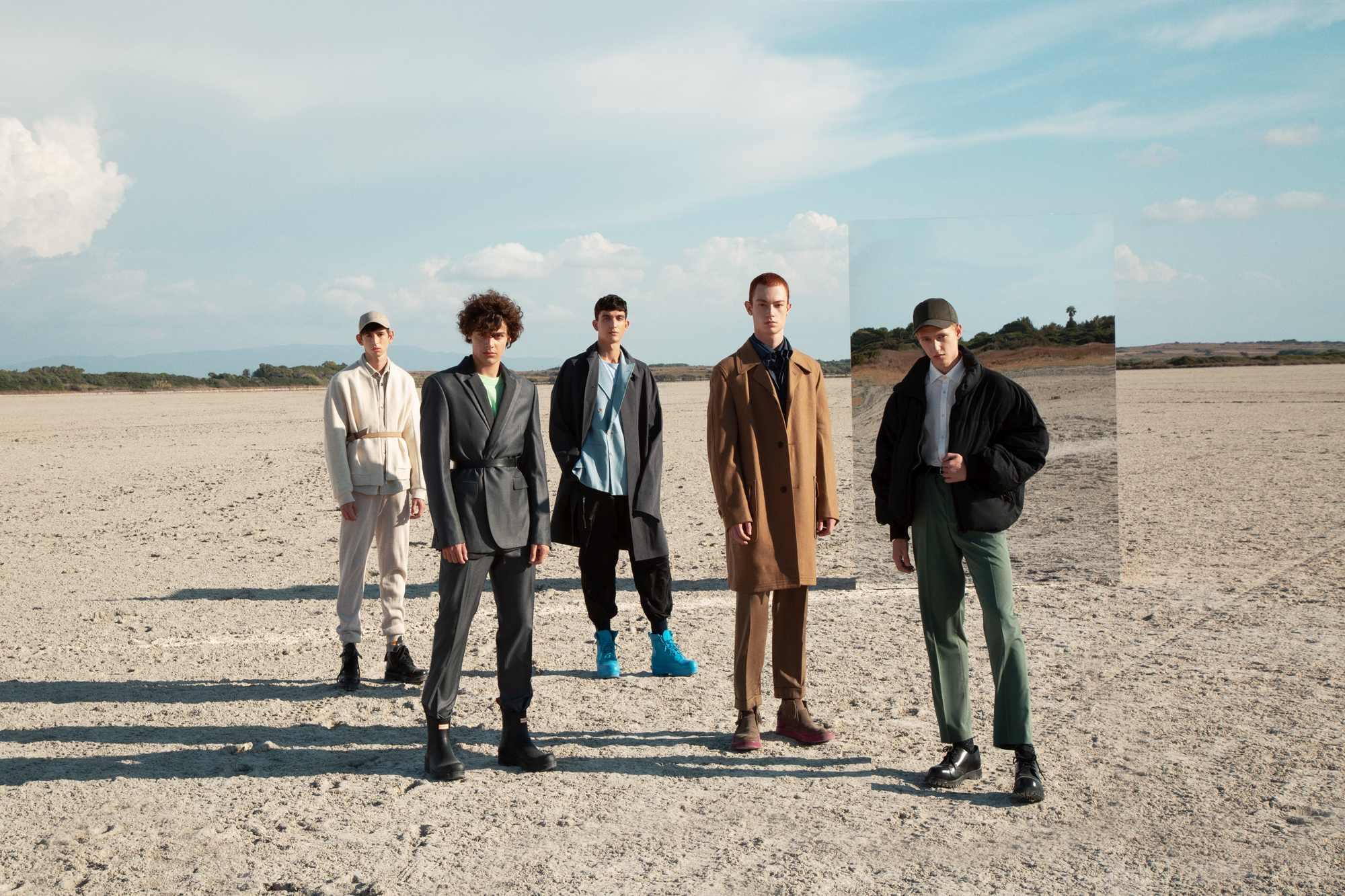 The fashion-filled fest at Fortezza da Basso spreads style all over the city with Pitti Immagine Uomo 101 (menswear) and Pitti Immagine Bimbo 94 (children) from January 11 to 13, and Pitti Filati (textiles) from February 2 to 4. Those in the trade can participate in Vintage Selection 37 from January 11 to 13 in a throwback to fashion favourites of times gone by. This edition’s theme is Pitti Reflections, with Belgian fashion designer Ann Demeulemeester set to be a highlight as special guest on January 12. Polimoda Fashion School feature with an installation by Domenico Orefice at the Medici Pavilion, and unique collections including the Scandinavian Manifesto exhibition project and those by leading names in menswear bring trends, talks and top design to Florence. 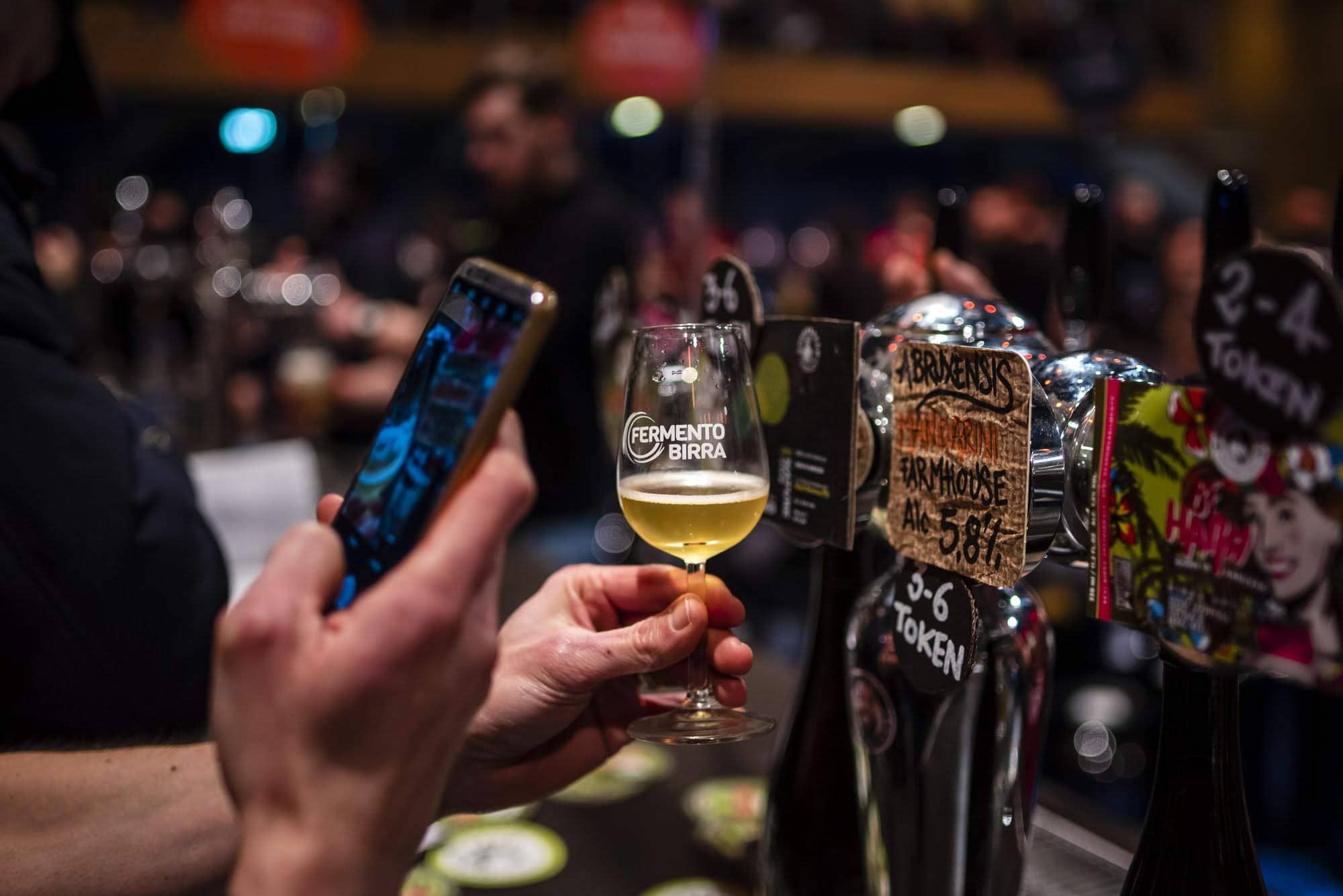 Organized by the Fermento Birra network, 20 producers compete for the Brewer of the Year award with tastings and street food stalls delighting drinkers in the Italian craft beer showcase. Five newer entities go head to head for the title of Emerging Brewer with tasting sessions and ceremonies to announce the winners. A beer pass costing 39 euro (including a reduced entrance fee if pre-booked) guarantees visitors samples of all the beers they desire, with a large seating space for safe consumption. Entrance to the festival costs 5-10 euro. 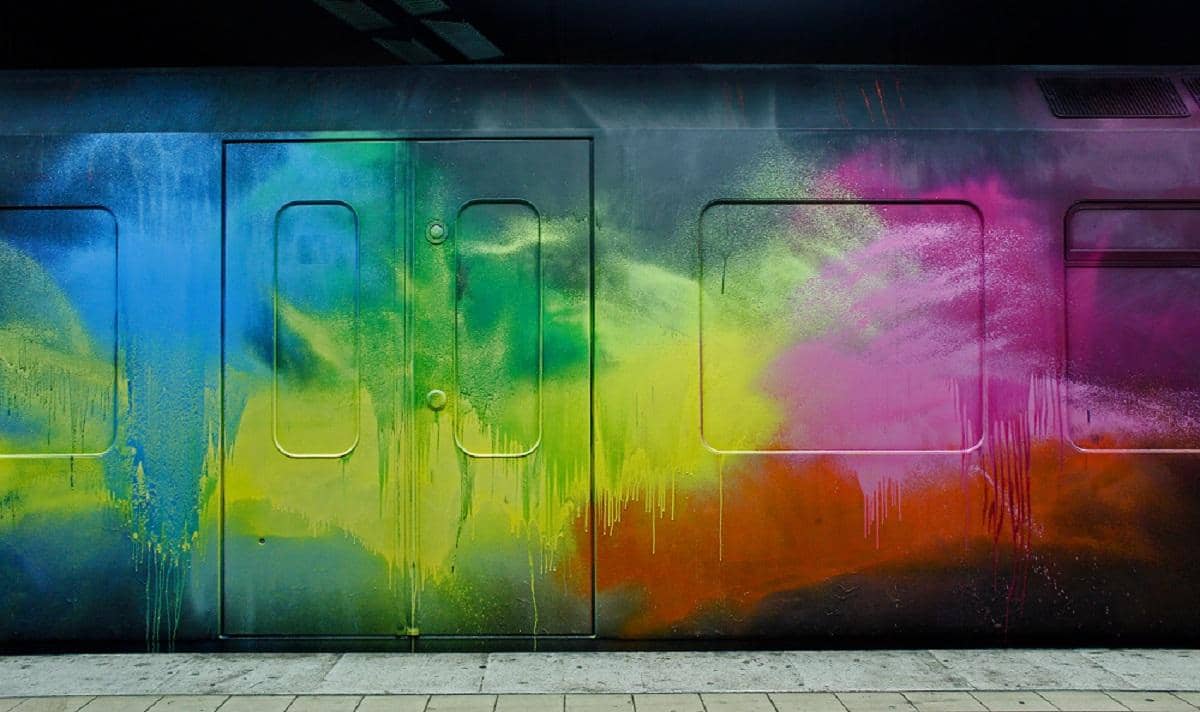 Seduzione by Koen Vanmechelen is the upcoming exhibition by the Uffizi Galleries that will be on show from January 18 to March 20. A fascinating online series takes place every Wednesday at 5pm via Facebook (@uffizigalleries) on a variety of topics. Restored sculptures from the Ginori Museum are on display until June 21 at Villa Medicea La Petraia (via della Petraia 40, Castello / villapetraia@beniculturali.it). With free entry, the stunning setting becomes the temporary home to magnificent restored sculptures. Museo Novecento (piazza di Santa Maria Novella 10) hosts works by Vinicio Berti on the occasion of the Florentine artist’s centenary. Curated by Eva Francioli and Sergio Risaliti, the abstract works were made in mixed media on hardboard that will be on display alongside documents, manuscripts and graphics. HI WOMAN! The News of the Future continues at the Palazzo Pretorio Museum (piazza del Comune, Prato) until February 27 with 22 international artists centred on the concept of Annunciation with various media used in the contemporary artworks. A little further afield, PALP Palazzo Pretorio Pontedera (piazza Curtatone e Montanara, Pontedera) sees Icons by Andy Warhol fill its halls until March 20 in an exploration of the radical figure who changed the world of art, music, cinema and fashion. Palazzo Blu (lungarno Gambacorti 9, Pisa) spotlights Attitude | Graffiti Writing, Street Art, Neo Muralism in an intriguing show featuring 45 artists and over 70 works until April 3, in conjunction with the museum’s celebration of Keith Haring. 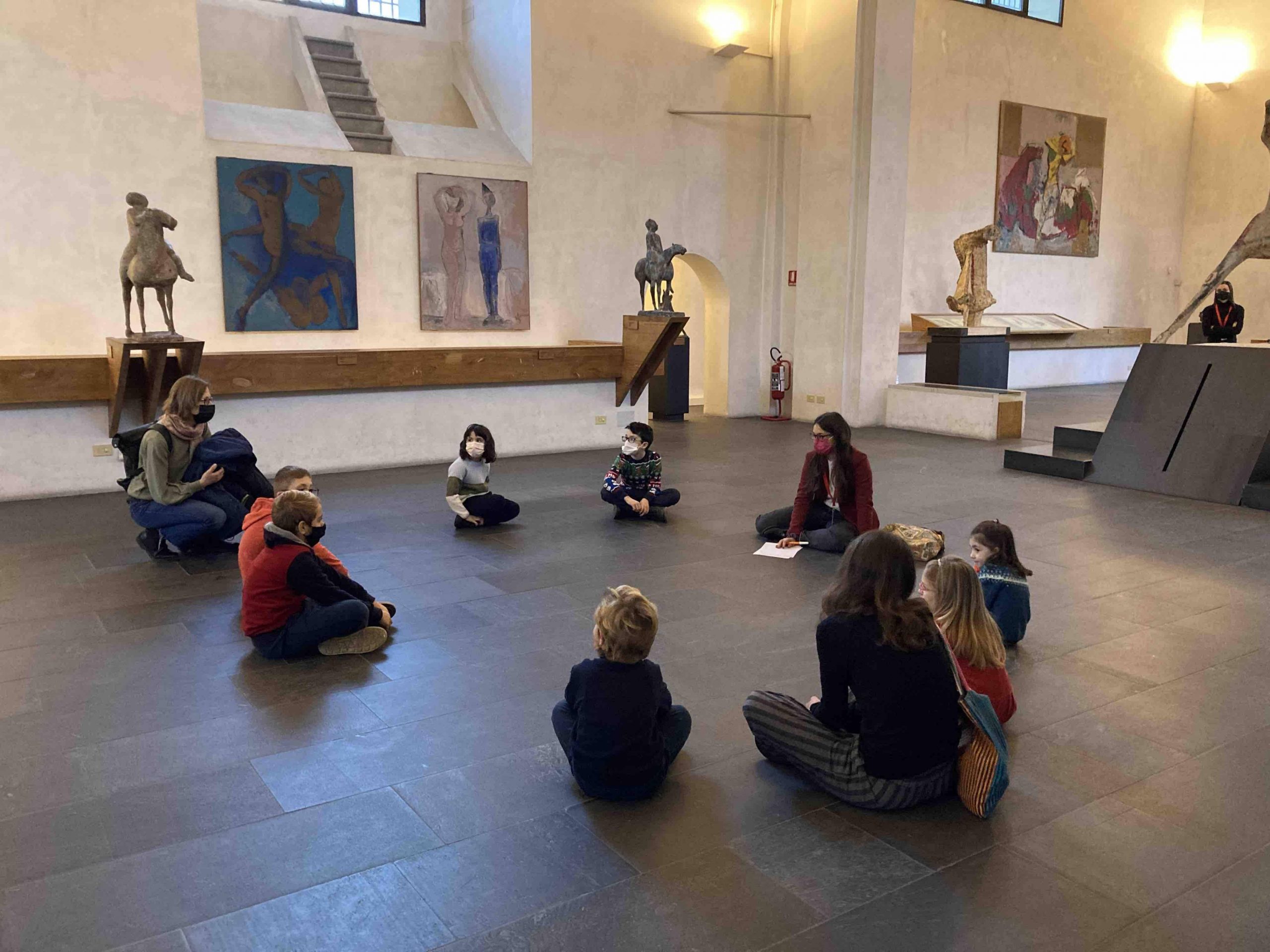 Museo Marino Marini (piazza San Pancrazio) dedicates Sundays to families with artistic workshops for children aged 5 to 12, interactive visits and stories. A treasure hunt through the halls of the Museum of Anthropology and Ethnology (via del Proconsolo 12) is bound to thrill young visitors aged 6 to 12. The clue-filled mystery is titled Europe, Asia, Africa, America: Worlds Compared, and takes place at 3pm on January 16. Winter-themed tours and games come to Giardino dei Semplici (via Micheli 3) at 10.30am on January 22 in the striking 19th-century greenhouses. The Museum of Geology and Paleontology (via Giorgio la Pira 4) is the setting of another family-fun challenge with a ‘Families at stake’ event from 3pm on January 29. Bring young fans of prehistoric beasts to the World of Dinosaurs exhibit at via Costoli 16 in Vicchio for an experience of life as it was when enormous creatures roamed the earth. 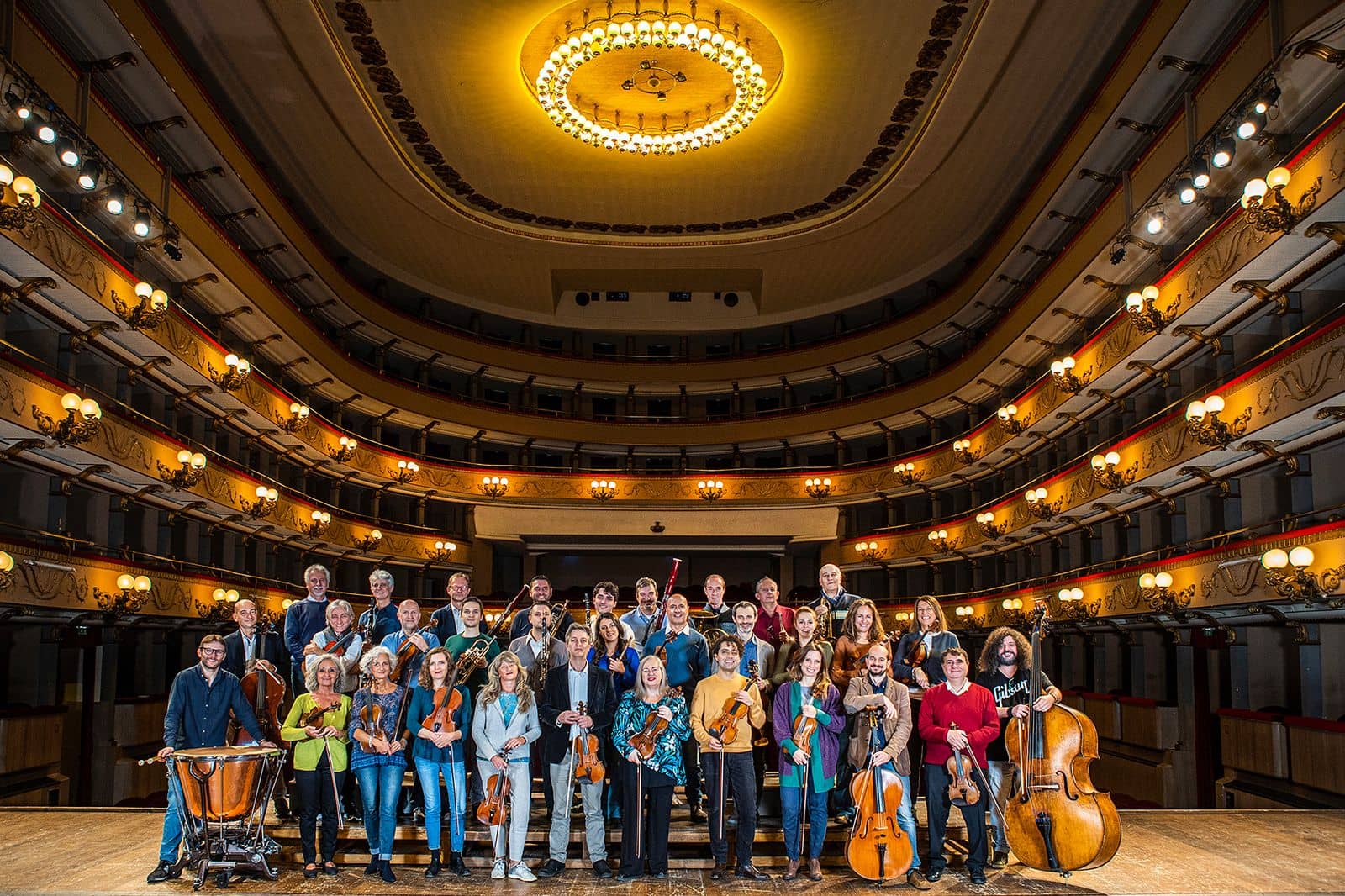 Performances fill our winter evenings with wonderful scores and delightful dramas. Maggio Musicale Fiorentino (piazza Vittorio Gui 1) brings Strauss’ Die Fledermaus to the stage from January 16 to 23, with Cherubini’s Lo Sposo di Tre, e Marito di Nessuna taking over from January 22 to February 8. Teatro della Pergola (via della Pergola 12/32) hosts Monica Guerritore as she directs Bertolt Brecht’s L’Anima Buona di Sezuan from January 11 to 16, a tender political story set in the Chinese province. Fabrizio Gifuni follows with Con il Vostro Irridente Silenzio from January 18 to 23. Don’t miss Jungle Book from February 3-6, directed by Robert Wilson and featuring unique music by Cocorosie in the performance based on Rudyard Kipling’s much-loved classic. Teatro Verdi (via Ghibellina 99) shows familiar classic Ghost from January 14 to 16, the passionate love story of 1990 film fame, followed by the family favourite, Aladdin the musical from January 29 to 30. Other performances suitable for younger audiences can be found at Teatro Puccini (via delle Cascine 41) with the Snow Queen on January 15 and a puppet performance of The Adventures of Pinocchio on January 23. Older audiences, on the other hand, will appreciate Luca Ravenna Rodrigo on January 14 and Oblivion Rhapsody on January 21, with a reinvented Cappuccetto Rozzo performed by Jonathan Canini on January 18. One Man Jail, written and directed by Claudio Suzzi, will be premiered at the Teatro Cantiere Florida (via Pisana 111) on January 25 and 26, using digital resources in a theatre project that will bring the inmates of Florence’s G. Meucci Penal Institute on stage in real time. Orchestra della Toscana conducted by Kazushi Ōno perform with Russian violinist Alena Baeva in a programme of Wagner, Schumann, Fauré and Ravel taking place in Piombino on January 11, Teatro Verdi in Florence on January 12, and Empoli on January 14. Amici della Musica serenade us at Teatro della Pergola on January 15, 16, 22, 23, 24, 29 and 30, with works by Beethoven, Schubert, Ravel, Bartók and Brahms forming the line-up. 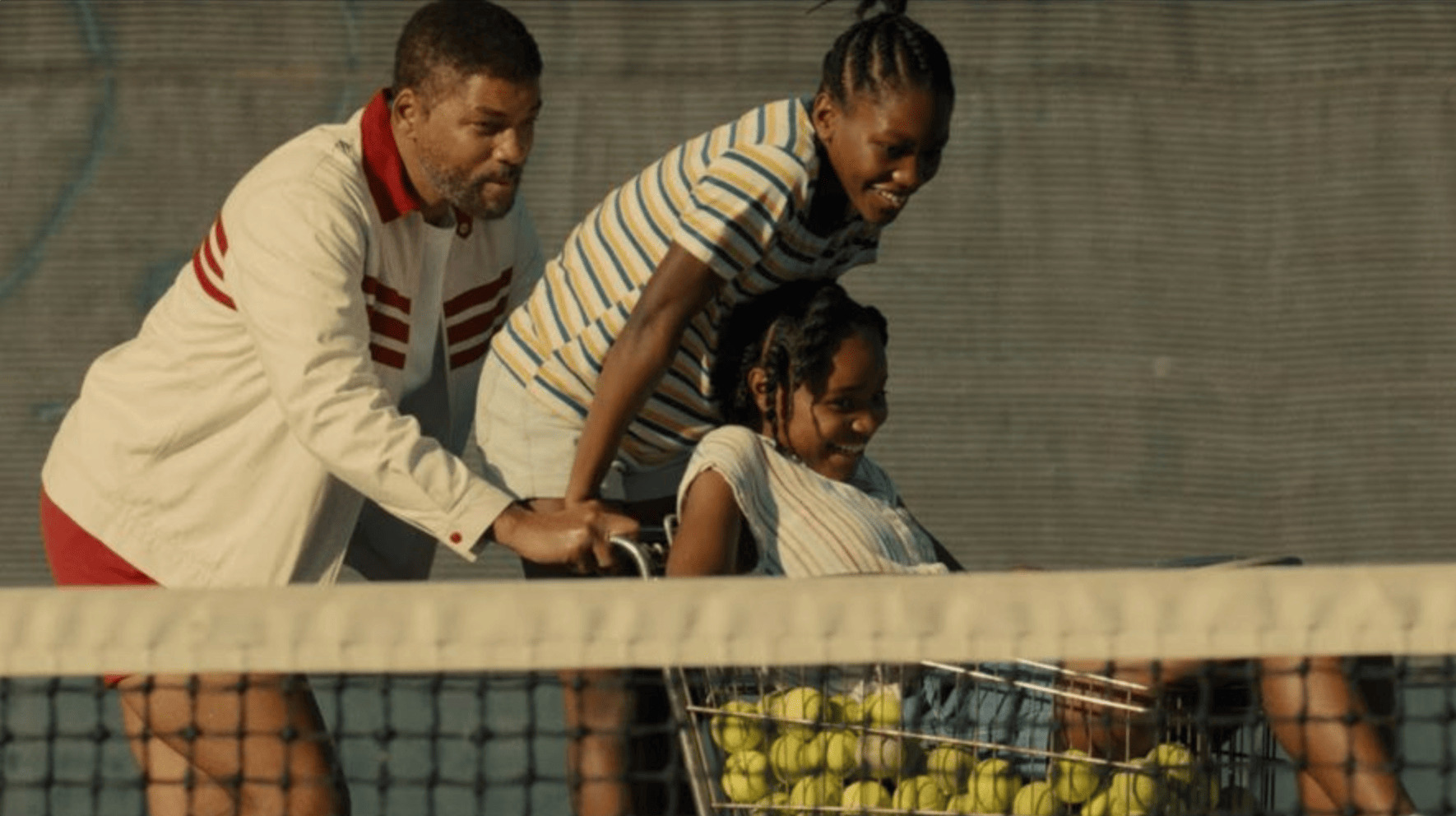 Cinema Odeon Firenze (piazza degli Strozzi) screens latest releases and popular classics including House of Gucci, King Richard, Don’t Look Up and The Power of the Dog in original language with Italian subtitles. See their website for dates and times. Institut français Firenze (piazza Ognissanti 2) screens Le mystère Henri Pick by Rémi Bezançon at 5pm on January 17. Cinema La Compagnia’s (via Camillo Cavour 50) varied calendar includes Pedro Almodóvar’s Madres Palaelas on January 10, as well as The Italian Baba by Elio Germano and Omar Rashid, and La Casa Rossa by Francesco Catarinolo. Peter Bogdanovich’s The Last Picture Show screens on January 11 and Paolo Sorrentino’s The Hand of God is on show from January 12. Screenings of Alfred Hitchcock’s classics come to the big screen from January 17, featuring well-known works such as The Birds. Fondazione Stensen (viale Don Giovanni Minzoni 25) shows Doraibu Mai Kâ’s Drive My Car at 8.30pm on January 11 and 5pm on January 12. Circolo Ricreativo Culturale Antella (via di Pulicciano 53, Antella, Bagno a Ripoli) screen films in English with Italian subtitles at 6pm some Saturdays, with Pupi di Stac hosting puppet shows for little ones and not only several dates this month. Check the websites for languages and times.

The Women’s International Network hold this month’s meeting at 8pm on January 19 with guest speaker Mandy Ginsberg, CEO of the Match Group (worked with leading dating brands including Tinder, Match.com, Hinge, OkCupid and PlentyOfFish), to discuss the world of online dating and life as a female tech CEO. Participation is open to members.

The British Institute of Florence (lungarno Guicciardini 9) hosts a talk by Alan Pascuzzi titled “The History of ‘Pudge’ in the Renaissance” at 6pm on January 26 as part of the Wednesday Lecture Series at the Harold Acton Library. It will also be shown online via Zoom. January 27, on the other hand, will see a romantic piano recital by Simone Tavoni.

Speakeasy Multilingual hosts Happy Hours on Wednesdays at Fonderia Gastro Bistrot (via della Fonderia 61) from 7.30pm to 10.30pm, costing 15 euro for non-members and 13 euro for Speakeasy members. We advise checking the website as event info is currently pending.

Cib’aria is a series of cultural evenings to discover new recipes, music and experiences held at Ostello Tasso (via Villani 17) from 6.30-9.30pm. January 18 takes a Morocco focus led by Kadija, January 25 looks at India as told by Shifali, and February 1 heads to Senegal with Ngone leading the way. See @cibariafirenze on Facebook, @cibaria_firenze on Instagram, or email cibarira.fi@gmail.com for reservations and info.

It’s sales season with the official launch date of this year’s shopping discounts given as January 5. Up to 60 days of lower prices can be found in many stores, making it the perfect month for a restock of essentials and more.