Start the new year with an adventure or two. Lori Anne Lo Presti tells The Florentine about how she moved to Florence and founded the ever-more popular group Ladies Adventures Florence, an all-women community who walk, relax and have fun together in the hills of Tuscany and beyond. 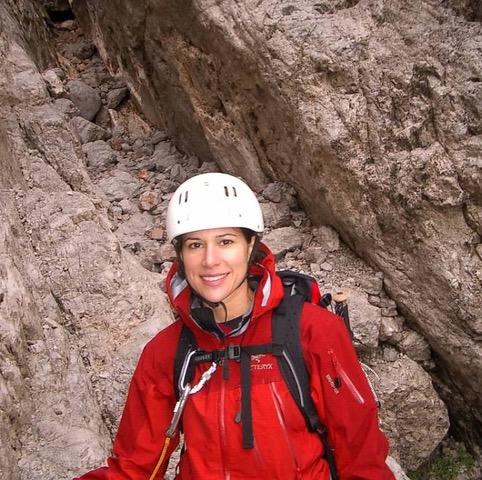 On moving to Florence: In 1990, I studied in Italy and I decided that I was going to live here one day. After university, I worked on a Wall Street trading floor and then helped start up a financial tech company. Then I met my husband on a plane to Milan while I was based in London: we were opening an office in Milan and he was at a party there. At that point, in my mind, I had maybe five more years of working in mind before I wanted to move to Italy. I was thinking of the Dolomites because I did a lot of climbing there. So I said to him, Do you see yourself living in Italy? Because, if not, I’m not sure it’s going to work. And he said, Sure, I could do that. We bought a house outside of Florence in the country and we went between New York, London and Florence for a while. My daughter was born in 2008, my son in 2010, and so we didn’t travel back and forth that much. Then we settled here. 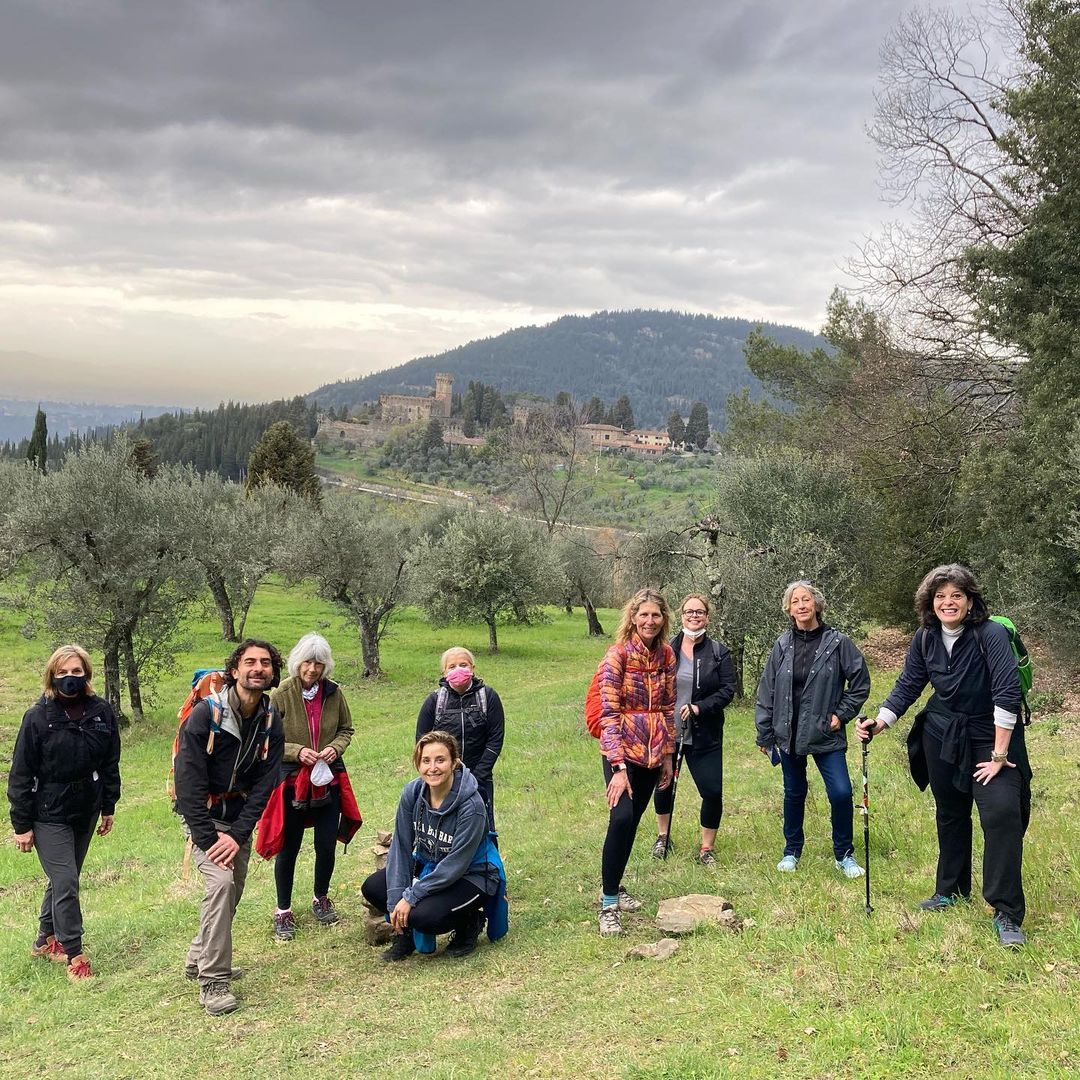 On adventuring: I’ve always been a bit of an adventurer. I’m not comfortable just being in one place. I love travelling, seeing the world and meeting new people. When I was younger, there probably wasn’t much that I wouldn’t try in terms of adventure. Now that I’m older, I’m more reserved. When I was 40, I had my daughter and retired from Wall Street. Since then I got a degree in health coaching and specialize in hormone and gut health. Information empowers us, especially women. As I started walking in the countryside, I thought, I want to get out in the mountains more. I want to meet more people and learn Italian.

On Ladies Adventures Florence: For the last five years, I hesitated to start Ladies Adventures because I never had the time to build and market it. Finally I realised that I was never really going to have the time to do that, so I decided to wing it and make a WhatsApp group with four or five friends and say, Hey, do you want to go on a hike? Now there’s about a hundred people in that WhatsApp group and many of them heard about it by word of mouth. This is the infancy stage of my vision because I’d like Ladies Adventures to become a place where women have various ways of empowering themselves through walking, hiking and health. There are semi-urban walks, which are great for non-hikers. For example, we did the Cascine the other week and people who have lived here for 20 or 25 years learned a lot from the guides. We also did a multiday adventuring along the via Francigena. Now I’m starting the Anello del Rinascimento, which is a wider ring around Florence. It’s fabulous for those of us who live here because it’s not that far out and it completes this amazing picture of the topography. Slowly, I’m bringing in some health coaching with a nutritionist to cover stress resilience and hormones. The group works on a membership basis because I want people to feel that they’re a part of something. Right now, it’s a token fee of $25, so that everyone can join. 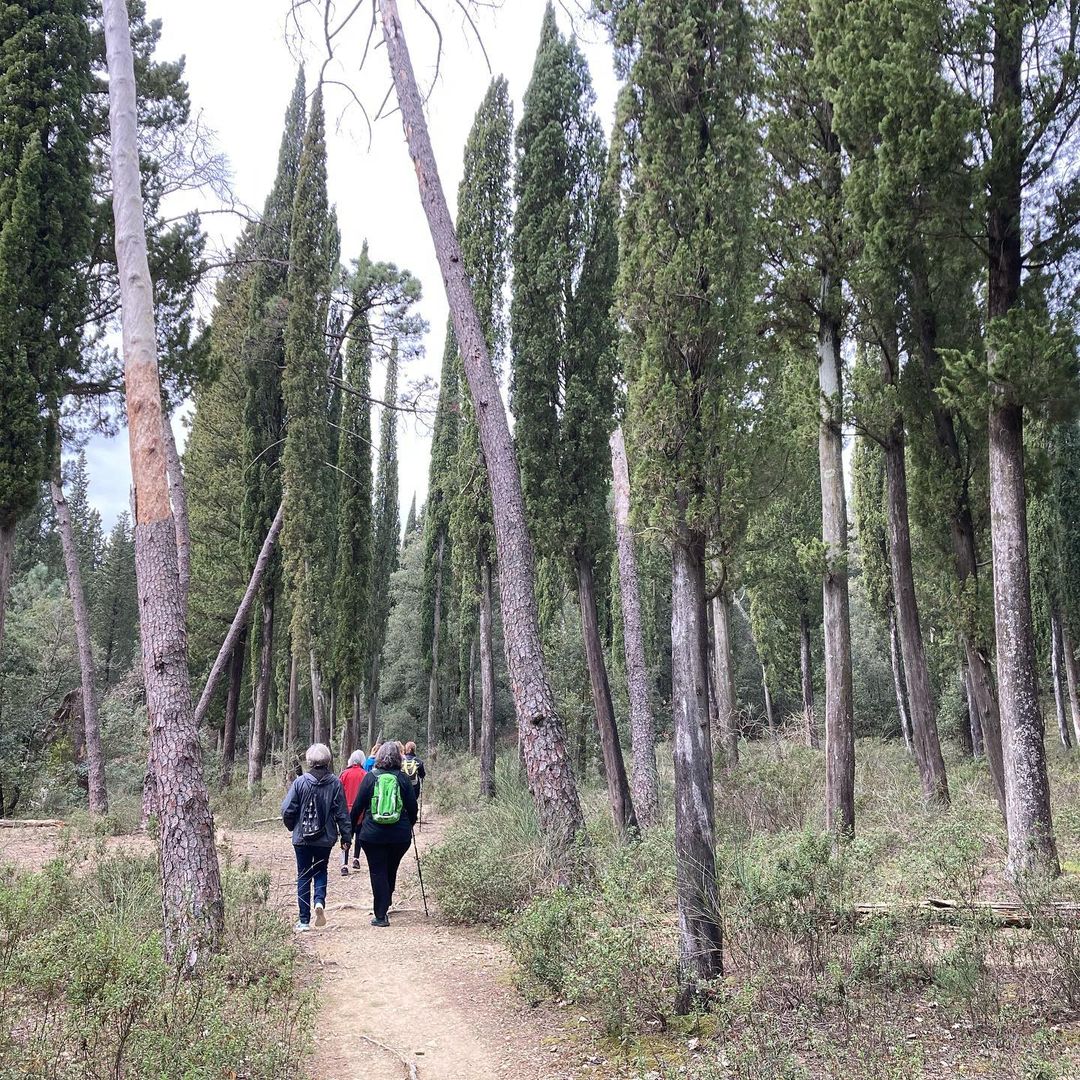 On Girl Scouts Florence: I started the Girl Scout group about five years ago when they were just mere brownies and now they’re cadets. We did all kinds of badges and adventures, things that typically girls wouldn’t do here in Italy. I taught them about science and computing, and we made jewellery, but we really talked about the importance and the history of jewellery in society and different cultures. These girls felt empowered by it. They’d go home and say to their parents, Mom, I’m a Girl Scout and I can do anything. The parents commented on how different their daughter had become: she’s strong, she’s powerful. After a while, we updated the adults on what we’d accomplished and the moms said, You should do this for us! When are we going to have Adult Girl Scouts? That’s what prompted me to get going with Ladies Adventures because it’s not so different. The more information we have, the better decisions that we can make. Being in nature is such a natural antidote for stress, both for kids and adults. Someone told me that, at Careggi Hospital, they’re prescribing time spent in nature because it lowers blood pressure and the heart rate. It’s becoming part of the culture for health and wellbeing. 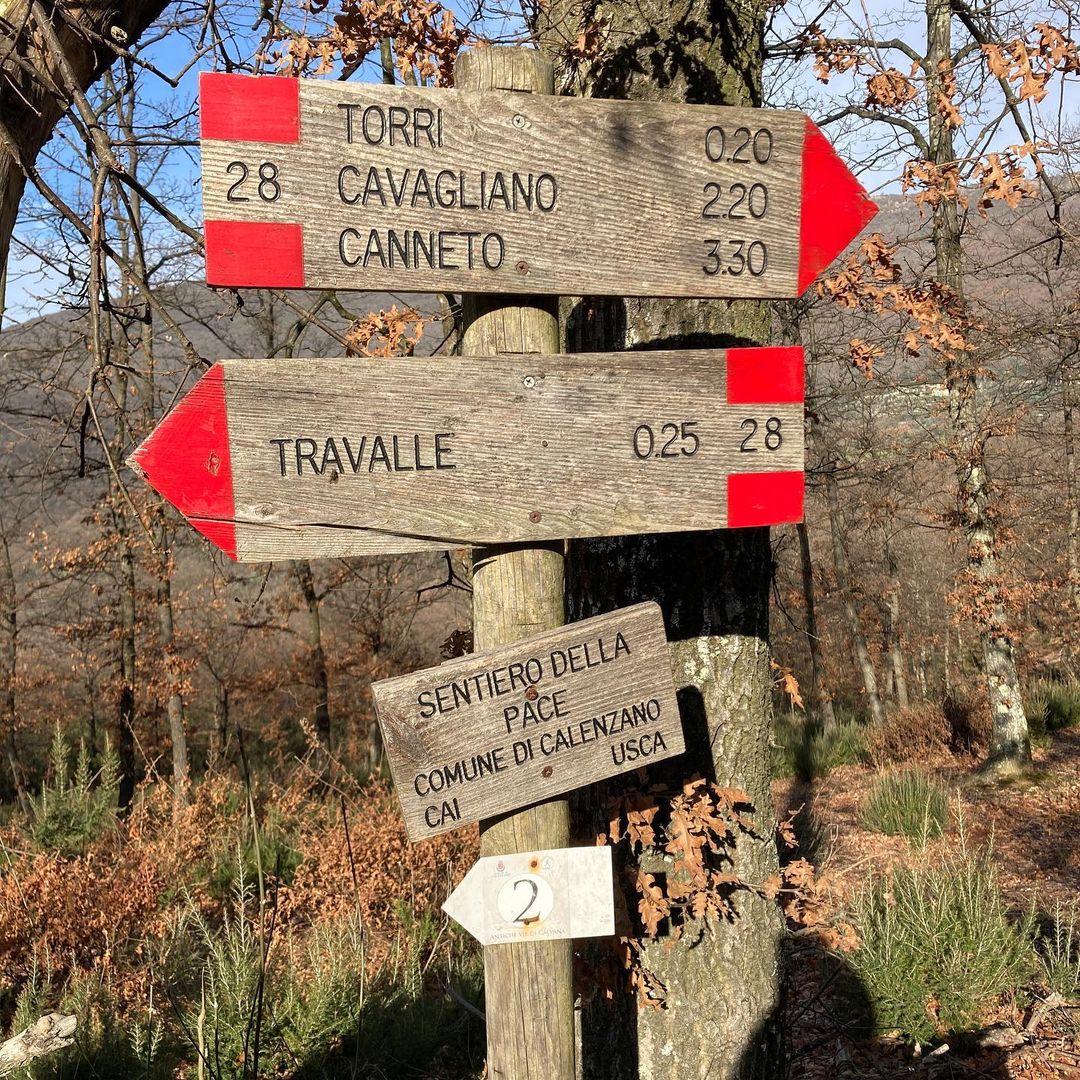 On 2022: In January and February, we’ll mostly be doing more of the semi-urban walk series and parts of the Anello del Rinascimento, whereas in March and April, we’ll have some of the Francigena. Some also serve as training hikes because they are longer, like 20km. Even though we’re Ladies Adventures and it’s all about women, Italy is a family-oriented country and culture. That’s why we have family hikes and also a couples hike. Last summer, our ladies brought their guys along and we had a nice aperitivo in the country.