Florence and Kyiv stand side by side: Editor’s letter

Florence has a long relationship with Kyiv, so it was no surprise that 5,000 or so people gathered in piazza Signoria on February 27.

Florence has a long-standing relationship with Kyiv, having been twinned with the capital of Ukraine since July 27, 1967, when Catholic Mayor Piero Bargellini sought diplomacy with his Communist counterpart during the Cold War, a year after the devastating Florence flood of 1966. Sharing a history based on culture, in 2015, Florence gave a statue of Dante to Kyiv and, in 2021, the capital of Ukraine reciprocated by gifting a statue of the poet Taras Shevchenko to Florence, which continues to stand in the courtyard of the Oblate library. Just step through the gate and turn to the right. The base bears the powerful inscription: Great Ukrainian poet, painter, thinker and humanist. Defender of freedom and civic duty. Fight and you will win.

And so, it came as little surprise that more than 5,000 people gathered in piazza della Signoria on Sunday, February 27, as a show of support for the Ukrainian people and against war in general. Florentines stood in solidarity with numerous other nationalities as Mayor of Florence, Dario Nardella, spoke from outside Palazzo Vecchio. He was joined by the president of the Tuscany Region, Eugenio Giani, the Archbishop of Florence, Giuseppe Betori, and Rabbi of Florence’s Jewish Community, Gadi Piperno. Oxana Polattaitchouk, spokesperson for the Ukrainian Consulate in Florence, thanked the city for its support. “You’re an extraordinary people, an example of civility and democracy.” The rally came at the end of the Mediterranean Forum, which was attended by over 100 mayors and bishops from Mediterranean countries, and resulted in the signing of the Florence Charter “to study and work for peace, justice and fraternal coexistence in cities”. Download the Florence Charter here. Speeches were given by Audrey Azoulay, director general of UNESCO, and Filippo Grandi, United Nations High Commissioner for Refugees, as hundreds of thousands of people fled Ukraine into neighbouring countries. Tuscany has vowed to welcome refugees, providing accommodation in former Covid reception centres. You can read about ways to help Ukrainians as photographer Vincenzo Maccarrone encapsulated Florence’s support in the iconic cover image of Ponte Santa Trinita lit up in yellow and blue on February 26. 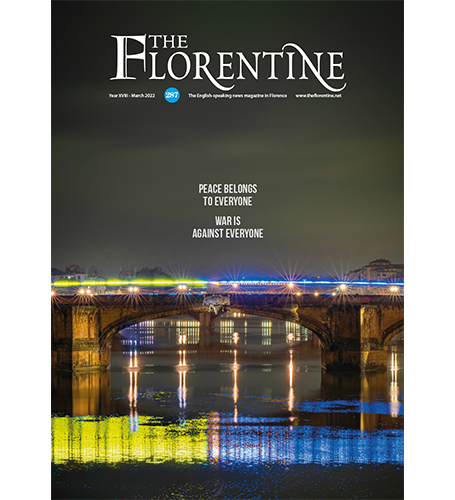 BUY THIS ISSUE – The Florentine March 2022

Before war broke out in Ukraine, we had tailored this month’s edition as The Food Issue, which is why you’ll find interviews with chefs and food influencers, an overview of the rise of fine bakeries (page 8) and a review of Florence’s hottest new opening, Gucci Giardino 25 (page 9), both written by Phoebe Hunt for The Florentine. Photographer Robbin Gheesling shows us a different side of the city’s wine doors (page 13) and Hershey Felder explores Pampaloni’s artisanal silver workshop/wonderland in via del Gelsomino (pages 22-23). Catalin Varela sums up the best places to eat for celiacs (page 20), Hayley Daffern does a round-up of cheap eats on a student budget and Harry Cochrane dedicates (or doesn’t) a poem to a certain sandwich shop on via dei Neri (page 17). On the wine front, Gabriele Gorelli explains his first twelve months as Italy’s only Master of Wine (page 18) and Ruffino’s president, Sandro Sartor, sits down with David Bach to explain his company’s successful approach to the pandemic (pages 26-27). This focus on food in Florence is a fitting tribute to Fabio Picchi, the chef and owner of Cibrèo, who died last week aged 67. The life and soul, pride and joy of the Sant’Ambrogio neighbourhood, Picchi opened his first restaurant in 1979 before slowly building a Florentine food-centric business within the same quadrangle of the historic centre.

If you’re feeling low, head to the Opera del Duomo Museum where Michelangelo’s three Pietà statues—Bandini Pietà, Rondanini Pietà and a cast of the Vatican Pietà—stand side by side for the first time in a vision of pure beauty. Or find solace gazing at the nine bronze busts of Michelangelo attributed to Daniele da Volterra in the Accademia Gallery. 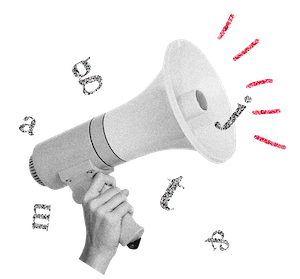