Miriam Hurley and Lexie Cimko created the Speakeasy Multilingual get-togethers in Florence in 2014.

Many an expat has found the familiar problem of meeting friends who then leave for their respective country. Miriam Hurley arrived in Florence for the first time in 1994, before several back and forths, and eventually finally settling here in 2004. “Each time I came back, I found that I had no friends again,” Miriam comments on the phenomenon of frequent friendship changes in the city. “Every foreigner in Florence I know has this problem because people come and leave, and come back again.”

To stay sociable in spite of the regular flux of friends, Miriam, along with co-founder Lexie Cimko, created the Speakeasy Multilingual get-togethers in 2014, starting with one or two attendees before quickly growing to groups of a 100 during peak summer sessions, with average numbers pre-pandemic at 40 and currently around 20. The social meet-ups have taken place in various venues on Wednesday evenings, with many nationalities attending the international aperitivos that are also well-attended by Florentines in a successful integration of communities.

“We often get people with cultural shock or solo travellers in the city for a day or two, and then there are long-timers looking to make friends or those curious about other cultures,” Lexie explains.

Inevitably, the pandemic put a halt to the events for the best part of two years, but that hasn’t stopped the pair from expanding. The website details helpful tips on life in Florence and partnerships with businesses are available for members. The group recently hosted a silent art auction for Ukraine, raising around 2,500 euro, and the upcoming calendar features an art crawl and self-defence course, all formed out of connections made at the social sessions.

The positives of sharing cultures and languages needs little elaboration, and the personal perks for the founders is a question that’s easily answered. “For me, it’s definitely the people and the friends that we’ve made,” Miriam shares. “I see people come in who may be a little anxious and think it’s like a school cafeteria environment, and I love bringing people together. One Saturday, I was walking around the centre with my daughter and I saw a regular attendee. I realized that everyone in the group with him had met at Speakeasy.” Lexie adds: “That’s what I like too, the connections, and when people relocate here and find friendships because of Speakeasy. It’s lovely to hear people say, Wow, it’s such a nice and welcoming group of people.”

We’re all aware of the importance of connection and community-created groups like Speakeasy Multilingual are an essential part of the city’s social fabric. 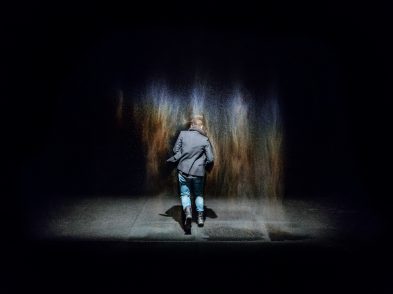