The future of Florence is green

Mayor of Florence, Dario Nardella, outlines the city's green plans for the future, including new parks and a circulation charge.

After two years of the pandemic, which brutally changed the priority levels and upset the previous balance, now is truly the time to focus on a new start that is strengthened by the experiences that Covid has taught us.

The health, social and economic emergency that we have faced (and, to a lesser extent, continue to face) cannot have left everything the same as it was before: it has provided us with an incredible opportunity to rethink certain choices and seek out new horizons.

The environment is the first thing we need to reconsider. I mean the environment in the broadest sense of the word. Not just more greenery, but more importantly a new sustainable vision of the city and its hinterland. The environment and environmental policies that permeate all of our administration’s actions. The environment as the recurrent theme in a city whose way of life becomes healthier, easier and better.

We are starting with the initial Next Generation EU and the REACT-EU funding in particular. That’s about one billion and 100 million euro for the whole of Italy and Florence is receiving 80 million. This is the first chapter in the funding that will help Florence in its recovery.

Out of that 80 million, the lion’s share has been earmarked for the environment: 43 million, to be precise. Work will be done to make schools, sporting facilities and offices more energy efficient; our parks will be rethought, and currently unused or underutilized areas will be reclaimed; and, yes, more trees will be planted.

One of the main projects involves the first phase of the new Florentia park, which will become the second biggest park in Florence after the Cascine, covering 90 hectares, updating the current Argingrosso park, and regenerating the former Poderaccio (once inhabited by nomads) and Gover (a derelict factory) on the other side of the Arno. We’re talking about a big, new park for the city, with sports facilities, playgrounds and more woodland, as well as a space focused on climate change with exhibitions, workshops and multimedia halls.

We are especially focused on the air that we breathe. We have developed 17 kilometres of operational tramlines, 94 km of bicycle paths and 9 km of cycle lanes, and in the last five years we have renewed half of our buses with about 200 new vehicles. We’ve also installed 410 recharging stations for electric vehicles in public spaces. Our electric transport sharing services are active with 900 scooters, 600 mopeds and 100 cars, plus 1,000 e-bikes and 2,000 standard bikes make up our bike sharing fleet. Seventy-two new licences have been granted for electric taxis and 226 hybrid taxis out of 790 taxis in total.

Our future projects include the Scudo Verde, a low-emission zone extended across 66 per cent of the residential city, with 81 e-gates and no-entry up to Euro 4 vehicles, another 22 km of tramlines already planned and financed and a further 12 to fund, in addition to the introduction of the Smart City Control Room to manage traffic flow digitally.

All these projects will make Florence increasingly innovative in the next few years, in line with—if not ahead of—the sustainability targets set out for Europe. 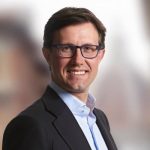 Dario Nardella has been the Mayor of Florence since 2014. 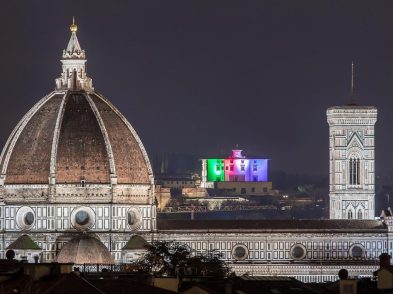 A Christmas message from the Mayor

This Christmas will be very different than usual: no showiness, none of the usual crowds, unfortunately no spending time together, which has always been traditional for the holidays.     ...